Home / Articles / Solar Orbiter Blasts Off for the Sun

Solar Orbiter Blasts Off for the Sun

Home / Articles / Solar Orbiter Blasts Off for the Sun

Solar Orbiter Blasts Off for the Sun

The Solar Orbiter mission will take high-resolution pictures of the Sun, at a mere 42 million kilometres from its surface.
ESA/ATG medialab
Share
Share
On February 10, the European spacecraft Solar Orbiter will launch and head for the Sun, with the aim of unravelling some of the mysteries surrounding the physics of our star.

Blazing at the centre of our Solar System for the past 4.5 billion years, the Sun still conceals many secrets in its corona, the envelope of highly ionised gas that surrounds it and can be seen as a glowing ring during solar eclipses. Developed by the European Space Agency (ESA), Solar Orbiter1 is intended to shed light on these puzzling phenomena.

"Designed to study the Sun at close range with unparalleled resolution, the mission should help solve several enigmas about the activity of our star and its influence on its immediate environment, something that remote observation is still unable to do," says Milan Maksimovic, senior researcher at the Laboratory for Space Science and Astrophysical Instrumentation (LESIA)2 in Meudon, near Paris. As a participant in the project, the scientist will be able to enjoy a grandstand view of the spacecraft’s launch at Cape Canaveral, Florida, (US).3

Understanding sudden outbursts from the Sun

Thanks to Solar Orbiter, astrophysicists hope to elucidate why the Sun’s corona is so hot. “The corona’s temperature exceeds one million degrees, whereas the surface of the Sun (the photosphere), which is closer to the core where the heat-producing nuclear reactions take place, is at a mere 5,500 °C,” the researcher points out. The mission should also improve our understanding of the processes — "which are not yet fully clear" — that give rise to the Sun’s magnetic field and its variations, as well as of the mechanisms that generate and accelerate the solar wind, a flow of ions and electrons ejected into space at speeds of up to 800 kilometres per second (km/s).

Understanding these phenomena is of crucial importance, not only for basic research but also for improved forecasting of the sudden outbursts of particles from the Sun, known as solar flares (or storms). Linked to a rapid, violent reconfiguration of the star’s magnetic field and sometimes ascending several hundred thousand kilometres above the solar surface, it is these jets of highly energetic ionised particles that cause the aurorae visible at the Earth's poles. But they can also disrupt the operation of satellites and power grids, and potentially irradiate astronauts. 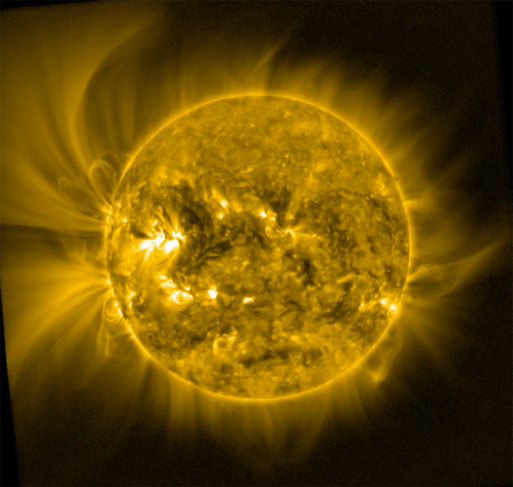 The solar corona as seen by Proba-2. The photograph shows the paths of solar flares. 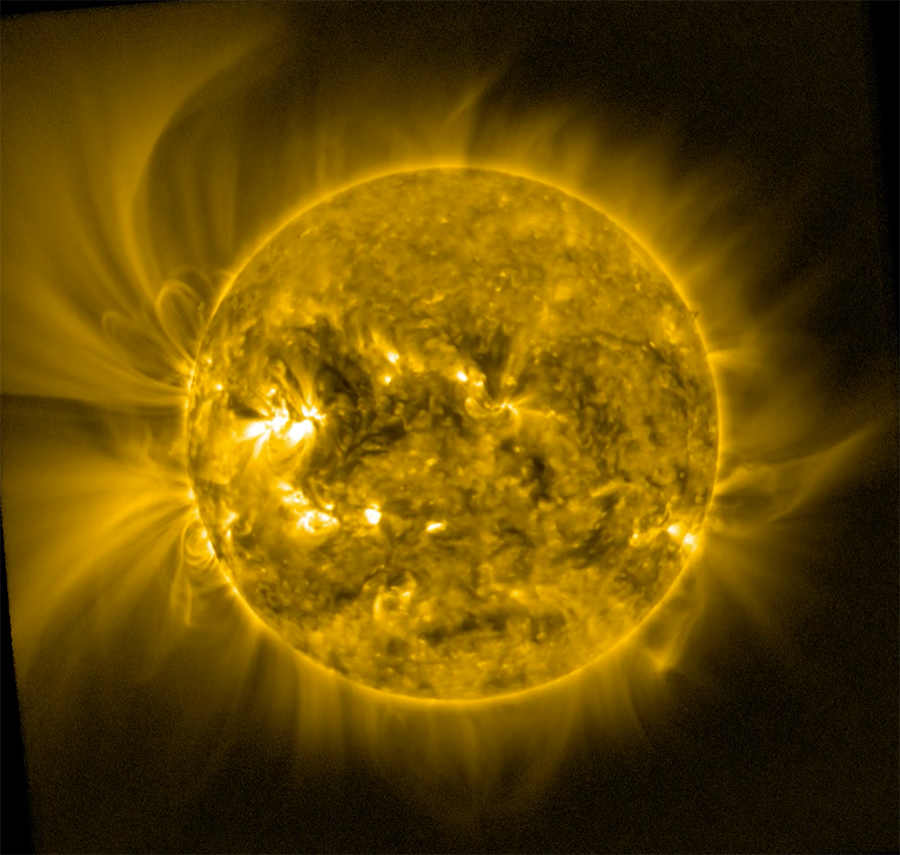 The solar corona as seen by Proba-2. The photograph shows the paths of solar flares.
ESA/ROB
ESA/ROB
Share
Share

Getting close without burning its wings

Built by Airbus Defence and Space at Stevenage (UK), Solar Orbiter will be launched into orbit by an Atlas rocket provided by NASA, which is taking part in the mission in exchange for access to all the data collected. The spacecraft will then travel towards the Sun by making use of the gravity of Earth and Venus. “At its closest point to the Sun, it will be just 42 million kilometres from the surface. In comparison, the Earth is 150 million kilometres away, i.e. three times further,” Maksimovic points out.

To avoid being burnt up by the Sun’s radiation, which is some 13 times stronger there than at Earth’s orbit, the spacecraft will be covered with an ultra-resistant heat shield measuring 3.1 m by 2.4 m. “Consisting of several layers of insulating material made of titanium (Editor's note: a metal that only melts at 1 668 °C), the system will be able to withstand temperatures of up to 655 °C, while isolating the spacecraft’s body and keeping its temperature at a more modest 80 °C.” Protected in this way, Solar Orbiter will be able to collect data about the Sun’s atmosphere, its magnetic field and the particles of the solar wind, before they are altered by their journey towards Earth. The spacecraft will also carry out the very first high-resolution observations of the Sun’s polar regions, which will be key to elucidating the origin of the solar wind and the evolution of the magnetic fields in the Sun’s interior. 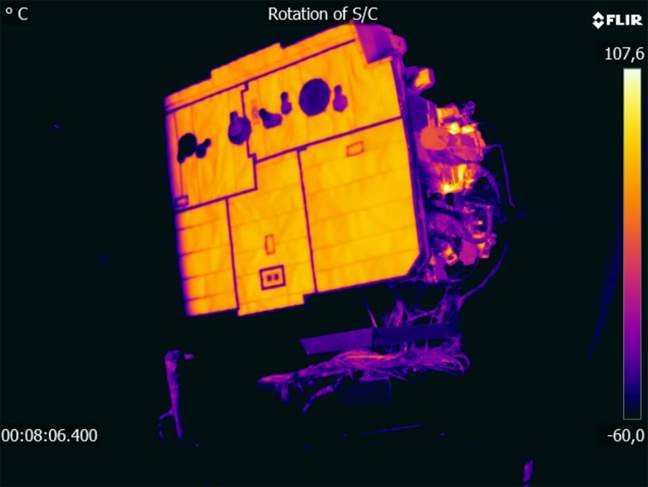 Infrared image of Solar Orbiter in the test phase. During this trial, the temperature at the surface of the spacecraft reached 107.6 ºC. Another experiment was carried out on the heat shield that protects the entire system, reaching temperatures of up to 520 °C, similar to those it will experience while in operation. 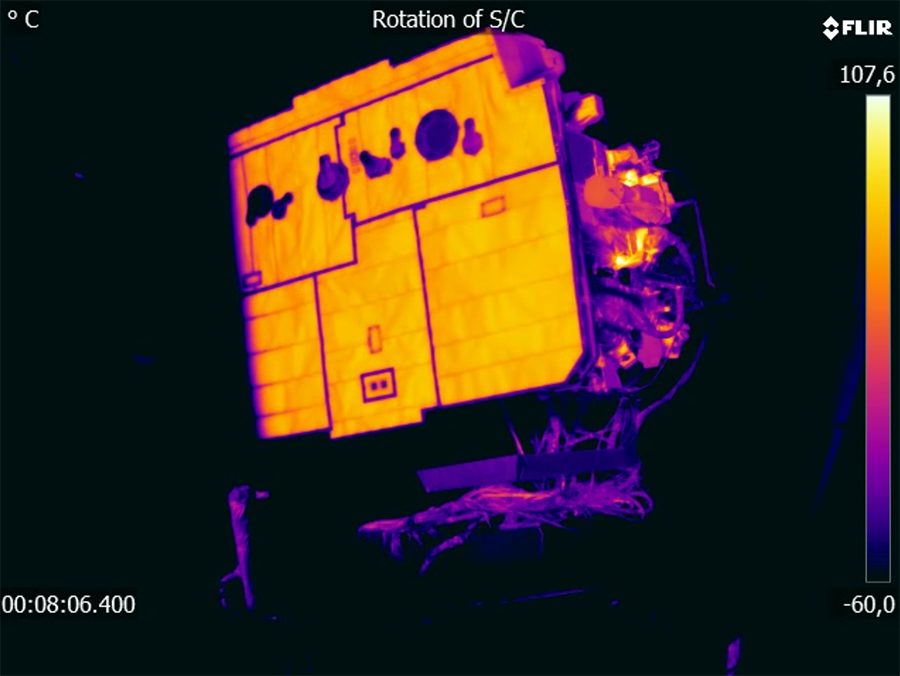 Infrared image of Solar Orbiter in the test phase. During this trial, the temperature at the surface of the spacecraft reached 107.6 ºC. Another experiment was carried out on the heat shield that protects the entire system, reaching temperatures of up to 520 °C, similar to those it will experience while in operation.
Airbus Defence and Space/IABG
Airbus Defence and Space/IABG
Share
Share

To carry out its missions, the spacecraft, which is the size of a van and has a mass of 1 800 kg, will carry ten measuring instruments on board. "Four of them will study the properties of the particles that make up the solar wind in situ, that is, at the location of the spacecraft itself. The other six are remote-sensing instruments that will measure and image solar emissions at different wavelengths (visible, UV and X-rays), as well as map the magnetic fields," the scientist explains.

Combining these two types of instrument makes Solar Orbiter the first solar probe capable of taking photographs of the Sun at a close distance. This is its principal advantage over its American cousin, the Parker Solar Probe. Although the US spacecraft, launched in August 2018 for a similar mission, will fly even closer to the Sun (in 2024 it will be just 6.5 million km from our star), it will not be able to take pictures of it. “Solar Orbiter will use its telescopes to collect data that complements that of the Parker Solar Probe. During simultaneous measurement campaigns, Solar Orbiter will provide information about the space environment analysed by the Parker Solar Probe. This should enable us to obtain results that would be impossible to get using either one of the spacecrafts alone,” Maksimovic stresses. 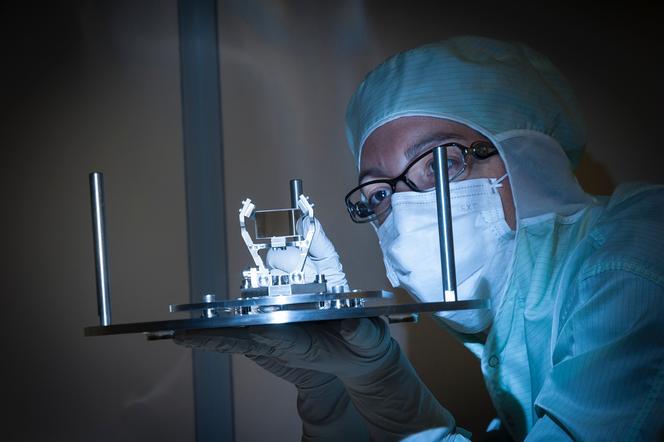 Solar Orbiter’s SPICE instrument is an extreme ultraviolet imager. It is designed to observe both the Sun’s disc and corona, and to characterise the properties of the plasma. 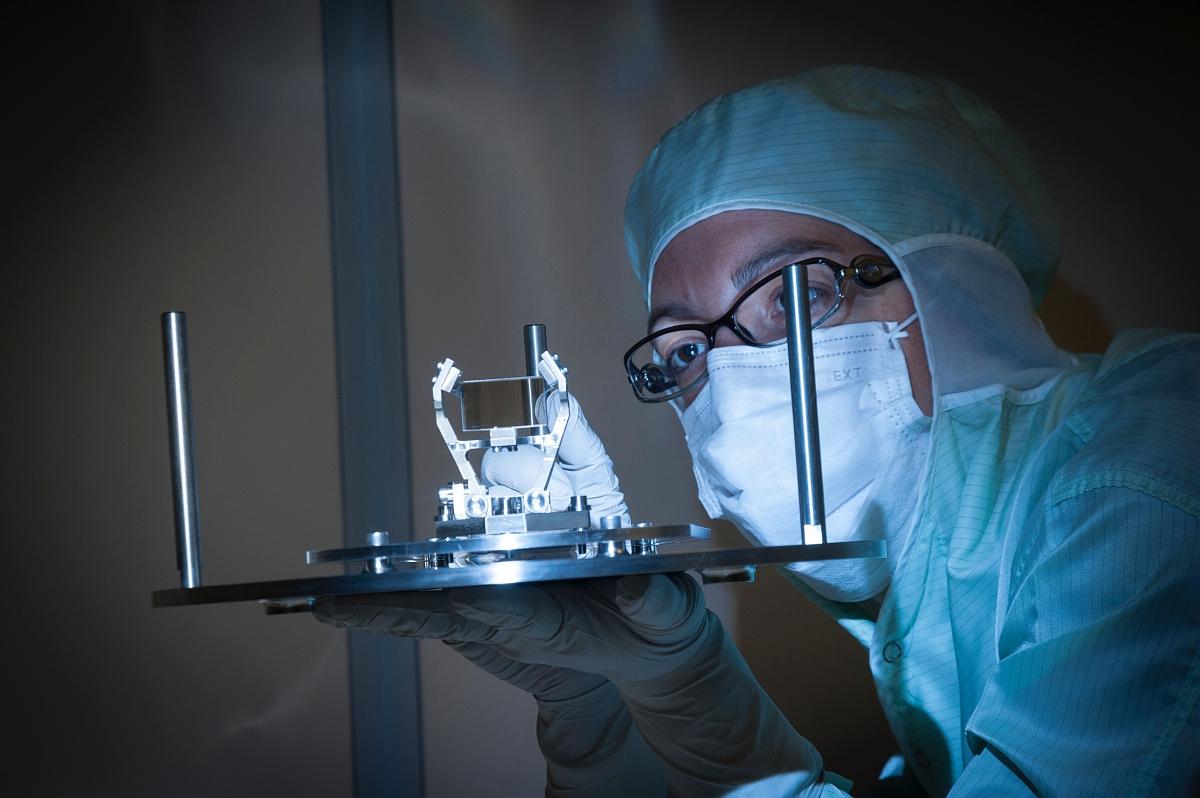 Of the ten instruments carried by Solar Orbiter, nine were built in Europe (the tenth was provided by NASA). All in all, the French scientific community was actively engaged in the mission, with the involvement of a total of nine teams from the French Alternative Energies and Atomic Energy Commission (CEA), the French national space agency, CNES, and the French National Centre for Scientific Research (CNRS).

Within the CNRS, no fewer than five prominent laboratories have supplied instruments and/or will supervise them: the LESIA, the IAS4 in Orsay (near Paris), the LPC2E5 in Orléans (central France), the LPP6 in the Paris region, and the IRAP7 in Toulouse (southwestern France).

“I can’t wait to see what Solar Orbiter finds out! I hope that in my lifetime it will make it possible to solve the puzzles that prompted its development,” Maksimovic says. The spacecraft will reach its destination in two years’ time. Its mission is then expected to last for five to nine years.

Article
A Mission to Touch the Sun