Home / Articles / An Alien Asteroid in our Midst

An Alien Asteroid in our Midst

An Alien Asteroid in our Midst

The co-orbital asteroids of Jupiter, also known as the "Trojan asteroids." The prograde asteroids are shown in white, while 2015 BZ509 (with a trail, is in green). The planets and asteroids have been enlarged for visibility.
2017 Western U.; Athabasca U.; Large Binocular Telescope Observatory
Share
Share
The quirky behavior of an asteroid that goes against the flow of most other celestial bodies in our Solar System prompted a French-Brazilian scientific duo to delve into its origins. And discover an immigrant from a star system beyond our own.

Migration isn’t only a hot topic on Earth. A large-scale migratory phenomenon had slipped general attention until a pair of astrophysicists took a closer look at an asteroid first discovered in 2015 in the vicinity of Jupiter. Moving around the Sun in the opposite direction than 99.99 % of bodies in the Solar System, the asteroid is all the more remarkable as it shares the orbital path of Jupiter—in reverse direction—while managing to dodge collisions with this huge planet. The study reveals that if the asteroid is one of a kind, there’s a good reason: it is, in fact, the first-known asteroid currently orbiting the Sun to have immigrated to our Solar System from a neighboring star system.1 Not only do the scientists, basing their study on numerical simulations, believe that our Sun is orbited by other celestial bodies with extrasolar origins, they also suggest that further research in this domain can shed light on our Solar System’s earlier configurations, and maybe even the source of life on Earth.

Its full name is a bit of a mouthful. Be that as it may, (514107) 2015 BZ5092—BZ for short—is not an asteroid to gloss over. Already in 2017, it was singled out for its unusual blend of traits when its “retrograde co-orbital resonance” with Jupiter was revealed: retrograde, as its orbit around the Sun counters the prograde norm of following the direction in which the Sun rotates on its own axis; co-orbital, as it shares Jupiter’s orbital path albeit backwards; and in resonance with Jupiter, as its orbit is perfectly synced with the planet by taking one Jovian year—nearly 12 Earth years—to complete.3

The researchers established that BZ has always had a similar orbit to the one it follows today, ever since the Solar System formed roughly 4.5 billion years ago.

Indeed, the asteroid crosses the giant planet’s path by tracing what is known as a trisectrix curve, alternately weaving inside then outside Jupiter’s orbit while the planet’s gravity tugs help keep the asteroid on a stable course. This stability further marks out BZ, for while some minor planets known as centaurs may also cross the orbits of giant planets and follow retrograde orbits, they will only stick around for a few million years. BZ, on the other hand, shows signs of a far longer lifespan. “We understood from this longevity that there was something special about BZ,” says Fathi Namouni of the Laboratoire Lagrange,4Instituto de Geosciências e Ciências Exatas, Universidade Estadual Paulista. who along with fellow astrophysicst Helena Morais of the IGCE,5 decided to investigate further.

Starting off from the principle that an asteroid like BZ can only have lasted till now in what Namouni calls “one of the most chaotic regions in the Solar System” by following a steady long-term orbit, the researchers innovatively developed a statistics-based “stability search method” to dig into its past. In this way, they determined BZ’s history by tracing the evolution, throughout the Solar System’s lifetime, of one million computer-generated BZ clones, each attributed slightly different orbital parameters. “Data showed that survivor clones grouped around Jupiter,” reports Namouni, backed up by BZ’s current presence in the region of this planet. Most strikingly of all, the results—obtained by using the data-intensive computing facilities at the Mésocentre SIGAMM hosted by the Observatoire de la Côte d’Azur—also established that “BZ has always had a similar orbit to the one it follows today, ever since the Solar System formed roughly 4.5 billion years ago.”

A timeframe which raises the issue of BZ’s origins. For it is known that during this distant era, all planets and asteroids shared a prograde orbit as they “kept up the direction followed by the cloud of gas and dust from which the Solar System first formed,” the Laboratoire Lagrange researcher notes. That the asteroid’s retrograde orbit dates so far back leads the astrophysicists to one conclusion: “BZ did not originate from our Solar System but a neighboring star.” Namouni goes on to explain the mechanism behind this immigration, which he and Morais plan to simulate in an upcoming project: “Each star is surrounded by a disk of dust from which planets and asteroids can form. Yet stars generally don’t develop in isolation but in densely packed clusters, and gravitational forces between them can then act in such a way that asteroids are drawn away from their parent star and sometimes captured by another one”—the case of BZ. Significantly, this asteroid has outdone ’Oumuamua which created a media stir in 2017 as the first-known extrasolar asteroid to pass through our Solar System briefly “like a tourist,” as Namouni puts it: BZ has gone one big step further by setting up home in our solar realms. 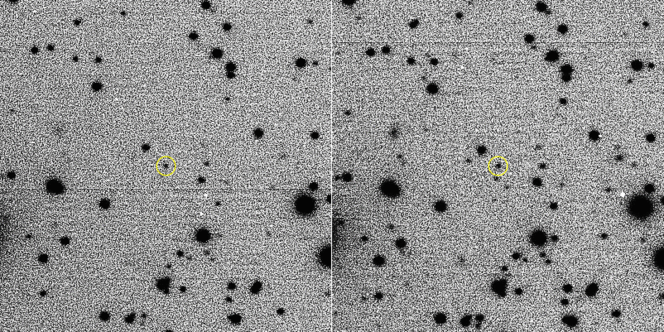 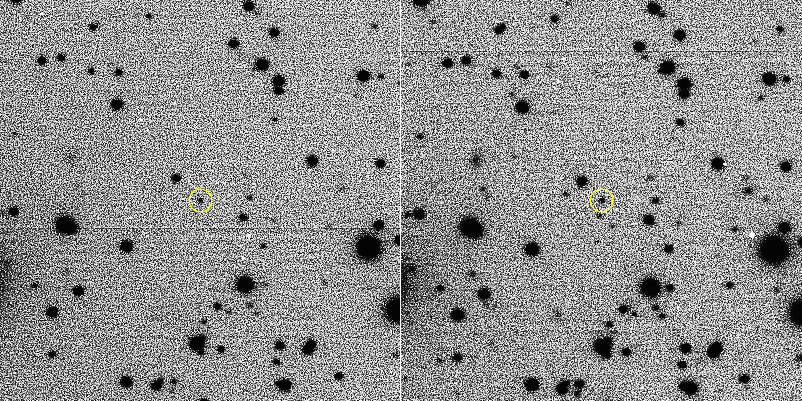 And according to the researchers’ clone simulations, it’s not the only asteroid in our System from yonder. The two scientists namely suspect the extrasolar origins of a number of asteroids beyond Neptune distinguished by polar orbits which, Namouni specifies, are “neither retrograde nor prograde but perpendicular to the plane in which all planets orbit,” and are working on demonstrating their theory.

For beyond BZ, the duo’s statistical method offers a means to determine which other asteroids hail from outside the Solar System. The repercussions of such knowledge are potentially vast, going as far as detecting the origins of life on Earth itself. The Nice-based researcher explains: “Once we know which asteroids are extrasolar, we can isolate them to study their chemical compositions. And if water is detected on any of them, we can test whether its isotopic composition corresponds with the water on Earth, and possibly find clues on how life on our planet started.” Great hopes for big questions—all thanks to immigrants to our System.

Article
How to Deflect a Killer Asteroid