Home / Articles / Microbes on the Move

Microbes on the Move

Microbes on the Move

WEERASAK/FOTOLIA
Share
Share
An international research group has shown that today’s human activities are radically reshaping the way microbes circulate, with potential repercussions on the world’s ecosystems and inhabitants.

Over the last century, a flurry of innovations and services has drastically reshaped human societies. Yet some of these perks—now widely deemed necessities—come at a cost. According to an international study involving microbiologists and environmental scientists from China, Australia, France, the United Kingdom and Spain, sewage disposal, tourism, and the transport of goods and materials are to blame for a massive shakeup to the world’s distribution of microorganisms—tiny living species like bacteria, fungi and microalgae that can not only spread disease, but also play a crucial role in the ecosystem’s processes.1And according to the study’s authors, the consequences of this human-induced reshuffle need to be anticipated.

Escaping our sight—and hence often our attention—microorganisms are vital to life as we know it. “They make life livable for other organisms by taking part in the Earth’s major biogeochemical cycles,” explains study co-author Pascal Simonet, a senior researcher from the EMGG2 at Lyon’s Laboratoire Ampère. This ranges from  soil’s decomposition of organic matter into plant nutrients to oceanic photosynthesis, where microalgae produce the bulk of the oxygen we breathe. On top of these natural cycles, humans make extensive use of microorganisms in processes ranging from biofuel production to food fermentation. 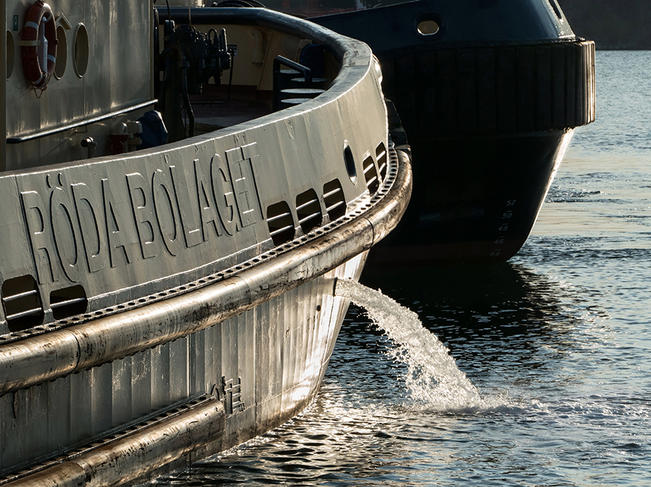 A tugboat Boss (1995) in Brofjorden at Lahälla (Sweden), discharging ballast water before departing. Ballast water on large ships can change the distribution of oceanic bacteria. 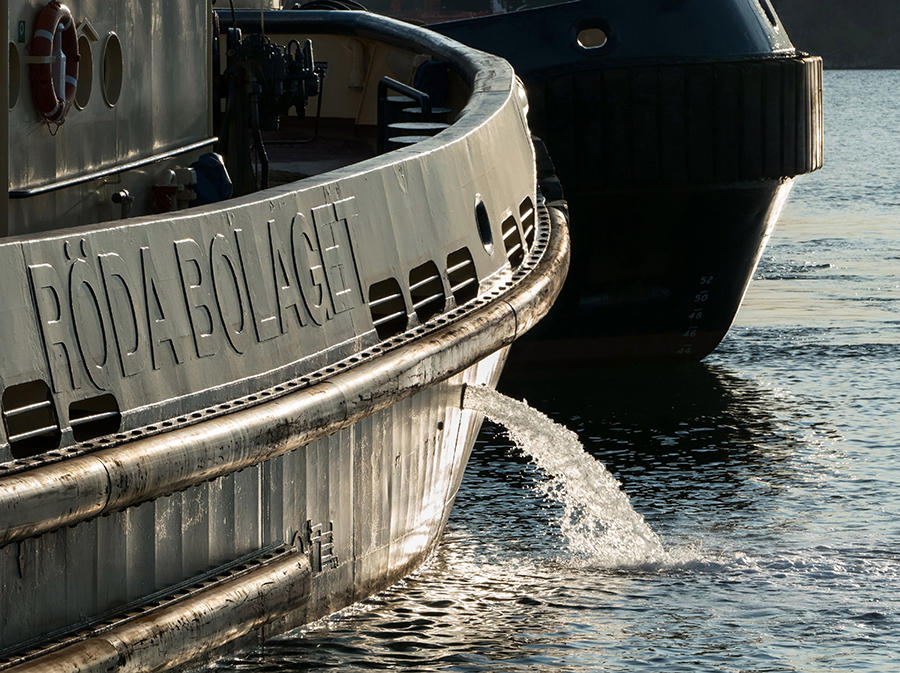 For billions of years, physical forces like air and water currents governed the geographic distribution of these key, yet unseen members of the global ecosystem. “A balance between different microorganisms stabilized over time, with certain species becoming more specific to certain environments than others,” explains Simonet. But today, this balance is being overturned: microorganisms are migrating to new locations en masse as a result of large-scale human activities, namely three culprits flagged by the research team.

First, sewage disposal. The scientists observe that wastewater—80 % of which is treated poorly or not at all—often goes on to irrigate the world’s crops, contaminating food bound for global distribution. Significantly, wastewater not only carries gut microorganisms that risk transmitting diseases (like dysentery or typhoid), but also pollutants like metals, antibiotics and disinfectants—compounds that stimulate bacterial stress-response systems whereby bacterial cells mutate to be able to withstand such exposure. These bacterial strategies are namely the cause of antibiotic resistance, making existing treatments inadequate for a given ailment—an effect further intensified by natural selection. “The bacteria that mutate favorably to survive tend to multiply and transfer antibiotic-resistance genes onto other bacteria,” says Simonet.

Another culprit? Travel. Humans notch up 1.2 billion international tourist trips every year. Tourism is affecting microbial landscape as travellers take their gut organisms to colonize far-off destinations. In particular, the study points out that tourism is a high-speed conveyer of antibiotic-resistant pathogens between continents. “It’s difficult for countries, whatever their own health policies, to avoid being affected by what’s happening elsewhere because of all this travel,” adds the researcher. 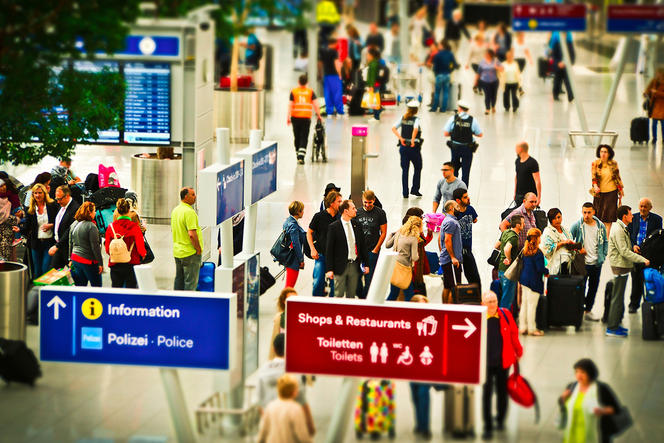 Humans notch up 1.2 billion international tourist trips every year, which is also affecting the microbial landscape. 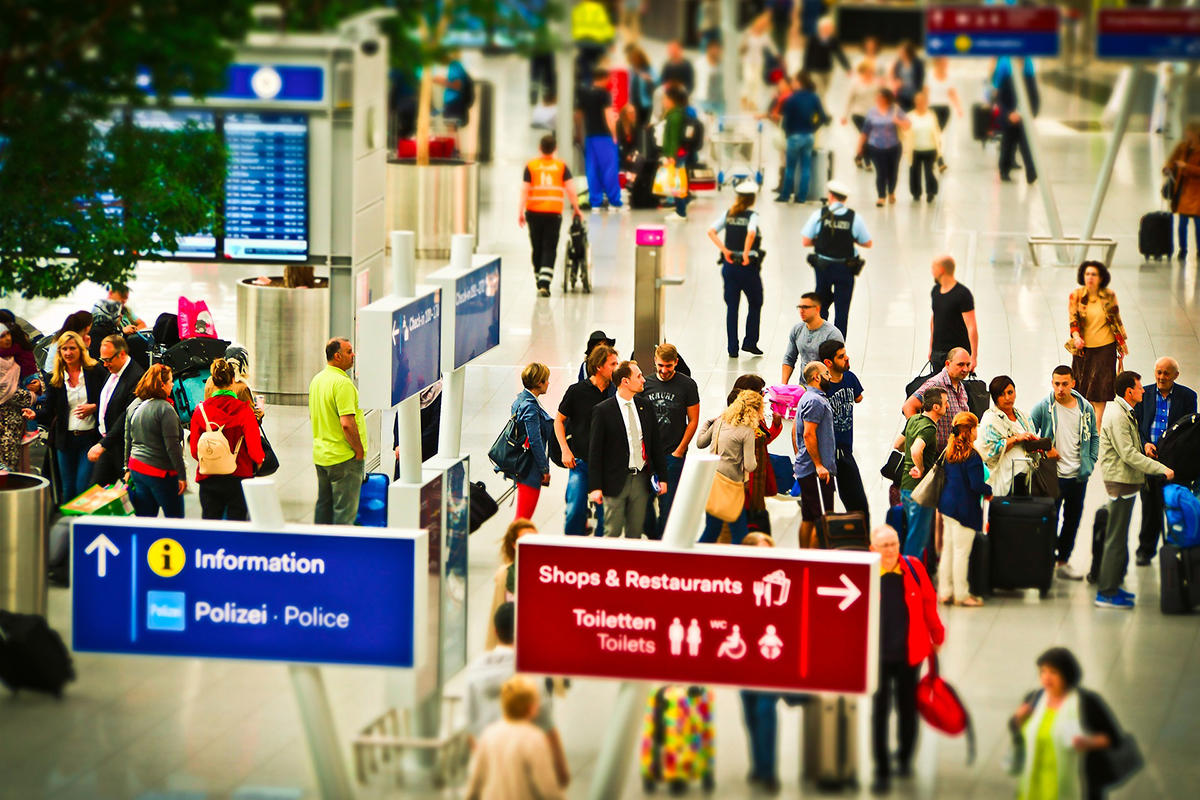 Also responsible for today’s microbial migrations is shipping, which is fast transforming the distribution of oceanic bacteria by using ballast water. This is water pumped from the sea by ships to optimize their stability, then dumped once they reach their destination. Meanwhile, activities like agriculture, construction and mining are shifting around huge quantities of sand, soil and rock—as well as untold volumes of microorganisms, given that around one billion bacteria reside in each gram of soil.

Whether microbes are displaced via sewage disposal, travel or freight, the upshot is a disturbance to their natural balance. Yet pinning down how their populations will be affected is difficult. And comparisons cannot be drawn with the way that human activities have wiped out the populations of larger organisms like native plants or animals in favor of crops or livestock. “Bacteria don’t obey the same logic as other organisms. They’re a world of their own, with their own rules, so it’s difficult to predict their behavior,” says Simonet.

Indeed, signs seem to indicate that human activities pose no great threat to microbial survival. “They’re extremely resilient organisms that live in all of the planet’s ecosystems and adapt very quickly to different conditions. Some bacteria have evolved to break down entirely new synthetic chemical products by modifying their genes,” he adds.

But even if microorganisms seem likely to ride out changes to their distribution, these changes will ultimately impact humans and ecosystems. “Will the consequences be negative or positive? We don’t know,” says Simonet. The research team therefore stresses a need for greater scientific focus on microorganisms—of which over a million species exist. Their study “calls on scientists to identify the impacts of microbial redistribution by monitoring and modeling the changing dynamics of microbial biodiversity and global ecosystems, while also urging public authorities to finance this type of research.” The team also calls for improvements in wastewater and manure treatments to curb the accelerated spread of microbes.

Article
The new frontiers of the living world
Microorganism

Article
Finding Life in an Inferno