Coco/Stock.Adobe.com
Share
Share
As the 2018 United Nations Climate Change Conference (COP24) continues in Poland, one particular issue is triggering much interest from scientists: the 4p1000 initiative. Behind this code name lies an intriguing initiative to take out CO2 from the atmosphere to store it in the first layers of soil.

What if we were to store more carbon in soil? At a time when CO2 concentrations in the atmosphere and oceans are an increasing source of concern for researchers and populations, this idea has continued to gain ground. The 4p1000 initiative thus encourages actions toward an increase of 0.4% per year, or 4 parts per thousand, in the carbon capture of the top two meters of soil depth, through the use of certain agroecological practices.

Launched on December 1, 2015 on the occasion of the COP21 in Paris by Stéphane Le Foll, the French Minister of Agriculture, Agrifood, and Forestry, this international initiative currently has the support of over 250 partners from 39 countries. The figure of 0.4% is not random. It represents approximately 80% of the increase in atmospheric CO2 concentrations for the year 2017, or six billion tons per year. This is already considering that soil sequesters 1500 billion tons of carbon in the form of organic matter. Reaching and maintaining this objective would subsequently help compensate for the continual rise in carbon of anthropic origin (linked to human activity). Furthermore, this would help improve agricultural production, as the presence of carbon in soil makes it more fertile; the FAO (Food and Agriculture Organization), in fact, estimates that half of the world’s fields are degraded today, in other words their diminishing yields have led to a global decrease on the order of 10%.

Thierry Heulin, CNRS senior researcher and director of the ECCOREV laboratory1 is a member of 4p1000’s Scientific Committee, and had already campaigned for scientists to organize and coordinate on these questions. “My research focuses on crop plants in an effort to increase their interactions with bacteria in the rhizosphereFermerSoil area close to the roots of plants where micro-organisms are concentrated. as well as the carbon storage in the soil, both of which are directly connected to what Stéphane le Foll has in mind.”

For the climate and harvests

Heulin emphasizes 4p1000’s twin goals of combatting climate change while ensuring food security. In fact, an increase in soil carbon stocks not only makes it more fertile, but also more stable, thereby limiting its erosion. “Some soil, for example in the Sahel, is very poor due to its highly sandy texture,” Heulin adds. “Enriching it would make it possible to crop plants infields that has not yet been cultivated.” Other soils, considerably degraded by human activity, are seeing their carbon levels drop. This is caused by the evolution of agricultural practices, such as the decrease in the number of “polyculture-livestock” farms, which limit the restitution of plant and animal organic matter to soils. Both working the soil and deep plowing accelerate carbon mineralization, causing its release in the form of CO2. “We’re seeking not only to increase soil carbon stocks, but also avoid its release!” 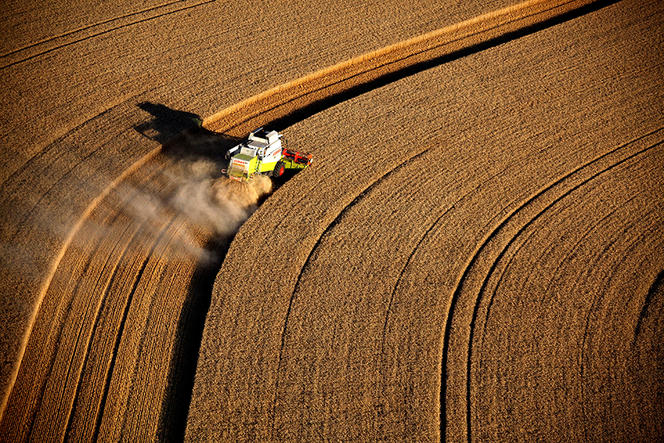 The yield of wheat in France has increased from 20 quintals per hectare after the war to 100 quintals today. 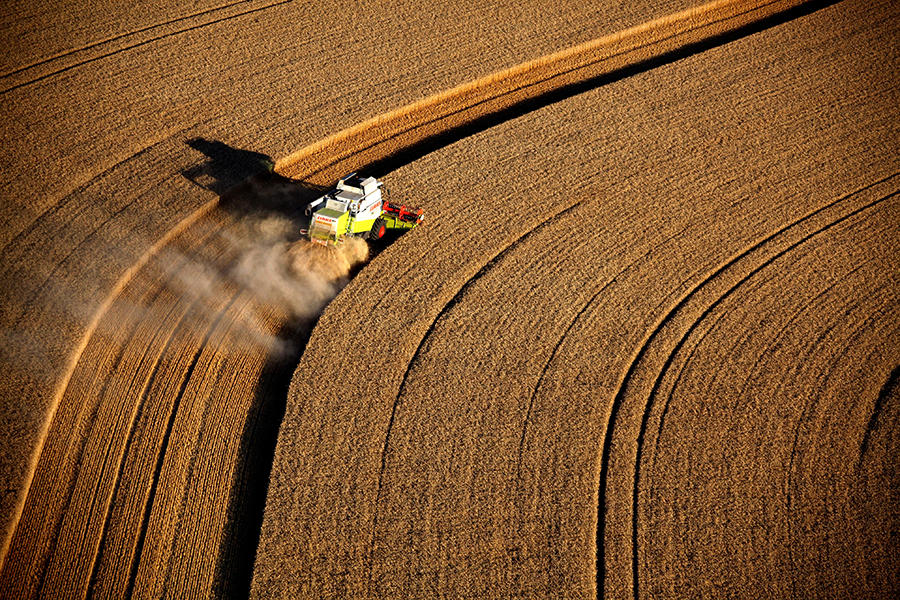 In collaboration with the IRD in Montpellier and Dakar, the LEMIRE laboratory2 has studied pearl millet in order to determine its capacity for structuring the soil surrounding its roots. This structuring takes place via the bacterial activities , which transform the simple sugars secreted by the roots into polysaccharidesFermerComplex sugars, composed of several molecules of simple sugars., thereby enabling greater water storage in the soil.

The importance of yields

“Farmers are aware that maintaining and even increasing carbon stock in the soil is a key concern. Even if the mitigation of atmospheric CO2 is not their priority, they know it can increase the soil fertility.” The selection of more rustic varieties, which increases their root architecture and associated microbiota, has also become central.  “By way of example, wheat yields in France have gone from 20 quintals per hectare during the postwar period to 100 quintals today with an average annual increase of 1%,” Heulin observes.“

Plant selection was essentially made on the criterion of yield. This was perhaps done to the detriment of other properties, for instance the capacity to inject carbon in the soil. Researchers therefore hope to influence the choices made by farmers, all while remaining aware of the difficulties involved. 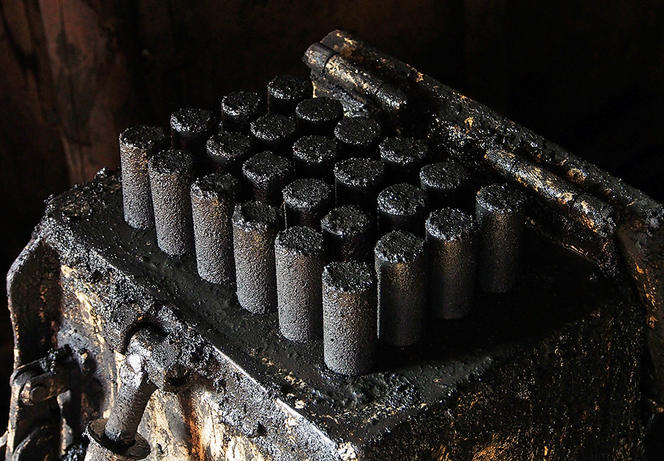 Obtained from household waste, biochar, "organic charcoal," stabilizes organic substances in the soil when it is combined with compost. 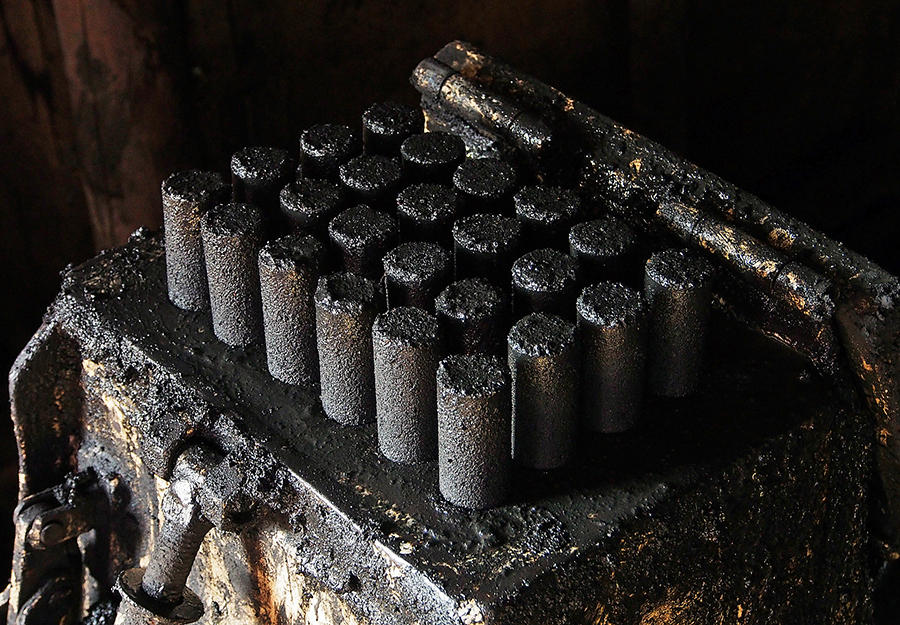 “We biologists always believe we have the right solution, but we’re never exempt from something that seems like a good idea at first but turns out to be unfeasible,” the researcher admits. “Solutions should be proposed in consultation with actors in the field.” Choices can result in greater loss in one area than gain in another.

“We hope that given the fact that the 4p1000 initiative was launched by a minister in office, the associated research effort will receive support through major incentive-driven programs,” Heulin stresses. By launching the Sète Appeal in early November, members of 4p1000’s Scientific Committee are emphasizing its potential contribution to the Paris Agreement’s goal of limiting global warming to 2°C.
Cornelia Rumpel, the president of the 4p1000’s scientific committee and a CNRS senior researcher at l’Institut d’écologie et des sciences de l’environnement de Paris (IEES),3 is one of its 50 signatories. “I have been studying the process of carbon stabilization and sequestration in soil for over 20 years. Now that we are fairly familiar with these mechanisms, it’s time to act.”

She stresses the need to apply methods that are beneficial to soil enrichment, all while adapting them to the great variety of climates, ecosystems, and agricultural practices. With over 570 million farms and 3 billion country dwellers worldwide, it is difficult to hope that a small handful of solutions would suit everyone. Moreover, the 4p1000 initiative also intends to include wetlands, forests, protected areas…
Among the solutions, Rumpel cites the management of organic waste, especially wider reuse of household waste. When it is combined with compost, biochar—“biological coal” obtained through the pyrolysisFermerChemical decomposition of an organic compound by a considerable increase of its temperature, in order to obtain other products (gas and matter) that it did not contain. of biomass—helps stabilize organic substances in the soil. The use of greener fertilizers would also help reduce N2O emissions, whose greenhouse effect is three hundred times more potent than that of CO2.

“Scientific obstacles remain, as we still don’t perfectly know the details of the cycle for carbon, nitrogen, and other elements in the soil,” Rumpel specifies. “We also don’t know the limits for storing carbon. How far can we go?” Before increasing storage, it is better to try to maintain current carbon stocks; the largest are found in peat bogs, prompting researchers to concentrate on certain well-defined hot spots. “In any event, we need more interdisciplinary studies, as we must involve fields outside of the foundation formed by soil science, hydrology, and ecology. The socioeconomic environment should also be taken into consideration, in order to have different territorial actors work together.” 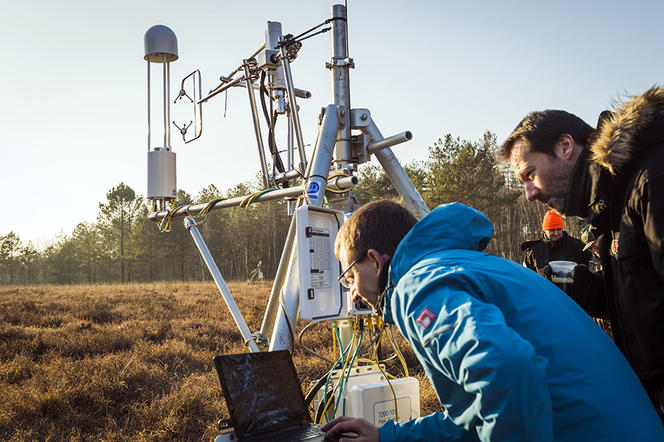 The first of its kind, this device measures greenhouse gas emissions from the Guette peat bog in the Cher. As wetlands contain one-third of the world's carbon stock, peatlands are a critical issue for researchers. 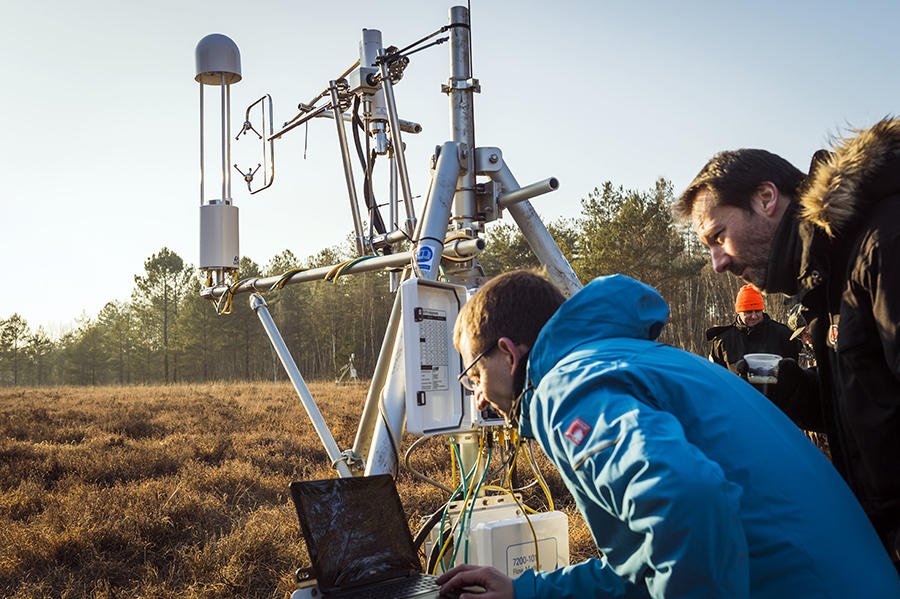 Agathe Euzen, a CNRS senior researcher at LATTS,4 assistant scientific director at the Institut écologie et environnement of the CNRS, and member of 4p1000’s Scientific committee, agrees. “This type of initiative cannot be envisioned without taking into consideration the perceptions of the actors and their relation to the land, their distinctive social and cultural features. They should therefore receive greater consideration in advance, so that the results culminate in real practices that farmers will be able to appropriate.”

The diversity of situations once again complicates this task. Aside from the question of climate and location, agriculture also changes radically in scale, varying between small plots for food crops, industrial farming, national agricultural policies and beyond… “The adherence of actors necessarily involves knowledge of diverse cultural practices linked to the context, along with local environmental and socioeconomic considerations,” underscores Euzen. “Dialogue promotes the exchange of knowledge between farmers and researchers, and ensures that the measures will be tenable, equitable, and viable, thereby being seen as one of the possible solutions for meeting the goals of The Paris Agreement.”

The entanglement of local and global considerations is a sensitive subject, and often leads to the intervention of politics. As with many other actions in the struggle against climate change, 4p1000 will use the COP24 as a springboard by taking its message to the broader public, researchers, farmers, and decision-makers.