goanovi / stock.adobe.com
Share
Share
The perception of odors remains in many ways a mystery. However, a research team in Nice (southeastern France) has perfected a new protocol for predicting the activation of an olfactory receptor by an odor molecule. A step towards the development of a biomimetic nose.

The cornerstone of the sense of smell, olfactory receptors are the musical notes that make up the melody of odors. The phenomenon begins with a volatile hydrophobic molecule that travels through the air to the nasal cavity, where it reaches receptors in the membrane of cilia from olfactory neurons, bathed in nasal mucus. After it binds to its receptor, the molecule activates a switch and a molecular lock that initiate the creation of a mental representation of an odor in the brain.

If we were to reduce the human body down to just one feature, it would certainly be its olfactory receptors.

Each of us has about 400 types of olfactory receptors, some specific to a single odor molecule and others compatible with several. In the 1930s it was posited that the human nose could identify about 10,000 different smells, but a study published in Science in 2014 brought this figure to at least 1 trillion. 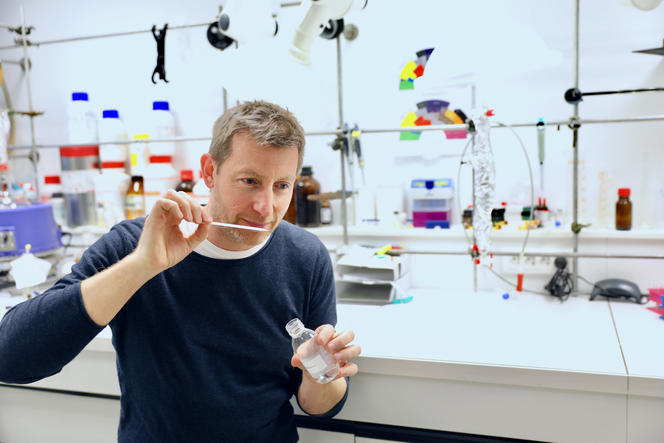 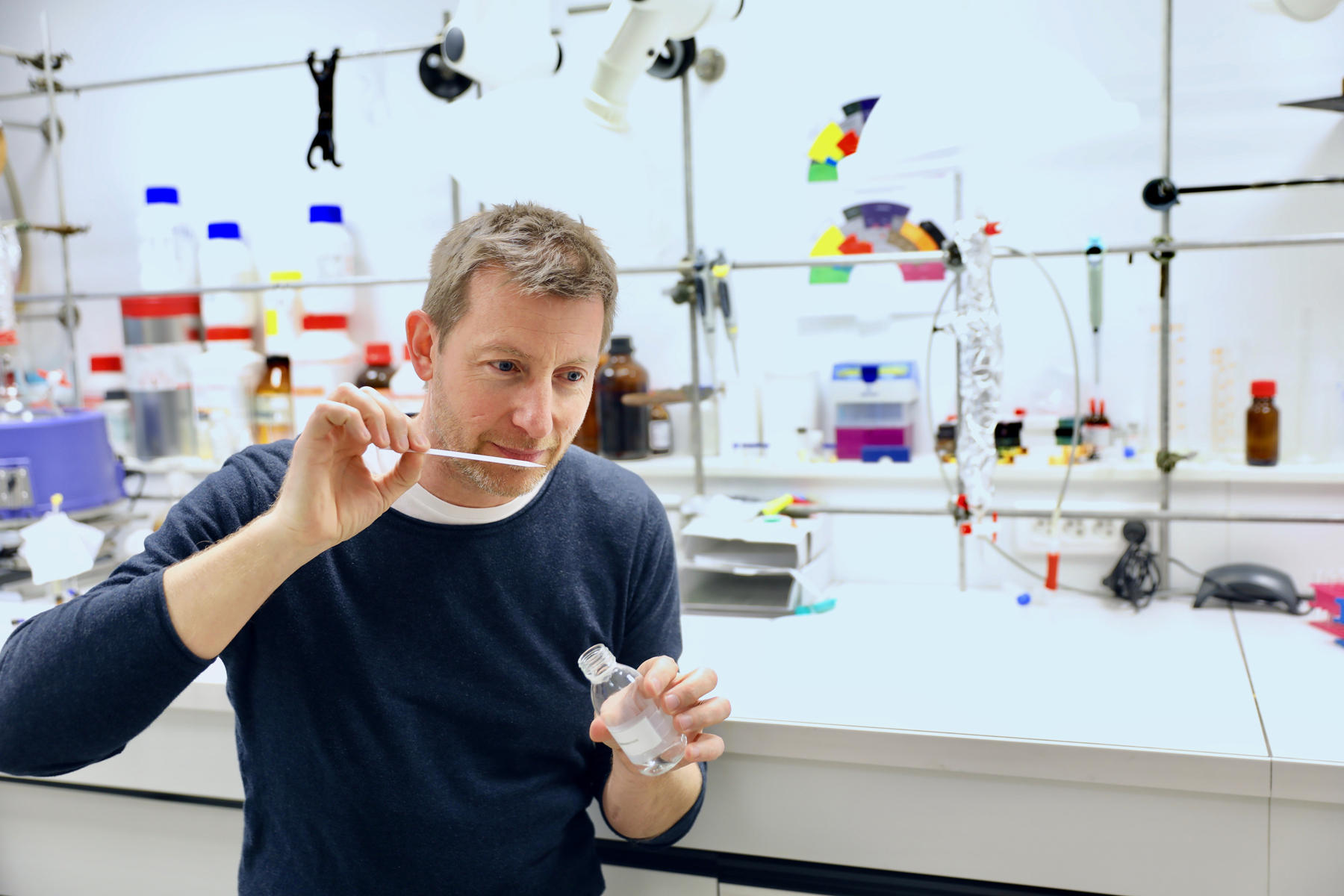 “If we were to reduce the human body down to just one feature, it would certainly be its olfactory receptors,” says Jérôme Golebiowski, a professor at the ICN.1 These proteins represent a significant proportion of the human genome: 3% of the encoding genes express olfactory receptors. The discovery of the gene family encoding these proteins earned  Linda Buck and Richard Axel the Nobel Prize in Physiology or Medicine in 2004. However, the way in which these genes are activated, their dynamics and their interactions with odor molecules remained a mystery. Golebiowski and his team have set out to clarify these mechanisms—and their efforts are paying off.

The main problem is that the structure of these receptors is unknown. For that reason, the ICN researchers have designed an innovative protocol for modeling the structure and dynamics of an olfactory receptor when it comes into contact with an odor molecule. “We were able to perfect a model powerful enough to simulate the behavior, in the presence of such a particle, of an olfactory receptor and track its structural changes,” Golebiowski explains. In short, to predict whether or not the receptor will be activated upon contact with the molecule.

To that end, the team developed a synergistic approach combining digital modeling and in vitro testing. An olfactory receptor was entirely recreated in digital form, atom by atom. Its dynamics was simulated “on the scale of the millisecond, using the ICN’s supercomputers in Nice,” the scientist reports. The development of this control model took into account data from directed mutagenesis and in vitro functional tests. Through precise mutations on several olfactory receptors, the researchers were able to define the roles of the different sites on these proteins: structure, contact with the ligand, specific interactions, etc. This dual approach proved extraordinarily effective.

From olfactory receptors to the castration of pigs

Of the 400 human olfactory receptors, Golebiowski’s team decided to target receptor 7D4 “because it is specific to a single odor molecule: androstenone, which is the sexual pheromone of pigs,” the chemist says. “This receptor’s response is subject to genetic polymorphism, so that some of us can smell androstenone while others cannot, depending on their genome.” While its odor is similar to urine for some people, others cannot smell it at all, and some even find it pleasant and honey-like. “About 25 to 30% of the population is anosmic to androstenone,” Golebiowski estimates. “We knew that perceptions of this molecule differed due to genetic polymorphism, but we we were not aware of the atomic details. Now we know how such polymorphism affects the dynamics of two amino acids that control the activation of the receptor.” 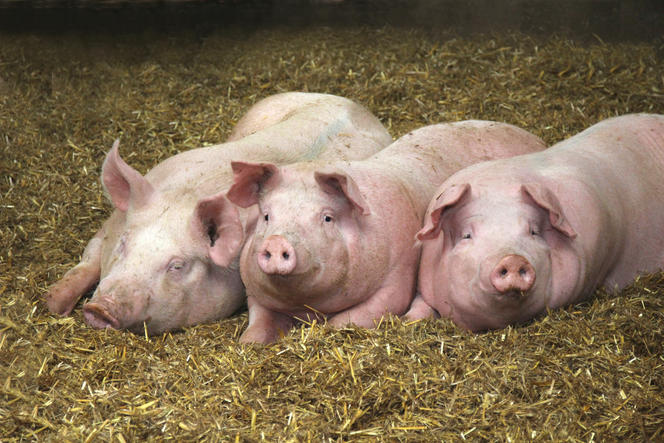 The team targeted an olfactory receptor specific to a single odor molecule: androstenone—the sexual pheromone of pigs—that some of us can smell and others can't depending on their genome. 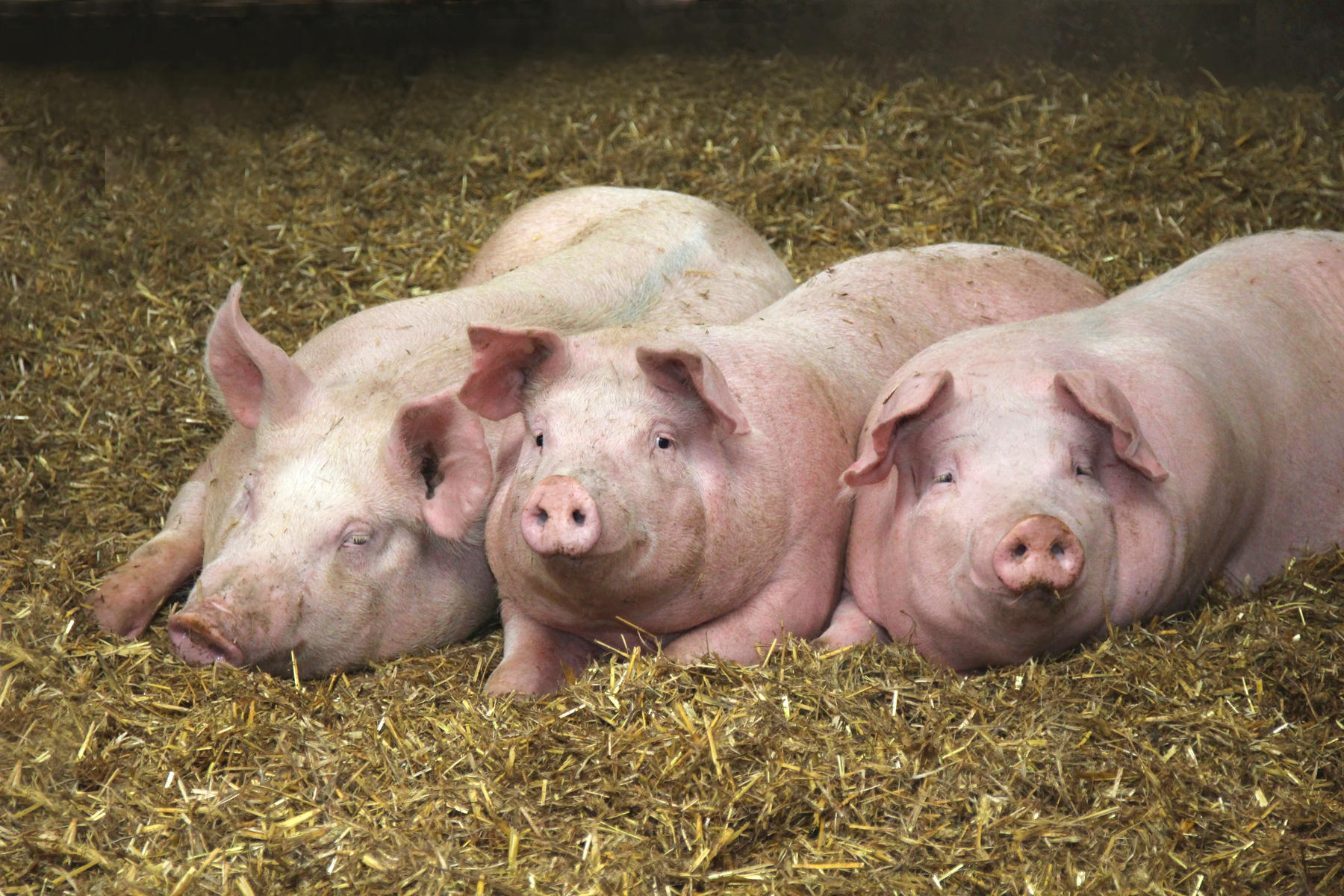 Like the porcine pheromone, certain smells remain unknown to part of the population as a result of genetic variations. Other examples include the sulfurous odor of urine after the consumption of asparagus and the violet note of beta-ionone in red wine and tomatoes, which is perceived only by a lucky few. Here, the understanding of the mechanisms of the androstenone receptor even has anthropological inferences: while farmers in the United Kingdom and Ireland rarely castrate piglets, it is common practice in France and Italy. The reason is quite simply whether or not consumers can detect androstenone in the meat, depending on their genes! “Without knowing it, we have adapted our consumption habits to our genetic makeup and sense of smell,” Golebiowski notes.

The implications of this new protocol and the understanding of olfactory receptors reach far beyond pig breeding. In fact, these receptors are expressed not only in the nose, but also, for example, in sperm cells, guiding them to the ovum. “They are also expressed in the brain, with variable levels of expression from the onset of Alzheimer’s disease,” the researcher explains. The lungs, the heart, the kidneys… The ectopic expression of olfactory receptors is everywhere, and “they are becoming a major therapeutic target,” he adds.

Towards a universal biomimetic nose?

The team in Nice has been striving to decipher the mechanism of odor molecules and their receptors for nearly eight years now. Their ultimate goal is to simulate all 400 human olfactory receptors and create a viable biomimetic nose. “This is our ‘Holy Grail’,” Golebiowski says. Today, such a computational nose is closer than ever to becoming a reality. This new research pathway could well make it possible to simulate the dynamics of all the receptors in relation to different odors. Eventually, the system could be able to predict the odor of a molecule based solely on its structure. “We would then be able to crack the incredibly complex code of odors at last!” Golebiowski hopes. 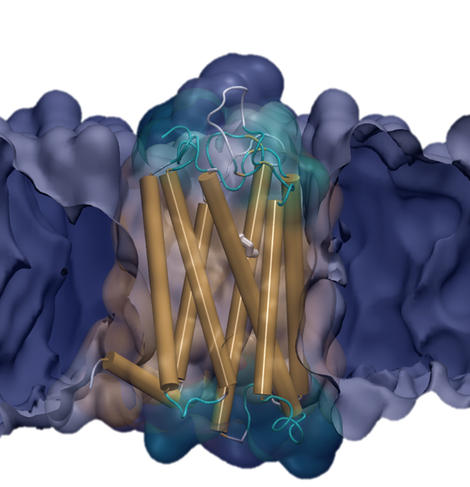 Simplified representation of a mammalian olfactory receptor model (in yellow) embedded in a biological membrane (in blue). The numerical approach based on molecular dynamics simulations makes it possible to model the mechanism of activation of the receptor by a molecule that induces a receptor response—known as an agonist (in white at the center of the receptor). 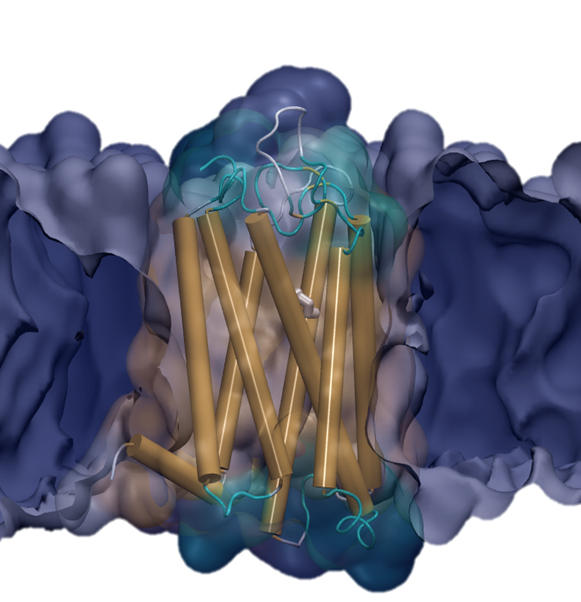 Simplified representation of a mammalian olfactory receptor model (in yellow) embedded in a biological membrane (in blue). The numerical approach based on molecular dynamics simulations makes it possible to model the mechanism of activation of the receptor by a molecule that induces a receptor response—known as an agonist (in white at the center of the receptor).
Claire de March
Claire de March
Share
Share

Before they can perfect an artificial nose however, his team will need to overcome two obstacles. First, the peripheral phenomena of odor will have to be taken into account. As Golebiowski explains, “what we smell is not just the odorant, but also its metabolites, resulting from enzymatic transformation. Perhaps what we think is the odor of geraniol is actually that of its metabolites.” The second hurdle is understanding the predominant role of certain receptors over others, as they seem to have various degrees of influence.

Lastly, another parameter, of particular interest to the Nice team, is key to explaining olfactory perception—and that is emotion. “When we smell an odor, the first information we receive is its psychological valence, whether we like it or not,” points out Golebiowski, who is currently studying volunteers’ reactions to odors, monitoring their heart and breathing rates in order to evaluate their emotional response and state of relaxation. “Valences are often maintained within a population,” he points out. “For example, the smell of freshly cut grass is always pleasant.” This work should make it possible to develop a database of the emotional charge of odors and link that information to the simulation of olfactory receptors via artificial intelligence. “If we can predict an odor, we will one day be able to foresee its emotional charge—and perhaps identify the olfactory receptors for happiness!” Golebiowski suggests.