Home / Opinions / How to improve care for anosmia patients?

How to improve care for anosmia patients?

Home / Opinions / How to improve care for anosmia patients?

How to improve care for anosmia patients?

Moustafa Bensafi, Catherine Rouby and Camille Ferdenzi-Lemaître
Loss of smell, one of the effects of Covid-19, has a real impact on people's social lives, who sometimes suffer from isolation or depression. Three specialists share their insight and call for better medical care.

With the Covid-19 pandemic, it’s right under our noses: diseases can indeed affect our sense of smell. It is possible to lose it suddenly and recover it just as quickly – or not. And the phenomenon has a far-reaching impact on everyday life. The only people who might secretly welcome this unexpected publicity are the “anosmics”, who already suffered from this disorder before the epidemic and often found it impossible to make their voices heard, let alone receive treatment: “There’s nothing we can do” (which is not true), “It may go away by itself” (it does in some cases, but not necessarily), or “It’s not important for humans” (totally false!). And there are many in this situation.

A rampant problem before the epidemic

In fact, olfactory dysfunctions, or dysosmias, are quite widespread. It is estimated that between one and five percent of the population in Western countries suffers from anosmia – total loss of smell – while another 20 to 25% experience partial loss, or hyposmia. A survey that we conducted in France between November 2014 and January 2015 tested the olfactory capacities of 3,685 participants of all ages, from every part of the country. Based on scratch-and-sniff cards comprising eight odours, the study allowed us to establish the average dysosmia rate at 17%, and to show that this percentage varies with age, reaching nearly 30% among people over 60. 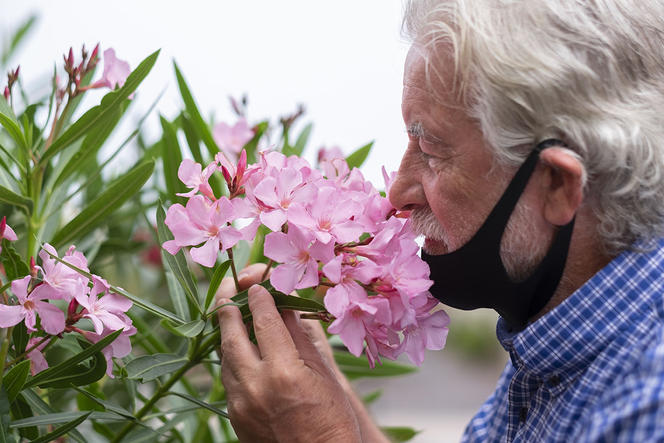 A study carried out in France in 2014-2015, well before the Covid-19 outbreak, establishes the average dysosmia rate at 17%. This percentage varies with age, reaching nearly 30% among people over 60. 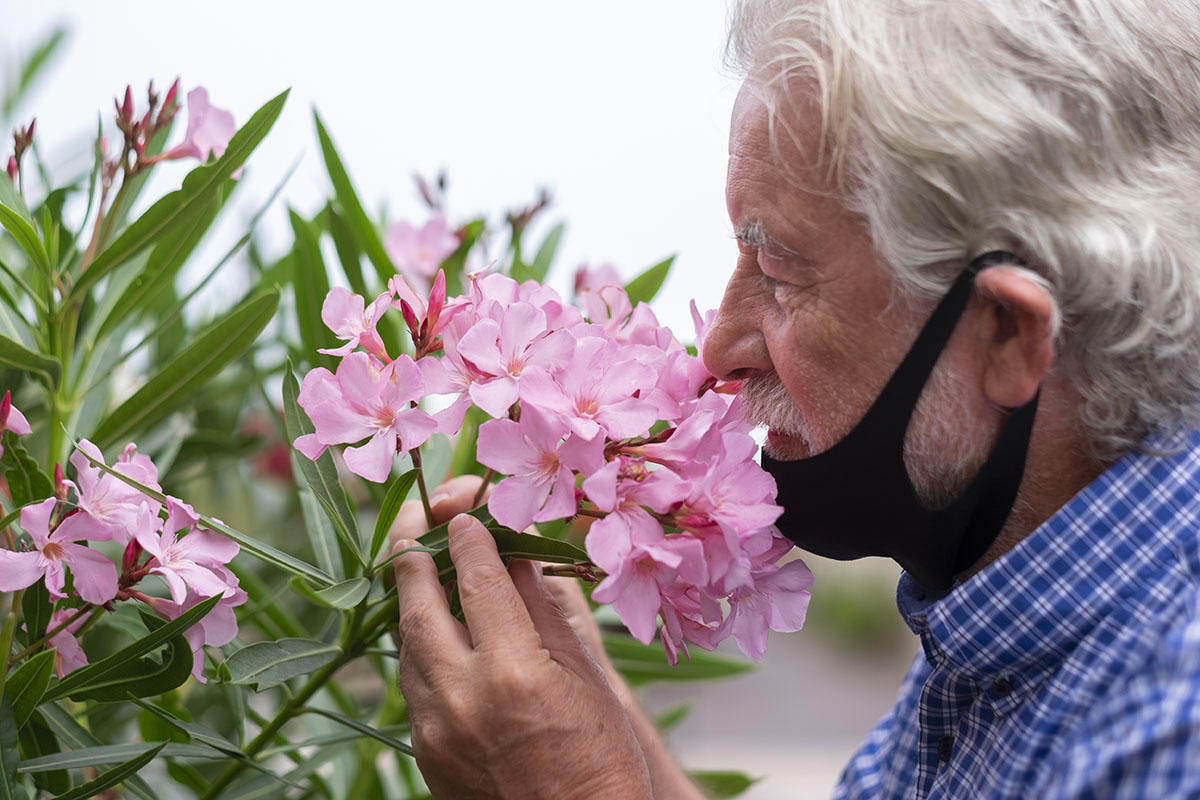 This prevalence has undeniably increased since the emergence of the SARS-CoV-2 virus, for which a loss of the senses of taste and smell was quickly identified as one of the most indicative symptoms. More than 2 million cases of Covid-19 have been documented in France so far, and several studies have estimated that 46 to 86% of sufferers experienced olfactory disorders.12 These symptoms, when they are induced by infections, are known to be of highly variable duration, fleeting for some patients, who recover in a few days, but more lasting or even permanent for others. An experiment conducted by our laboratory has confirmed this variability for Covid-19 patients. In the period between 8 April and 8 May, 2020 alone, at the height of the epidemic, half of the patients reporting olfactory loss had not recovered their sense of smell, in some cases for as long as two months.

This increased number of cases, widely reported in the media, has put dysosmia in the limelight, along with its consequences on health and quality of life. Regardless of its origin, anosmia causes sufferers to change their behaviour, in particular their eating habits. The perceptive richness of food is drastically reduced (it has no “taste”), lessening in turn the pleasure of eating, which can lead to serious nutritional problems. Our team was able to observe that hyposmics compensate for this loss of sensory stimulation by consuming more salty and fatty condiments3 to give their food more flavour. In addition, the lack of motivation to cook can become a problem for the patients, by affecting their relationships with family and friends.

Moreover, olfactory deficiency creates a feeling of insecurity, which can relate, for example, to the loss of control over one’s own body odour (do I smell of sweat? Do I have bad breath? Have I put on too much perfume?). This, combined with the lack of desire to share meals with others, makes sufferers’ social lives difficult, evolving into a tendency to isolation. It is therefore not surprising that nearly one-third of dysosmics show symptoms of depression.4 In the context of Covid-19, we have shown that not only does olfactory deficiency impair quality of life to a significant degree, but the longer the condition, the more detrimental its effects.5 Once a patient’s life is no longer in danger, it is important to address the problem of olfactory loss for the sake of their mental well-being – which is in all likelihood already strained by the public health crisis itself.6 There remains one crucial question: can these olfactory disorders be treated?

An effective therapy… unknown to most doctors

The answer is both good news and bad news. On the positive side, most patients recover their sense of smell. As we already knew before the Covid-19 outbreak, 30% of those who become dysosmic following a viral attack will recover without treatment. However, studies show that daily olfactory training for a period of three to six months can double the chances of recovery.78Like the other sensory systems, smell can be improved by stimulation. Experiments are underway to verify the effects of olfactory training, and several websites are already offering home therapy using common household scents. 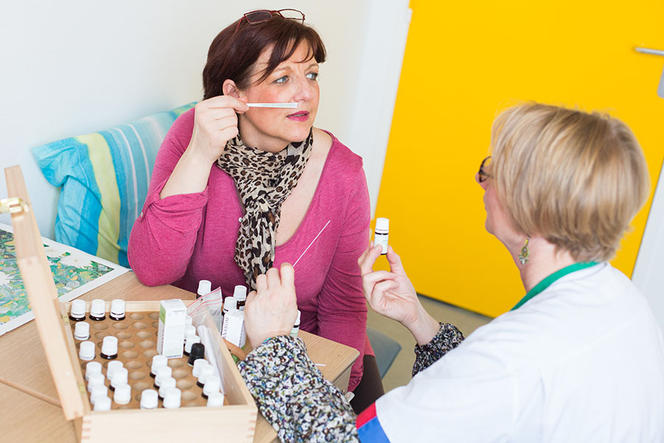 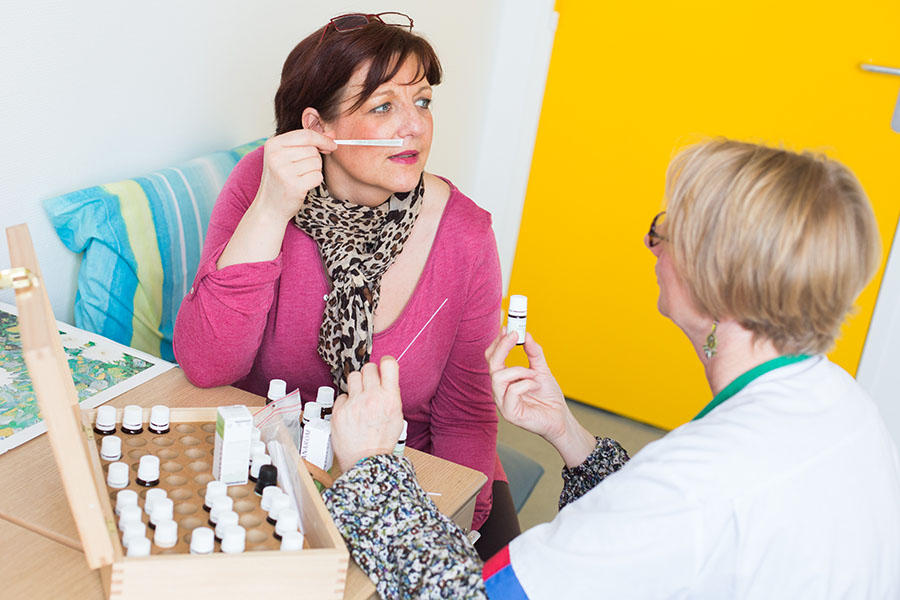 The bad news is that there is an acute, chronic need for better treatment of olfactory deficiency, despite an outcry by a number of doctors and researchers in recent years. A survey dating from 20099 reveals the frustration of dysosmic patients, who report feeling little or ill informed about both the diagnosis and prognosis of their condition. Most patients first turn to their general practitioners, who have very limited knowledge of olfactory disorders, their possible aetiologies and their treatment.

Our survey in the spring of 2020 highlights the unpreparedness of a large portion of the medical profession. Convinced that nothing can be done, general practitioners very rarely consider hyposmia as a treatable condition. Among the Covid-19 patients surveyed who consulted a physician for their olfactory loss, only half had received a formal diagnosis of dysosmia, and fewer than 5% were referred to an ENT specialist. In more than two-thirds of cases, the olfactory dysfunctions only helped the diagnosis of Covid-19. They were not considered a symptom to be treated, despite the concerns of many patients suffering from the loss of one of their senses. The most common response to the question of how to restore one’s smell was to wait for a spontaneous recovery.

The very scope of the pandemic raises hopes that therapeutic advances will be made simply to address the growing number of dysosmic patients. The efforts in this area should focus on informing health practitioners and on the development of olfactory kits with proven rehabilitative effectiveness. During the training, it would be advisable to record the performances of sufferers, who should be coached throughout the process to help sustain their long-term motivation. For all olfaction specialists and their patients, these will be the challenges of the post-Covid-19 era.

The viewpoints, opinions and analyses expressed herein are the sole responsibility of their author(s) and cannot in any way be construed as reflecting the views of the CNRS.

0
Tracking the bluefin tunaPrevious
No social distancing in borderless AmazoniaNext 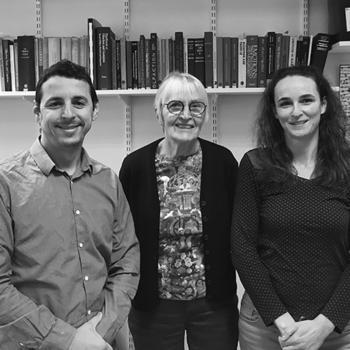