Confronting Bullying and Harassment at Work

Confronting Bullying and Harassment at Work

Ulrich BAUMGARTEN/GETTY IMAGES
Share
Share
Awareness of workplace harassment is rising around the globe. On June 5-8, researchers from a variety of disciplines gathered in Bordeaux for an international conference on this complex phenomenon, which affects a broad range of professional sectors. Legal expert Loïc Lerouge, a co-organizer of the event, takes stock of the current state of knowledge on the issue.

The 11th International Conference on Workplace Bullying and Harassment was held in Bordeaux this year. Why was France chosen as host, whereas previous editions most of the time took place in English-speaking countries?
Loïc Lerouge:1 Because workplace harassment, which affects many sectors (medical-social, transportation, the hotel-restaurant industry, sales, etc., all characterized by extensive interaction with outside parties) is now a widespread, global phenomenon that is being reported in countries in both the Northern and Southern Hemispheres, in both industrialized and developing nations. It has thus become of essential importance for researchers working in various fields (law, psychology, sociology, management, medicine, economics, etc.) and in various languages (for this conference, English, French and Spanish) to share and synergize their knowledge and experience as widely as possible. The event echoed the 107th session of the International Labour Conference, which was drafting, on those same dates, an international agreement on harassment and violence in the workplace. The interaction between the two events shows to what extent research can provide insight and answers to the major social challenge of workplace harassment. According to the findings of the sixth Eurofound2 survey on working conditions in 2015, nearly one out of six workers in the European Union report having been the victim of improper social behavior, violence or harassment, including sexual harassment.

“Abusive treatment (via actions, words or behavior…) that impairs the dignity or the physical or psychological integrity of an individual and places that person’s job in jeopardy.” As a legal expert, how do you assess this definition of workplace harassment, which, it is worth noting, is defined as an offense in the French criminal code?
L.L.: It is too broad, too general. Unlike physical hazards in the workplace (chemicals, heavy loads, falls, etc.), workplace bullying is a complex phenomenon and difficult to grasp—even more so in legal terms, because it involves individuals’ subjective perception.

Since it is difficult for certain victims to talk about it, sexual harassment in the workplace is no doubt substantially underreported.

Sensitivity to suffering, like the capacity to speak up and resist, varies a great deal from one person to another. For the judge, who must decide whether or not moral harassment has occurred, the key problem is to objectify the facts in order to apply the appropriate system of law. He must distinguish between what is actual harassment and what is part of the normal work situation. In France, workplace bullying is covered by a separate and specific set of laws, which require repetition and focus on its effects in terms of occupational health. The judge can also deem management methods that target one person in particular to be bullying with no malicious intent. 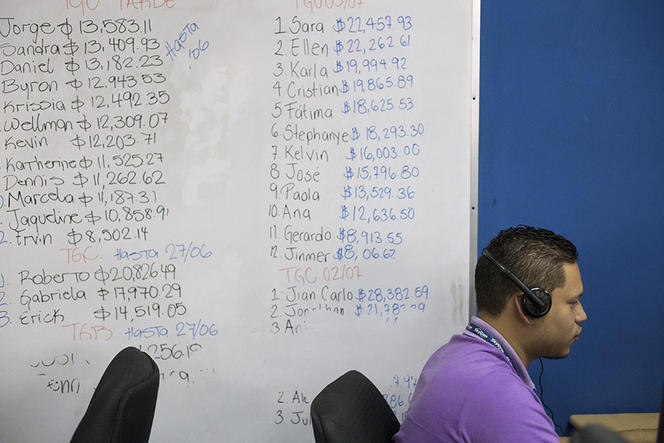 According to Loïc Lerouge, the global economic context, which exacerbates competition and constant reassessment, is conducive to harassment. Here, a call center in El Salvador where each employee’s financial performance is posted for all to see. 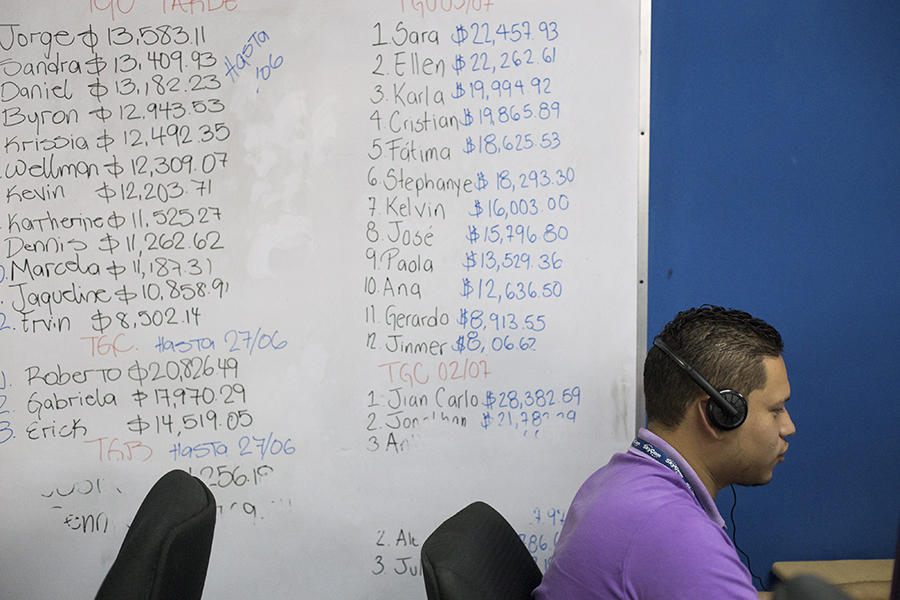 How common is sexual harassment in the workplace today?
L.L.: According to a survey conducted in 2015 by Le Défenseur des Droits (The Rights Defender), 1 out of 5 women in France has encountered this type of mistreatment, a proportion that has not fallen since 1991. But the phenomenon is difficult to quantify with accuracy. Since it is difficult for certain victims to talk about it, sexual harassment in the workplace is no doubt substantially underreported. Mediation has been proposed as a means of resolving relationships of domination, which include sexual harassment, but it is not an appropriate solution. According to Christelle Mezza, a lawyer who spoke at the conference, asking someone who has been sexually harassed, and therefore psychologically devastated, to sit down with her tormentor is not wise, and may result in a ruling that prevents the victim from recovering. In cases of harassment, no compromise is possible.

Is workplace bullying, in all of its forms, a rising trend?
L.L.: Considering the global economic context, which exacerbates competition and constant reassessment, situations of moral harassment in the workplace are probably going to increase.

Harassment and bullying are interlinked with the work context and the predominating economic and organizational culture.

This context of extreme competition, which encourages the setting of more ambitious goals without necessarily providing the means to reach them, increases individualization in work situations, which in turn leads to decreased social support as workers increasingly see others as personal competitors or hindrances to progress.

Without meaning to, managers become harassers because they themselves are exposed to intense physical and mental stress that they pass on to their teams. Today, workplace bullying is no longer just a question of interpersonal relations that engender, for example, “bully boss” syndrome. It is interlinked with the work context and the predominating economic and organizational culture.

Public hospitals have also become places of suffering, to the point that some practitioners have even committed suicide…
L.L.: Imposing a corporate-style approach based on profitability to health and social institutions, which are subject to stringent ethical standards, has disastrous consequences. Managerial practices imported from the private sector without any adaptation to the medical-social sector, or understanding of how it works, often turn out to be incompatible with the philosophy and practice of healthcare. The allocated resources are not in line with the concept of medicine as perceived by the profession, which ipso facto finds itself in a “catch 22” situation. 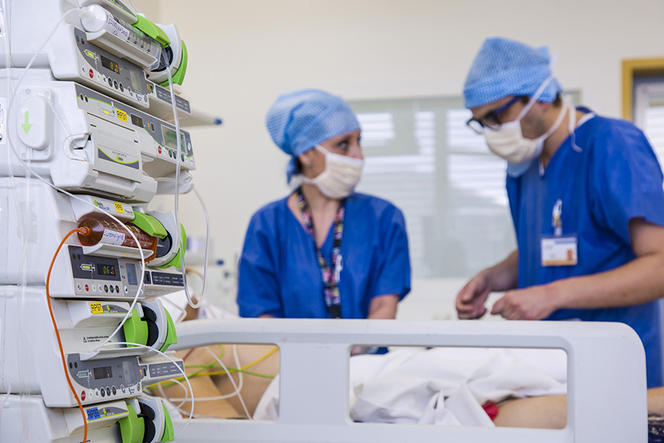 When managerial practices from the private sector are imposed on hospitals, it places the personnel in “a ‘catch 22’ situation,” the researcher explains. 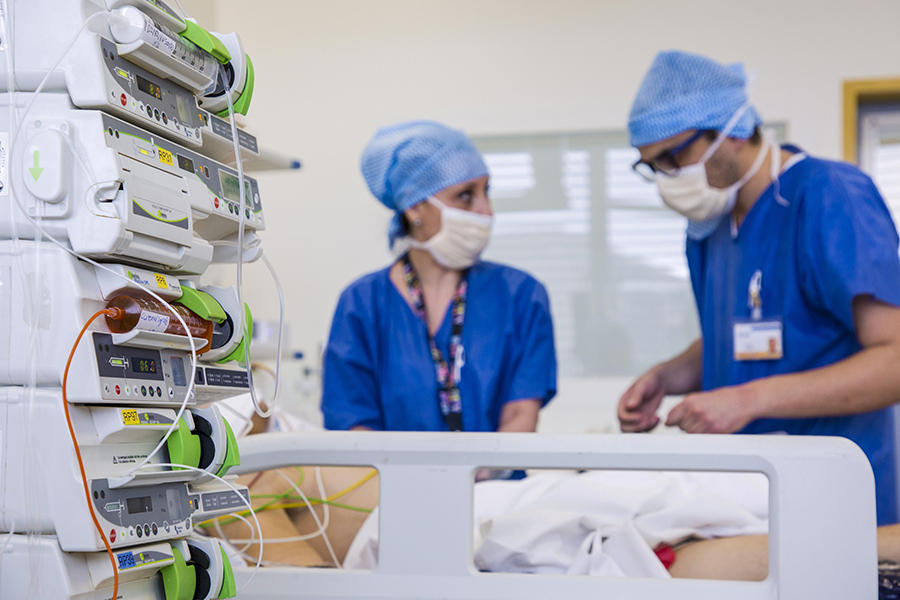 When managerial practices from the private sector are imposed on hospitals, it places the personnel in “a ‘catch 22’ situation,” the researcher explains.
Ian HANNING/REA
Ian HANNING/REA
Share
Share

Are certain principles and fundamental balances in the workplace undermined by the increasingly widespread use of information and communication technologies (ICT)?
L.L.: These technologies, which are a part of everyday life for the majority of the labor force, are not without their effect. They make it possible to monitor very closely the performance of assembly-line workers, call center employees, cashiers, drivers… Similarly, the number of email messages to be handled every day in an ever-shorter time adds substantially to the workload. Especially now that, with the advent of the smartphone, the office can be transplanted to the home or anywhere else, outside of office hours, during weekends and holidays… Authors like the sociologist Thierry Venin refers to it as an “electronic leash.”

We must progress from a reparative method to a preventive method.

The increasingly blurry line between professional and personal life poses a threat to the right to rest and leisure, which is important. Not to mention other forms of digital harassment or offensive behavior, such as derogatory emails sent to an entire work community, whether deliberately or by mistake.

In your opinion, what should be done to fight workplace bullying?
L.L.: We have to do more than repair the damage to workers’ health or compensate for the degradation of working conditions. We must progress from a reparative method to a preventive method, this is an issue of paradigm change. To implement “primary” prevention, which means as far upstream as possible (starting in secondary schools, business and engineering schools, universities, etc.), requires an ethical and educational approach that makes young people aware of the importance of occupational health, caring for others, upholding gender equality… On a more fundamental level, it is also important to identify, as I try to do in collaboration with Professor Robert Karasek, ways in which the law can be a driver for integrating occupational health in economic systems, thus showing that “health” and “productivity” are not mutually exclusive.3

Article
Feminicide: naming the crime in order to fight it
Law

Opinion
Neuroscience in the Courtroom

Article
Can the Law Save Nature?
Harassment