Home / Articles / Between transparency and confidentiality, is electronic voting viable?

Between transparency and confidentiality, is electronic voting viable?

Home / Articles / Between transparency and confidentiality, is electronic voting viable?

Between transparency and confidentiality, is electronic voting viable?

Transparent ballot boxes are reassuring for voters who can see their ballot fall and remain inside until votes are counted (municipal elections in Metz, northeastern France, in March 2018).
Pool DEMANGE/MARCHI/Gamma-Rapho via Getty Images
Share
Share
In France, where the first lockdown was imposed immediately following the initial round of the 2020 municipal elections, the Covid-19 pandemic has brought remote electronic voting back to the forefront. Stéphanie Delaune and Véronique Cortier, specialists in cryptographic issues, shed light on the scientific approach to e-voting.

What is electronic voting and how is it used in the world?
Stéphanie Delaune:1 There are two types of electronic voting, either using a dedicated machine or voting online from a personal computer. Although certain issues are common to both, these are two very different solutions. Véronique Cortier and I work primarily on Internet voting. In France, machines were briefly used, but a moratorium in 2008 effectively halted their rollout, except for occasional use in municipal elections.

Véronique Cortier:2 Practices vary widely from country to country, and voters usually have no idea how the proposed electronic voting systems operate. French citizens living in other countries can vote online for parliamentary and consular elections. But for the 2012 poll, no information was made public as to how those ballots were handled, even though some slivers of information can be surmised. And in fact, the experiment was not repeated in 2017: online voting for French nationals abroad was called off a few months before the election. The pioneer in the field is Estonia, whose population is issued an electronic identity card that provides much better authentication than the system of user names and passwords sent by regular post. Australia adopted e-voting a few years ago, with several hundred thousand electronic ballots. Switzerland is also a leader, especially because it holds multiple referenda every year, each time on several issues. Voting by mail is common practice, hence the will to switch from paper to virtual ballots. 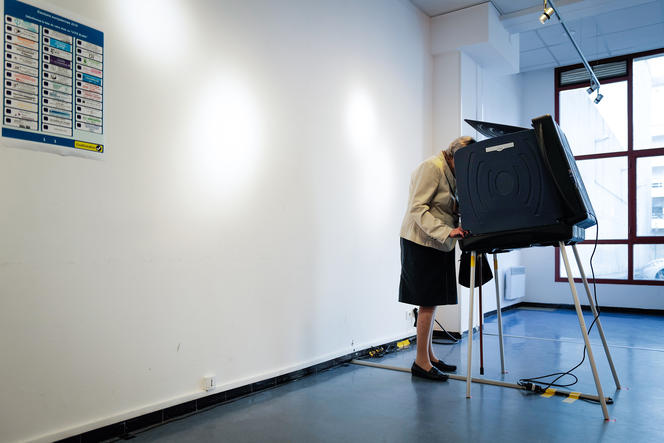 Isolation is also required for electronic voting! Shown here, a polling station in the outskirts of Paris during the European elections of 26 May 2019. 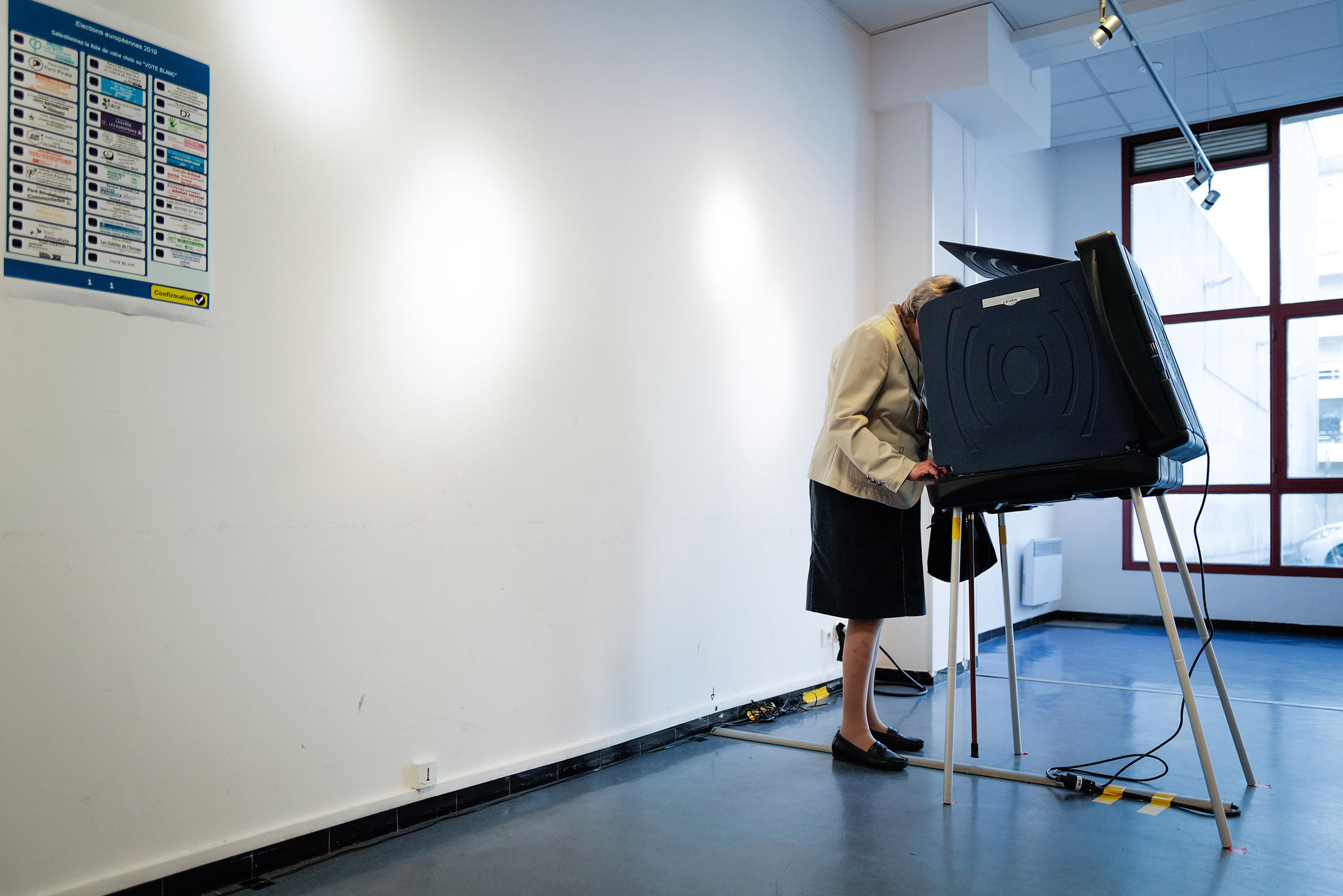 Isolation is also required for electronic voting! Shown here, a polling station in the outskirts of Paris during the European elections of 26 May 2019.
HAMILTON/REA
HAMILTON/REA
Share
Share

What led you to study electronic voting?
S.D.: Some of the issues involved in e-voting overlap with those of cryptographic protocols, especially in terms of maintaining anonymity and privacy. Our research focuses primarily on the development of verification techniques, which gives us plenty to chew on.

V.C.: It is in fact difficult to ensure both reliability and voter anonymity: how can one be certain that the result is correct, or that only qualified people have voted, without revealing who did and how? We consider that the conventional paper ballot offers an excellent compromise between these two properties, at least for large-scale national elections. This level has yet to be reached for electronic voting in France, where e-voting solutions are black boxes: people don’t know anything about the system being used and don’t even have proof that the servers have received their ballot.

S.D.: This duality between anonymity and transparency complicates the situation. It’s an issue that must be addressed in order for electors to trust the final result. With paper voting, the boxes are transparent for a good reason: seeing their ballots fall inside is part of a ritual that helps reassure voters.

What are the main obstacles for researchers in this field?
V.C.: The first step in any scientific analysis is to define the terms. Determining what is a secret ballot is not as easy as it seems. For example, a unanimous election means that everyone chose a particular candidate, which poses no confidentiality issue. Yet if all voters but one selected Candidate A, the person who didn’t knows the choice of all the others, who on the contrary have no idea who voted for Candidate B. The research community has yet to reach a consensus on the definition of a secret ballot. Certain criteria are reasonable enough, but not applicable to all voting systems. It would be very risky to claim that a given protocol is secure when it isn’t always the case, or to keep trying to improve it beyond what is necessary.

S.D.: There is now a consensus on certain elements of security, such as what makes a good protocol for storing authentication keys. However, voting poses its own specific problems, resulting in definitions that are by no means absurd, but are limited. 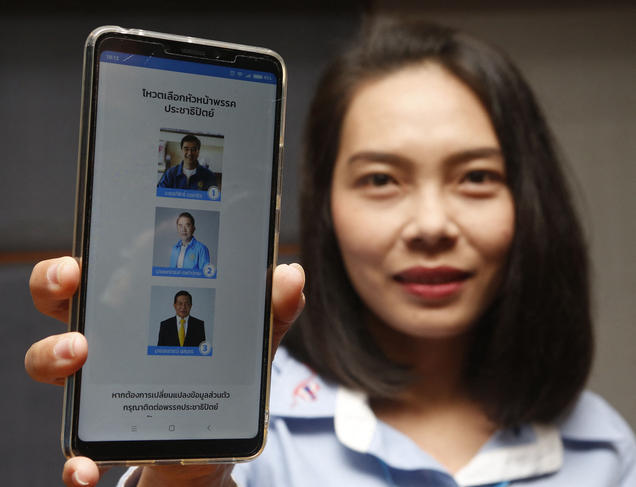 In 2018 in Thailand, the democratic party had to postpone the election of its future leader due to a security problem with the electronic voting application. 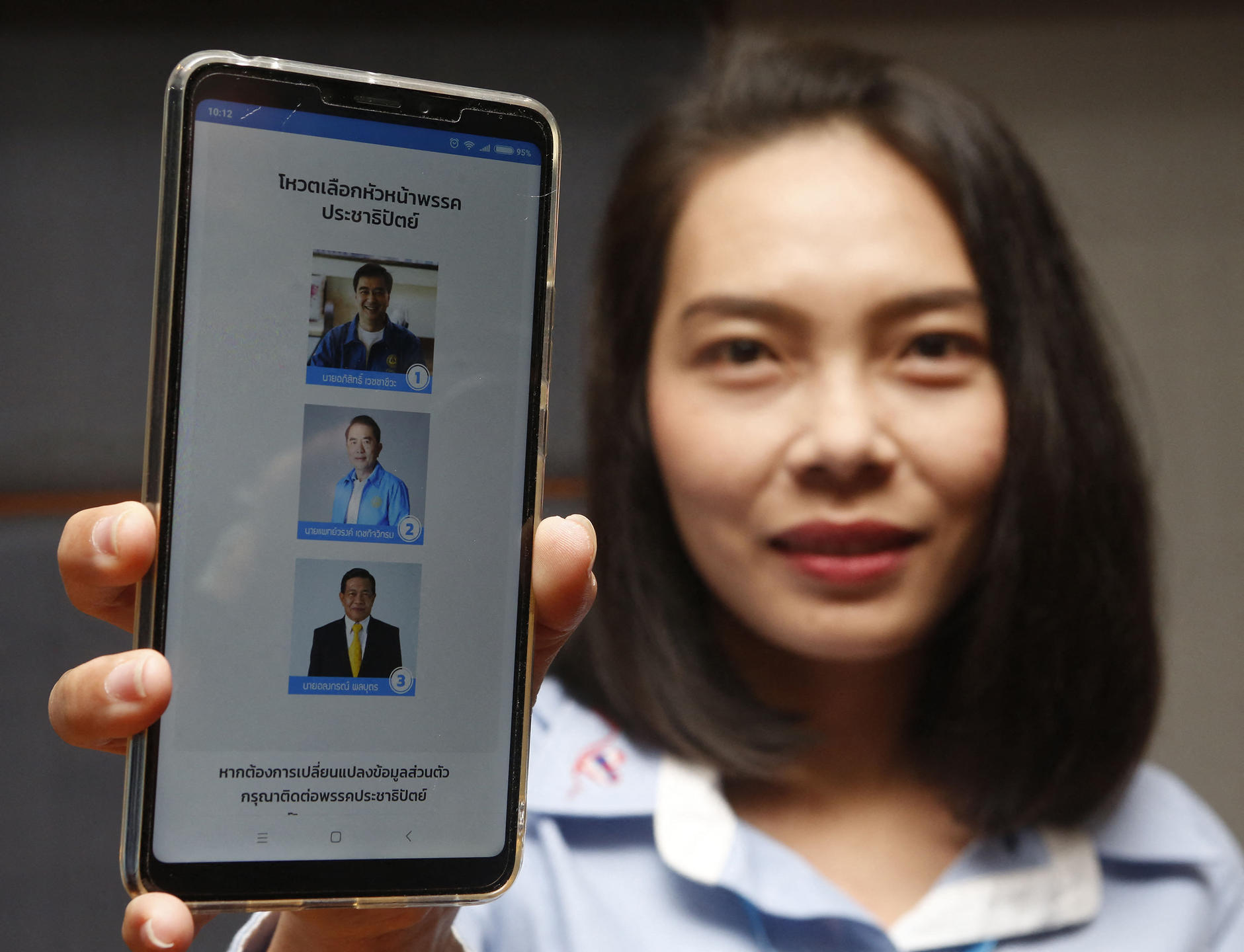 Since voting is not just about choosing government officials, what solutions are available for other types of elections?
V.C.: I developed Belenios with my colleagues Pierrick Gaudry and Stéphane Glondu at the LORIA. The software has become more widely used during the pandemic, especially by academic groups and private organisations, for example to tally votes in a virtual general assembly. The encoded ballots and ballot box are visible to all and electors keep a receipt containing a record of their encrypted vote, so they can verify that it has been properly counted.
Mathematical tools then allow any outside expert to verify that the result does indeed match the vote. The only limit is that users must trust the computer of the participant in charge of encryption, as they are not protected if it has been appropriated for malicious purposes.

S.D.: Cryptography experts can even create their own verification codes if they don’t trust Belenios.

In the short term, what possibilities and limitations would there be in France for electronic voting?
V.C.: Online voting has been approved for French citizens residing in foreign countries in preparation for the 2022 parliamentary elections, and a service provider has been selected following a call for tenders. The fears triggered by the pandemic nearly led to the adoption of voting machines for the next presidential poll, but the proposal was ultimately rejected. Someone in politics could revive the idea, but from a scientific point of view, electronic voting does not currently offer the same degree of security and transparency as going to an official polling station and putting a paper ballot into a ballot box. If French nationals in other countries vote by post, they cannot be totally certain that their ballot will be delivered on time and that it won’t be identified or modified. Online voting is generally better in that specific case.

See author's bio
Do Covid-19 vaccines prevent infection and transmission?Previous
It is not too late to act for biodiversityNext