The virtual environment of the future simulator, which is being developed by the company Reviatech, a partner of the project.
2016-REVIATECH & VICTEAMS PROJECT- All rights reserved
Share
Share
In extreme situations, such as war or following a terrorist attack, first-aiders are subjected to levels of stress that can affect the quality of the care that they provide to the injured. A multidisciplinary research team has developed a virtual simulator to help the fire service and military doctors cope with this type of crisis.

The Paris terrorist attacks of November 13, 2015 served as a sad reminder that first-aid workers, who rely on well-defined procedures, can find themselves ill-prepared to deal with hundreds of victims. In order to help them handle such atrocities, a group of French researchers has been working for nearly a year on a new type of simulator as part of the VICTEAMS1 project. “Our goal is to define a virtual environment for training the medical teams in charge of organizing the response to a massive influx of victims, for example in the case of a terrorist attack, armed conflict or industrial catastrophe,” explains project coordinator Domitile Lourdeaux, a computer scientist at the Heuristics and Diagnostics for Complex Systems laboratory (Heudiasyc).2 Uniting IT and educational specialists, psychologists, ergonomists, and neuroscientists, as well as military physicians and fire service personnel, the research team comprises some 20 experts, all contributing their specific know-how to the development of the future simulator. 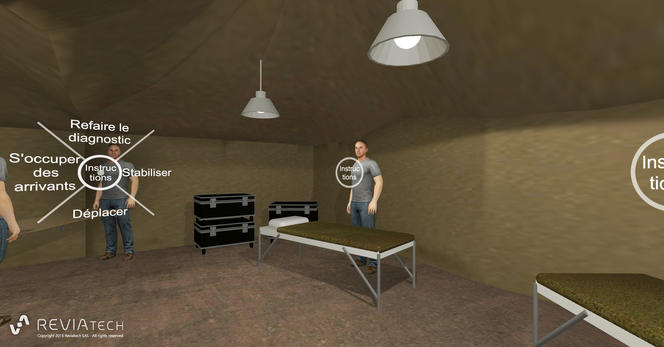 In addition to the triage of victims depending on the severity of their injuries, the simulator should help its users work on the relational aspects of team management. 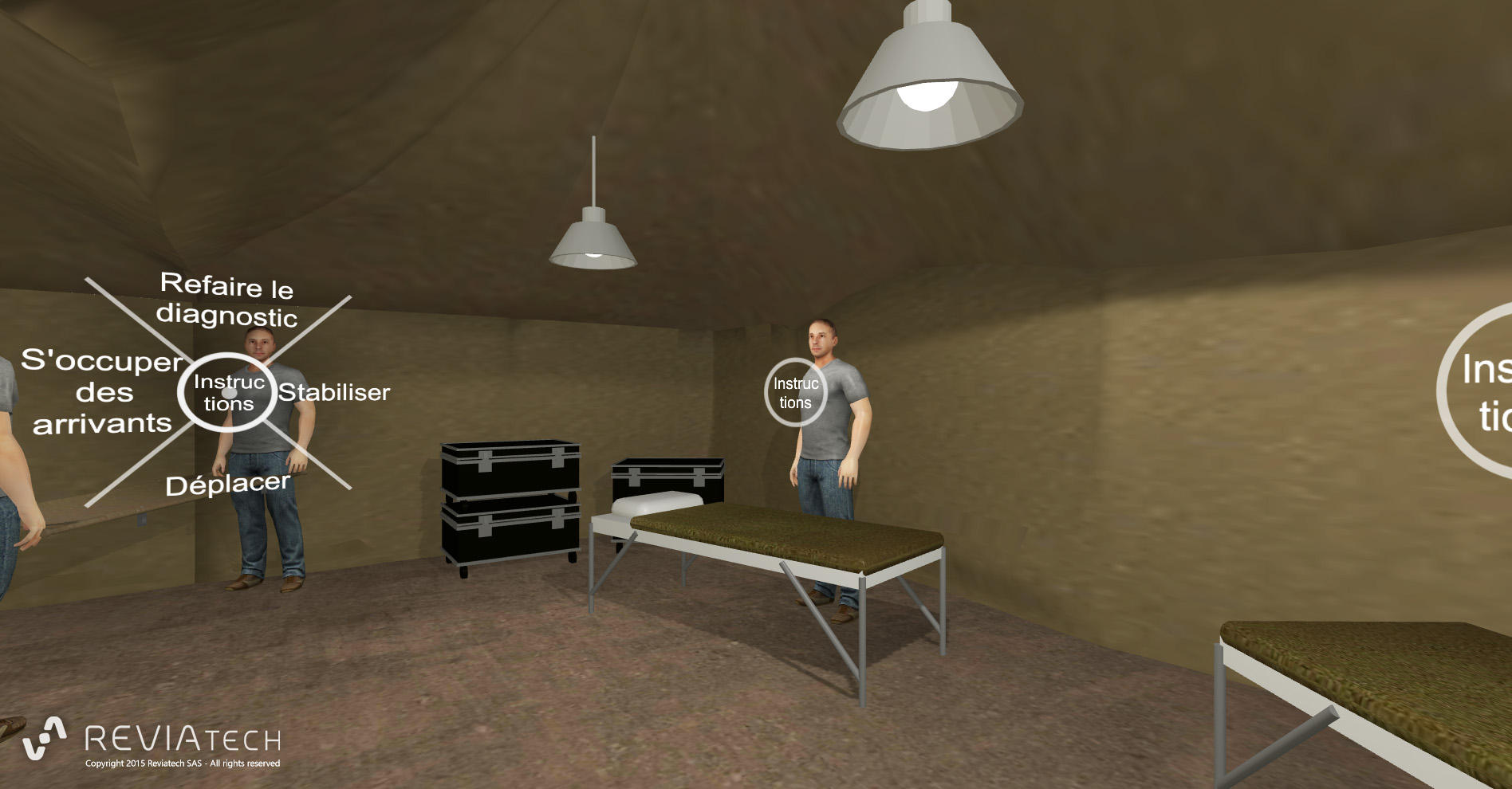 A supplement to existing training systems

In order to be prepared to take action in these difficult situations, emergency teams in France are already participating in full-scale role-play exercises and training with CPR manikins that realistically simulate firearm injuries and fractures of all types. Although indispensable, these drills often focus on learning technical procedures and do not help the teams develop a collective awareness of the situation. Moreover, these simulation tools do not integrate the emotional burden on emergency personnel trying to do their jobs in a context as harrowing as war or a terrorist attack. “The simulation software programs currently available put the emphasis on triage according to the severity of the victims’ injuries,” Lourdeaux notes. “The relational side of team management is rarely taken into account, even though it is often essential  for dispensing medical care in a crisis situation.”

In order to incorporate these aspects into their future simulator, the members of the VICTEAMS project are studying the real-life experiences of the Paris fire brigade and the military doctors of the École du Val-de-Grâce: building fires in Paris, attacks on military convoys in Mali and Afghanistan, the terrorist attacks of January and November 2015, etc. This information is combined with the practical and theoretical knowledge of human psychology supplied by the LIMSI,3 and that of learning and the development of professional skills provided by the IRBA.4

A virtual environment with a human face

The researchers must then translate this body of data into computer language, a painstaking task that has been broken down into different modules. Some of these involve mathematical models to describe the activity of each member of an emergency medical team. Others seek to determine the non-technical capacities—like leadership and cooperation—to be included in the training of personnel, and to define psychological profiles that can encompass the range of feelings experienced by first responders taking action in an emergency. The consequences of stress on the cognitive abilities of the various individuals present (nurses, doctors, the injured, etc.) are also among the parameters that the researchers need to encode using algorithms. All of these modules will make the simulator’s virtual characters behave as realistically as possible. These avatars, whose biomechanical modeling has been entrusted to the researchers at the CEA-List, will assume the roles of both medical personnel and patients.

The medical staff will access the simulator via an immersive VR headset.

“To offer future users a free and adaptive learning experience, the characters in our simulator must not follow a predefined scenario, as is generally the case in a video game,” explains Nicolas Sabouret, an artificial intelligence researcher at the LIMSI, the laboratory in charge of perfecting these virtual characters. “On the contrary, they must act independently, making decisions depending on the parameters that arise during the simulation.”

This is what makes the VICTEAMS project unique among virtual simulators: its approach is intended to give the virtual characters a degree of artificial intelligence that will allow them to interact with the trainees not only on a professional basis but also at the social and emotional level.

Lastly, these “intelligent” characters will be integrated into an immersive virtual environment that will reproduce an emergency medical facility in detail and in three dimensions. Wearing a headset, a doctor or nurse will be able to interact with the virtual patients and medical staff. For the first experimental demonstrator, expected to be operational in June of this year, the VICTEAMS researchers have decided to focus on a patient with a bullet wound. The physicians at the École du Val-de-Grâce who are in charge of testing the system will interact with a virtual doctor, nurse and auxiliary. In the first simulations, these avatars will be guided by a pre-established procedure, but over the subsequent months their behavior will gradually become more complex and autonomous. In parallel, the number of patients to be treated and the variety of their injuries will increase as well.

“We plan to complete three successive demonstrators over the next two years before the final simulator is ready,” Sabouret reports. “With the help of the medical personnel from the Army and the Paris fire brigade, who will be its principal users, we will endeavor to ensure that the virtual characters’ behavior remains consistent despite the system's growing complexity.” Once it is finalized, this cutting-edge simulator will be equipped with a scenario generator, an innovative feature that will make it possible to adapt the complexity and stress level of the emergency situations to the abilities of each user.

Article
Between transparency and confidentiality, is electronic voting...
Artificial Intelligence