Home / Articles / A Climate in History

A Climate in History

A Climate in History

Maritime ex-votos (pictured here, Italian school fresco from the 17th century) can help historians relate past events.
J. BRANCATI/BRIDGEMAN IMAGES
Share
Share
Emmanuel Garnier, a climate historian who specializes in extreme events and their effects on ancient societies, describes how we could draw from past experiences to adapt to the increasing risks posed by climate change.

As a climate historian,1 you mostly use archival data (crop yields, observations, etc.) to study the climate of the past. How does this information complement that from the 'hard sciences,' which operate over much longer time scales?
Emmanuel Garnier: Most of the data is made up of written public records. Other sources are more unusual, such as captains' logbooks and the private diaries of peasants and dignitaries. Historians can also study the climate in images, in the form of ex-votos, small religious pictures relating climate disasters, or the famous paintings by the Dutch artists of the 'Golden Age,' whose art reflected the climate at that time, as seen in their representations of the harsh winters of the Little Ice Age. The reconstruction of old meteorological records enhances the climatologists' models. At the Paris Observatory for instance, the first instrumental observations began in the 1650s! History is also invaluable when it comes to studying extreme weather events. In the case of hurricanes or floods, historical data considerably reduces the length of return periods—the number of years between two disasters—calculated by models. And historical information provides climatologists with a much finer chronological resolution than pollen or tree ring studies.

Historians can also study the climate in images, in the form of ex-votos, small religious pictures relating climate disasters.

When did people first become aware that human activity, through land use, farming, etc., could affect the local climate?
E.G.: Contrary to the ideas of the sociologist Ulrich Beck,2 who believes that old preindustrial societies were powerless in the face of disasters, records abound with early examples of awareness of the human impact on the environment. Well before contemporary climate change, they mentioned 'weather disturbances' or 'weather monstrosities.’ In Western Europe, the destruction of hedges and woodland was denounced as early as the 18th century and accused of causing flooding. In the Fens (Eastern England), people linked the draining of marshes, which began in the 1650s, to more frequent flooding and drought.3 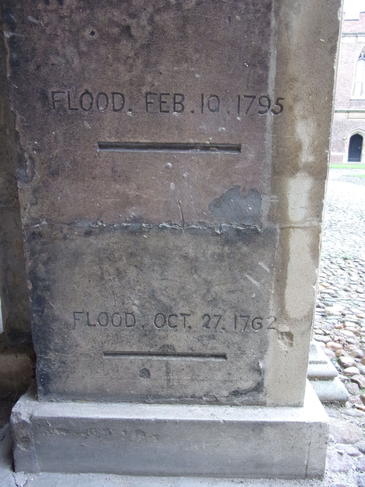 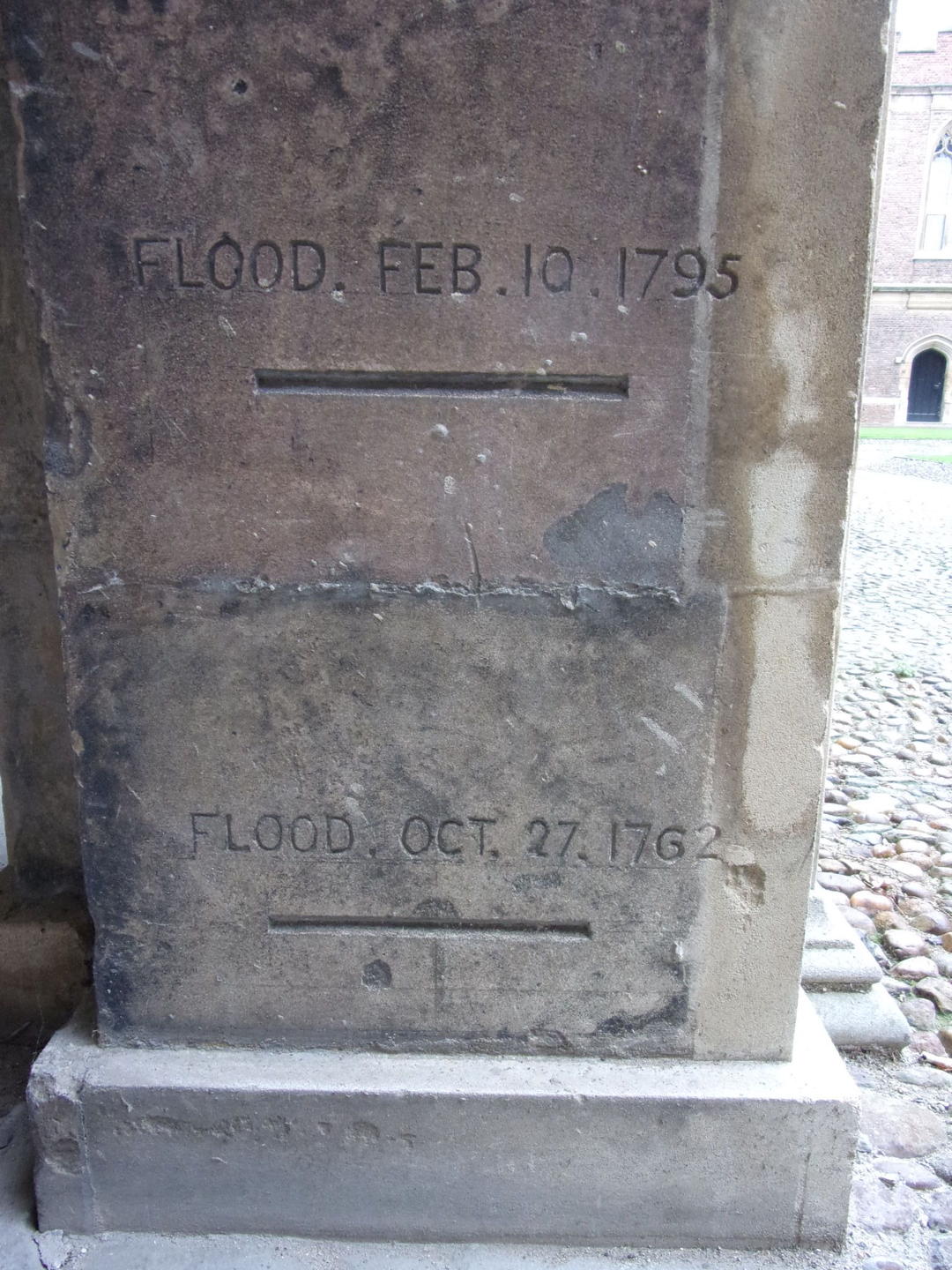 With regard to climate change, what were the major extreme weather events that contributed to raise public awareness?
E.G.: Paradoxically, the link between the two is very recent. Although the first climate research programs were launched in the late 1960s (GARP, WCRP),4 it wasn't until the disasters of the 2000s that politicians and the general public began to connect the two phenomena. For example, in Europe, very few media related the Lothar and Martin windstorms in December 1999 to climate change. And although things began to change with hurricane Katrina in August 2005, the real turnaround occurred in October 2012, when hurricane Sandy hit New York, and especially Manhattan. The unanimous decision to raise around a billion dollars to protect the city from flooding is clear evidence of a wake-up call for all those concerned. 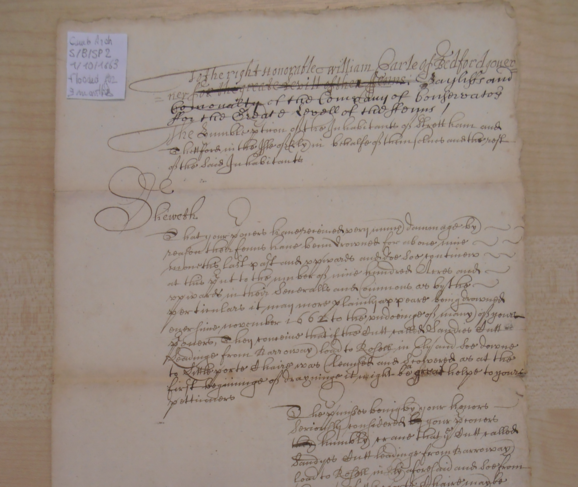 Report relating the damages caused by flooding in the Fens (eastern England) in 1663 (Cambridgeshire Archives, S/B/SP/2). 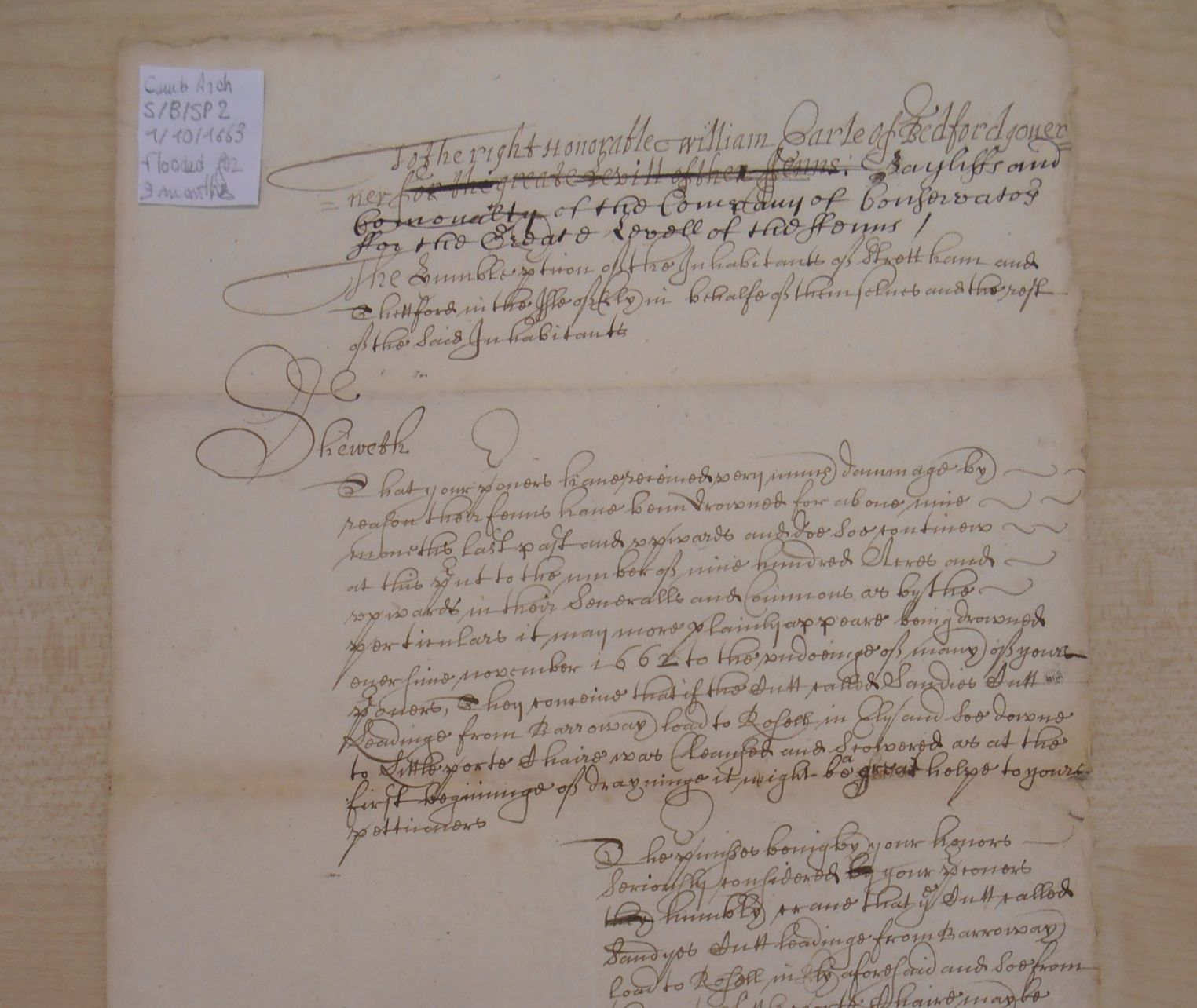 You believe that although such extreme events serve a cause that is very real— namely climate change—they have nonetheless always existed. Are we too quick to forget?
E.G.: Our records have always mentioned natural disasters that gave rise to poor harvests, massive migration, epidemics, persecution (of witches and minorities) and political debate! Indeed, climatologists are always reserved when they talk about an upsurge in extreme events, because it partly depends on the method used to measure them. What is certain is that the human—and mostly financial—repercussions of such events will continue to increase: there are now people living by the sea who did not use to 20 years ago. Hence the need to redevelop these areas so as to take into account such extreme weather events. The devastation left by Sandy is mainly due to the lack of a buffer zone that used to exist. And the creation of 'Big U', an urban development project around Manhattan, shows that we are moving back in this direction.

You feel that our view of climate change-related issues is too global, and that a more local analysis is required.
E.G.:   Since I take part in European projects, I know that people are more prepared to listen to us when we can place our research in the context of their region.5 In a city like Cambridge (UK) for example, the University's Colleges most threatened by flooding preserve and pass on their history by looking after and renewing the high water marks engraved on the buildings since the 18th century. In addition, such mediation through history has enabled us to rediscover, on the island of Syros (Cyclades, Greece), seeds of plants known by the elders as anhydra ('without irrigation'). These tomatoes, melons and other plants can grow on arid plateaus and need no irrigation. Some regions of Europe could reintroduce these seeds to counteract aridity as it moves further north, which, although obviously caused by global warming, is not an extreme event as such. These examples show that history should be considered from a dual perspective, that of checking climate models, and that of enhancing adaptation strategies by making use of the feedback it provides.6