Jeremy Ward
Distrust of certain vaccines may reflect much broader problems, such as confidence in the French healthcare system. That is the view of the sociologist Jeremy Ward, who has looked at the reasons for French reluctance, which needs to be differentiated from diehard anti-vaccine movements.

As well as being football world champions, is France also top of the league in rejecting vaccines? Several international studies conducted in recent years, covering up to 140 countries, have indeed suggested this was the case, or at least ranked France among the top ten vaccine-wary nations. But attitudes and behaviours towards vaccination are complex and difficult to measure using the three or four questions contained in these surveys.

In other words, we do not know whether we are the world champions in vaccine hesitancy.  What we do know, however, is that during the past few years, a large percentage of the French population has had doubts (between 25% and 70%, depending on the study) about one or more vaccines, such as those against papillomavirus or hepatitis B.

It is probable that France’s specificity resides less in the prevalence of these doubts than in the fact that the phenomenon has been studied here more than elsewhere. Moreover, data is now available to help understand the reasons behind this situation and draw lessons from them. The recent dissemination of these doubts among the general public is usually due to the increased use of the internet and growing distrust towards institutions or even science as a whole. 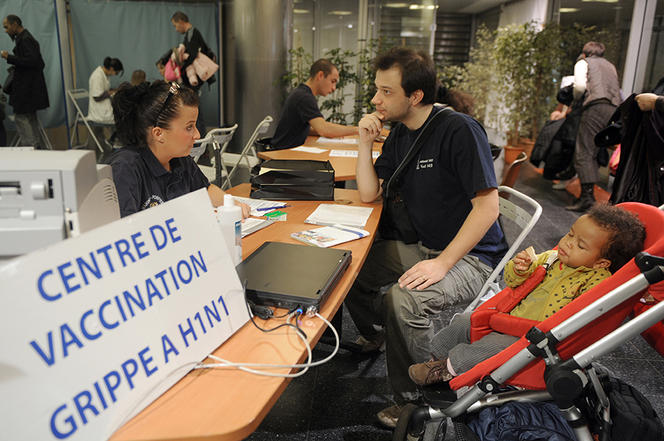 Vaccination centre in Marseille on 6 December 2009 during the campaign against avian influenza. Vaccine hesitancy started to develop in France from that period. 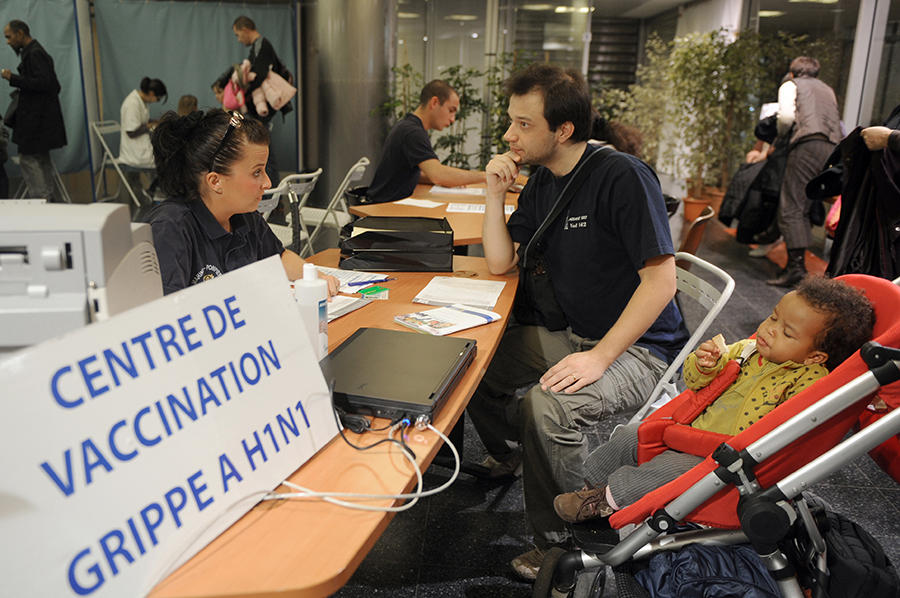 It is true that the internet facilitates access to critical arguments against vaccines and that for the past twenty years the health authorities have been central to a series of scandals that have left a lasting stain on their reputation. However, focusing on these two elements means overlooking three crucial phenomena, as I and my four co-authors explained in a recent publication.1

The increase in the proportion of the population expressing reservations about vaccination has mainly been observed since the controversy on the immunisation campaign against avian influenza in 2009 (although another debate had been sparked by the hepatitis B jab at the end of the 1990s). A succession of debates followed on the papillomavirus inoculation, the use of multivalent injectionsFermervaccines that immunise against several diseases, such as that against diphtheria, tetanus, poliomyelitis, pertussis, hepatitis B, and Haemophilus influenza B infections, like meningitis. or the inclusion of aluminium in the composition of vaccines.

There is a tendency to think that doubts about vaccines result from a lack of scientific understanding of vaccination, and that doctors, who are the principal sources of information and advice on these issues, should be immunised against these doubts. And yet this is not the case. The results of a study conducted in 2014 by my colleagues in Marseille showed that almost 14% of general practitioners expressed reservations about the usefulness or safety of certain inoculations, and nearly 20% of them thought that they were vaccinating against too many diseases. This reflects the deteriorating relationship between physicians and the health authorities in a context of proliferating scandals, financial crises affecting public hospitals and difficult negotiations regarding health insurance.

Much is said about “anti-vaxxers”, militants who have never accepted the scientific principles underlying immunisation, who prefer alternative medicines and deny the legitimacy of the (corrupt) State to force itself on the bodies of their children. Historically though, anti-vaxxer movements have had little influence in France, particularly when compared to their counterparts in the US or UK.

Among other factors, this resulted in an absence of major controversies concerning vaccine safety before the mid-1990s, while the UK saw important debates on whooping cough jabs at the end of the 1970s, followed in the early 1980s by debate on the combined diphtheria-tetanus-pertussis inoculation in the US. Indeed, the groups at the heart of recent controversies have chosen to distance themselves from traditional anti-vaxxers.

These new players restrict their criticisms to a limited number of vaccines or the substances they contain (e.g. the papillomavirus injection or the use of aluminium), while publicly proclaiming their attachment to the principle of vaccination. These patients, physicians and militants are closer to mainstream social movements (patient rights, environmental health, etc.) than the radicals associated with “anti-vaxxers” (alternative medicines, conspiracy theories, etc.). 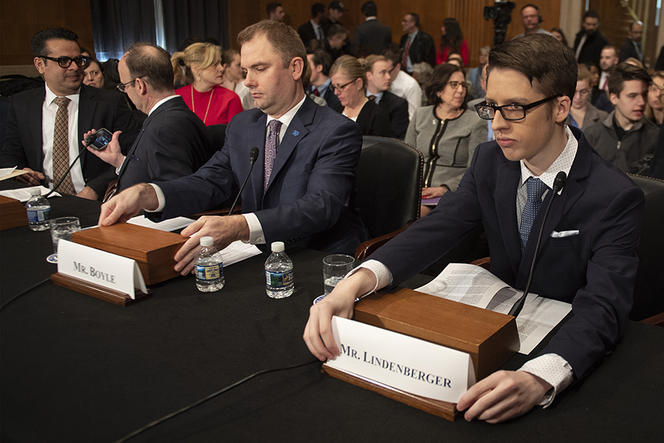 Invited to a Senate hearing in Washington on 5 March 2019, the US citizen Ethan Lindenberger (right) spent the first eighteen years of his life never having been vaccinated, as his mother thought it was dangerous. Last December, he got vaccinated and now militates against disinformation campaigns. 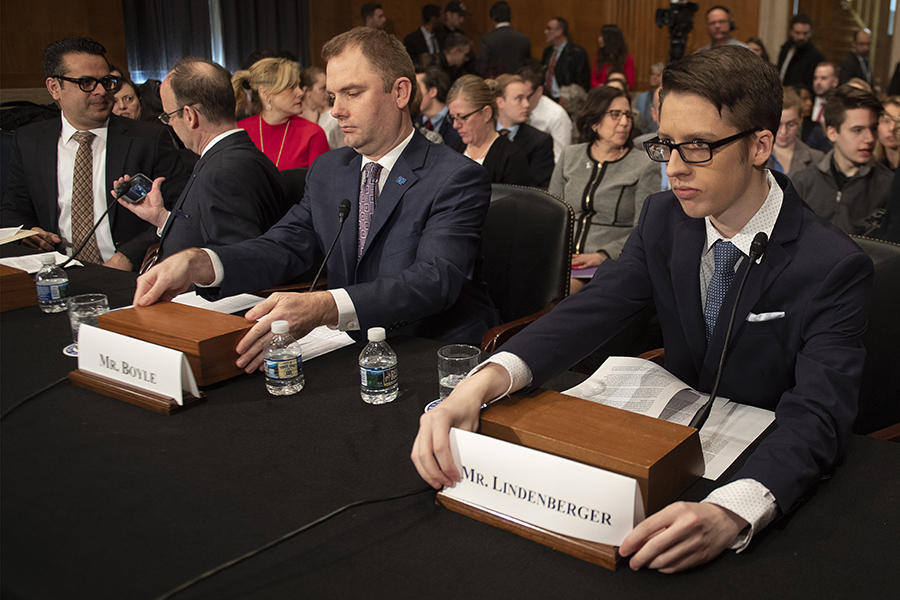 Invited to a Senate hearing in Washington on 5 March 2019, the US citizen Ethan Lindenberger (right) spent the first eighteen years of his life never having been vaccinated, as his mother thought it was dangerous. Last December, he got vaccinated and now militates against disinformation campaigns.
Jim WATSON / AFP
Jim WATSON / AFP
Share
Share

This less radical positioning partly explains the succession of controversies mentioned above. It enables these actors to appear more credible to the general public, the media, and the medical profession. This shift in the landscape of vaccine criticism is also observed among citizens: suspicion tends to focus on these controversial injections and only a tiny minority of them reject any form of vaccination.

Trust needs to be restored

Faced with this situation and the limited efficacy of the communication tools available to them, the French authorities have opted for a coercive approach. Since 1st January 2018, all children must be up to date with the 11 recommended vaccines if they want to be admitted into nurseries and schools. France is far from being the only country to make this choice. During the past five years, many governments have strengthened their mandatory vaccination policies and tightened their sanctions for non-vaccination (Italy, Australia, California, etc.) or have considered this option (Germany, Poland, etc.). It is true that such measures have often increased vaccination rates, but their introduction has sometimes given rise to important resistance movements and distrust among  a large proportion of the general population, such as in the UK in the 20th century or at present in Germany.

A year after this measure was introduced, its initial effects appear to have been positive. Vaccination rates have risen and the proportion of French people wary of injections seems to have declined. Yet nearly a third of parents say that they remain opposed to the measures, and more than 20% are still “hesitant”. In view of these encouraging results, the main risk now is that of becoming complacent and leaving this obligation to do all the work. Continuing efforts are necessary to restore confidence. Above all, vaccine hesitancy reflects broader issues in the French public health system, such as those underlying the breakdown of relations between certain physicians and the health authorities. Reinstating confidence in vaccines will only be possible by improving the healthcare system as a whole.

0
Supercomputers: the Stakes in the Global RacePrevious
“Music Opens the Way to all Cultural Worlds”Next 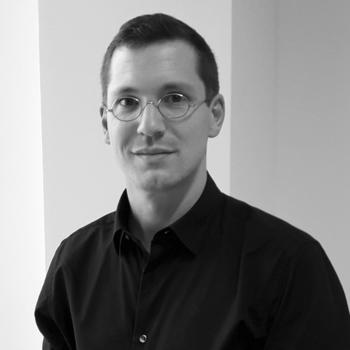