Solar Energy Aims for the Sky

Solar Energy Aims for the Sky

What if, instead of waiting for sunlight to reach solar panels on the ground, balloons were used to capture solar energy up in the air, where space is not restricted, where yields would be multiplied and clouds would never interrupt production? This idea, which is not as far-fetched as it seems, is being studied at the French-Japanese laboratory NextPV.

Sunlight is a constant

Climate change, the energy transition or the UN COP21 conference are proof that now more than ever, the world needs components of the energy mix that are inexpensive, abundant, accessible everywhere, available on demand, rapidly deployed, safe to use, emitting little greenhouse gases or other pollutants, and with a minimal environmental footprint. Solar energy, in its current form, does not yet meet all of these criteria.

The main problem with photovoltaic energy is that sunlight can be obscured by clouds, which makes electrical production intermittent and uncertain. But above the cloud cover, the sun shines all day, every day. Anywhere above the planet, there are very few clouds at an altitude of 6 km—and none at all at 20 km. At those heights, the light comes directly from the Sun, as there are no shadows and hardly any diffusion by the atmosphere. As the sky loses its blue color, direct illumination becomes more intense: the concentration of solar energy results in more effective conversion, and hence higher yields.1

A COP21 issue is the sustainable deployment of clean energy at a sufficiently large scale to make a real difference.

Under these conditions, the energy source is five times more abundant than on the ground,2 and production is entirely predictable. So why not send solar cells up above the clouds, where the sun always shines? One option is to mount solar panels on balloons, whether moored or mobile. Several projects have already demonstrated the feasibility of using balloons at altitudes well above 20 km. In this regard, Thales (Stratobus) and Google (Loon) are planning to resort to stratospheric aircraft as a cheaper alternative to the fleets of satellites being used for telecommunications.

Is this unrealistic? The first airborne solar farms have yet to see the light of day, but several documented studies suggest that they could become reality, notwithstanding the many technical and regulatory difficulties involved.

Photovoltaic solar energy has only been in the public eye for the past 15 years—and  economically competitive for the past five years. In 2000, worldwide production capacity barely totaled one gigawatt, compared with 200 today. With the development of mass production, the price of solar panels has dropped so much in recent years that their cost now account for less than half that of solar electricity.

Solar farms produce the cheapest photovoltaic electricity, with prices now below 0.10 euro per kWh. However, this method requires a lot of space. Theoretically, France’s electricity needs could be met by solar parks covering about 1% of its surface, an area that seems modest but is actually substantial, equaling the country’s total urbanized land. Not to mention the hundred million tons of glass needed to make the solar panels!

One of the issues addressed by the COP21 is that of a sustainable deployment of clean energy at a sufficiently large scale to make a real difference in the energy mix. In the case of solar energy, this would require the continuous production of more than one terawatt of electric power. Existing methods do not allow this goal to be achieved, especially as far as production near consumption is concerned, including in zones that do not receive abundant sunlight. On the contrary, using moored balloons made of low-energy polymers—easy to mass produce, offering rapid and reversible installation, floating high in the air and thus taking up little space on the ground—would bring about a genuine transition. 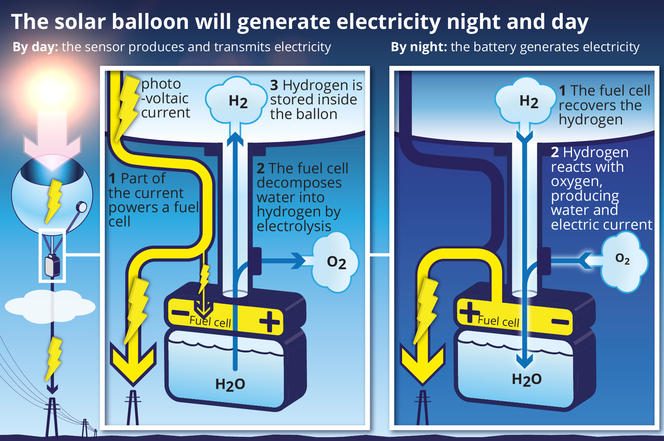 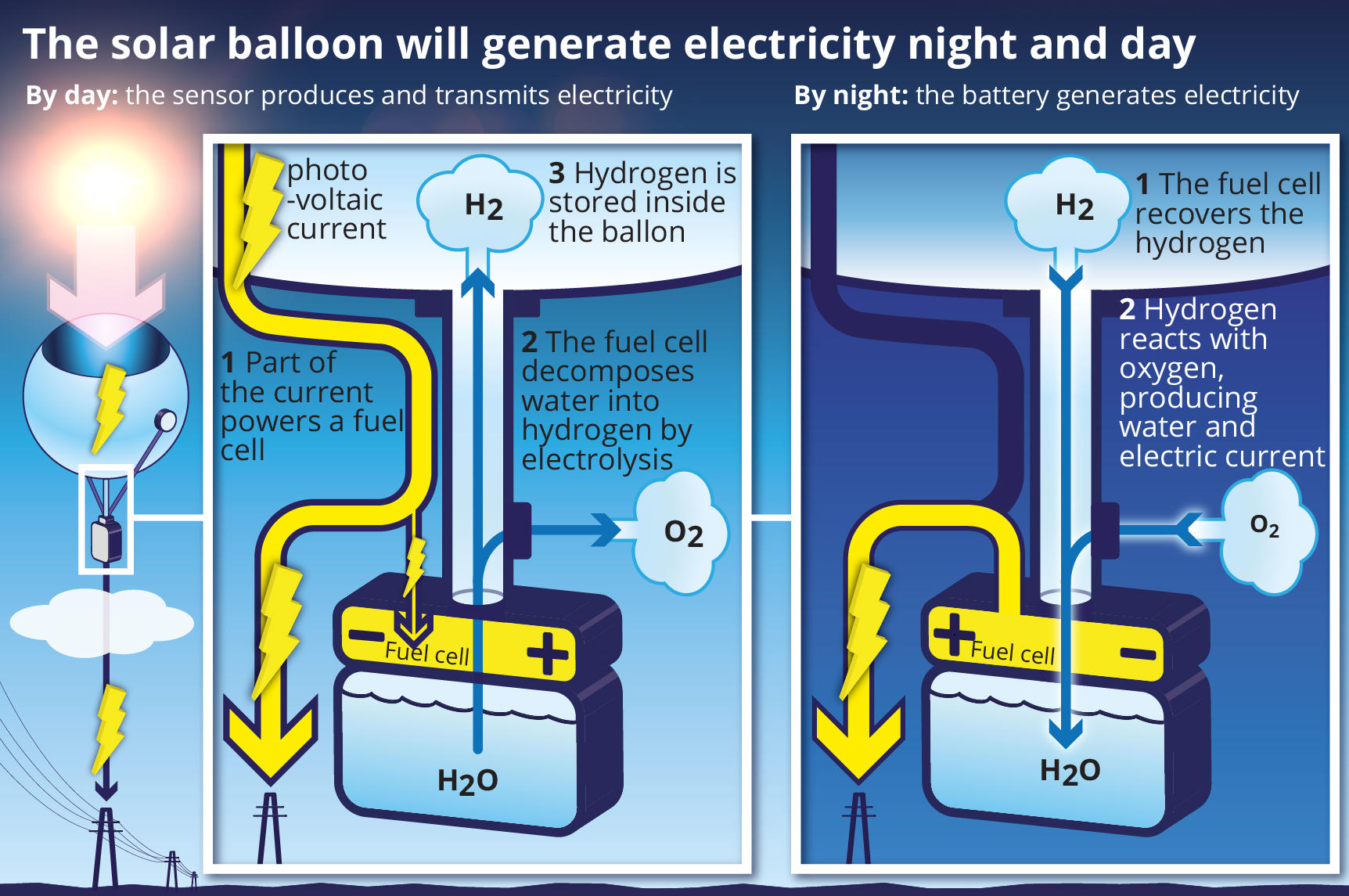 Unorthodox though it may be, such an approach seems preferable to the continued extraction of toxic, foul-smelling substances from underground at the expense of many human lives and irreversible damage to our shared habitat. Of course, solar balloons are not the only solution, but they point the way toward basic, positive change and deserve closer study. To this end, an international consortium is being formed upon the initiative of the French-Japanese CNRS laboratory NEXTPV, with a view to exploring possibilities and launching a prototype. The program will call upon a wide range of skills—not unlike the Dirisoft project, in which NEXTPV also took part. An initial seminar on the issue was held in November 2015 at the French embassy in Tokyo (Japan). In parallel, the Mines-ParisTech engineering school is due to investigate the social issues involved.

And there’s more. Today, one of the obstacles to the deployment of renewable energies like solar electric power is storage. Batteries—lithium-based especially—are effective but prohibitively expensive for application on the scale envisioned here, and could pose their own environmental problems.

Resorting to hydrogen as an energy vector could provide an elegant solution. Hydrogen can be obtained by water electrolysis, using the excess electricity generated during the day, and then recombining it with oxygen in a fuel cell to release its power as needed, with pure water as the only by-product. In addition, that same hydrogen could also be used to fill the balloons and keep them in the air at low cost, while providing a low-cost solution for hydrogen storage.

A moored high-altitude balloon of reasonable size could store about 10 days equivalent of its own solar electricity production, which is more than enough to meet energy needs overnight, until production resumes in the morning.

All it takes is to look up.

0
Could the Future of Democracy be Digital? Previous
Eric Karsenti, Explorer of the Living WorldNext 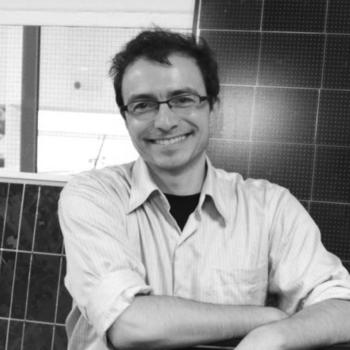