Daniel Hissel
What advantages does hydrogen have that could make it a key component of our future energy mix? What are the obstacles to be overcome? Daniel Hissel, a respected hydrogen specialist and recent winner of the prestigious Blondel Medal, shared an update on the topic at an international conference on electric vehicles, held in Belfort, France in December last year.

Energy, its use and accessibility are one of the main challenges for the future of our civilization. The world’s population continues to grow, and our energy needs show no sign of decreasing any time soon, despite efforts to limit them. In addition, a closer look reveals that many new technological developments are associated with energy—as are, unfortunately, many conflicts and geopolitical tensions.

In this context, and taking an objective viewpoint, what would be the best solution for a future energy supply? First of all, it must be abundant and sustainable, based on resources that are renewable on the scale of a lifetime. It must be clean and environmentally friendly, and should not generate greenhouse gases. It must also be accessible to all, everywhere on the planet. Lastly, it must have many uses. Whether hydrogen would be a good candidate depends on various criteria. 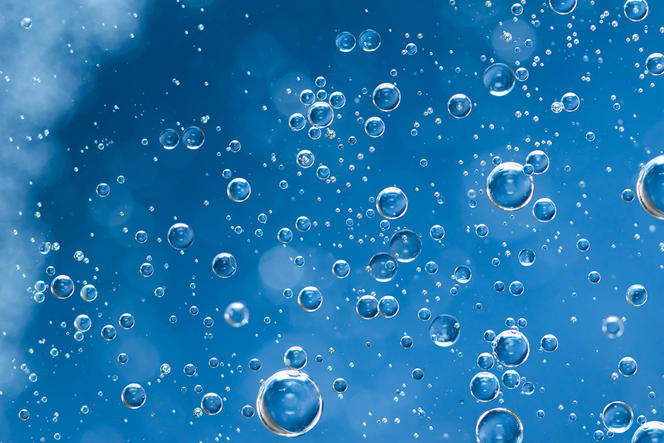 Hydrogen can be produced by the electrolysis of water. 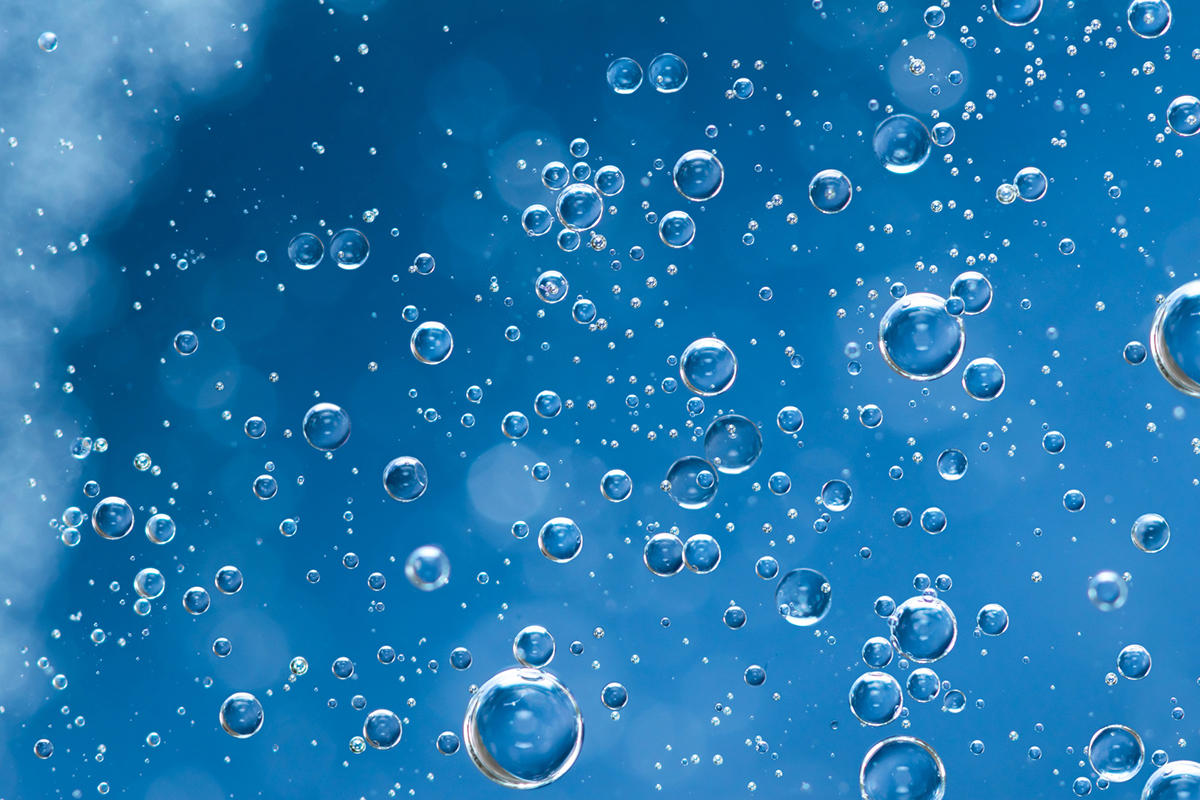 First of all, it is worth noting that hydrogen is the most abundant element in the universe: 75% in terms of mass and 92% in number of atoms. This is a strong asset, even though it must be emphasized that it is only rarely present naturally in the form of dihydrogen on Earth. It must therefore be produced (making it an “energy vector” as opposed to a fuel), hence the second criterion, namely sustainability.

Many of us are convinced that the production of hydrogen from renewable energy sources is the solution.

Is it possible to produce hydrogen from renewable resources? The answer is yes, and it is even very easy to separate it from water by electrolysis. But this is where things can become problematic for the environment: the process can be clean provided that the electricity needed for hydrogen production comes from a renewable source (wind or photovoltaic power, etc.). It is even conceivable to use hydrogen energy as a means of compensating for the intermittent nature of renewable electrical production. However, the process can also be detrimental to the environment if the electricity is generated using fossil resources, as is the case today. The transition would be easy if it were backed by political and social will. Many of us are convinced that the production of hydrogen from renewable energy sources is the solution.

On this point, the opponents of hydrogen often put forward the inefficiency of its production chain. Indeed, the yield of electrolysis is around 70%, which can seem low compared with fossil energy sources that are immediately available. Yet this must be considered in light of the excellent electrical yield of hydrogen fuel cell systems, which can exceed 50% —a very high percentage in relation to that of thermal installations. Last but not least, in terms of financial cost, the original source (wind, sunlight, etc.) is free. In short, the yield issue is not a valid argument against the use of hydrogen. But other criteria must also be met, such as accessibility anywhere on the planet. 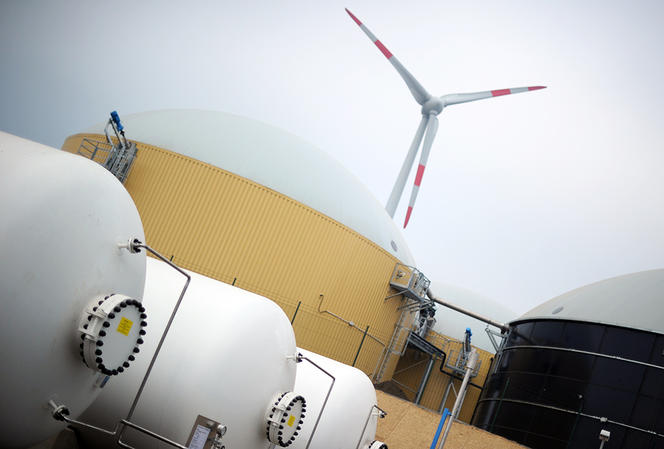 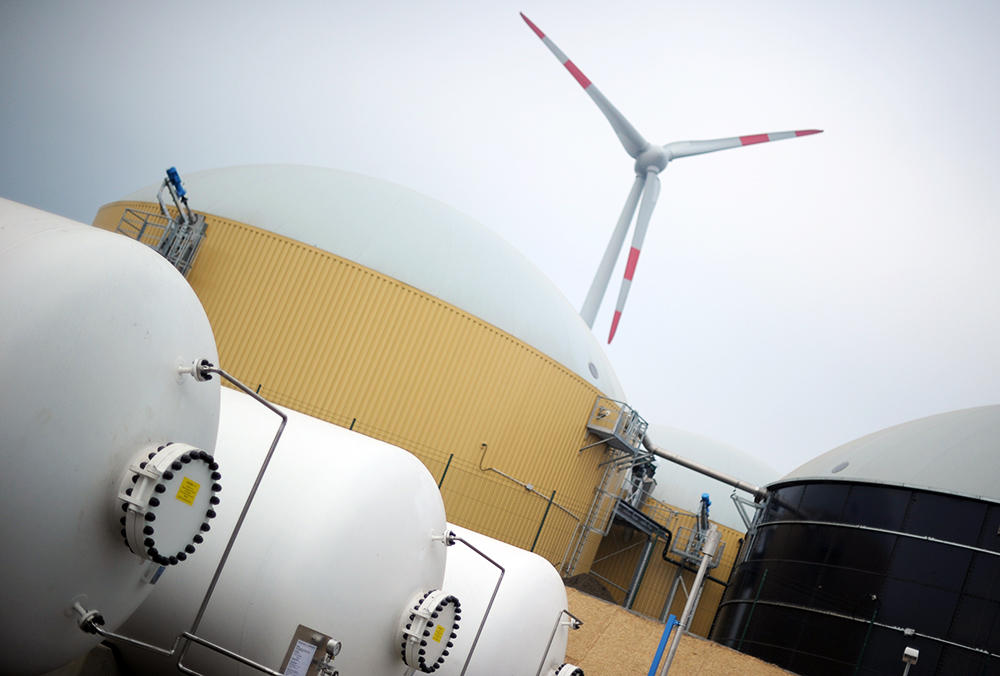 From generators to aerospace applications

From a technical point of view, hydrogen here again ticks all the boxes. Sunlight and wind are widely available across the globe. It is even possible to produce hydrogen at home, with a few solar panels on the roof or façade of individual houses or buildings. However, the cost of electrolyzers and hydrogen fuel cells must be further reduced to make them affordable to the greatest number of users. This can be achieved by improving the devices’ energy efficiency and durability, and by increasing the volumes produced—in other words through industrialization.

Also, are the potential applications of hydrogen energy numerous and varied enough? The answer is yes, definitely! As mentioned above, it is an energy vector, and one that is also compatible with electricity: it is remarkably easy to switch from hydrogen to electricity with a hydrogen fuel cell, and from electricity to hydrogen with a water electrolyzer—all without emitting any pollutants. It is therefore a long-term electricity storage solution that can be used in all current or potential electrical applications: clean and quiet stationary generators,1 small portable supplies for tourism, electricity, hot water and cooling generation systems for buildings, long-term storage on electrical networks or micro-networks… 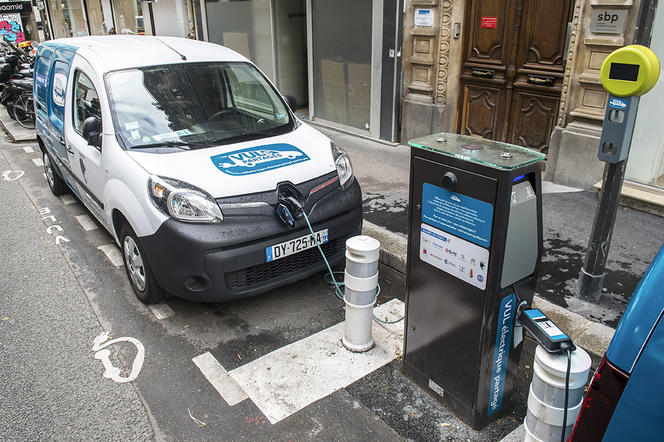 An electric car charging station in Paris. This car, which is part of the Light Electric Utility Vehicles (VULE) project is equipped with a hydrogen range extender. 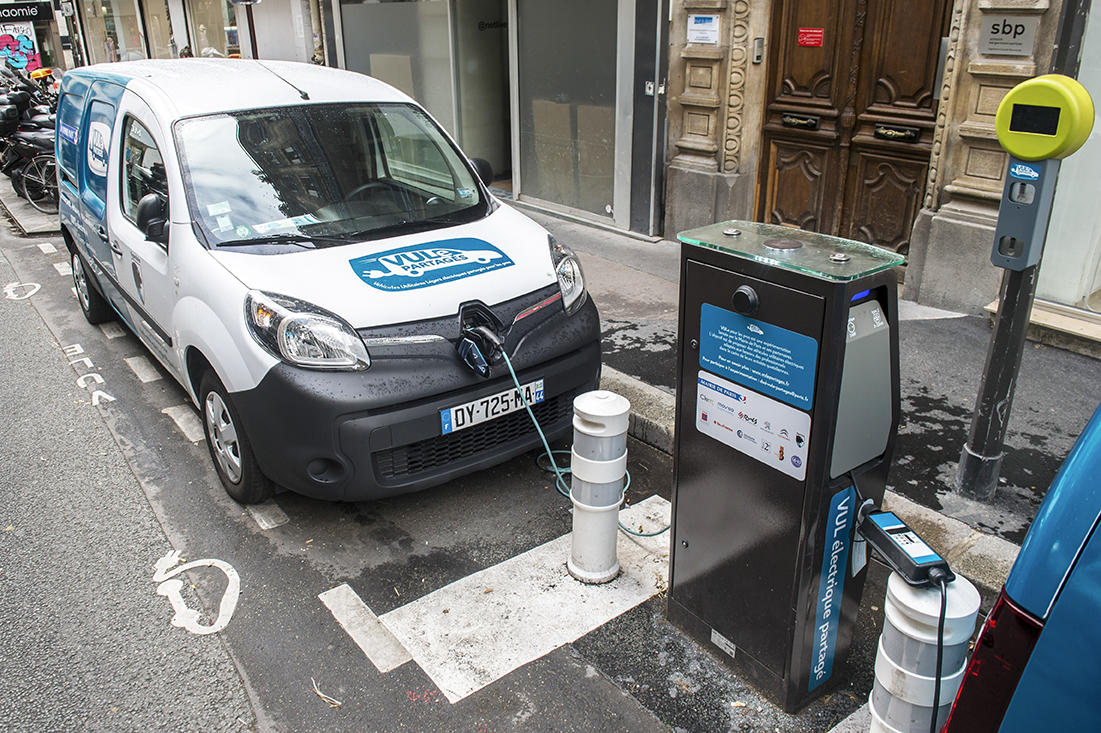 An electric car charging station in Paris. This car, which is part of the Light Electric Utility Vehicles (VULE) project is equipped with a hydrogen range extender.
Gilles ROLLE/REA
Gilles ROLLE/REA
Share
Share

One of these applications, and not the least, is worth looking into: the power supply of electric vehicles (cars, trucks, buses, trains). The main “added value” of hydrogen over battery-powered electric engines is a sharp increase in range: a family car can cover about 100 kilometers (more than 60 miles) on just 1 kilogram of hydrogen. In addition, the charging time can be be reduced to only a few minutes to fill up. This is why hydrogen energy was a recurring theme in Belfort on December 11 to 14, 2017, at the IEEE (Institute of Electrical and Electronics Engineers) Vehicle Power and Propulsion Conference (VPPC) which I chaired, and where hundreds of experts got together to discuss electric mobility. It is also necessary to bear in mind that hydrogen can supply all or part of the power for other kinds of vehicles: warehouse forklifts operating 24 hours a day, delivery and surveillance drones, agricultural and cargo handling equipment, not to mention aerospace applications, which gave rise to the initial development and engineering efforts for this technology.

To bring the tremendous potential of hydrogen to fruition, a great deal of research is underway in the laboratories, like, for examples, that done in the framework of the GDR HysPàc. As for me, having trained as an engineer, I have been pursuing a top-down approach for nearly 20 years now, in an effort to accelerate the development of this technology, working with established and would-be industry players in the sector to identify the technical obstacles and translate them into scientific challenges. This method is highly complementary to the more bottom-up, "material-to-object" approach being developed in the CNRS chemistry and electrochemistry labs. By tackling the issue from both ends, we can work more efficiently and make faster progress. 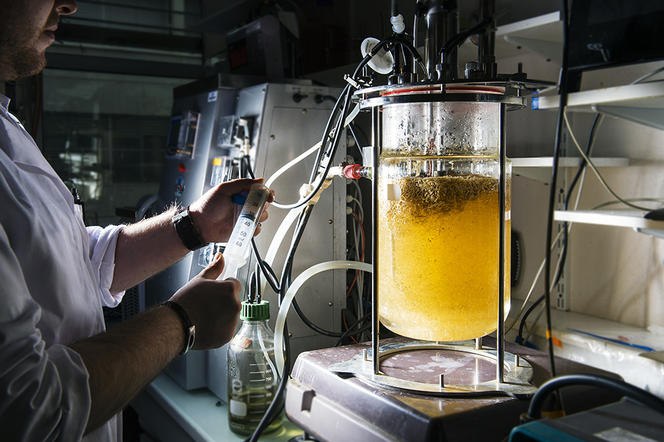 In this system, cellulose substrates are degraded to produce a biogas containing carbon dioxide and hydrogen as well as volatile fatty acids. The hydrogen can be separated for use in fuel cells. 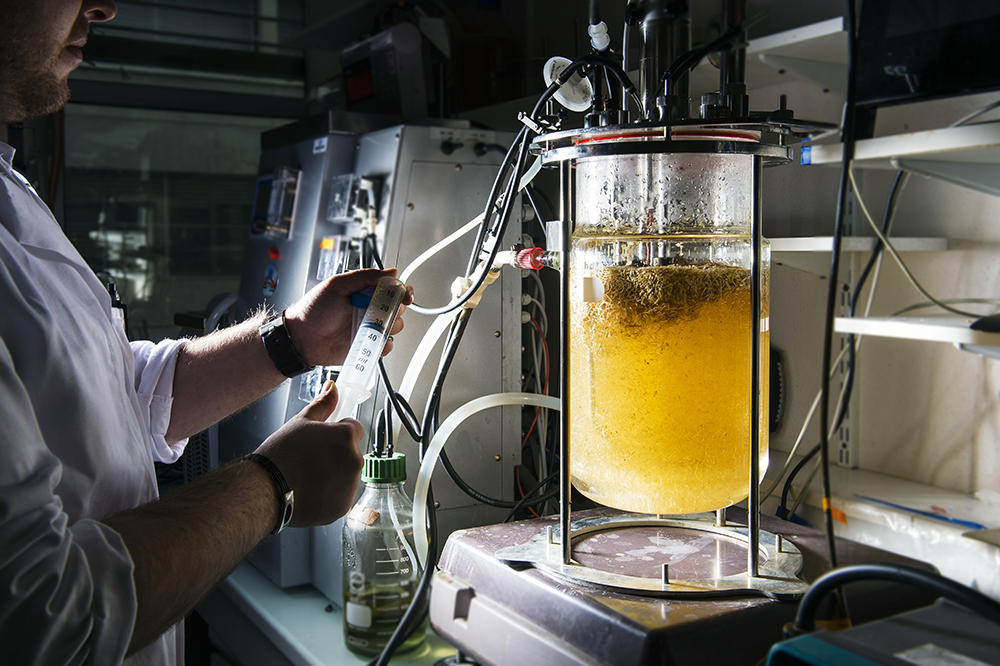 My main research activities focus on enhancing the energy efficiency and sustainability of hydrogen energy systems. By seeking to identify the condition of the hydrogen fuel cell, concentrating on the remaining operation time (in relation to a given or estimated operation cycle), and by optimizing control of the system based on this information, we have been able to significantly improve the technological maturity of hydrogen energy and assist industrial players on an international scale, while launching our own startups. This research is conducted with teams from the CNRS Federation for Fuel Cell Research (FCLAB). It is a collective interdisciplinary effort, which is perhaps even more essential here than in other fields, given the nature of our subject, which requires expertise in electrical, mechanical, thermal, electrochemical and materials engineering, as well as in economics and the other human and social sciences. This kind of joint endeavor is no doubt what will enable hydrogen to play the role that it deserves in the energy landscape of the future. 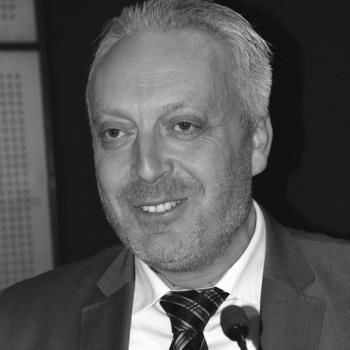 A specialist in hydrogen and fuel cells and a professor at the Université de Franche-Comté, Daniel Hissel heads the FCLAB, a CNRS research federation specializing in fuel cell systems...