Home / Articles / Where the CNRS Was Born

Where the CNRS Was Born

Home / Articles / Where the CNRS Was Born

Where the CNRS Was Born

At the IBPC, researchers wearing 3D glasses can see a strand of DNA previously observed under a microscope and modeled.
F. PLAS/IBPC/CNRS Photothèque
Share
Share
In 1927, the physicist Jean Perrin founded the Institute of Physico-Chemical Biology (IBPC), a multidisciplinary centre where scientists could dedicate themselves to their research full time. The first institution of its kind in France, it paved the way for the creation of the CNRS.

It’s a small rectangular room in the basement of the Institute of Physico-Chemical Biology (IBPC)1 in Paris. The walls are painted black, except for one that is entirely covered with television screens, showing a kaleidoscope of giant molecules, cells, strands of DNA… The scientists in the room slip on 3D glasses and, as though in a science-fiction film, set to rotate the molecules, zoom in closer and closer on the parts that interest them, explore the interior of the cells…

“Researchers from all five IBPC units have access to this facility,” explains Bruno Miroux, who has served as the Institute’s director since January 2019. “Whether they are investigating how plants capture solar energy through photosynthesis, the expression of genes in microorganisms or the giant molecules found in cell membranes, they can come here to visualise what their microscopes have observed and what their computers have modelled based on experiments in crystal diffraction, nuclear magnetic resonance or mass spectrometry. Examining something that’s infinitesimally small on a giant screen offers a different perspective. Furthermore, the wall allows several researchers to view the same thing at the same time, making it an instrument of collective analysis.” 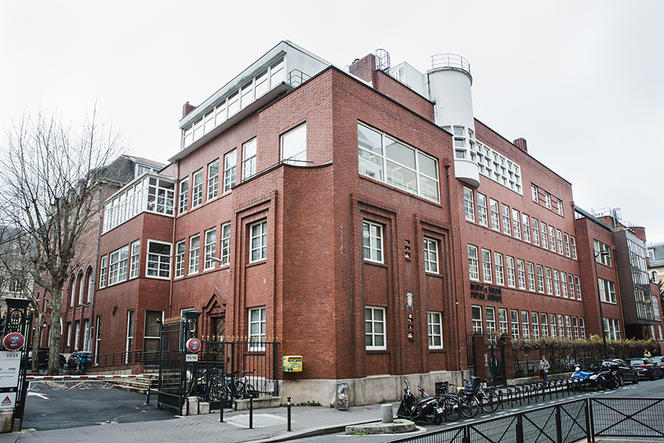 A current view of the magnificent red brick art deco building that houses the IBPC, built in the late 1920s, in the Montagne Sainte-Geneviève district of Paris. 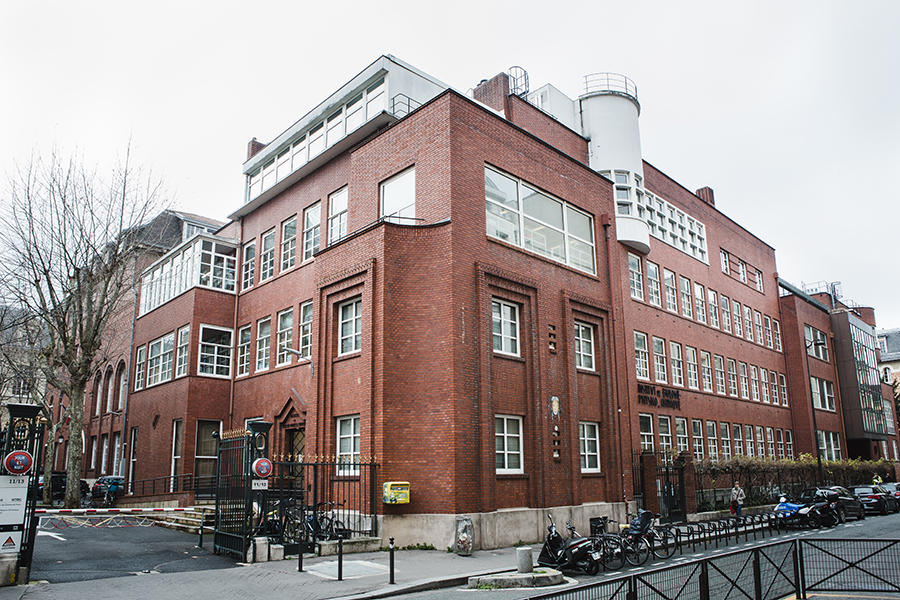 Modern technology and the sharing of ideas are two values that the physicist Jean Perrin sought to uphold when he founded the Institute in 1927. At the time, French scientific research was faring poorly. The various disciplines were tightly compartmentalised: mathematicians, physicists, chemists and biologists worked in isolation, sealed off in their own domains. Moreover, few scientists could afford to devote all of their time to research: most had to teach in universities, which were then rigidly old-fashioned, elitist institutions with little interest in keeping pace with the latest scientific discoveries.

“The founding of the IBPC was the result of an encounter,” explains the historian Denis Guthleben. “Jean Perrin, who had won the Nobel Prize in Physics in 1926, had an innovative idea: to create an institute that would bring together biologists, physicists and chemists under the same roof to study the physical and chemical bases of life — interdisciplinarity ahead of its time! Since the French government did not have the means to fund this type of project, Perrin turned to banker Edmond de Rothschild who, in 1921, had set up a foundation to support scientists in France, a country still reeling from the Great War.” Then an old man, Rothschild had known Louis Pasteur and Claude Bernard in his youth. Convinced that basic research in biology would stimulate France’s economic growth, he agreed to finance the project. He funded the construction of the Institute’s premises and set up another foundation with a capital of 30 million French francs (the equivalent of €17 million today) to subsidise its operations and salaries. 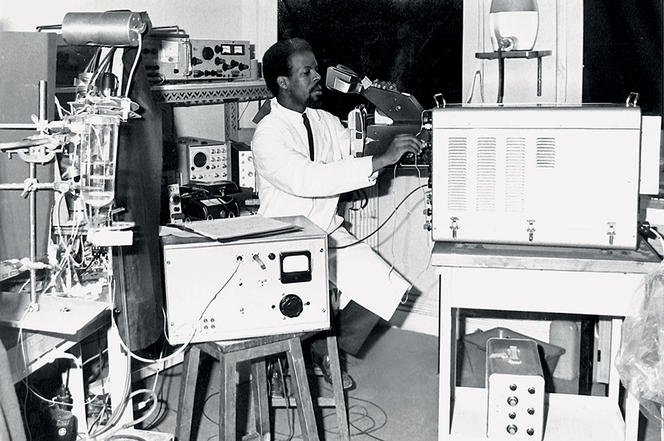 In the 1960s, the IBPC acquired leading-edge equipment for the study of photosynthesis. 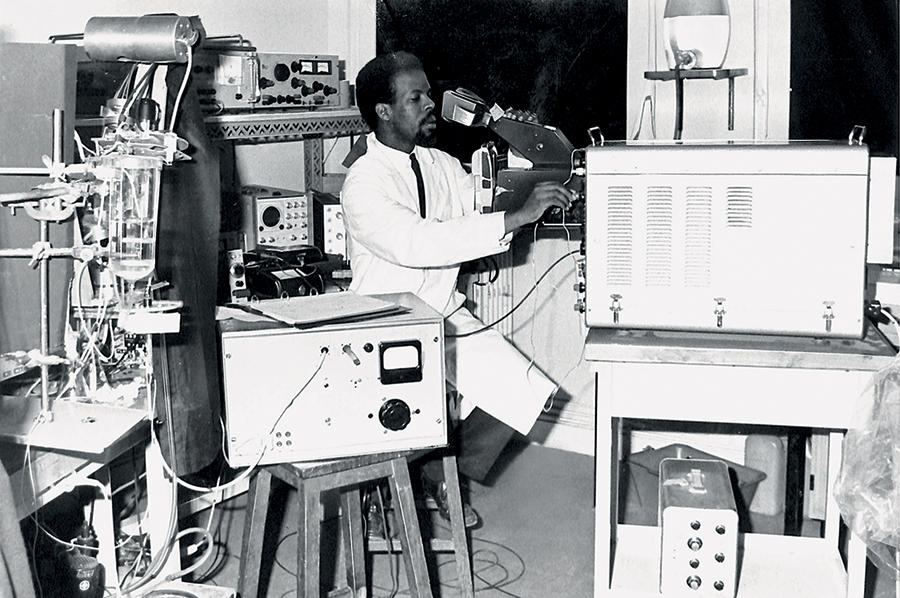 The location chosen for the future institute was in the Left Bank neighbourhood of Montagne Sainte-Geneviève, on a plot of land that had been purchased from a religious congregation in 1906. This once-vacant lot was destined to become a Mecca of science, accommodating not only the IBPC, but also the Chimie ParisTech chemistry college, the Marie Curie Radium Institute, the Poincaré Institute of Mathematics and the French institutes of oceanography and geography. In three years, a magnificent red brick art deco building rose from the ground, offering 3,500 square metres (nearly 40,000 sq.ft.) of well-lit laboratory space, plus a telephone network, central heating, an anti-vibration system, an X-ray generator, compressed air pipes, animal housing facilities, greenhouses and operating rooms, not to mention a basement workshop for making equipment.

From scientists to researchers

When it was inaugurated on 22 December, 1930, the IBPC was considered the most modern institute in France — not only for its facilities, but also for the way it was run. To begin with, it was headed by the scientists themselves. Its first management team comprised Jean Perrin for physics, Georges Urbain for chemistry, André Mayer for biology and the chemist Pierre Girard as administrator.

Secondly, the Edmond de Rothschild Foundation was paying the scientists to devote all of their time to basic research, thus making it a full-fledged profession. “To designate these women and men who worked full-time in the laboratories,” Denis Guthleben notes, “a new word gradually entered the vocabulary: people no longer spoke of savants (scholars or scientists) but rather of chercheurs (researchers).” At last, France had an organisation that fostered collective research: every Tuesday at 2:00 pm, the personnel gathered in the spacious library to discuss their work or listen to scientific presentations. Nine years later, when he co-founded the CNRS and became its very first director, Jean Perrin recalled his experience at the IBPC. 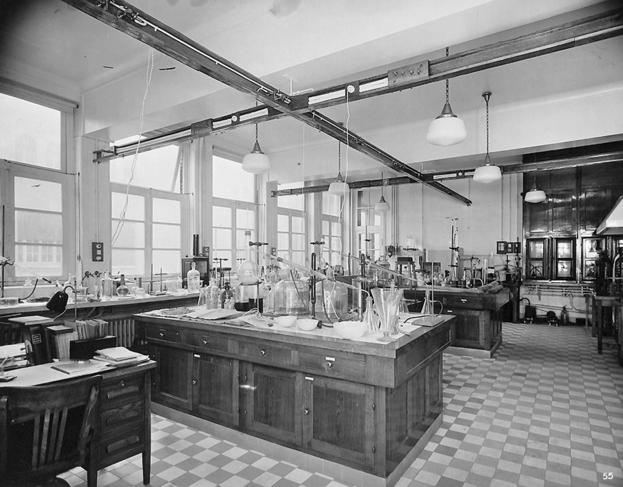 The IBPC chemistry laboratory in the 1930s. 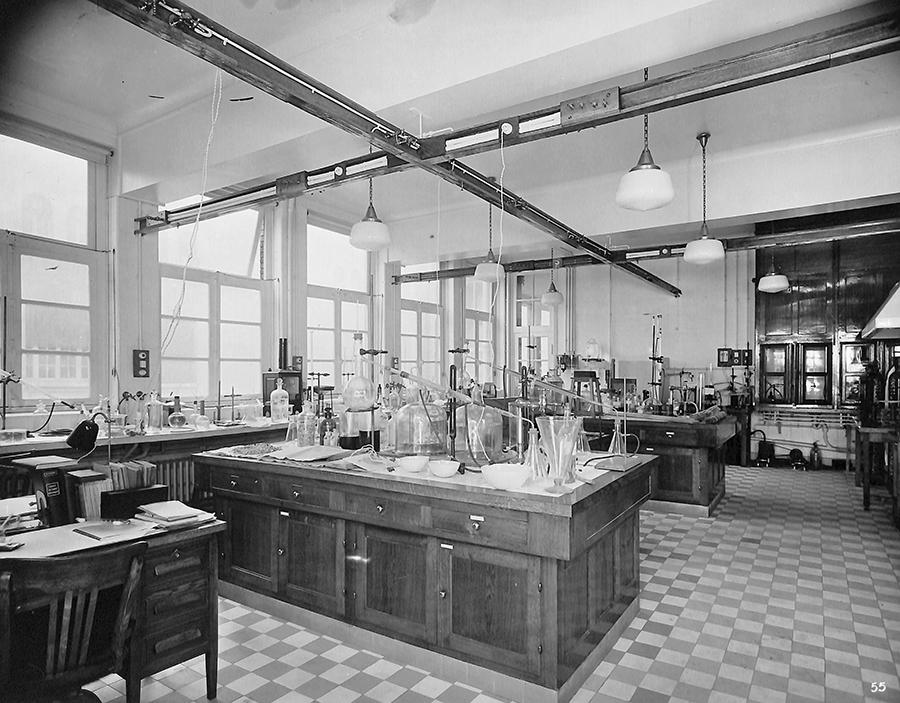 Indeed, the system worked wonders: the Institute soon filled with brilliant scientists conducting innovative research. Using a high-power X-ray diffraction system, Georges Champetier described the structure of cellulose, the main component of plant cell walls, and Emmanuel Fauré-Frémiet carried out similar work on collagen, the fibrous protein that gives skin and muscles their resistance and elasticity. In order to separate these various giant molecules, Nine Choucroun developed electrophoresis, based on the fact that macromolecules migrate at different speeds when subjected to an electrical field, and Edgar Lederer pioneered chromatography. At the frontier of physics and biology, René Wurmser demonstrated that the fundamental event of photosynthesis is the decomposition of water molecules under the effect of light, while Eugène Aubel, bridging the gap between chemistry and biology, studied oxidation-reduction (redox) reactions in cellular metabolism.

After World War II, the IBPC turned to molecular biology, a burgeoning discipline that involves studying cell functions based on molecules like DNA and RNA. One of the most prominent figures in the field was Boris Ephrussi, a brilliant Russian-born biologist who studied the genetic mutations of yeast. With his student Piotr Slonimski, he observed that certain mutations did not follow the laws of genetic transmission as defined by Gregor Mendel in the 19th century, thus opening the way towards non-Mendelian genetics.

Of course, the IBPC has continued to evolve over the decades. Of the original structure, all that remains is the red brick building, the lobby with its art deco lamps and tiles, the vast library to the left, where group discussions were once held, and the small “Tetrarchs” room, where the four heads of the first administration used to meet. The rest of the Institute has been modernised, including its operating methods: in the late 1940s, part of the staff payroll was taken over by the CNRS, and in 1965 the laboratories became CNRS joint units. The Rothschild Foundation gradually withdrew from the IBPC’s operations. Ultimately, in 1997, it transferred the premises to the CNRS for a period of 50 years, along with the associated scientific and administrative responsibility.

“I was the one who oversaw the transition,” recounts Pierre Joliot, the living memory of the Institute. “In 1997, I was the last administrator (of the IBPC) before becoming the first director (of the new services).” In a small basement laboratory, the illustrious 87-year-old biologist, winner of the 1982 CNRS Gold Medal, continues to conduct research just for pleasure, studying photosynthesis in microscopic algae. “I joined the IBPC 66 years ago and have held every position, from unpaid trainee to working retiree. I have always loved its atmosphere of scientific freedom. The department heads enjoy a high degree of independence. And, even though I have come across some strong personalities here, I have never had any serious conflicts.” 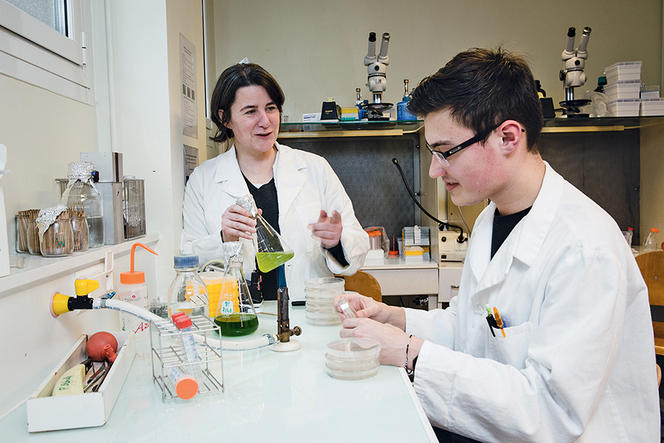 Sandrine Bujaldon and Quentin Lonné are furthering the study of photosynthesis in microalgae and cyanobacteria at the IBPC. 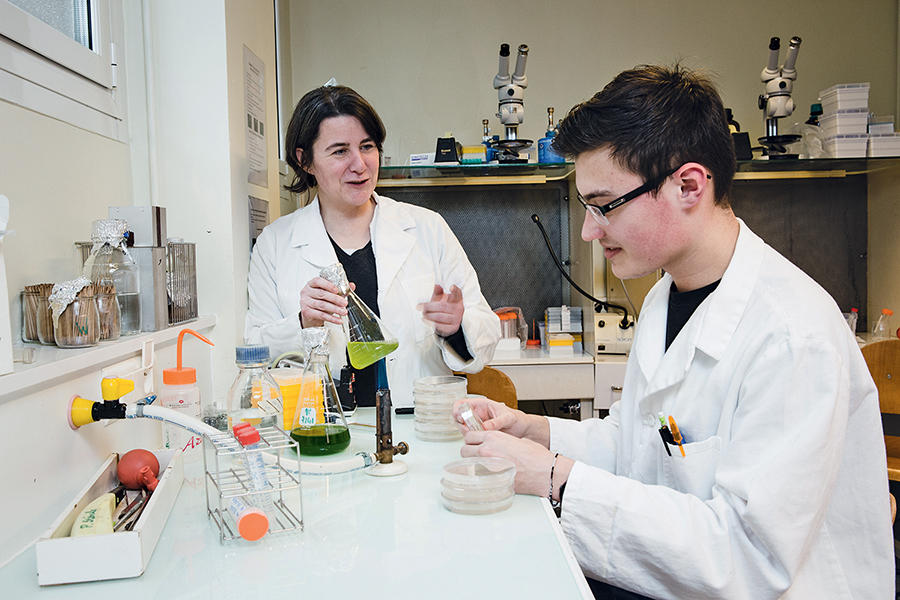 As director from 2007 to 2018, Francis-André Wollman ushered the institute into the 21st century. “In 2011, we earned the Laboratoire d’Excellence label,” he reports. The LabEx designation was created by the French government to boost the scientific potential of the country’s best laboratories, allowing them to recruit researchers and invest in innovative equipment, in order to encourage the emergence of ambitious scientific projects with international visibility. “In collaboration with two laboratories of the Collège de France and the École Normale Supérieure, we have developed the LabEx Dynamo, with an endowment of €10 million, for research on the dynamics of energy-transducing membranes.”

Even while looking to the future, the IBPC has preserved its identity, the heritage of its long history. “Today we have 200 researchers, engineers, technicians, postdoctoral fellows and students,” the scientist notes. “Still, even though the tendency now is to merge laboratories into large-scale research units for economy of scale, we insist on retaining five small independent labs. First of all, it saves time that would be spent in arbitration meetings for budget allocations, and secondly, it gives the laboratories great freedom and tremendous autonomy, which we believe is an essential condition for research to flourish.”

Article
The blob creeps into the homes of the French
Biology

Video
Inside a Termite's Nest