Scientists Issue a Warning to Humanity

Scientists Issue a Warning to Humanity

A visitor looks at a sphere displayed at the pavillion of India on November 8, 2017 during the COP23 United Nations Climate Change Conference in Bonn, Germany.
PATRIK STOLLARZ / AFP
Share
Share
Some 15,364 scientists from 184 countries signed a dire warning about the state of our planet in the journal BioScience. The French Ecologist Franck Courchamp, senior researcher at the CNRS, comments on this declaration, which has received unprecedented support.

Over 15 000 scientists from 184 countries have issued a dire warning about state of the planet and beseeched humanity to act quickly to "prevent widespread misery and catastrophic biodiversity loss." This is historic, isn't it?
Franck Courchamp:1 This is indeed unprecedented.  The first warning of this kind, drawn up in 1992 following the Earth Summit in Rio de Janeiro, only had 1 700 signatories, admittedly including a hundred Nobel Prize winners.  This new declaration was written by eight international specialists in the functioning of ecosystems, and was published on November 13th in the journal BioScience. It was launched by the US conservation biologist William Ripple, who has revealed the dramatic decline of almost all the large carnivores and herbivores, animals that play a crucial role in the balance of natural environments.  Ripple contacted me on July 20 and asked me to pass on this wake-up call, especially in France, which I did. In all, nearly a thousand French researchers (one-fifteenth of all the signatories) signed this appeal, which is significant at a time when France is seeking to become a leader in the field of environmental protection. By the way, any ecologist or other scientist who was unaware of this 'warning to humanity' is free to endorse the article and doing so add their support to the list of initial signatories.  To date, the list includes over 3 000 names. 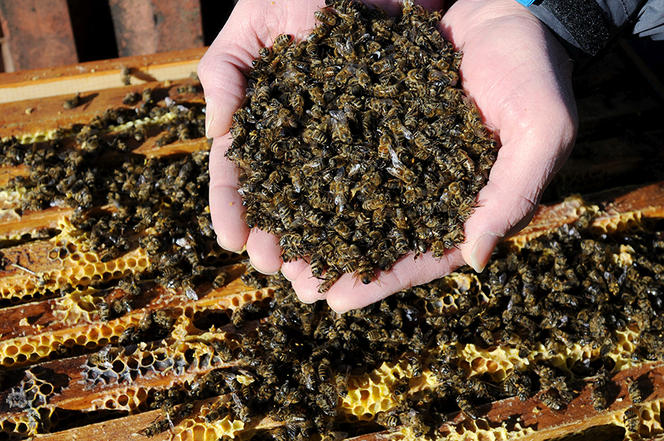 Dead bees in southern Germany, January 15, 2011. Scientific studies have confirmed the harm that some pesticides—especially those of the family of neonicotinoids—can cause on pollinators. 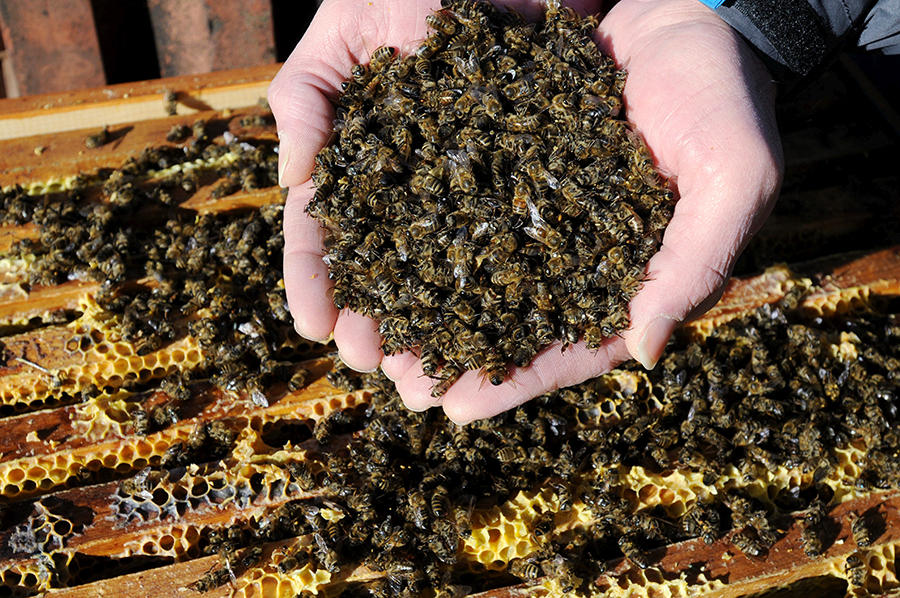 The 1992 appeal, coordinated by Henry Kendall, Nobel laureate in physics and at that time Chairperson of the Union of Concerned Scientists, urged human societies to bring about "a great change in our stewardship of the Earth and the life on it." In the last twenty-five years, has there been any significant progress in this domain?
F. C.: Yes, there has. The ban on chlorofluorocarbons (CFCs) and other substances that deplete the ozone layer has had extremely positive effects.  Similarly, there has been progress in reducing hunger and extreme poverty. However, regarding forests, the oceans, the climate, biodiversity, and so on, the trajectories we have taken are extremely worrying and are leading us to disaster.

Most of the indicators that were in the red a quarter of a century ago have turned scarlet.

We are continuing to destroy the forests at a furious pace: 120 million hectares have been wiped off the map since 1992, mainly for agriculture. 'Dead zones' in the oceans (areas without oxygen) have soared by 75%, while the amount of the world's available drinking water per capita has fallen by 26%. Carbon dioxide (CO2) emissions and mean global temperatures have continued to increase.  A huge proportion of the world's mammals, reptiles, amphibians, birds and fish have disappeared. Not to mention a survey that is too recent to have been mentioned in the appeal, which shows that in under three decades, populations of flying insects (bumblebees, dragonflies, butterflies, etc.) have dropped by nearly 80% in Europe and, no doubt, elsewhere.

Some people will criticize you for painting too bleak a picture, for being overly pessimistic. How would you reply?
F. C.: The 2017 appeal is not more alarmist, but rather more 'alarmed' than its 1992 predecessor. We are simply being realistic.  Most of the indicators that were in the red a quarter of a century ago have turned scarlet. Ecologically speaking, things haven't just got worse: they've got far worse. It is not just an impression, it is robust data.

What solutions does the declaration recommend for preserving the biosphere?
F. C.: For example, it recommends large-scale restoration of forest landscapes, rewilding areas that are home to endemic species, and stepping up the fight against poaching. To help humanity with its transition to sustainability, the appeal also underlines the need to reduce food wastage and prioritize a plant-based diet. We are omnivores, not carnivores supposed to eat meat at every meal, contrary to what the agriculture lobbies have been trying to have us believe for decades.  It is also important to devise and promote new green technologies, reduce ipso facto the role of fossil fuels, increase children's awareness of Nature, and so on. 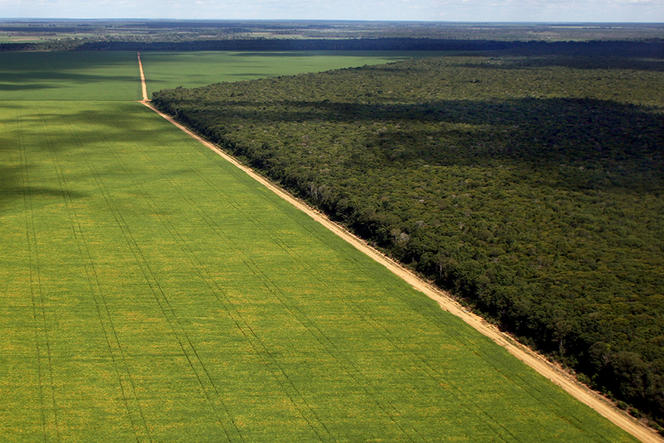 Deforestation due to the expansion of agricultural land (here, in Mato Grosso State, Brazil, to increase soybean cultivation and livestock) is a major threat to the Amazon rainforest. 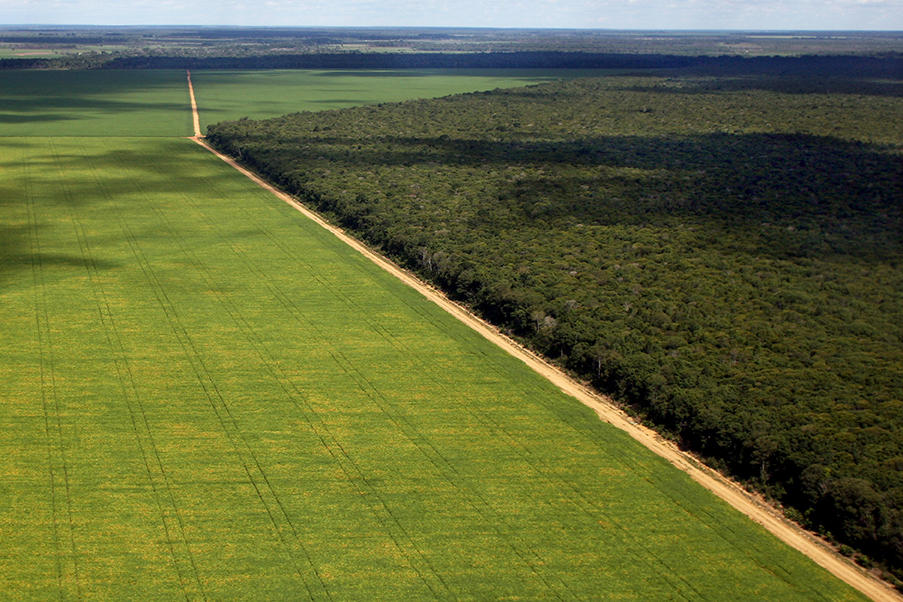 The appeal points the finger at population growth and suggests "further reducing" birth rates in the world's least developed regions. This is a controversial point. Why demand a decline in fertility rates in the poor countries rather than call for a more equitable distribution of resources?
F. C.: The number of human beings has increased by 35% in 25 years, which is an incredibly high figure.  There are more and more of us, and we consume too much. However, we live on a planet with finite resources that cannot sustain an infinitely large population. The Earth will never be able to feed more than 15 billion people, even assuming an end to today's over-consumption, a fairer distribution of resources, and hypothetical agricultural advances and technological breakthroughs.  In the late eighteenth and early nineteenth century, Malthus, who was much criticized for it, stated that if human populations did not regulate themselves, Nature would take care of it with the help of wars, epidemics and famines.  The equation could hardly be simpler: when there are too many individuals in any population of any species, they will be confronted to problems that will reduce their numbers.  It isn't a question of religion or ideology but a problem of available resources.  It is essential that some of the developing countries become aware of the importance of reducing their population growth. This may come about, as recommended by our appeal, through more widespread family planning and better access to education programs for girls and young women.

The signatories of the declaration call for "a groundswell of organized grassroots efforts." So you don't trust governments to change things?
F. C.: The movement must come from ordinary citizens. A multitude of individual initiatives and small-scale everyday actions can have a decisive effect, just because there are billions of us.

ordinary citizens have two very important cards in their hands: their voter's card and their bank card.

The 1992 appeal went almost unnoticed. Isn't there a risk that the 2017 declaration will suffer the same fate?
F. C.: It's possible.  But I'm one of the optimists. I believe that people are much more aware of environmental threats than they were in 1992, and that it may give them a jolt.

And what if nothing happens?
F. C.: It's relatively simple. The good news is that biodiversity will once again flourish. Models predict that it will take around a million years to recover to the level it had before this sixth mass extinction caused by humans. The bad news is that there probably won't be any human societies around to witness it. The next generation of humans will make history, because they will either succeed in stopping the destruction of the environment, or because they will suffer the full force of its consequences and never recover.