30% of electricity consumption can be attributed to computers or smartphones, 30% to data centers that host our data (photo) and 40% to networks, the "information highways."
Thomas Trutschel/Photothek via Getty Images
Share
Share
Computers, data centers, networks and the like now gobble up nearly 10% of the world’s electrical consumption—and the figure continues to rise. While there is no question of giving up the progress made possible through digital technology, researchers point to a system that is neither optimal nor energy-efficient.

We live in an increasingly dematerialized world. We pay our taxes online, stream our favorite TV series, store thousands of photos in the cloud… But what is the material impact of dematerialization? “If we consider its entire life cycle, the mere transmission of a one-megabyte (1 Mo) e-mail amounts to using a 60W lightbulb for 25 minutes, which entails the emission of 20 grams of CO2,” notes Françoise Berthoud, a computer scientist at the Gricad1 and founder in 2006 of EcoInfo, a CNRS research group dedicated to the promotion of more environmentally-friendly information technology. Indeed, the terms used in IT sciences are deceptive: “virtual” evokes the immaterial, “cloud” the ethereal, and the expression “clean room” conjures up images of purity—making us lose sight of the millions of computers and smartphones, thousands of data centers and kilometers of networks needed to process and route all that data. Not to mention the huge amount of energy that they consume. “According to estimates, new technologies alone account for 6 to 10% of the world’s electrical consumption, and thus nearly 4% of greenhouse gas emissions,” Berthoud points out. “This is a fast-growing trend, with annual increases of 5 to 7%.”

Around 30% of this electricity is dedicated to power terminal equipment (computers, mobile phones and other smart devices), another 30% is used for the data centers that host our services and, most surprisingly, 40% supplies the networks that make up the famous “information highway.” “Many people believe that these networks are ‘passive’ channels, but they are actually bristling with antennae and routers, the traffic carriers of the Internet,” explains Anne-Cécile Orgerie, a computer science researcher at the Irisa. All of that equipment requires a great deal of energy: a simple router consumes 10,000 Watts (10 kW) and a very large data center can burn up nearly 100,000,000 Watts (100 MW)—one-tenth the production of an entire power plant! “A processor is like a resistor: nearly all of the electricity it uses is dissipated as heat,” Orgerie adds. “For that reason, a data center not only needs energy to run its servers, but it must also be air conditioned to prevent the electronic circuits from overheating.” 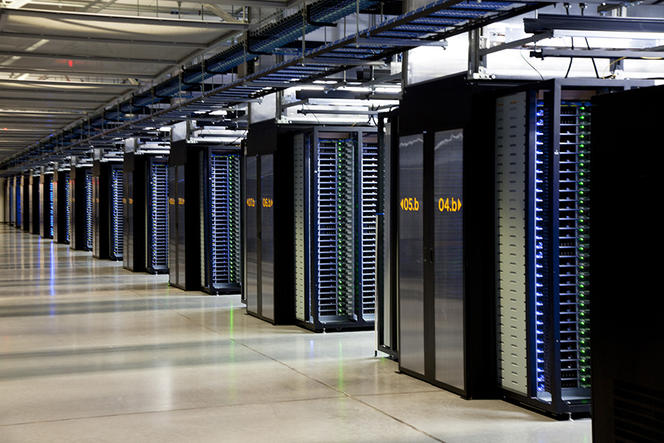 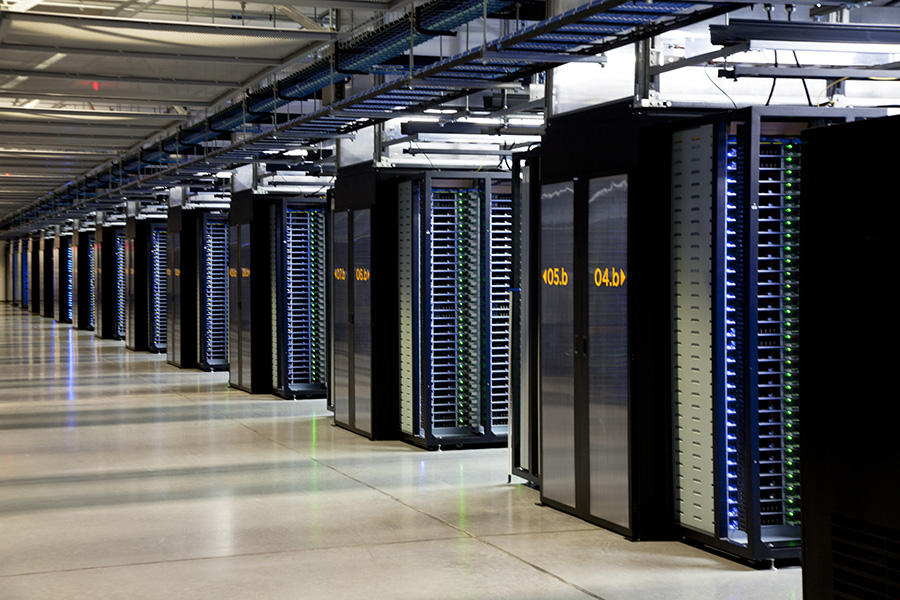 Another characteristic of the Internet is its “hyperavailability:” each of the infrastructures is built on a scale that allows it to handle surges of data during peak times, which only last a few hours every day, and remain under-used the rest of the time. “At most, a router functions at 60% of its capacity,” Orgerie reckons. “The same is true for data centers, which are used very little at night. But even when they’re inactive, the machines are energy-hungry.” A server that is idle consumes 100W, compared with a maximum of 200W when in full operation. For a router, the difference between these two states amounts to barely a few percentage points. And yet, none of these machines are ever turned off during off-peak hours.

The infrastructures are built on a scale that allows them to handle surges of data during peak times, which only last a few hours every day, and remain under-used the rest of the time.

“Despite numerous studies showing that this would not affect their performance, data centers continue to operate at 100% capacity 24 hours a day, just like the routers,” Orgerie deplores.” The reason for this is that those in charge of the equipment will not risk users having to suffer from even the slightest latency—a lag of a few seconds—or worse, “jitter”—an intermittent, disrupting signal—especially streamingFermerviewing or listening to video or audio content directly from the Internet without having to download a file., a practice that is growing at an exponential rate.

This “user tyranny” even affects the design of modem-router boxes, which cannot be switched off and are left in operation day and night. “It takes 90 seconds to restart a modem that has been turned off, which service providers think is too long a wait for the impatient users that we have become,” Berthoud explains. As a result, modems alone account for 1% of France’s total electrical consumption.

And the problem is not only about hardware: the software layer that allows all of this equipment to function is also far from optimized. This is especially true for the terminals that perform everyday operations. “Back in the days when memory capacities were limited, software developers were accustomed to writing concise, efficient code,” Orgerie notes. “Now that this is no longer an issue, we are seeing a definite inflation in the number of lines of code, which means longer calculations that use up more electricity.” There is even a term for these unwieldy programs: “bloatware.” This is often the case of smartphone applications that are hastily developed to be rushed to market, and which, once installed, are left open all the time, thus burning up even more energy. 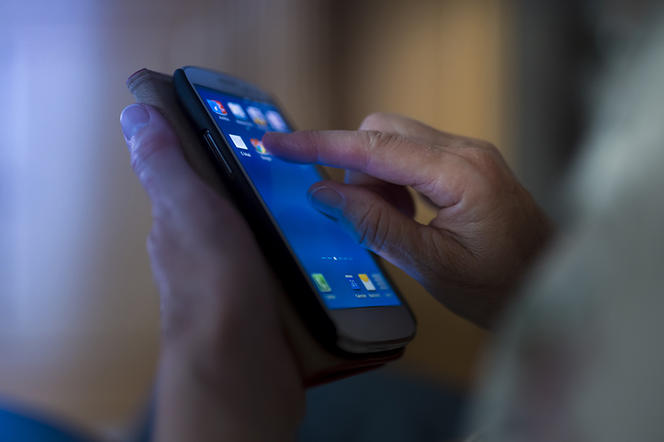 Developed quickly to reduce time-to-market, smartphone "apps" are often poorly written and consume more energy than they should. 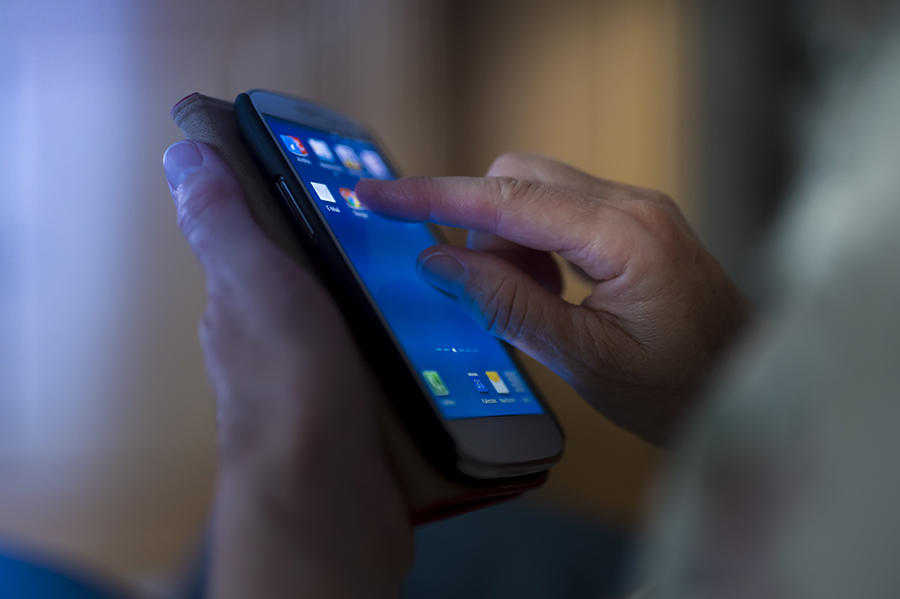 “Most people don’t know that smartphones have an average of 35 apps operating around the clock, whether they are used or not,” Orgerie points out. “As a result, the batteries are depleted in less than one day, whereas turning them off by activating low power mode can extend a phone’s battery life by a few days.” The famous software suites that equip most of world’s computers have the same drawback: each new version adds more lines of code to the previous one, further weighing it down…

A number of laboratories are working on solutions for making digital technology more energy-efficient. However, while some of their proposals have already been adopted (e.g. data centers with geothermal cooling or powered by renewable energies), the researchers are aware that in the digital world, any improvement can have unexpected consequences. This is the dangerous “rebound effect,” also called “Jevons paradox,” named after a 19th-century British economist who theorized that making the use of a resource (coal, in those days) more efficient would most likely increase the consumption of that resource instead of reducing it. Orgerie mentions the example of gasoline: “improving vehicles’ fuel efficiency has not curbed the consumption of this product—it has only enabled motorists to drive more. The same phenomenon has been observed in the new technologies sector for years: the more systems are optimized, in terms of memory, storage, etc., the more new uses crop up for those systems.” It’s a vicious cycle—at least as long as electricity is cheap.

Energy consumption is only one aspect of the environmental challenge posed by new technologies. The number and quantity of metals used in electronic devices continue to increase as their components become ever-smaller and more powerful. “Our smartphones contain some 40 different metals and rare earths, compared with 20 or less just a decade ago,” Françoise Berthoud reports. Gold, copper, nickel, zinc and tin, as well as arsenic, gallium, germanium, thallium, tantalum, indium, etc., are mined using highly destructive techniques and products that are harmful for the environment, like sulfuric acid, mercury and cyanide. There are currently no effective, large-scale recycling systems for these materials. For example, in Europe, barely 18% of the metals in our laptop computers are recycled. A large proportion of our end-of-life digital devices continue to end up in uncontrolled dump sites in countries like China, India and Ghana, where they are burned to extract the gold, thus polluting the water tables.

Opinion
Does Big Data Cause Pollution?