Patrick Kientz / Biosphoto
Share
Share
Nature is declining globally at an unprecedented rate, and the blame lies with human activities. This is the conclusion of the 7th plenary session of the Intergovernmental Science-Policy Platform on Biodiversity and Ecosystem Services (IPBES), which endorsed its first assessment report on the global state of nature. Published on May 6, the document, of more than 1,800 pages, shows that the situation is alarming and even critical. We discuss this landmark study with one of its main actors, the ecology expert Franck Courchamp.

What are the main conclusions of this international report?
Franck Courchamp:1 We already knew that global biodiversity was faring very badly. The report’s quantitative assessments are irrefutable (link to the report) and underline the urgent need for action. The state of every ecosystem on the planet has even worsened over the past twenty or thirty years. This may seem surprising given that we were already aware of the problem and that there was a clear commitment to act. Every country must now do much more and take concerted action. That is the clear message sent by this first international report, in line with the initiatives and achievements of the Intergovernmental Panel on Climate Change (IPCC). This review is therefore extremely important because it is the first with such a wide scope. For the COP15 Biodiversity to be held in China next year, it provides all the information that governments need to define the next generation of biodiversity commitments.

Can we really talk about a sixth mass extinction?
F. C.: Technically speaking, a mass extinction corresponds to the loss of at least 75% of biodiversity in a relatively short time (on geological time scales, in other words a few million years at most) and across the planet (like the extinction of the dinosaurs). While such levels have not yet been reached, we can safely assume that we are now entering a sixth mass extinction, given the dynamics of increasing animal and plant population losses. More specifically, since humans first emerged on Earth, it is estimated that at least 2% of living species have become extinct, and this could rapidly reach at least 25% if nothing is done to reverse the current decline. This is an absolutely huge figure. Since all species are related, chain reactions could permanently alter every ecosystem and threaten the biosphere with collapse. 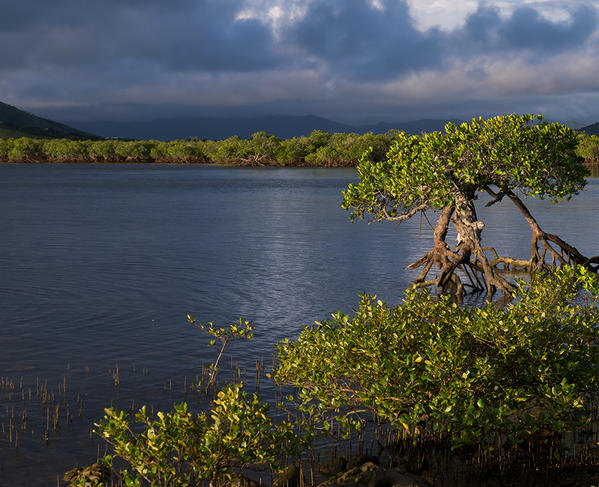 Mangroves on the west coast of New Caledonia. More than one in six mangrove species is threatened with extinction across the world. 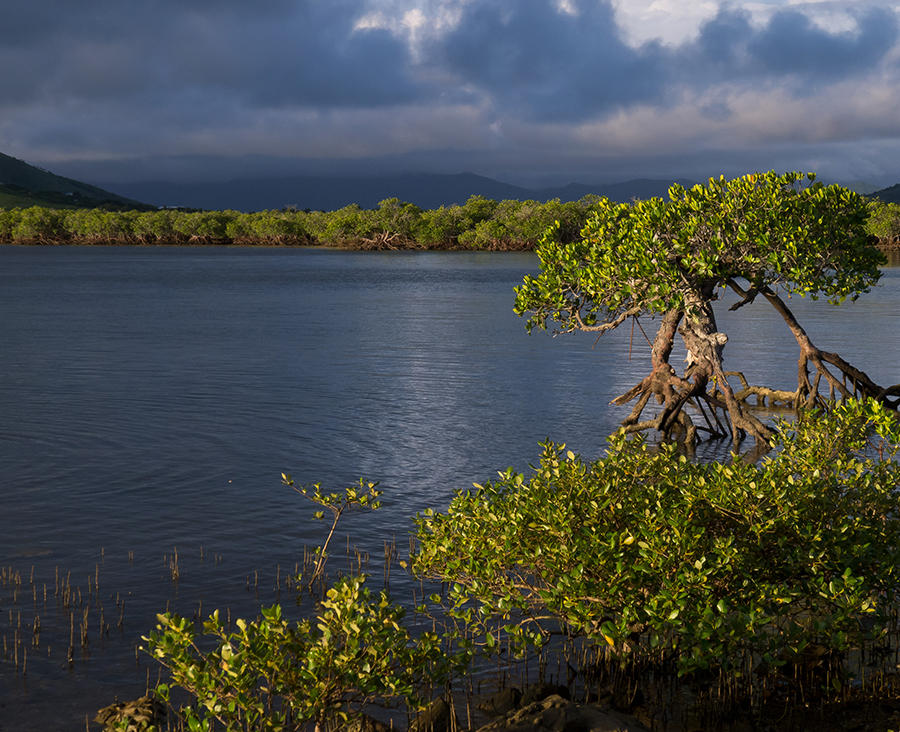 Which are the main ecosystems affected?
F. C.: Those located in what are known as biodiversity hotspots. We have identified 35 of them on the planet, including the Mediterranean Basin. They occupy a tiny part of the Earth’s surface — about 2% — and yet they are home to up to 75% of the world's threatened terrestrial animal species. The large coral reefs are iconic examples. These are impacted in multiple ways, especially by global warming. Models predict that a mere 2°C warming will wipe out more than 99% of the area of coral reefs, whose role is nonetheless vital, by acting as nurseries for many fish species that provide local populations with essential fishing resources. Mangrove swamps, on the other hand, also protect a wide diversity of species, purify water, and stabilise coastlines. And yet over one mangrove species in six is threatened with extinction, a rate that exceeds 40% in Central America. In addition to this alarming data, it is important to understand that all these marine and terrestrial ecosystems are part of a vast set of complex, interdependent biogeochemical cycles that determine the survival of many species, including our own. Examples of this include pollination, soil fertilisation, water purification, or food and energy supplies — for example, nearly 2 billion of the world’s population still relies on firewood for heating. All our food, and even our medicines, are derived from biodiversity, which provides 70% of modern anti-cancer drugs, for example.

What are the main factors involved?
F. C.: There are five global factors, all of which are of human origin. First, the destruction and degradation of habitats caused by deforestation, the devastation of the seabed due to trawling, and so on. Secondly, the over-exploitation of living organisms, which impacts tens of thousands of different species from trees to elephants, with for example the depletion of fish species through overfishing and the trapping of birds for use as pets. The third factor is related to pollution in all its forms, such as the presence of plastics in water, endocrine disruptors, pesticides in soil, airborne particulates, etc. Next come invasive species, whose number and impact are on the rise as a result of the increasing globalisation of trade. And finally, climate change, which is forcing species to adapt, migrate or become extinct. Since adaptation needs long evolutionary time scales and migration requires ecological conditions that no longer exist, many organisms are threatened with extinction in the short term.

Is it still possible to reverse the trend?
F. C.: Today, 75% of terrestrial environments and 40% of marine environments have been severely affected. Dozens, or even hundreds of species are becoming — permanently — extinct every year. A quarter of the species assessed are threatened with extinction in the short term, and as much as two thirds in some groups. The biomass of wild mammals has already plummeted by more than 80%. However, bold policies for the protection of species can halt this decline. This is one of the few positive points in the report and it provides an encouraging message. We know how to deal with these problems, and success stories are becoming increasingly common in this area, even in difficult social and economic contexts. An typical example is that of the white rhinoceros of southern Africa. There were barely twenty individuals left until a drastic conservation plan was set up. Fifty years on, there are several thousand. In France, the griffon vulture has made a spectacular comeback. However, the involvement of specialists alone is not sufficient. Such conservation programmes need to have a social dimension so as to raise public awareness of the issues involved. 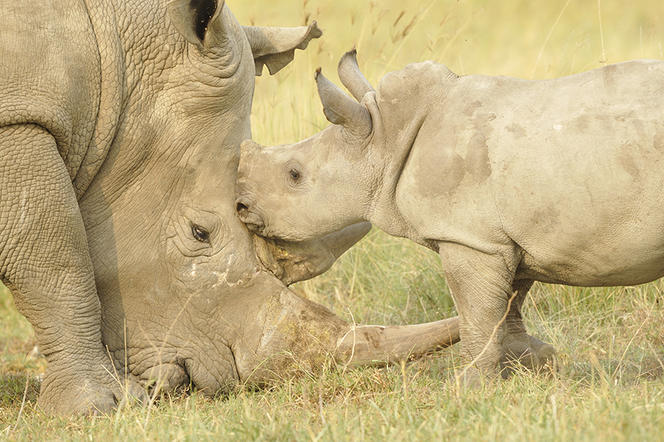 Protection does pay off: the white rhinoceros population increased from around twenty individuals to several thousand in several decades. 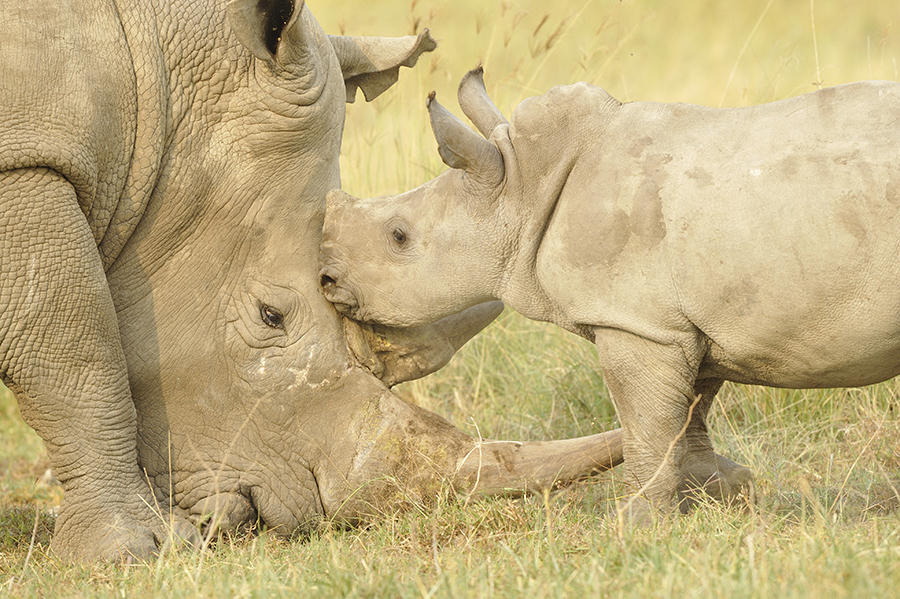 How did the IPBES scientists go about this assessment?
F. C.: More than 1,000 international experts took part in this long-term assignment. For each of the world’s regions, we assessed and summarised all the scientific papers (more than 15,000) published on the subject in recent years. The summaries go beyond approaches focused on species loss, and for the first time provide an overview of threats to ecosystems, in both their ecological and socio-economic dimensions. To do this, we compiled a multitude of indicators, based on field observations as well as on data set analysis and predictive models. All the indicators give information about different aspects of the problem. And they all point to a marked degradation in ecosystems.

What are the main scientific conclusions that emerge from this work?
F. C.: In addition to the findings, the IPBES’s global evaluation shows that we need to improve our understanding of biodiversity. It is important to realise that the Earth's living tissue is also one of the least known facets of our planet: scientists are a long way from completing their inventory of existing species, and many of these — although newly described every year — are already threatened with extinction. Basic knowledge about such species, their habitats, their distribution ranges, and the ecological and evolutionary processes that characterise them is still insufficient, due to a lack of resources  — and of research positions in particular. Given the alarming situation of biodiversity, knowledge about the state of populations and the causes of their vulnerability or decline, as well as possible solutions, also fall far short of needs.

How successful were the negotiations that brought together political and scientific representatives from the 132 IPBES member states to discuss the report?
F. C.: The atmosphere during this week in Paris was very constructive. The spirit of consensus prevailed and there was no major blockage or crisis, despite in-depth negotiations that systematically continued late into the night. At no time did the talks turn into a political arena. I have to say that we took the time beforehand to get the texts approved by each government, while at the talks, we took all the comments into account, weighing up every word — and comma! — of the document.     Of course, representatives from a few countries sometimes tried to soften the wording here and there. For example, where a nation's economy is heavily dependent on forestry, it may seek to minimise the impact of habitat destruction caused by deforestation. However, this type of demand remained limited, and in the end the voice of reason prevailed. Scientists and government delegations have worked very hard for years to provide the world with an objective, accurate and robust global assessment.

What written commitments will member states make?
F. C.: The purpose of the IPBES assessment is not to provide member states with objectives to be achieved, but rather with all the necessary elements to enable them to set informed targets. These will be decided through other mechanisms, based on the information provided in this report, and the next IPBES assessment report will analyse progress towards these upcoming objectives. For instance, this assessment report quantified the failure of states to achieve the Aichi targets set out in the United Nations Convention on Biological Diversity in 2010.

Finally, in what state of mind did you approach these negotiations?
F. C.: I was quite concerned. We needed to react collectively following the failure to meet most of the Aichi targets. Of the 20 challenges that governments at that time committed to take on in order to restore global biodiversity loss by 2020, only two or three will be achieved overall, while a mere 5% of the signatory countries have fulfilled all the commitments. These alarming findings about the destruction of global biodiversity and the inadequate mobilisation of governments and citizens must now be borne in mind with a view to reversing the trend. In this regard, we hope that the IPBES global biodiversity assessment report will help to alert decision-makers, just as the IPCC succeeded in raising awareness of the importance of climate change.