Home / Articles / A Vault to Preserve the World's Glaciers

A Vault to Preserve the World's Glaciers

Home / Articles / A Vault to Preserve the World's Glaciers

A Vault to Preserve the World's Glaciers

Drilling tent on the side of the Dôme, in the Mont-Blanc mountain range. Since 1850, alpine glaciers have lost 50% of their mass. By the end of the 21st century, those lower than 3500 meters in altitude will have disappeared.
B. JOURDAIN/CNRS PHOTOTHEQUE
Share
Share
In 2016, an international team of glaciologists started working on the extraction of the first “legacy ice cores” on Mont-Blanc. The aim is to create a world glacier archive bank in Antarctica. Jérôme Chappellaz, initiator and coordinator of the project, explains.

How did the project come about?
Jérôme Chappellaz:1 In the 2000s, certain of my colleagues in North and South America alerted the international community about the need to obtain ice cores from glaciers threatened by global warming. However, financial constraints prevented the project from being brought to fruition. In October 2013, at an international meeting in Porto Alegre, Brazil, I proposed the creation of a world ice-core bank in Antarctica for the use of future generations of researchers—along similar lines to the Svalbard Global Seed Vault in Spitsbergen. We will complete the operation2 with the help of sponsors.

Why is it so important to preserve this legacy?
J.C.: Because glaciers are open history books but their pages are disappearing before our eyes! By capturing various components of the atmosphere, ice constitutes an invaluable source of information with which to examine our past environment, to analyze climate change, and, above all, to understand our future. Today, the science of ice cores lets us study dozens of chemical components trapped in ice, such as gases, acids, heavy metals, radioactivity, and water isotopes, to name but a few. There is no doubt that within the next few decades, researchers will be able to isolate bacteria or viruses trapped in ice and then use these glacier archives to study the evolution of the genome, the conditions under which genomic mutation occurred… This prospect is in itself sufficient to warrant the creation of such a world library, quite apart from the huge amount of information contained in ice about which we know nothing as yet! 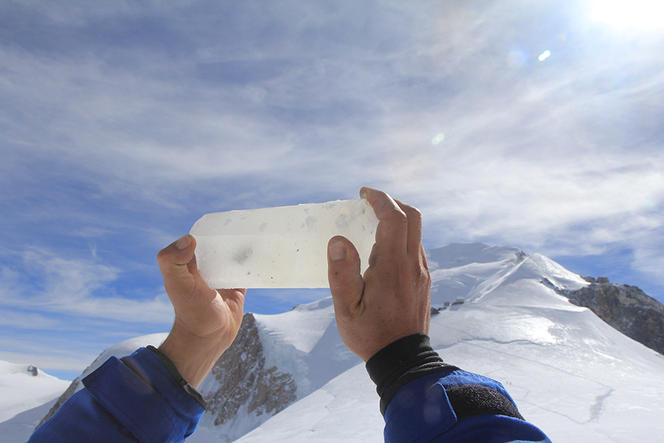 An extra lightweight core extractor will take three samples measuring 130 m, the thickness of the glacier down to the bedrock. 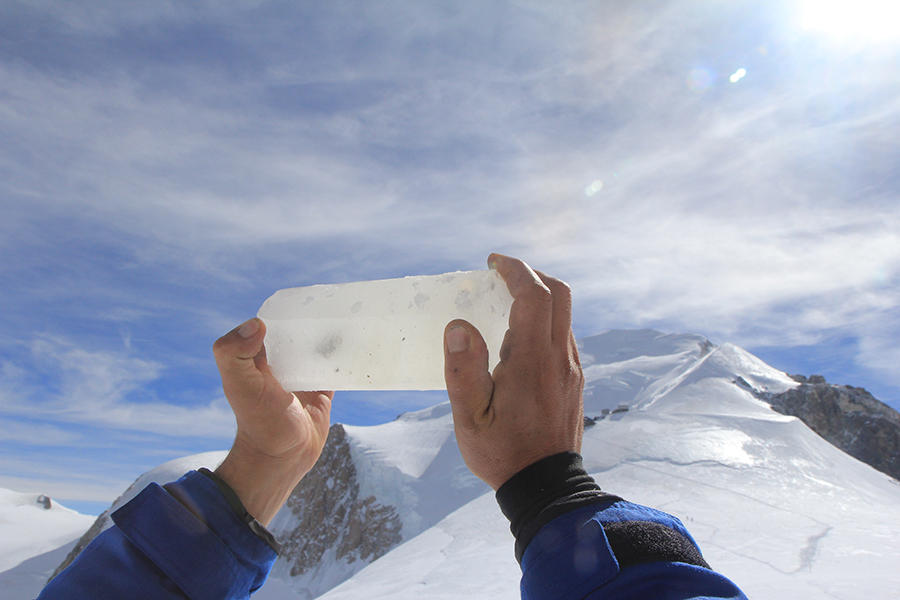 In concrete terms, how will the first core sample be obtained?
J.C.: Under the coordination of Patrick Ginot of the LGGE3 from mid-August, two teams of French, Italian and Russian researchers will work by turns until the start of September. They will be transported by helicopter to the Col du Dôme at an altitude of 4300 meters, and they will camp on site under tents. An ultralight corer will be used to extract three ice cores each 130 meters long, equivalent to the total thickness of the glacier down to the bedrock. A drilling tent will be set up to allow drilling at night when daytime temperatures are too high. Each core, measuring 92 millimeters in diameter, will be lifted out in 1-meter sections and stored in isothermal cases kept at a temperature of -12°C in a trench near the drilling site, before being taken down to Chamonix. The cores will then be stored temporarily at the LGGE.

Glaciers are open history books, but their pages are disappearing before our eyes.

Ultimately, you will be only keeping one core, with the others to be stored in Antarctica.
J.C.: One of the cores, the so-called “reference” core, will remain in Europe. It will undergo analysis notably in the Laboratory of Climate and Environmental Sciences at the University of Venice, our partner in this operation, which has highly specific measuring instruments, and in particular a combustion tracer capable of detecting signs of forest fires. All of these analyses will be carried out between 2018 and 2019 in order to create a freely accessible sole and unique worldwide database that will enable scientists of the future to pinpoint ice layers of particular interest.

How will these glacier cores be stored in Antarctica?
J.C.: In 2020, they will be taken by ship and then carried by tracked vehicle to the high Antarctic plateau for storage at the Concordia base managed by the Institut polaire français Paul-Emile Victor (IPEV) and its Italian partner, the Programma Nazionale di Ricerche in Antartide (Italian Antarctic Research Programme-PNRA). We plan to store the boxes in containers at a depth of 10 meters below the surface in order to maintain the glacier cores at an ambient temperature of - 54°C. The Antarctic is in fact an immense freezer with an ice sheet up to 4 kilometers thick, and is far removed from everything; in addition, it is not subject to any territorial disputes. The subterranean chamber will be large enough to house samples taken from between 15 and 20 glaciers. 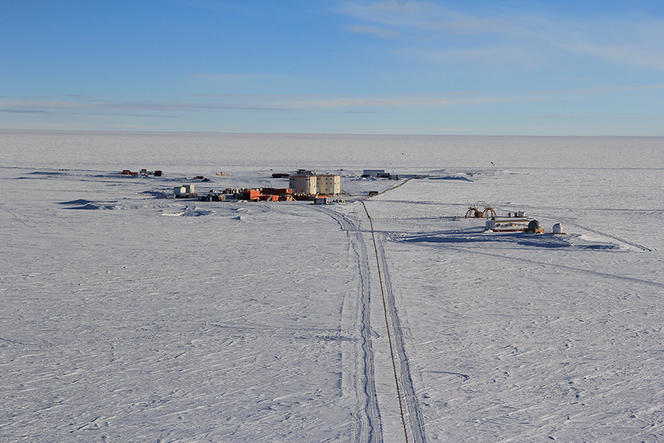 The ice cores will be stored at the Concordia station in Antarctica in containers buried 10 meters underground. Ambient temperature will be -54°C. 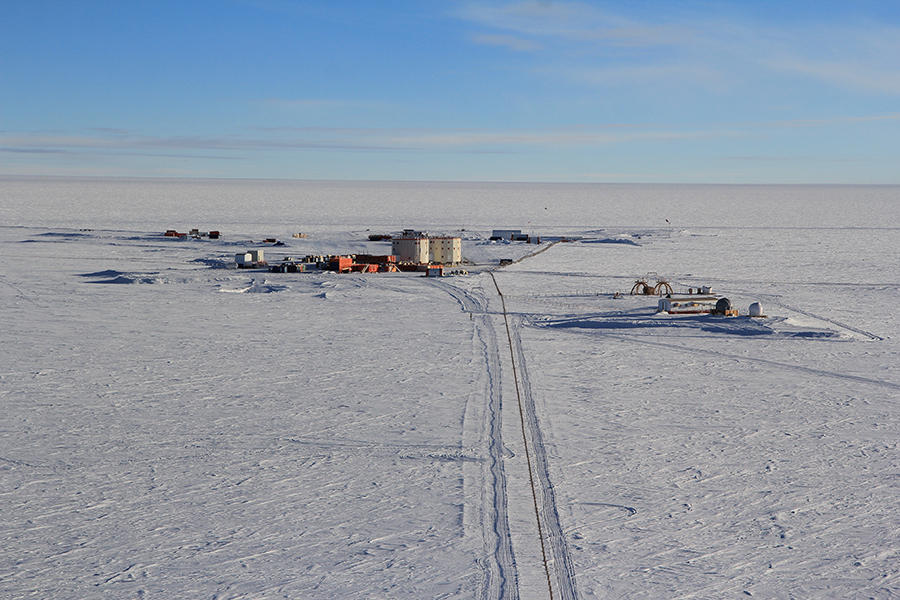 There is a tangible sense of urgency about creating this glacier library.
J.C.: Since 1850, the Alpine glaciers have lost some 50% of their mass, and it is estimated that by the end of this century, glaciers culminating at less than 3500 m will have disappeared. In the last 10 years alone, the temperature of the Col du Dôme glacier has risen by 1.5°C from -14°C to -12.5°C. However, for us, the key problem is when the surface temperature of the glacier exceeds zero, as occurred on the Col du Dôme for a few days in July 2015. When this happens, the melted water can infiltrate and permeate the underlying layers, impairing the older chemical data they contain. The records trapped in the glacier then become damaged and can in fact be lost forever. Such episodes of surface melting are certain to become increasingly common in the next few decades, if not years.

Cores obtained from the Col du Dôme let us to go back 150 years, while those from Colle Gnifetti on the Italian-Swiss border go back 4000 years.

How do you select sampling sites?
J.C.: Our choice is based on their representativeness of a given region: use of a number of carefully selected Alpine glaciers gives us an extremely good idea of the composition of the atmosphere throughout Europe. The second parameter is climatic: to be able to drill, consistently negative temperatures and extensive accumulation of ice are needed to ensure high-quality records. Finally, the selected glaciers must cover different time periods. Cores obtained from the Col du Dôme allow us to go back 150 years, while those from the Colle Gnifetti on the Italian-Swiss border provide information on the last 4000 years. Drilling of this glacier will be coordinated by a Swiss team within a few years.

After the Col du Dôme, drilling will be carried out in Bolivia at an altitude of 6300 meters. Will you be taking part in this expedition?
J.C.: Unfortunately, I’m no longer really able physically to be involved in such high-altitude expeditions! It is the second site at which we will be working with our Bolivian colleagues. The operation involves the Illimani glacier, one of the few Latin American glaciers that allows us to go back to the last glacial maximum, which occurred some 20,000 ago. All of the equipment will be taken up the mountain on the backs of climbers in May 2017. The operation will last around two months and will be overseen by Patrick Ginot, who is an expert in high altitudes and extreme conditions. This is an extremely difficult assignment since at these altitudes, human neurons do not always function too well, and the slightest problem with the weather or the drilling process could endanger the entire operation.

How will the glacier archive bank be managed?
J.C.: We are currently setting up a political and scientific governing body to decide on how it will be used in the coming decades; discussions are underway with UNESCO and UNEP, the United Nations Environment Programme. We hope to obtain their effective support within the next 10 to 15 years. In the meantime, however, we must extract as much source material as possible before it disappears or its archival quality becomes impoverished in order to ensure that the scientific research of tomorrow can be carried out under good conditions. 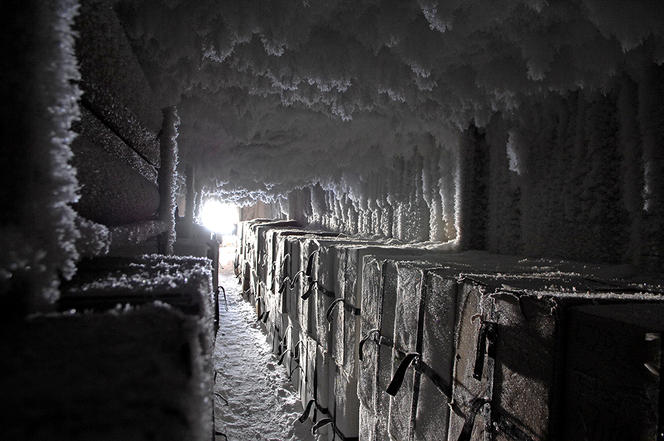 The cave where the ice cores sampled at Concordia station during the 1995 Epica project are kept and archived. 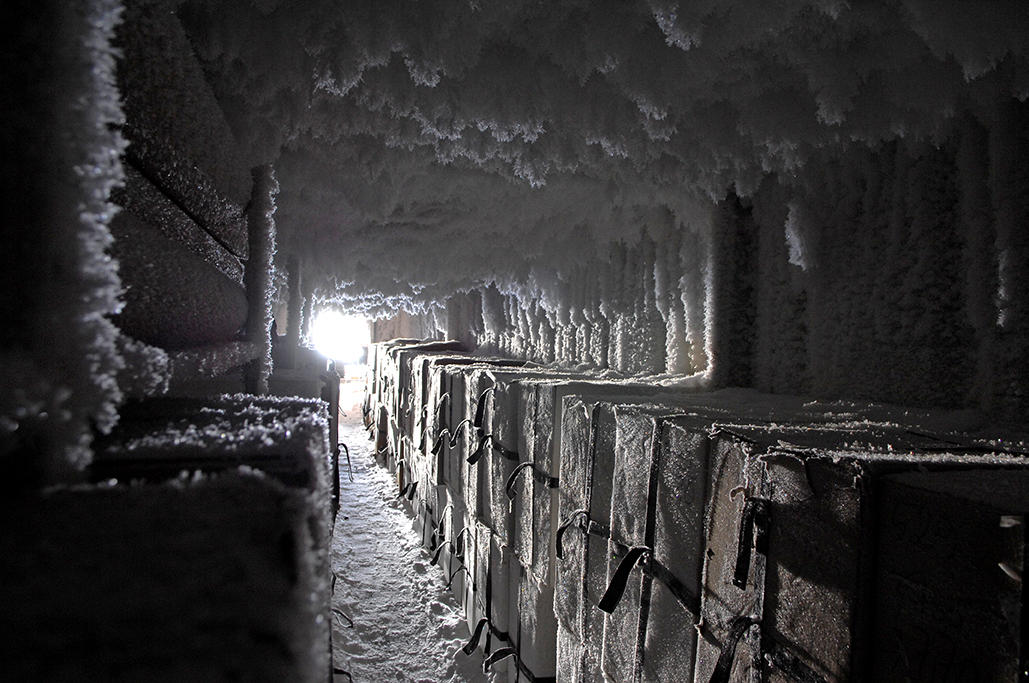 Is your lead being followed by other countries?
J.C.: Germany, Austria, Switzerland, Brazil, the US, Russia, China, Nepal, and Canada, among others, could all potentially contribute to this project. Other operations are already being planned to conserve the information held in glaciers that include the Mera glacier in Nepal, the Huascaran glacier in Peru, and Mount Elbrus in the Caucasus Mountains in Russian. The entire community of glaciologists is at the ready, but obtaining funding is far from simple.

See author's bio
Why is Italy so Prone to Earthquakes?Previous
Celebrating Global Science at ESOFNext

Slideshow
Did the Mont-Blanc Glaciers Shrink Before?

Slideshow
Research to the Extreme