Home / Opinions / Why the Internet must Remain Neutral

Why the Internet must Remain Neutral

Why the Internet must Remain Neutral

Serge Abiteboul
A founding principle of the Internet, net neutrality, has recently been challenged in the United States. The specialist Serge Abiteboul explains why equal access to online data is a precious and indispensable precept for guaranteeing individual freedom.

The Internet is a fundamental element of our economy and society. Net neutrality stipulates equality of treatment for all data streams on the Internet. According to this principle, it is forbidden to discriminate among data depending on the source, destination or nature of the information being transmitted. An Internet service provider must not, for example, block or even slow down the transmission of YouTube videos (negative discrimination), or offer bundled free access to Facebook to the exclusion of other services (positive discrimination).

A founding precept now under attack

Since its creation in the 1980s, the Internet has been based on the principle of neutrality. This concept arises from a presupposition that has been central to our perception of the Internet from the beginning: it is a network for connecting all people, their companies and their societies, and, as such, it is a public asset for the benefit of all. The principle of “the Internet as a fundamental right” is the basis of France’s Loi pour une République Numérique (Digital Republic Act) of 2016, as well as the analogous EU laws. It is this vision that is contested when, for example, Ajit Pai, chairman of the American FCC (Federal Communications Commission), challenged the stipulations guaranteeing net neutrality in the United States (the Open Internet Order) to result in repealing net neutrality in that country on June 11th. Neutrality is now the focal point of an international economic and political dispute. 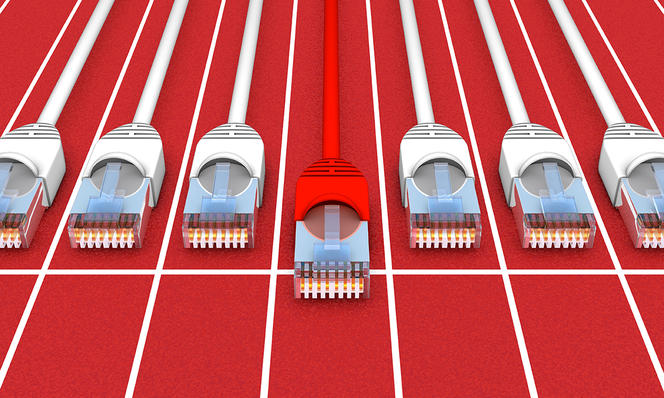 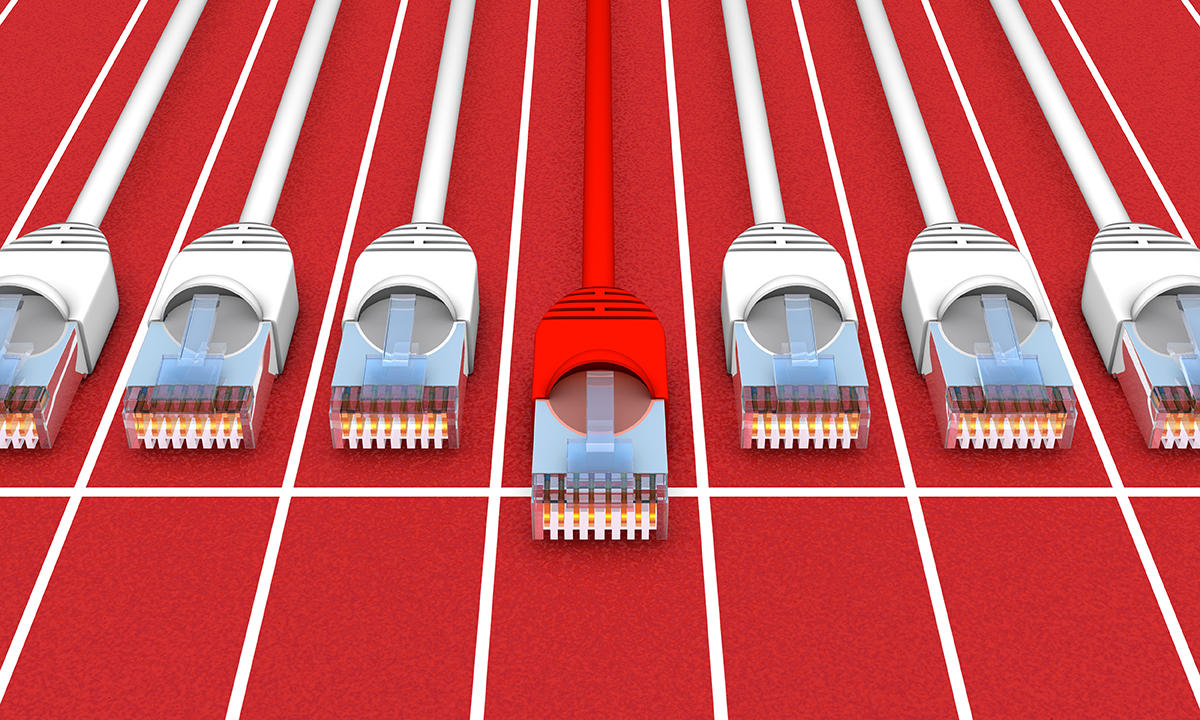 The transport of digital data requires Internet service providers (ISPs)—think Orange in Europe or Sprint in the US—to invest in large-scale infrastructures. They need to maintain servers, communication links among them, and links with the end users, who pay to get access to the network. Over large distances, Internet pure play companies also contribute to the cost of transporting their data by installing their own networks or by relying on cache servers. For example, rather than having thousands of French Internet users downloading the same Netflix video from the United States, the video is stored on a cache server in France, making it more rapidly accessible. ISPs have two main reasons for wanting to evade neutrality: quality and profit.

Let’s look at quality first, in particular the ability to offer sophisticated services like telemedicine. Significantly, functions of this kind, which require data transport of the highest quality, usually do not rely on the Internet. Open-heart surgery or driving an autonomous car involves split-second time constraints that are not compatible with current Internet technology based on “best effort” transmission over a general public network. For the ISPs, to ensure that other applications are not disrupted, it is tempting to slow down at times, or even block entirely, certain high-bandwidth functions, like video on demand. But above all, the systematic reliance on such practices risks becoming an excuse for the ISPs not to invest in more efficient equipment.

Secondly, profit. The ISPs’ goal here is to develop new economic models, giving transmission priority to certain users or certain services in exchange for payment. They could, for example, offer their clients a “premium” service allowing faster Internet access for a higher subscription fee. Similarly, they could ask content providers to pay to have their data routed more efficiently through the network. Profit is really the crux of the issue—obviously, it is not absurd for ISPs, as businesses, to want to increase their earnings.

Why should the law intervene in matters of this type, which seem on the surface to be purely commercial? For example, why should the law come to the defense of the giant American Internet platforms, like Facebook and Google, by prohibiting a local ISP from demanding that they contribute to data transfer costs? The answer is that much more is at stake here.

An even playing field

Net neutrality is precious because it establishes an even playing field, open to competition. This is the very reason for the Internet’s success, the principle that allowed the emergence of companies that started with nothing and grew into megacorporations. On the Internet, everyone is equal.

Now let’s imagine what the Internet would become without neutrality. An ISP could demand that a major online music publisher pay “refunds” for its services. But what is to guarantee that the publisher won’t, as part of the deal, demand that the ISP block one of its competitors? Large companies would crush smaller ones in every area. The Internet would rapidly turn into an economic free for all, and in the long run it is unclear whether European ISPs would even get a piece of the pie. 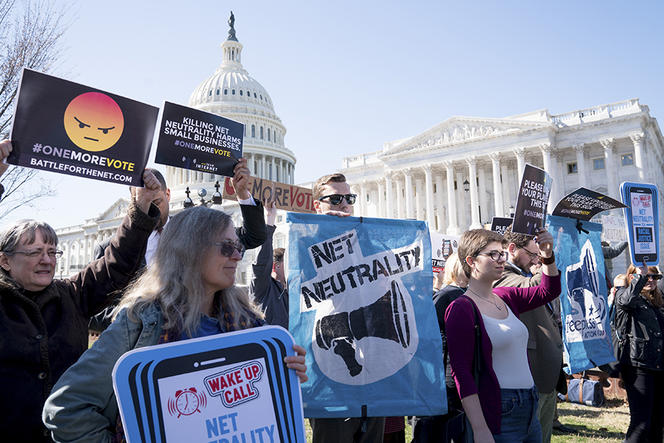 Protest in Washington, February 27, 2018, against the end of net neutrality in the United States. The law, which was passed in December, became effective on June 11, 2018. 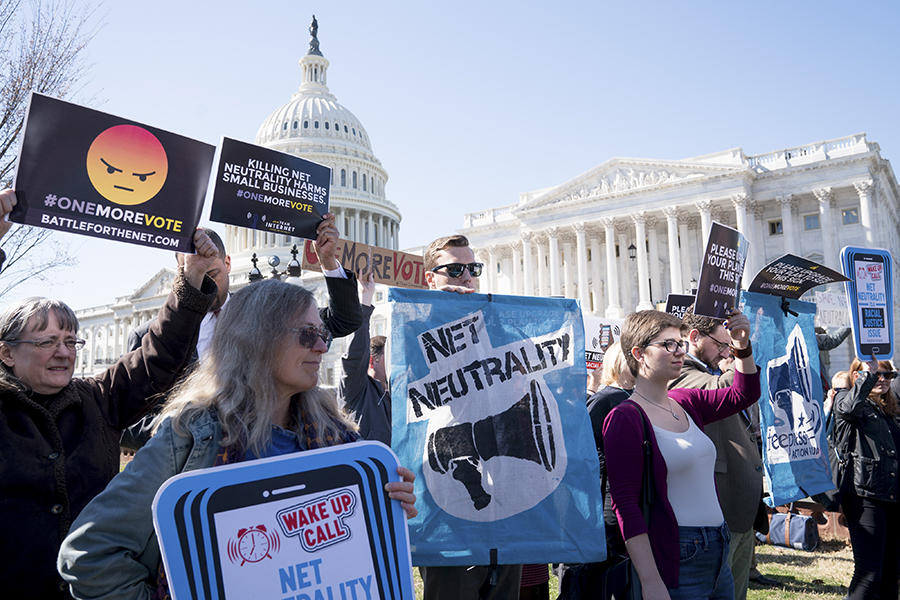 It’s all about guaranteeing individual freedom. Suppose that I want to access a certain OTT television service and my ISP has decided to promote a different one. What should I do? Settle for their preferred service? Change ISPs? My choices are reduced and my life becomes more difficult. ISPs could even—maybe not voluntarily—influence our opinions by choosing which information we’re allowed to see. And what if I want to share information that my ISP doesn’t approve? My freedom of expression has evaporated along with my freedom of choice.

The question of net neutrality is a real wellspring of research topics. How should such neutrality be formally specified? How should it be measured? On a much simpler scale, even measuring the performance of a network is a challenge, involving a great many criteria: the terminal being used, its environment, the target server, etc. There are many commercially available systems for measuring network quality, such as Speedtest, and research teams have developed others, like Inria’s1 Acqua system. The variances observed in their measurements show that much more research is needed.

Lastly, it is worth emphasizing that the question is not limited simply to the neutrality of digital networks. Such neutrality means nothing if the access terminals at one end, or web services that have grown into oligopolies at the other end, hamper competition among services and freedom of choice. But this leads to other topics and other principles, in particular the neutrality of terminals and platforms. These are issues that underlie the proposals for a Digital Charter, and amendments to the constitution, supported by French parliamentarians. 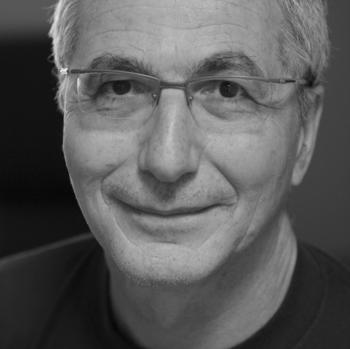 Serge Abiteboul is a computer scientist at ARCEP...