Why Moods Affect our Health

Why Moods Affect our Health

It has recently been demonstrated that neurons are not restricted to the brain but are also present in very large numbers (more than 200 million) in the gut—which also happens to be the reservoir of immune cells. Do these two families of cells communicate? Instinctively, it is tempting to say yes, from experience: our moods, stress or allergic state have an impact on our immune defenses and we become ill more easily during periods of acute stress or allergic episodes. Recent discoveries have indeed confirmed this close relationship between the nervous and immune systems, but in order to elucidate the mechanisms at play, it is essential first of all to look at their respective modes of communication.

Neurons communicate among themselves through molecules called neurotransmitters. One of the best known, serotonin, is involved in regulating functions such as the sleep cycle, pain, anxiety, eating and sexual behaviors and inflammation. It is secreted by neurons and also by cells in the immune system: indeed, more than 95% of serotonin is not produced by the brain, but by the gut. Other neurotransmitters, such as histamine (which is also involved in allergies) are also known to exert effects on the immune system, notably by modulating the inflammatory response.

As for immune cells, they communicate by secreting molecules called cytokines. These include interferons, a subgroup that is at the forefront in the fight against infections. These antiviral proteins were discovered more than 60 years ago. They are extremely potent agents which, when produced in response to a viral or bacterial infection, are capable of triggering the activation of more than 400 genes! Present in most vertebrates, interferons act as guardians of our immunity. Many infected cells are able to produce interferons, but always in small quantities, which does not explain the large numbers detected in infected patients. However, twenty years ago, the discovery of professional interferon-producing cells, plasmacytoid dendritic cells (or pDCs), revolutionized our understanding of the antiviral response. These pDC cells are sentinels that patrol the body in search of pathogens to eliminate. When they detect one, they destroy it and produce large quantities of interferons, up to 1,000 times more than any other type of cell. This capacity for massive interferon production is not just a protective mechanism; it can become destructive when the activation of pDC cells persists over time, notably in the context of chronic and autoimmune diseases.

Neurotransmitters reduce our defenses against infection

So is there a link between neurotransmitters in the nervous system and interferons in the immune system? To clarify this point, the CBMIT1 laboratory is studying the production of interferons by pDC cells. More specifically, we have been focusing on the effect of neurotransmitters when the antiviral response is triggered. We have discovered that serotonin and histamine are potent inhibitors of interferon production by human pDCs cultivated in the laboratory, but also in vivo in mice infected by the influenza virus.

We wanted to improve our understanding of the action of serotonin and histamine on pDCs at the molecular level. We thus discovered that these neurotransmitters bind to a protein present on the pDC membrane: the CXCR4 chemokine receptor. This receptor is expressed by a large number of cells in the body and is known to have a variety of functions, notably in the migration of immune and cancer cells and in the growth of neurons, as well as being used by HIV to infect cells. We were subsequently able to demonstrate2 that histamine and serotonin bind to the CXCR4 proteins present on the surface of pDCs, which prevents the production of interferons. We have found, as it were, the "on-off" button for interferon production: the CXCR4 receptor.

Left: pDC cells, in contact with the Human Immunodeficiency Virus (HIV) (red), respond by producing interferons (green). Right: pDCs are cultured with a histamine analogue before being stimulated with HIV (red). As a result, pDCs no longer produce interferons. (In blue, the cell nuclei).

Left: pDC cells, in contact with the Human Immunodeficiency Virus (HIV) (red), respond by producing interferons (green). Right: pDCs are cultured with a histamine analogue before being stimulated with HIV (red). As a result, pDCs no longer produce interferons. (In blue, the cell nuclei).
Nikaia SMITH/CBNIT
Nikaia SMITH/CBNIT
Share
Share

This discovery opens up promising therapeutic avenues. By targeting CXCR4, we might be able to reduce the production of interferons in chronic and autoimmune diseases where their constant secretion causes most of the symptoms experienced by patients. Furthermore, the fact that histamine inhibits the interferon response of pDCs provides a cellular and molecular explanation for the increased sensitivity of allergic patients to viral respiratory infections. Indeed, during an allergic episode, mastocytes (which belong to the family of immune cells) locally release large quantities of histamine that will then prevent the secretion of interferons, leaving the body defenseless against viruses. These findings concerning the inhibitory effect of serotonin on interferons therefore offer even more exciting prospects.

By demonstrating that neurotransmitters are able to block the production of antiviral molecules, these results are a further step towards elucidating the dialogue between the nervous and immune systems. However, numerous issues still need to be addressed: why does the body allow neurotransmitters to control our antiviral immunity? Does the secretion of serotonin to block pDC cells affect our mood or stress levels? Does the immune system influence our psychological state of mind by triggering the secretion of neurotransmitters? These fascinating questions are as many research challenges for the 21st century. 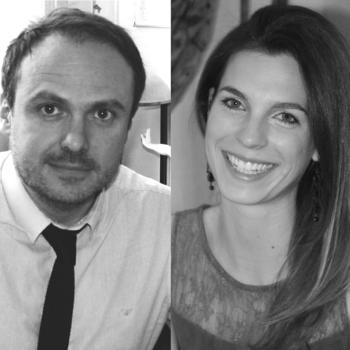 Jean-Philippe Herbeuval is a senior researcher at the CNRS. He leads the team "Chemistry and Biology, Modeling and Immunology for Therapy" (CBMIT) at the Laboratoire de chimie et...