Home / Opinions / The thousand and one facets of glass

The thousand and one facets of glass

Home / Opinions / The thousand and one facets of glass

The thousand and one facets of glass

Daniel Neuville
The United Nations declared 2022 the International Year of Glass, whose official launch took place on 10 and 11 February in Geneva, Switzerland. Researcher Daniel Neuville provides a brief yet eye-opening overview of the huge range of science-related issues surrounding this material of the future.

Glass, both natural and artificial, has been part of the history of humanity for over 10,000 years. And by making a significant contribution to the energy transition, it will also play an active part in our future. It was partly in recognition of this role that the United Nations declared 2022 the International Year of Glass.

Used as a tool in its natural form – obsidian – since the Neolithic period, glass was first manufactured around 5,000 years ago in the region between Mesopotamia and Egypt for decorative use: glass beads and other jewelry no doubt helped to lift the spirits of our distant ancestors! 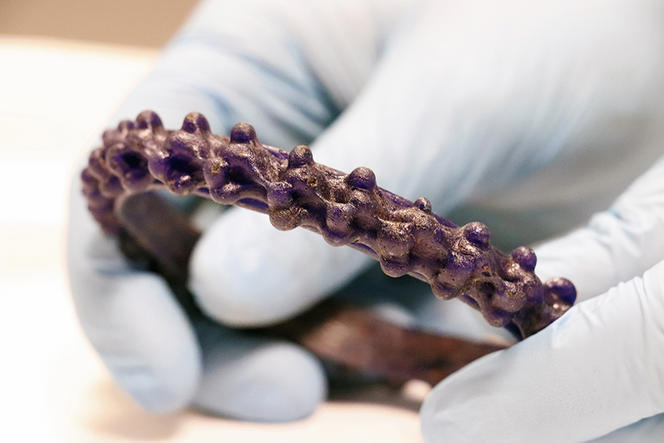 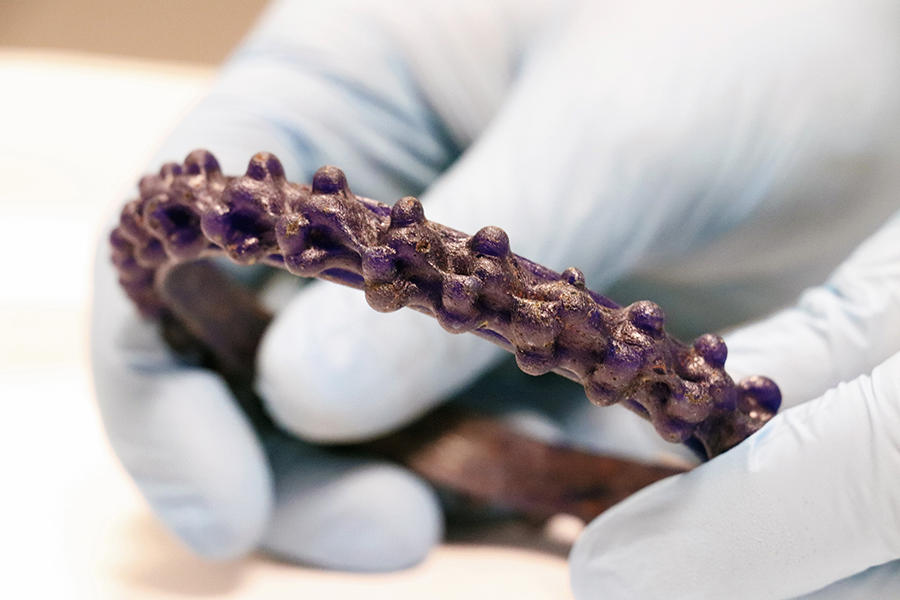 Glass subsequently proved decisive in improving living conditions. It was used for packaging food (making it easier to store and transport) and for the production of the first electric light bulbs, freeing millions of schoolchildren from having to study by candlelight. This material, one of the most useful, versatile and innovative in history, today occupies a central position in a host of fields.

A key material in the energy transition

Glass is also a major asset for the future, particularly in the context of climate change mitigation, and a prerequisite for the energy transition. Used for the construction of wind turbines and photovoltaic panels, its insulating properties help to protect our homes. In addition, it is found in batteries to enable faster energy storage, in optical fibres to transport energy as well as information, and for the storage of hazardous waste by means of vitrification. 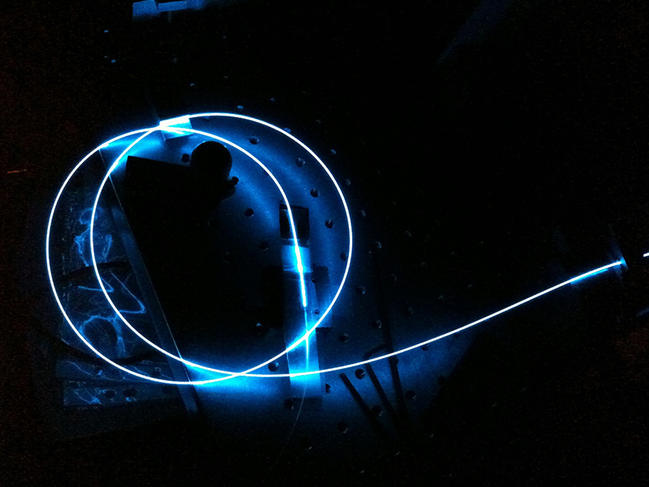 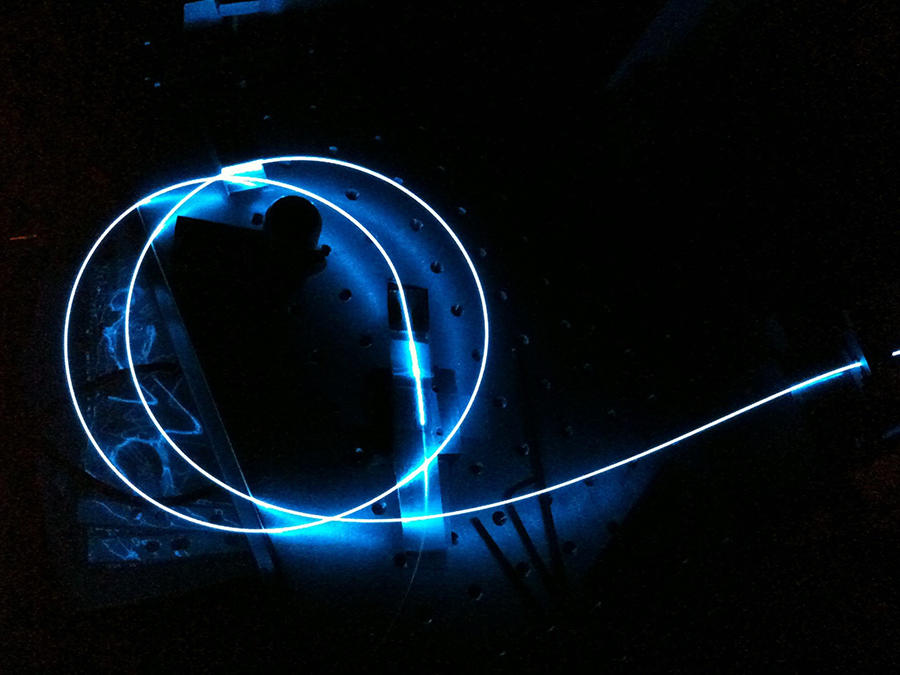 Another plus for the future is that glass can be endlessly recycled. This is nothing new: both chemical and isotopic analyses have shown that Roman glassmakers were already remelting broken glassware to make new objects. Closer to us, recycling really began to take off in the 1970s with the introduction of advertising campaigns to incite consumers, the first link in the chain, to dispose of empty bottles and jars in containers specially designed for the purpose. Today, more than 2.2 million tonnes of glass are collected annually in France. The contents of the containers are transported to sorting, cleaning and crushing facilities, and the crushed glass, or cullet, is then sent to industrial plants to be transformed into new products. This recycling chain is extremely efficient: on average, cullet makes up over 65% of the raw materials, even reaching 90% or more in some furnaces. This rate is set to increase since the new Extended Producer Responsibility (EPR) legislation provided for in the AGEC (anti-waste for a circular economy) law came into force in France on 1 January this year. It will become compulsory to recycle flat glass from the building industry (windows and panels), a resource amounting to more than 200,000 tonnes, as well as construction materials and those made from mineral wool. 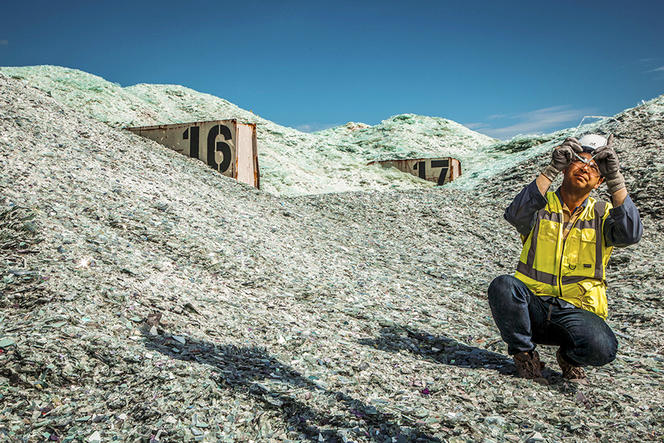 Storage of cullet (broken and recycled glass), at the Eurofloat site in Salaise-sur-Sanne (southeastern France). This material will make up a quarter of the composition of new glassware. 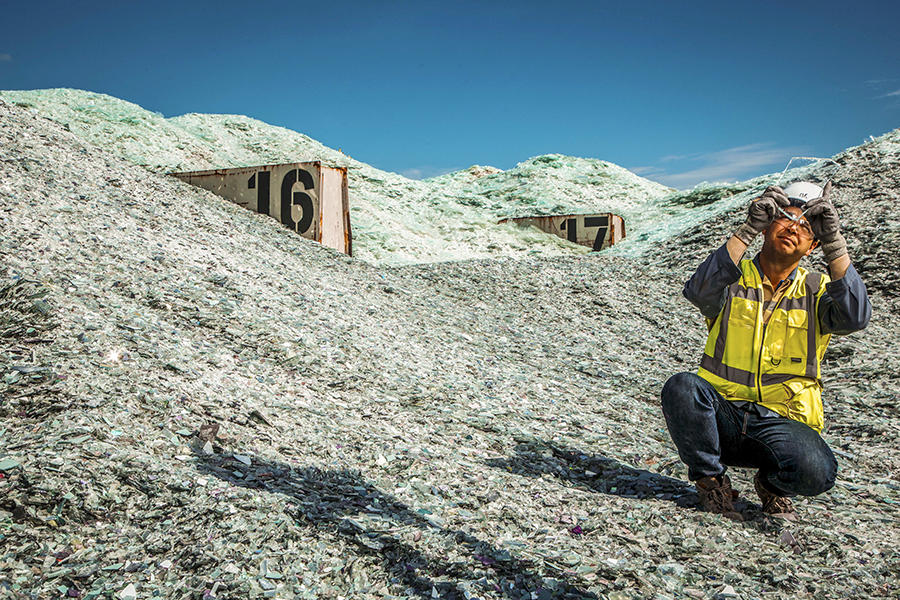 A new resource for healthcare

Perhaps more surprisingly, glass is also beginning to be used in healthcare. For instance, toothpastes containing glass nanoparticles help to rebuild tooth enamel. More astonishing still, implanting a piece of glass in a bone makes it possible to regenerate bone tissue by reaction with bodily fluids. Not to mention the fact that medicines can be stored in porous silica so that they are released into the body over a longer period of time.

A record of the Earth's past

As well as being a material of the future, glass can also tell us a great deal about the Earth's past. Studying the natural glasses that form during volcanic eruptions (such as pumice, obsidian, and Mid-Ocean Ridge Basaltic glasses), and during the crystallisation of rocks (residual glass, glass inclusions), yields a wealth of information about the geological and igneous processes of our planet. Such glasses provide images of magmas frozen in time. Looking into them sheds light on the solid-liquid-vapour equilibria and phase transitions that occur at high pressures and temperatures in the mantle and at the base of the Earth's crust. At the surface, they form a record of the volcanic processes that affect the daily lives of some populations, while also enabling the study of the Earth's history. In this respect they also play an important role in the prevention of volcanic hazards and risks. 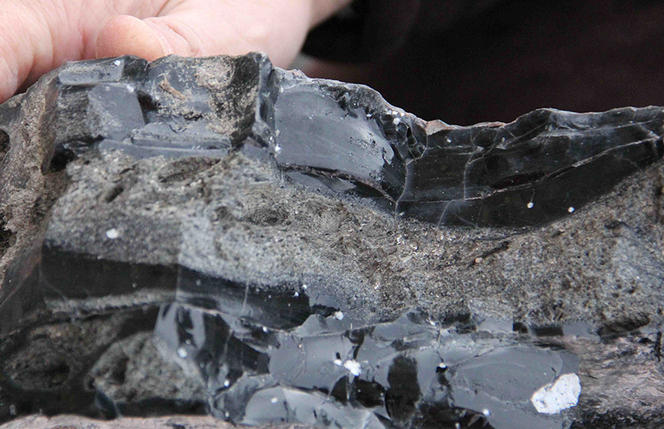 Seam of obsidian and pumice at Panum Crater, a volcanic cone located in California (US). 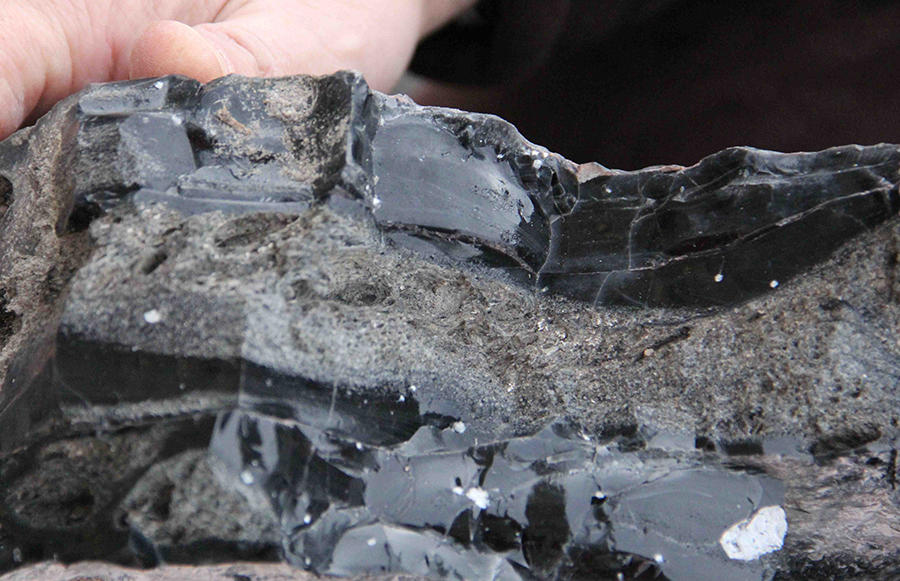 And there's more to glass than that. Neither a liquid nor a solid, it shares the properties of both, in a frozen disordered state that is still difficult to understand, and that appears to be a new state of matter. With so many unanswered questions remaining, glass will no doubt keep scientists on their toes for a long time to come!

Online / The official website of the International Year of Glass:  https://iyog2022oc.org/

0
A century after BCG, a global forum tackles tuberculosisPrevious
Choosing a vaccination strategy to deal with Covid variantsNext 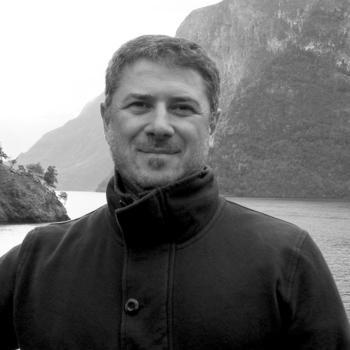