Will we one day be able to alleviate the effects of ageing and offset the deterioration of our body functions? The use of stem cells has made the regeneration of human tissues and organs—which was the stuff of dreams a few decades ago—a realistic goal, as explains the specialist, Pascal Sommer.

Between hopes of immortality and the fatality of mortality, humans have always sought to combat ageing and the failing of functional bodily organs. Thus the myth of Prometheus tells us that the ancient Greeks were already aware of the potential for self-repair of some parts of the body. This God, bound to a rock because he gave fire to humanity, saw every day an eagle feed on his liver, which kept growing back so that the litany of punishment would be accomplished. If the Ancients chose the liver to illustrate this myth, it was because they knew that this organ was to a great extent able to regenerate itself.

Closer to us, the symbolism of witchcraft was often associated with the salamander, which is able to regrow its limbs. Humans and higher vertebrates do not have the same capacity as this amphibian, or as the zebra fish or axolotl—let alone that of the total regeneration of plants. But recent studies have demonstrated that this faculty may exist, or at least be locally stimulated. 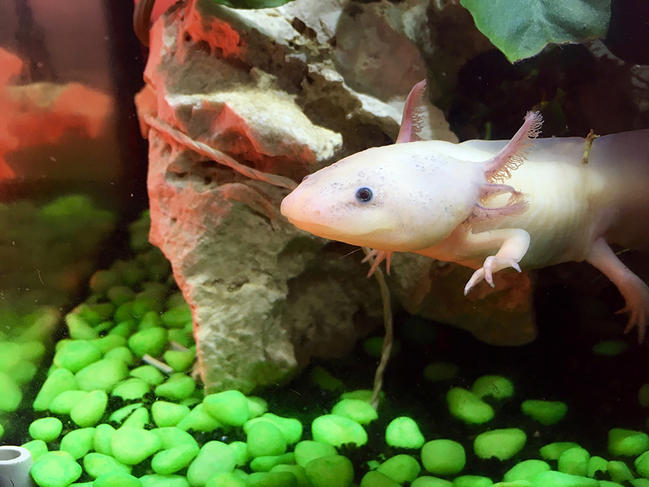 The axolotl is an amphibian that can regrow its limbs. 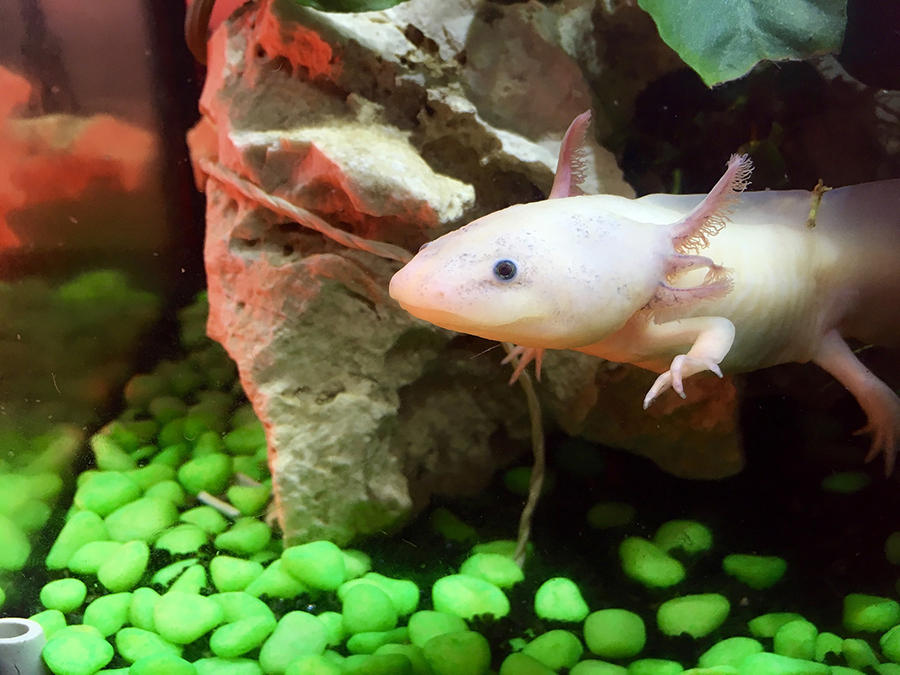 Are stem cells the key to regeneration?

Capacity for regeneration is mainly driven by cells that can reprogram to replace a damaged tissue or organ. Some of these so-called "stem" cells are grown by the bone marrow and can circulate throughout the body. Others are generated by the tissues themselves, such as hair bulb stem cells, whose mission is to enable hair growth throughout life.

Whatever their origin, these cells have the potential to transform so that they can repair and grow all types of tissue. This ability to become different, also called cell differentiation, has aroused much hope, notably since these cells have also been identified in the central (brain) and peripheral (bone marrow and nerves) nervous systems.

Although this phenomenon is not obvious in humans, one mechanism is well known: healing. Yet regeneration is only partial and does not enable identical reproduction. Take for example the skin that has regrown on major burns patients: its corrugated appearance is only a pale reflection of the considerable elasticity of the original skin tissue. It is therefore necessary to understand the reasons for this deficiency, even though it is accepted that healing is essential, if not vital.

The various actors involved in body regeneration work at the crossroads of numerous mechanisms intrinsic to living beings—biologists and the medical profession to start with, but also physicists, mathematicians (engineers and theorists), chemists, engineers, psychologists and a number of specialists in the human and social sciences.

These experts in human regeneration may target the restoration of a function, seeking to replace the deficiency (e.g. the knee, skin or heart) or try to encourage the body itself to participate in the process; for example by driving the regrowth of damaged nerve canals. The current preference is certainly a combination of the two approaches based on inclusive and incentive engineering. Thus new generation prostheses can replace and respect the function to be recreated by reproducing the damaged organ in a personalized manner, but at the same time they must be biocompatible so that they can be integrated into the body without triggering defense or rejection mechanisms. 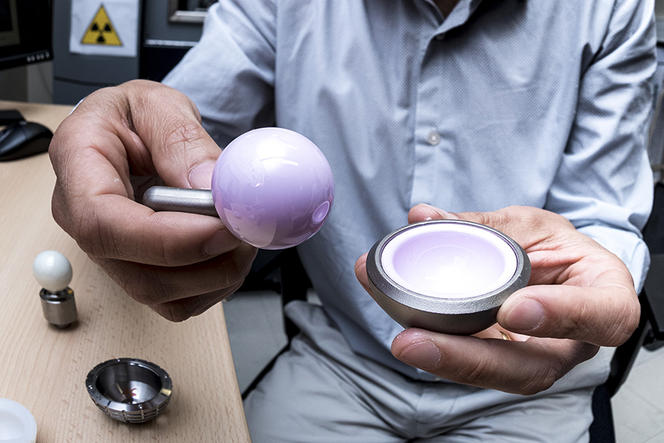 The studies by Jérôme Chevalier, winner of the CNRS Innovation Medal in 2015, have enabled an increase in the durability of ceramic orthopedic and dental prostheses, and have given rise to new composites that are used in surgery to replace bone tissues and materials that form substrates for tissue regeneration. 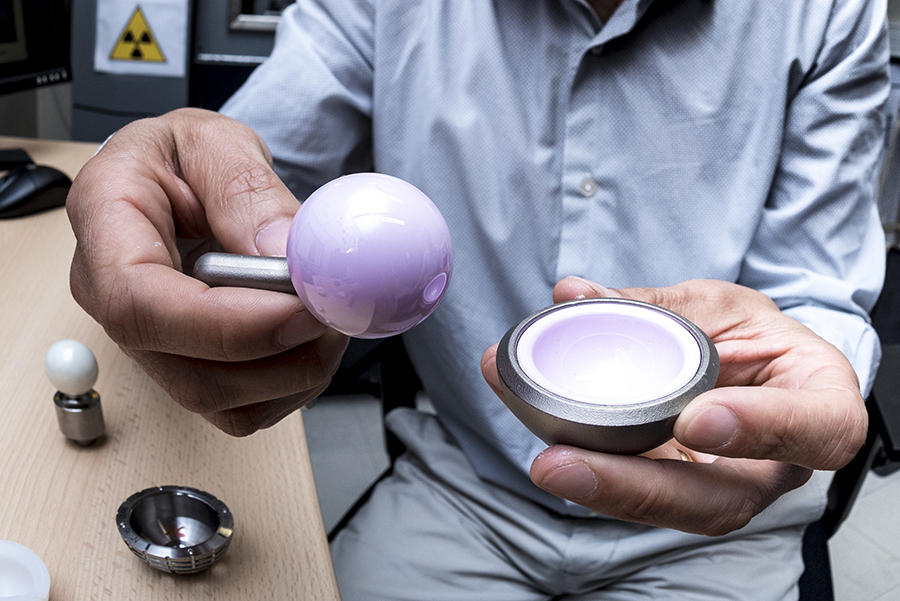 The studies by Jérôme Chevalier, winner of the CNRS Innovation Medal in 2015, have enabled an increase in the durability of ceramic orthopedic and dental prostheses, and have given rise to new composites that are used in surgery to replace bone tissues and materials that form substrates for tissue regeneration.
Thierry FOURNIER,/MATEIS/CNRS Photothèque
Thierry FOURNIER,/MATEIS/CNRS Photothèque
Share
Share

The Holy Grail of this research is to consider the element inserted as the starting point for regeneration, by inciting and directing the body’s own repair and regeneration system. The aim in this case is to create a niche so that regeneration will be encouraged to orient itself towards a complete reconstitution dynamics, and not just healing.

In other words, the researchers, engineers and physicians concerned consider the repair/regeneration site as a coherent ecosystem, which must be connected or be able to connect itself, i.e. be vascularized and innervated. It must retain circulating stem cells and inform resident ones by giving them the information they need to shift towards differentiated growth. The ecosystem must also provide precise conditions as the cells are highly sensitive to the mechanical properties of surrounding tissues; this is illustrated by the healing of skin which takes place in a plastic environment formed of stiffened collagen networks bearing no resemblance to the elasticity of young skin that serves as a reference for cosmetic approaches.

These theoretical considerations are those of modern tissue engineering. The latter forms part of a global approach where materials chemistry, cell pharmacology, embryology and biomechanics—among other skills—combine forces to offer cell and tissue niches for damaged tissues which will constitute both a functional prosthesis and a matrix for regeneration. In this context, the time factor is crucial.

This is well known to the surgeons who directly monitor the evolutions and involutions that affect their patients' bodies. It becomes a complex element that must be taken into account by research scientists. Time adds a fourth dimension to the modeling of prostheses and ortheses, whether they are conventionally produced using a specific material or through the orchestrated accumulation of several materials added sequentially under the control of a software program during three-dimensional printing. This "4D printing" (3D printing plus the time factor) is certainly key to optimizing the customization of prostheses and ortheses and facilitating their hybridization with the body. Its potential can provide the foundations necessary to engineer these niches that will be conducive to regenerating tissues or even organs, in the longer term.

A systematic consideration of time introduces a final concept that is at the forefront of our concerns: the fate of regenerated tissues, which is frequently not optimal when compared to their initial role, even if the body has indeed performed its emergency functions. Tissue growth must be rapid because of the risk that other mechanisms may develop (inflammation, infection). It must also be targeted—a nerve must restore a nerve—and limited: cells need to die or stop growing at the edges of the wound, often by activating the mechanism of programmed death, or apoptosis. Growth must also be progressive: the initial information transmitted to the cells must either evolve or be interpreted differently. This is where epigenetic mechanisms come into play. The aim is to ensure that the piece of tissue or organ being constructed evolves towards a complete and functional ensemble. 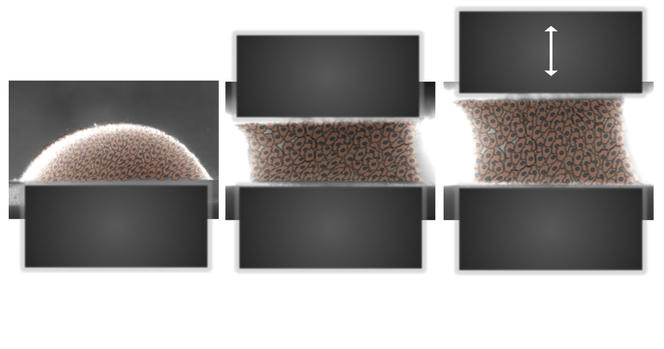 Embryonic stem cells stimulated mechanically using a magnetic driver (magnetic nanoparticles have been incorporated into these cells). Stimulation can be adapted as a function of the type of tissue targeted: for example, "magnetic beats" mimicking contractions of the heart will cause the stem cells to differentiate towards precursor cardiac cells. 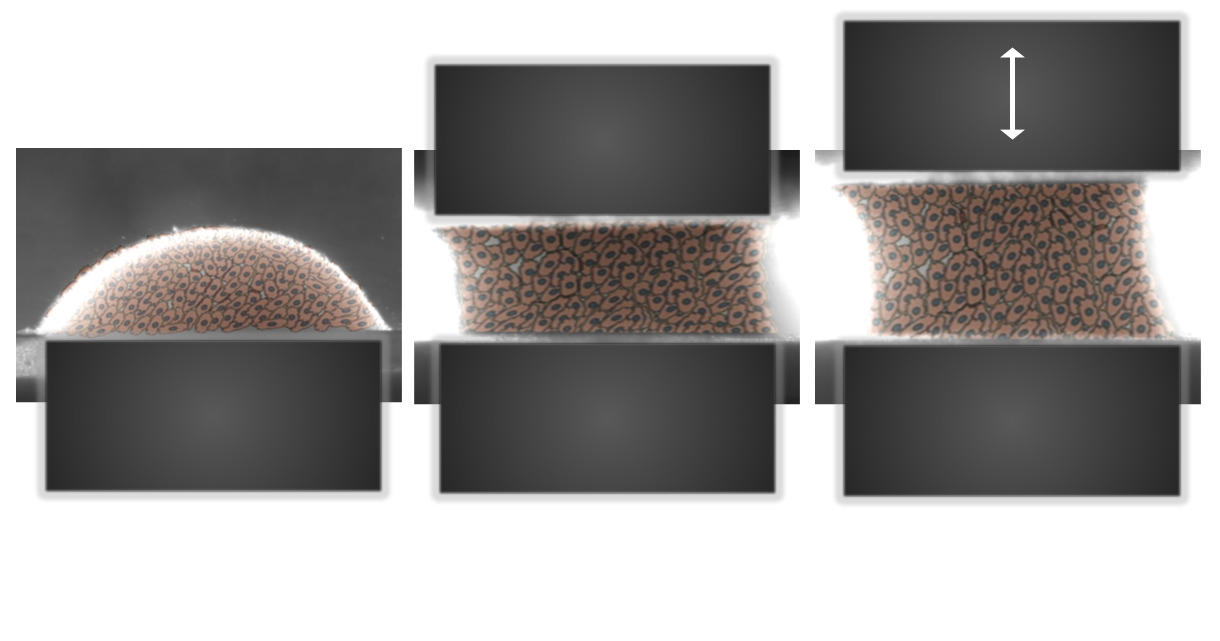 Embryonic stem cells stimulated mechanically using a magnetic driver (magnetic nanoparticles have been incorporated into these cells). Stimulation can be adapted as a function of the type of tissue targeted: for example, "magnetic beats" mimicking contractions of the heart will cause the stem cells to differentiate towards precursor cardiac cells.
Claire WILHELM / MSC / CNRS Photothèque
Claire WILHELM / MSC / CNRS Photothèque
Share
Share

While genes translate the initial information provided on the niche into an initial growth and cell differentiation program, evolution of the environment will regulate this action over time. This epigenetic process will call upon mechanisms that are still little known and are the subject of exciting research. An important driver of epigenetic regulation is the mechanical environment of tissues. The softness of a liver is completely different from the elasticity of blood vessels and skin or the hardness of a ligament or bone. This biomechanical factor has become an essential feature in the modeling of prostheses, ortheses or even the environmental niches that will favor regeneration.

In short, partial regeneration of the body is the subject of numerous studies and has already given rise to clinical applications. Much remains to be done to meet the high expectations being expressed, such as the regeneration of nerves in tetraplegics. But what was unthinkable only a few decades ago has now become a realistic goal. The future will tell if it can be achieved. The liver may no longer be the only organ able to regenerate, as reflected in the myth of Prometheus. As for the regeneration of the entire body, even the salamander cannot achieve this…. yet.