Breathing, running, eating, urinating, singing or giving birth are all actions that mobilize our elasticity. How can we preserve this essential capacity of organs and tissues to return to their original shape after being deformed? The biologist Pascal Sommer sheds light on this topic.

The bodies of humans—and animals—have evolved for and by movement. Key to this movement is the ability of different bodily organs and tissues (bones, skin, vessels, ligaments, etc.) to return to their original shape after being deformed. Known as elasticity, it allows for example the walls of the lungs and arteries to swell and deflate depending on pressure variations, or the bladder to work efficiently.  And if a tissue takes time to return to shape, this is generally referred to as viscoelasticity. Yet after the age of around twenty, when growth is complete, the elastic fibers that ensure most of the body’s elasticity are not renewed, or only to a limited extent. We therefore have a capital of elasticity that declines, more or less rapidly depending on our lifestyle. Research is currently seeking to develop solutions to study, protect, stimulate or even replace the elastic fibers or viscoelastic components of the body. 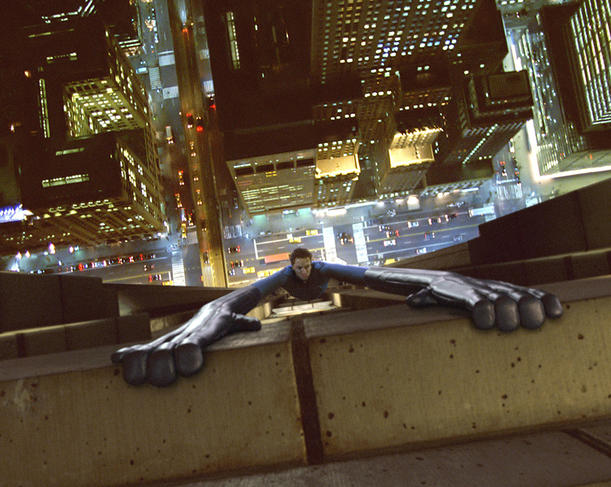 Reed Richards, the Elastic Man from the film "Fantastic Four," does not have the same problems as ordinary mortals whose elastic capacity deteriorates markedly with age and disease…. 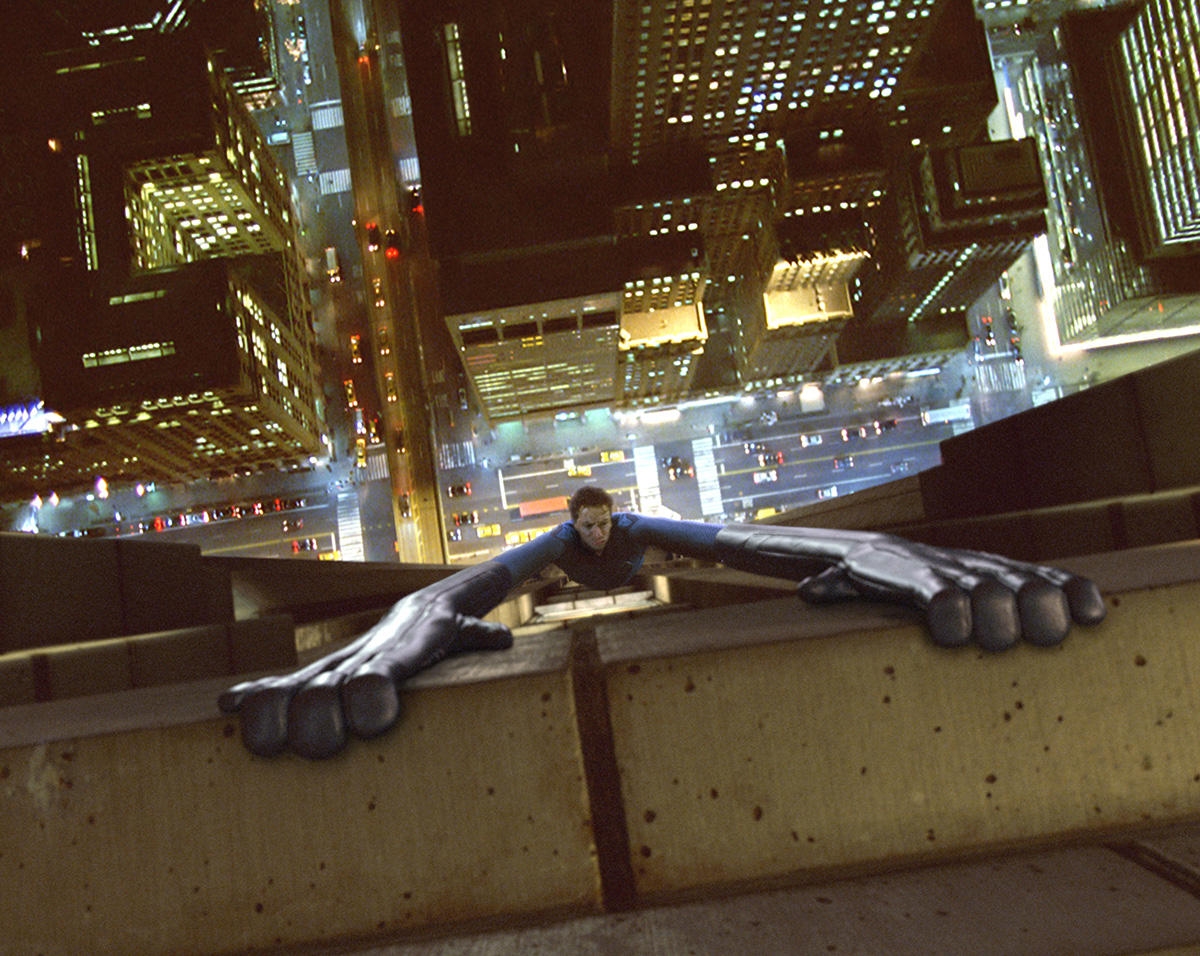 Loss of elasticity and disease

Focusing on the concept of the “elastic human” is now a promising priority. A loss of elasticity indeed causes the onset of numerous pathologies, or their worsening. These conditions include cardiac insufficiency, ruptured aneurysm, emphysema, wrinkles, loss of speech (it is vibrations of the vocal cords and eardrums that ensure speech and hearing), poor intestinal function, ruptured ligaments (which contain a variable but essential amount of elastic fibers), herniated disks, or a particular type of glaucoma or blindness, etc.

UV rays, cigarettes, pollution and a poor diet are some of the main toxic agents.

Aging is not the only factor involved in our organs and tissues losing their mechanical properties. Indeed, some genetic syndromes induce a weakness of elasticity or viscoelasticity. Genital prolapse ("organ descent") has thus been demonstrated in mice as being linked to a genetic malformation of elastic tissues. Finally, any oxidizing substance can attack elastic fibers and accelerate their deterioration. UV rays, cigarettes, pollution (certain nanoparticles in particular) and a poor diet are some of the main toxic agents.

Less well known is what some call "caramelization" of the body, due to excess sugar (notably in the context of diabetes). One practical manifestation of elastic aging is also observed after the menopause. To remedy this, hormone therapy may prove risky in view of its potential adverse effects. On the other hand, sport is known to be beneficial for preserving the elasticity and viscoelasticity of tissues. 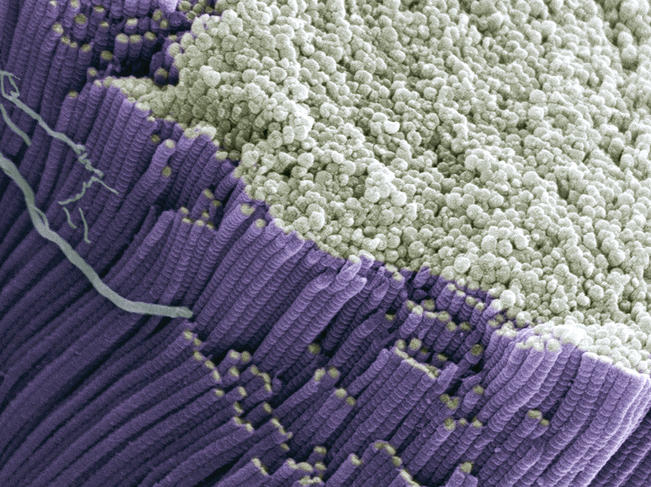 Bundle of collagen fibers seen under the scanning electron microscope and stained. Replacements for this type of fiber are already available on the market. 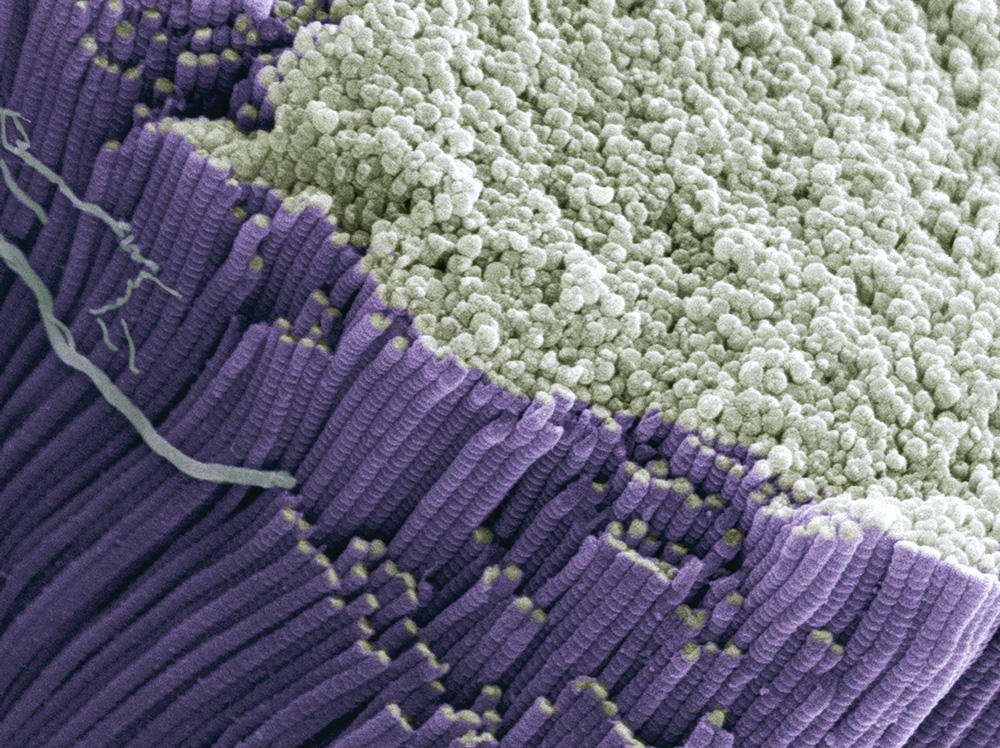 Bundle of collagen fibers seen under the scanning electron microscope and stained. Replacements for this type of fiber are already available on the market.
SPL/BSIP
SPL/BSIP
Share
Share

The mechanical characteristics of the elasticity and viscoelasticity of tissues and organs are linked to subtle physicochemical arrangements either within or between molecules. It is therefore crucial to clarify these properties at all levels, notably through mathematical modeling, in order to understand, repair, replace or operate on them.

The secret to regenerating skin elasticity in patients with severe burns has yet to be elucidated.

For example, it is known that certain tumors are not as elastic as healthy tissues, and this characteristic can improve their detection using ultrasound. But the secret to regenerating skin elasticity in patients with severe burns has yet to be elucidated. Simulating in real-time the deformations that affect an organ in order to help a surgeon during a procedure again requires detailed knowledge of the elastic properties of tissues, and their modelling from the scale of the protein to that of the complete organ, including intracellular organelles.

Repair of the “elastic human” can now be seen in a new light, with the engineering sciences playing a key role. Research opportunities are numerous. There are also some rare pharmaceutical approaches. For example, an extract from the dill plant, which has been the subject of a CNRS-BASF patent, has been shown to be significantly effective in stimulating the synthesis of elastic fibers; the company is now proposing it as a cosmetic skin treatment to improve skin elasticity. Dill extract has also proved to be a useful protection against aging in the cardiovascular system of mice. However, it remains to be determined whether this latter application, which is essentially preventive, could be of interest to drug manufacturers.

Biomaterials and ultrasound to repair tissues

In order to make up for mechanically failing tissues in humans, it is also possible to implant biomaterials. To ensure their rigidity, collagen fiber substitutes are already available on the market. For example, this is the case for stents (a sort of metal spring that is inserted into an artery to dilate it in the event of stenosis).

As a further improvement, the production of biomimetic materials, which imitate nature by taking inspiration from its shapes and materials, is now being envisaged. The in vitro synthesis by cells of a type of human elastin has already been developed, and studies are underway to integrate it in biomaterials, or even enable its 3D printing. But in view of France's ethical regulations, it is also necessary to envisage the chemical synthesis of all or part of these materials. 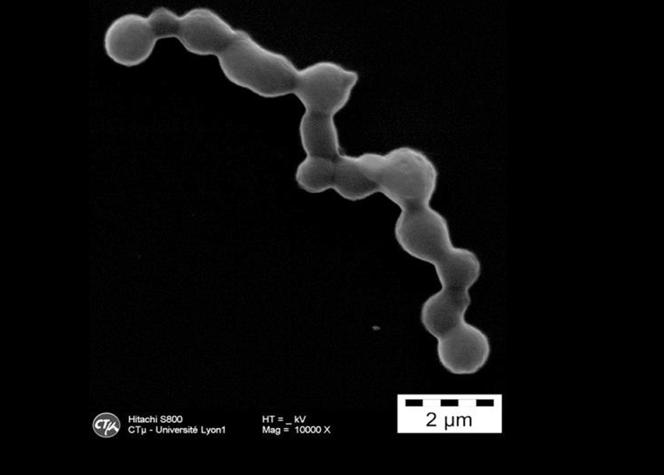 It is now possible to synthesize a type of human elastin (like the elastin protein seen here under the microscope) using in vitro cell culture. 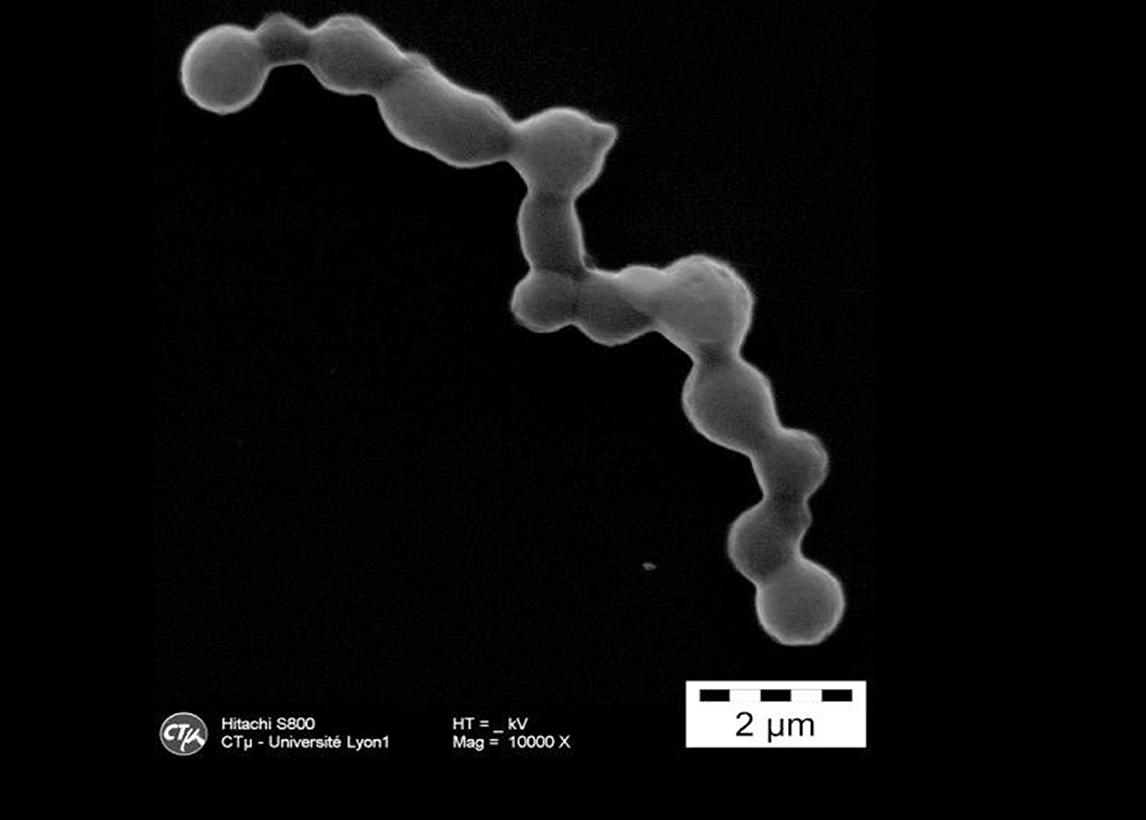 To end this somewhat incomplete review, mention should also be made of ultrasound, which as well as its well-known usefulness in establishing diagnoses, has demonstrated its therapeutic benefits in favoring the growth or regeneration of tissues. And another concept is a source of hope: epigenetic reprogramming, which could beneficially modulate genome expression. The aim is to break the vicious circle that develops when tissue elasticity is impaired. This would be beneficial in adults, and it is absolutely essential in children affected by a genetic mutation that causes the poor functioning of elastic tissues (such as cutis laxa, Marfan’s or Williams syndromes, etc.).

Breathing, running, eating, urinating, singing or giving birth are all actions that mobilize our elasticity. The “elastic human” concept has led to important scientific advances with potential consequences even in clinical applications. The symposium organized by the CNRS and the Académie des Technologies focused on elastic human tissues (bone, skin, vessels, ligaments, organs) and provided the first such opportunity in France to bring together several disciplines around this crucial and universal issue.