Imagine Living in a Parallel World

Imagine Living in a Parallel World

Virginie Orgogozo
Is the world we know only one of many possible alternatives? Pondering the numerous episodes that have repeated themselves during the history of life on Earth, biologist Virginie Orgogozo, CNRS senior researcher and Young Woman Scientist of the year 2014, explores the other paths that evolution might have taken.

Reading this article is a matter of chance

Twenty years on, I vividly recall what I learnt as a biology student. Back then, we were told—and sometimes still are—that on planet Earth evolution is unpredictable, if not disorganized. Correspondingly the existence of any particular species is (or was) simply a matter of chance. First learning about biology, it seemed obvious to me that had conditions only differed slightly the Earth would have been home to a radically different biosphere. Indeed, it seemed entirely logical to conclude that if a meteorite had not struck our planet 65 million years ago, dinosaurs would not have suddenly become extinct and accordingly, you would not be here, reading this article today. Regardless of our wonder at the sheer diversity of living things, we had to accept that the path taken by life on Earth had been closely tied to not only the initial conditions but all the twists and turns of subsequent history. 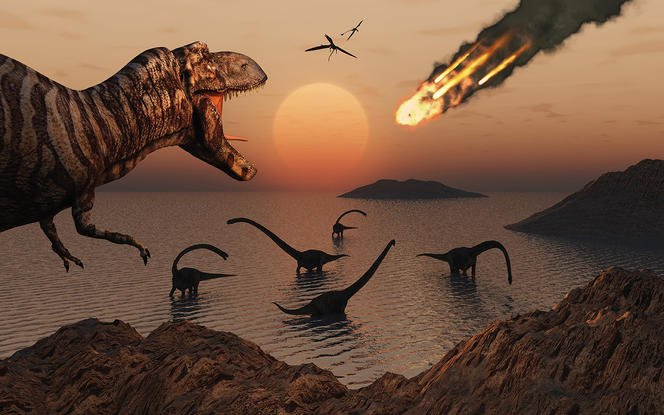 A meteorite ten kilometers in diameter hitting the Earth may have played a major role in the extinction of dinosaurs some 65 million years. 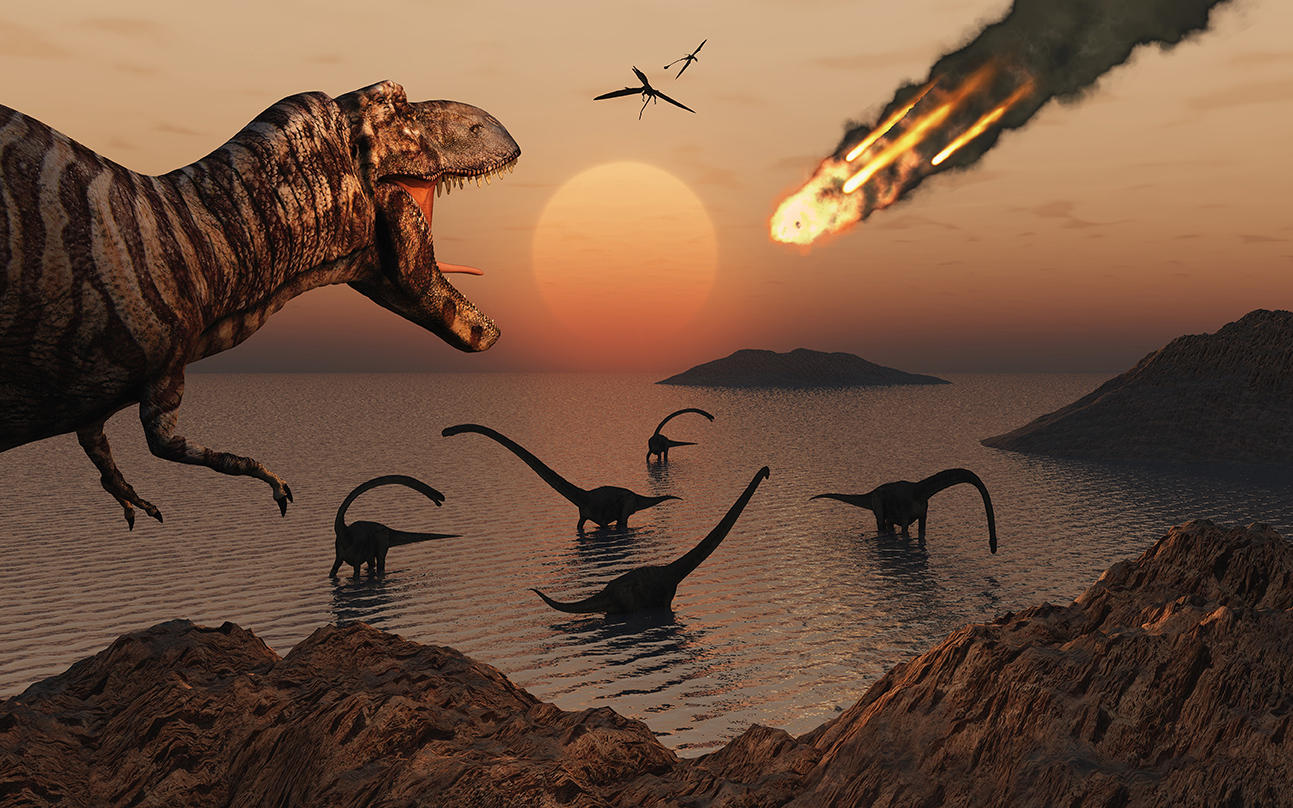 Understanding how different we would be

Of course, if we were to rewind the tape of life on Earth, slightly changed the beginning and then replay it all over again, living things would not be exactly the same as what we see today. But rather than asking ourselves whether life would be different, I think it would be more relevant (and interesting!) to try to determine just how different it might be. Of course, we only know of one history of life, so how can we be so certain that other initial conditions would have given rise to vastly different forms of life? The idea I would like to suggest here is that we don’t know how different life on Earth would have been under other conditions. From this perspective, it now becomes possible to perform experiments and make observations in a bid to shed some light on this fascinating issue.

At various times and places, and not infrequently, similar life forms have developed independently.

A careful look into our past reveals that at various times and places, and not infrequently, similar life forms have developed independently. So we see a diversity of white-coloured animals in snowy regions, ‘fish-shaped’ body forms in aquatic environments and gliding marsupials in Australia that closely resemble “flying” squirrels from America. Overall the figures are surprising: C4 photosynthesis—a special metabolic pathway that allows plants to cope with dry environments—has appeared independently more than 60 times. The same applies to eyes, and so too for mole rats with atrophied eyes and digging paws (more than 45 and 20 times, respectively). If the evolutionary process were random and closely tied to initial conditions, there would not be so many repetitions.

The paradox of repeated evolution

Recent molecular data also show that evolution repeats itself in genes and mutations. In experimental evolution trials (in which organisms are allowed to evolve in a chosen environment and the same experiment is reproduced several times), the same DNA mutations have been observed to spread within populations. Moreover, the repeated evolution of the same character in different species is often caused by mutations in the same gene. For example, the adaptation to a starch-rich diet that arose from the development of agriculture is associated with mutations in the same genes in humans and dogs.

With advances in evolutionary genetics it is now possible to determine which genes mutated during evolution—and therefore to predict, for example, that a plant resistant to the herbicide imidazolinone is most likely to have a mutation in a specific gene known as ALS. These and innumerable other examples suggest that during evolution the history of life is not as dependent on initial conditions as we might think. 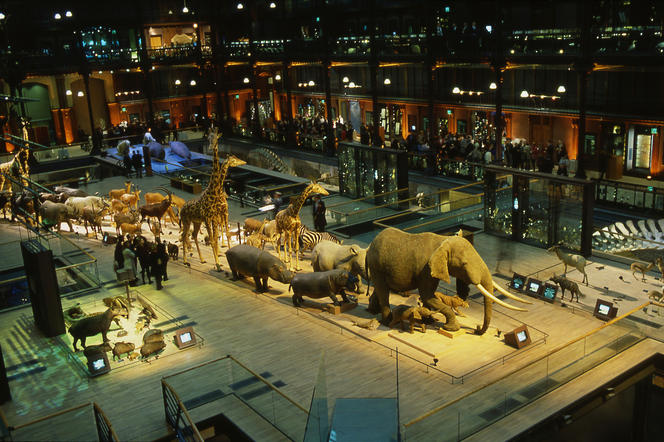 View of the caravan of animals from the African savanna in the Evolution gallery of the Muséum national d'Histoire naturelle in Paris. 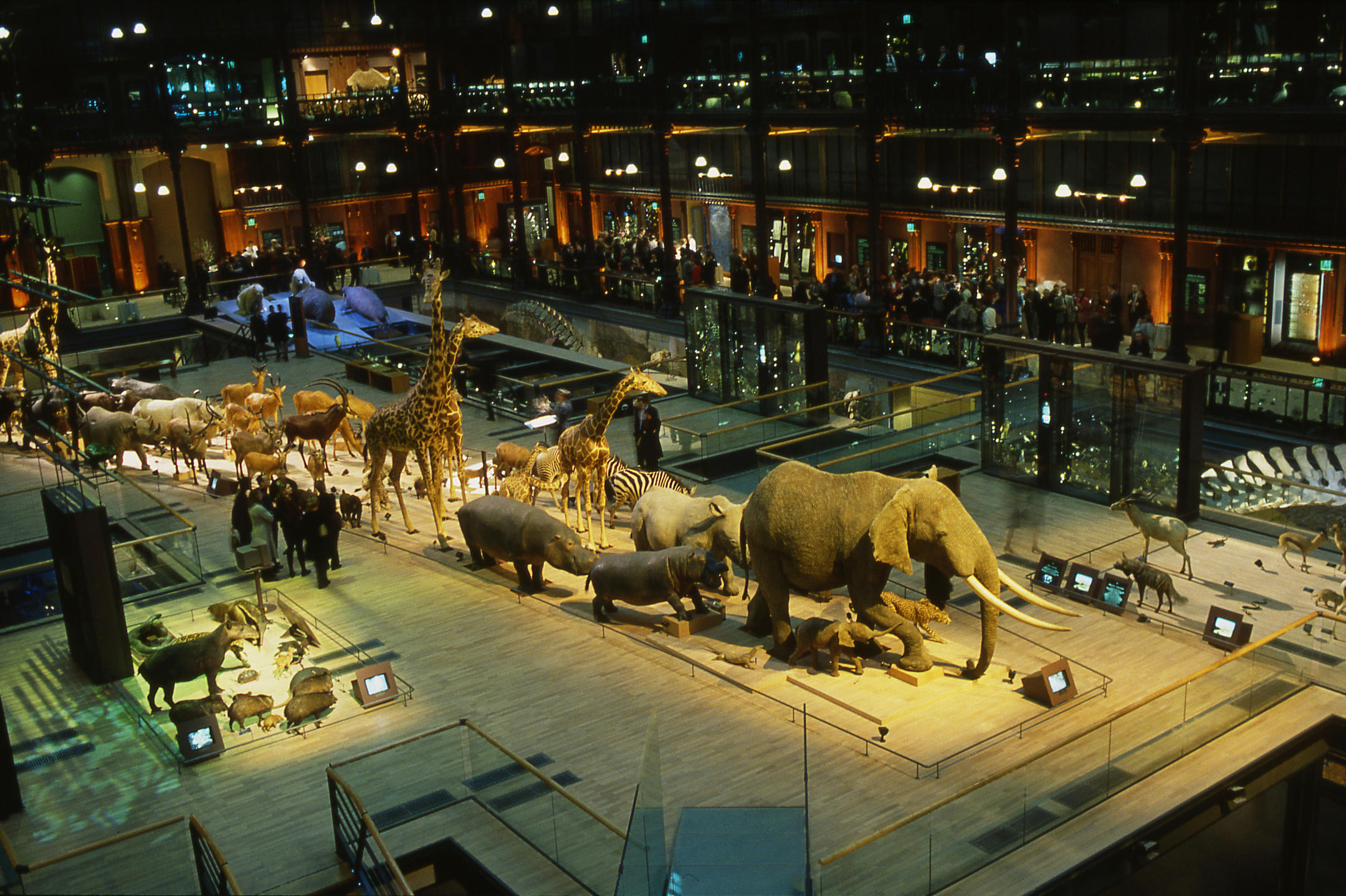 View of the caravan of animals from the African savanna in the Evolution gallery of the Muséum national d'Histoire naturelle in Paris.
P. LAFAITE/MNHN
P. LAFAITE/MNHN
Share
Share

How then can a phenomenon resulting from numerous random processes (mutations, chance meeting of eggs and sperm, meteorological incidents, etc.) be predictable? Think of it as a confectioner who has to evaluate the number of chocolate boxes that will be sold depending on the month of the year, but without knowing the individual behaviour of each of the neighbourhood customers. Time, through the accumulation of brief random processes, can generate foreseeable trends. Even though mutations are unpredictable, those that remain in populations in the long term and that are responsible for evolutionary change between species can be predicted. As for the evolution of visible characters in living things, now the challenge is to try to find new general concepts, such a wing or an eye, which can pinpoint to common themes among the diversity of biological structures, and to predict their emergence during the course of life history.

Inventing other worlds based on our world

Biological research revolves around the following issues: How and why is the living world the way it is? Traditionally, the question of why consisted of focusing on the existence of a particular structure and explaining that it (rather than nothing) had seen the light of day. More recently, a new kind of question is being addressed by biologists: Why did this particular living system appear rather than something else? Biologists have started to imagine alternative worlds.

Had dinosaurs not died out, a form of intelligence similar to our own might still have evolved.

For DNA sequences, this can be relatively simple; you just need to figure out all possible combinations with the four letters A, C, G and T. Yet things get more complicated when it comes to visible characters. There are at least three main ways of imagining other living alternative worlds: by changing a given parameter (number of limbs, gravitational constant); combining character traits (say a reptile with bat wings); or transferring a property from the non-living world to the living domain (organisms that would move around on four wheels). Whatever the route you choose, our own world necessarily serves as the basis for inventing different ones. Discovering the various paths potentially open to evolution is therefore no mean feat.

In brief, the evolutionary trajectory of life is no longer considered to be as sensitive to initial conditions as it was in the 1990s. Had dinosaurs not died out, a form of intelligence similar to our own might still have evolved. Should we go looking for creatures with eyes and a brain on the millions of exoplanets that could harbour life? Today, biology is investigating these issues and could soon provide some answers.

0
Terrorism: Testing our Connected Solidarity Previous
The Effects of Ageing on Visual Perception Next 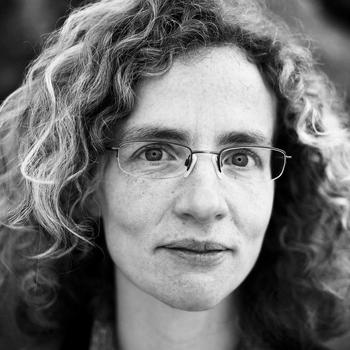 Recipient of the CNRS Bronze medal in 2014, Virginie Orgogozo is a biologist at the Institut Jacques-Monod.(1) She was awarded the Irène Joliot-Curie  "Young woman scientist of the year...