Can we Test Parallel Universes?

Can we Test Parallel Universes?

Aurélien Barrau
Schrödinger’s cat, a thought experiment in quantum mechanics, points to the possibility of parallel universes. Physicist Aurélien Barrau believes that one day, it will be possible to devise scientific tests to investigate this outlandish hypothesis!

More than a century after its discovery, quantum mechanics—which describes the behavior of physical entities at the scale of elementary particles—is still not clearly understood, despite the fact that its most disturbing predictions have until now always been completely borne out by measurement. Faced with the difficulty of giving meaning to this grand theory, we must content ourselves with simply accepting its three most important tenets. First, abandon the determinism of classical physics in favor of a probabilistic view; next, consider that many apparently continuous values, such as, metaphorically, the altitude of a person on a hill—are in reality discontinuous—comparable to the altitude of this same person in a multi-story building; and finally, accept that certain particles are in fact ubiquitous and may be present in several places or in several different states at the same time.

The strange death of the quantum cat

This ubiquitous quality stems from the most famous thought experiment in quantum mechanics, that of Schrödinger’s cat. Suppose that we enclose in an opaque box a cat and a radioactive nucleus whose decay—which, according to quantum mechanics, is a random event—triggers a mechanism that will kill the cat (a story that has always struck me as extremely cruel…). As long as no observer attempts to find out what is really happening inside the box, quantum mechanics assumes that the nucleus is in reality in a number of superimposed separate states, in other words it is both decayed and not yet decayed; consequently, the cat is at the same time living and dead… Much ink has been spilled over this paradox, and the question is far from being fully resolved. 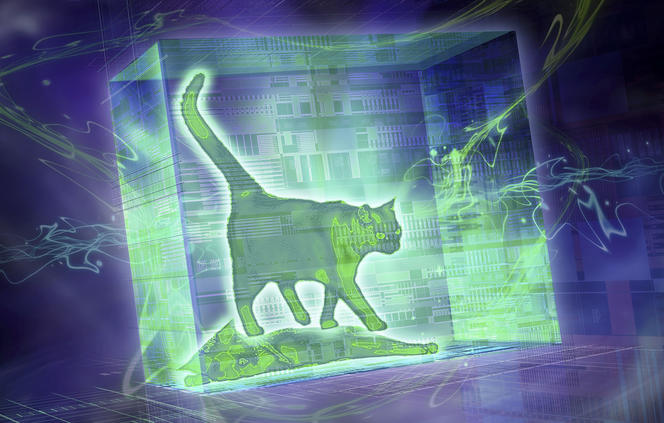 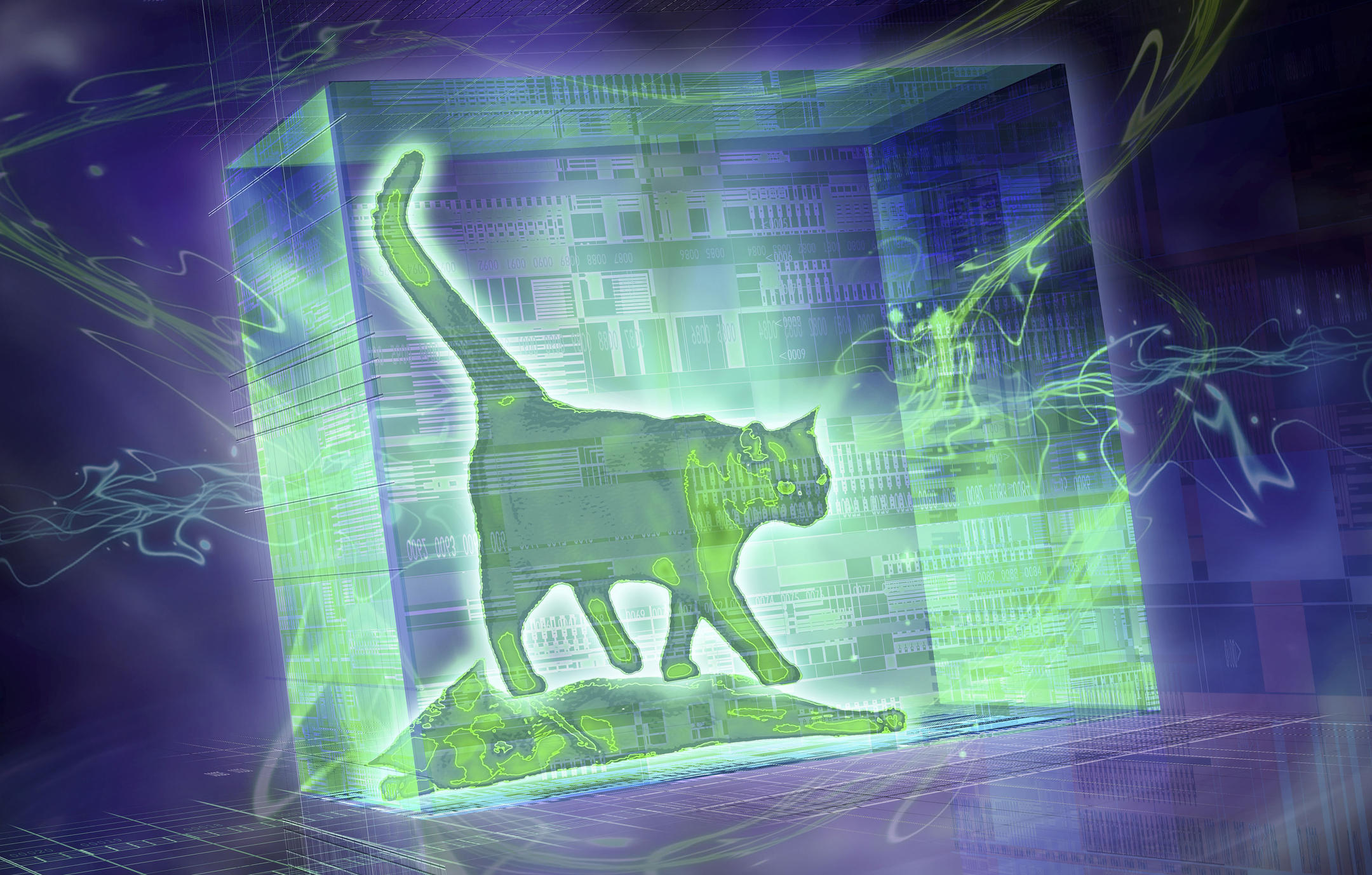 In the 1950s, a young physicist at Princeton, Hugh Everett, put forward an incredible interpretation: every interaction between a quantum system and a classical system produced a bifurcation between several parallel universes. In other words, there is one world in which the cat is dead and another in which it is alive, with these two worlds being completely real, but entirely separate! Since such events are countless, there is no end to parallel worlds. While this proposal appears entirely devoid of reason, a “survey” among theoretical physicists shows that an increasing number of them consider this viewpoint to be correct.

And for good reason: Everett’s theory of “multiple worlds” turns out to be more simple, coherent and elegant than the standard view, known as the Copenhagen interpretation, in which mathematical contortions are required to avoid the “living-dead” cat conclusion. Yet it is clear that the ultimate test would be an experiment.

According to Everett, everything that could have taken place in the past already has in another universe.

Everett’s interpretation has long been considered unverifiable, and thus more akin to metaphysics than to science. In a recent article,1 I nevertheless show—following in the footsteps of physicist Don Page—that in theory, it is not impossible to subject this interpretation to observational analysis. The idea is to find a situation in which the two interpretations lead to different predictions. Amazingly, this is not impossible. In this study, I constructed a test using the evolution of the universe throughout the first instants immediately following the Big Bang, during which time it was still described by quantum physics. 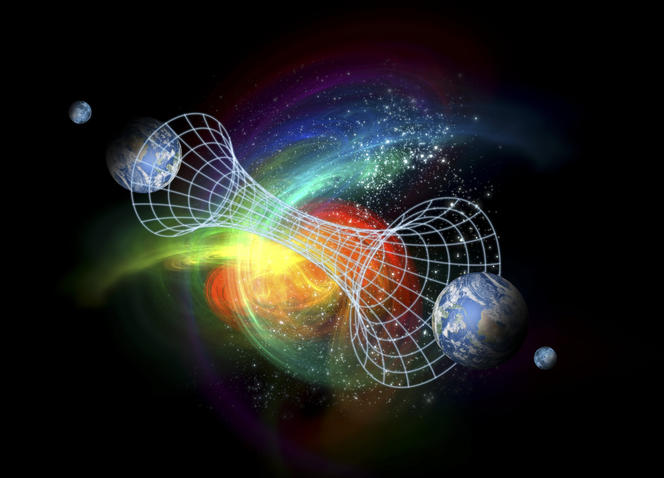 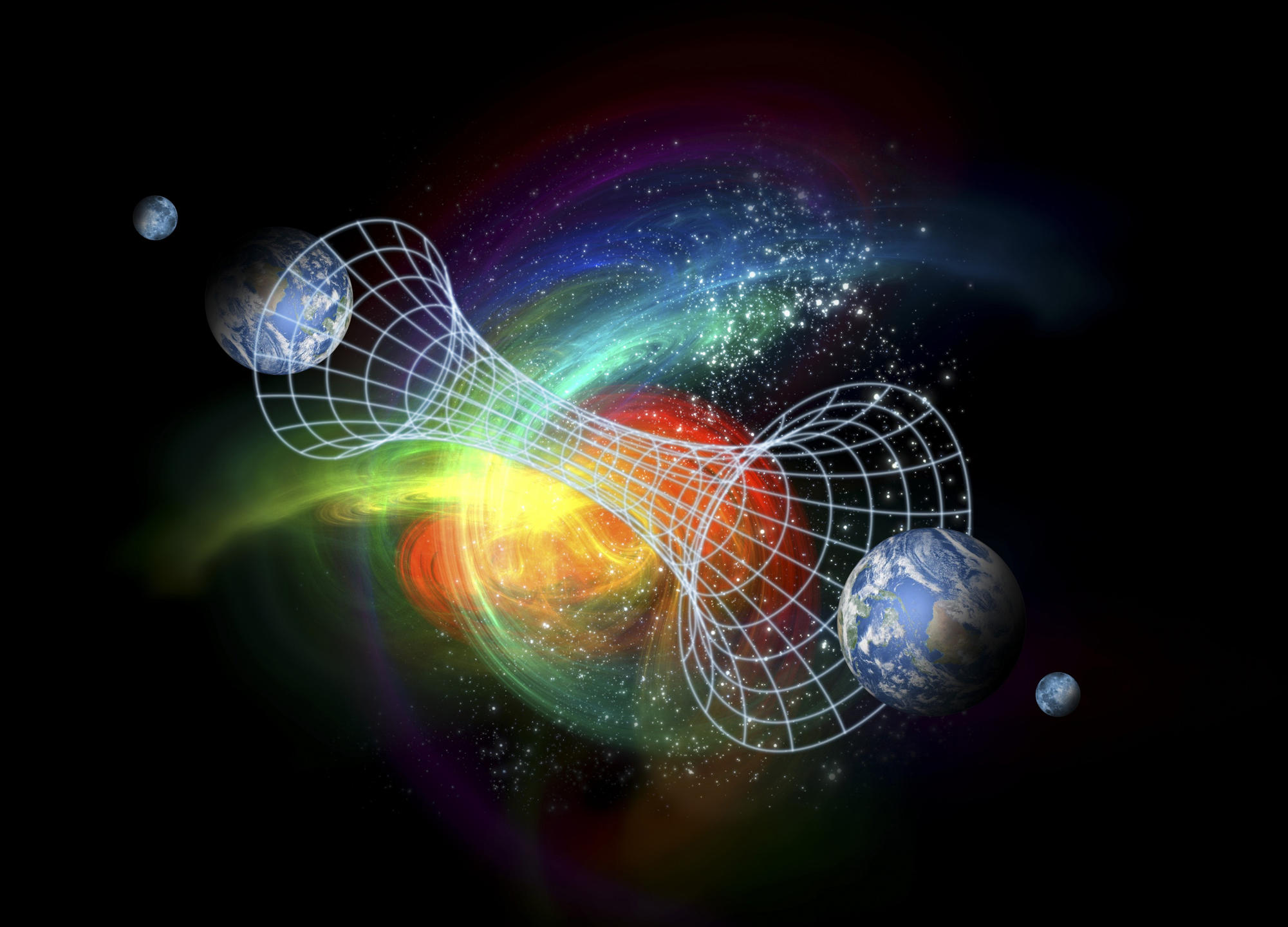 Given that different possible quantum developments of the universe result in many different observers, it becomes possible, based on the study of our world, to decide between the two views. Technically, the heart of the argument stems from the notion that improbable universes truly exist in Everett’s hypothesis (in small numbers), although in the Copenhagen interpretation, they are only (generally speaking) possibilities without any material reality.

The central idea may be understood very simply using an analogy. Let us imagine a bag containing a million black balls and only one white ball. According to the Copenhagen interpretation, all of these balls are essentially the same.

However, according to Everett’s “multiple worlds” interpretation, there could be some factor strongly favoring the white ball: for example, it would always be at the top of the pile and, for example, a billion times larger and easier to grab than the black balls. Although the two interpretations predict the same number of balls of each color, they differ with regard to predictions about which color ball would be drawn at random!

And everything that can take place in the future will occur in parallel universes.

Too early to be able to say

Thus far, the two interpretations may be readily distinguished. One ball or another is favored according to which ball is in fact randomly drawn. Naturally, the ball that is drawn serves as a metaphor of the observed universe, in other words the one in which we find ourselves. In reality, however, it is still too early to be able to construct such an experiment. But within the context of an expanding universe, a number of approaches are already starting to become clear, and certain elements tend to support Everett’s vision.

Nevertheless, care is needed with these speculative, even subversive, propositions, regarding potential tests for the existence of parallel universes. Yet I feel it is important to ask these questions, particularly as the idea of multiple universes is currently emerging in cosmology for a number of other reasons. It may be that multiple universes do not exist and merely constitute an epistemological dead end. However, it would be regrettable to simply sweep them away dismissively for three reasons. First, they are predicted by certain of our theories (in this sense, they constitute not a hypothesis but a consequence) and it would be incoherent to use such theories while neglecting the results they generate. Second, contrary to received ideas, these theories may be scientifically tested, as we have just shown. Finally, this notion could have tangible effects on physics predictions in our own universe.

0
Untangling the Jungle of VirusesPrevious
Studying Elephants’ Sleep Patterns to Understand our Own?Next 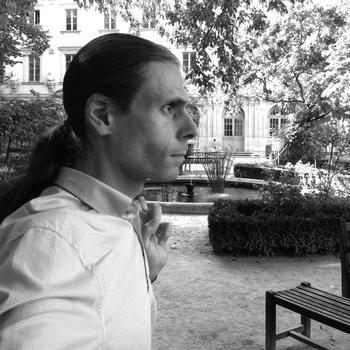