An Immeasurable Quest for Precision

An Immeasurable Quest for Precision

Noël Dimarcq and Isabelle Sagnes
Time can now be measured with dizzying levels of precision, thanks in particular to contributions from the fields of optics and photonics. The quest for ultimate precision, however, is a long-term pursuit that is far from over.

Science is not alone in being governed by measurement and accuracy. While we may blithely surf the web or let our satnav determine our position automatically via GPS coordinates, these operations require increasingly high degrees of precision when measuring time and distance. So much so that we are now in a global race to achieve ever finer measurements. Taking center stage—and the focus of scientists and manufacturers alike—is the photon, a tiny particle of light.

Historically, precision measurements of light waves have frequently gone hand in hand with great discoveries or scientific revolutions. At the end of the 19th century, studies using the Michelson interferometer were crucial for the emergence of the special theory of relativity. More recently, an interferometer of similar architecture but of gigantic size enabled the first detection of gravitational waves. These instruments—whose architecture may vary—allow the extremely precise measurement of different physical quantities, such as the rotation rate of rockets or aircraft, the deformation and mechanical stress in large structures, or terrestrial gravity field values, with applications in seismology or in oil exploration.

A second off, every 15 billion years

Of all the various types of measurement, that of time (or more accurately, the measurement of duration) has always been the most precise, thanks to the numerous contributions made by optics and photonics. For centuries, mechanical clocks could be recalibrated using observations of the light emitted by stars in the sky, making it possible to determine Earth’s orientation and thus astronomical time. Since the creation of atomic clocksFermerAn atomic clock is a clock in which time measurement is based on the frequency of a crystal oscillator controlled by atomic resonance. This is currently the most precise method for measuring time. in the mid-20th century, precision in the measurement of time has increased by an order of magnitude every 10 years, and today’s optical clocks can now achieve precision to 18 decimal places. This would correspond to a clock being off by just one second over the entire lifespan of the universe! And this increasing accuracy of atomic clocks, made possible by innovative photonic methods, did not go unnoticed: most of the inventors were awarded Nobel prizes, with numerous French scientists being co-winners, such as Alfred Kastler in 1966 for optical pumping, Claude Cohen-Tannoudji in 1997 for laser cooling and trapping of neutral atoms, and Serge Haroche in 2012 for the development of quantum processes for the control and measurement of the state of individual atoms. 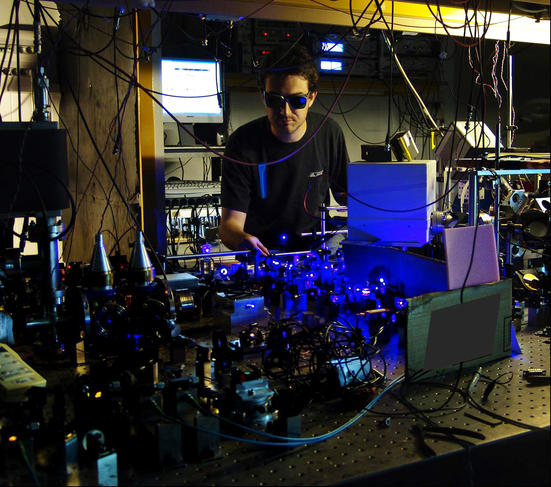 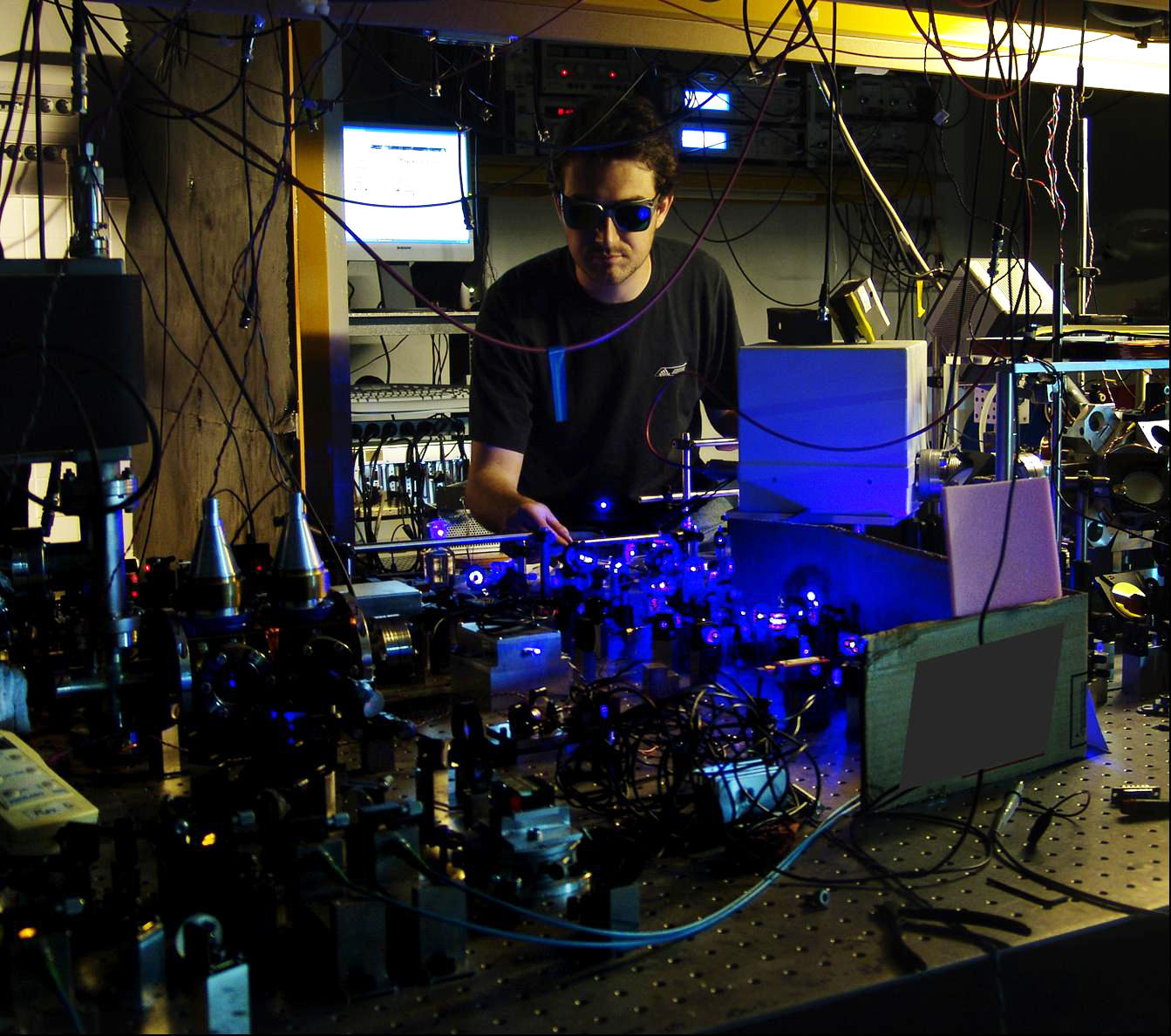 And the good news is that there is no need to wait 15 billion years to fully use the precision of these clocks in scientific experiments or in applications of great socio-economic importance. Indeed, the synchronization needs of telecommunication networks are increasingly demanding with a constant rise in traffic, but also rise in number of connected devices (an estimated 20 billion by 2020), the increasing precision needed for supporting high-frequency bank trading, energy distribution networks (smart grids), and the so-called “smart factories” based on the digital revolution (industry 4.0).

In GNSS, an error of one billionth of a second will result in a positional error of 30 cm.

Yet the application we are most familiar with today is without doubt global navigation satellite systems (GNSS).1 Here, a user’s position is determined by triangulating the distances between a receiver and the satellites within a given constellation that emit atomic clock-synchronized signals back to Earth. Given how fast these signals travel—equivalent to the speed of light—the distances are determined by measuring the time of flight (TOF) of signals between the satellites and the ground-based receptor. This application is an excellent illustration of the importance of precision in time measurement: an error of 1 billionth of a second will result in a positional error of 30 cm.

While such an error may not be as important when calculating the position of a car, it becomes more problematic when dealing with an aircraft’s landing maneuvers, or in geophysics, where precision to the nearest millimeter is needed to study tectonic plates or changes in ocean levels. This method, which consists in measuring distances from time durations, is very widely used, not just in public studies but also to accurately determine—to the nearest centimeter—the distance between the Earth and the Moon by laser telemetry. And back on Earth, another familiar application is the new ‘binocular’ laser speed monitoring device used by police. 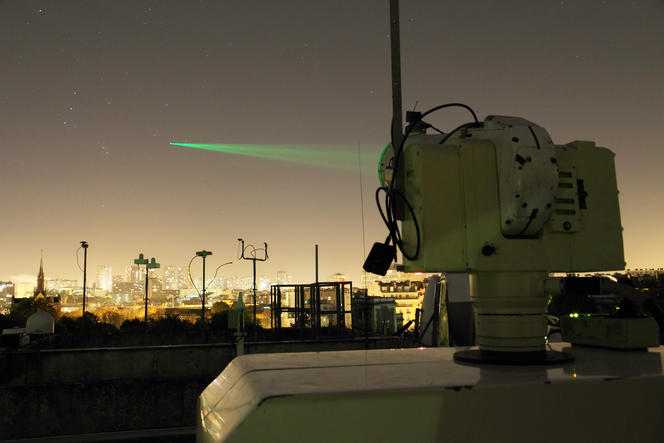 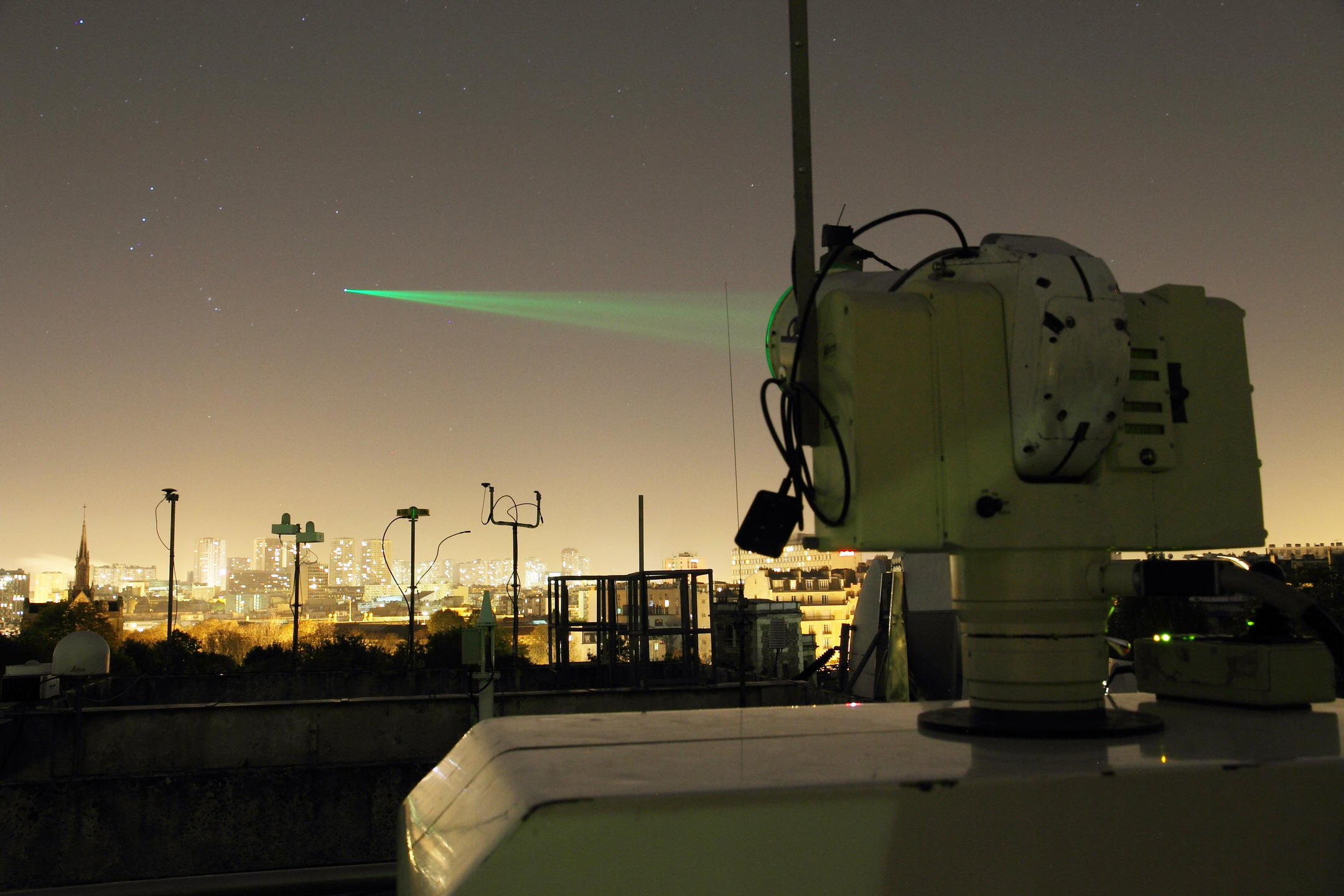 Measurement: an arbiter in the field of science

Satellite global positioning systems also provide a perfect illustration that Einstein’s theory of relativity is not for scientists alone: relativistic effects due to satellite movement (special relativity) and to the Earth’s gravity (general relativity) would result in clock drift that would—in a single day—result in positioning errors greater than 10 km. Of course, these effects are known and corrected. But Einstein’s theory is increasingly being challenged by newer ones seeking to unify the theories of quantum physics and gravity. Once again, it will be precise measurements that will act as arbiter, by seeking to detect deviations from Einstein’s theory. This could be done, for instance, by comparing ultra-stable atomic clocks operating in laboratories, and soon in space, such as the PHARAO laser-cooled atomic clock that should be fitted on the International Space Station in 2018.

All of these record-breaking precisions have benefited greatly from photonic components and systems, which improved in step with technological innovation. Today, all the devices that provide the requisite optical functions can fit in the size of a shoebox: laser sources, effective means of verifying laser beam parameters, fiber optics, etc. Twenty years ago, it would have taken up an entire laboratory. But the quest for ultimate precision is a long-term venture that is far from complete and still requires much scientific and technological progress. As the past has shown and the future will confirm: very high precision measurements inevitably lead to scientific revolutions and to breakthrough technologies that greatly impact society.

0
These Chemicals that Impair Human IntelligencePrevious
ALMA: the Universe in DetailNext 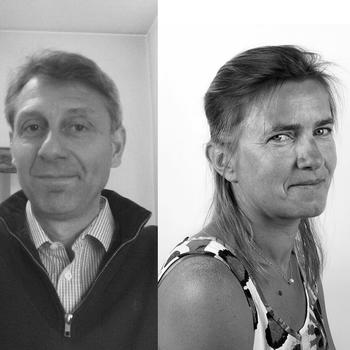