Africa Faces up to Climate Change

Africa Faces up to Climate Change

Agathe Maupin
Now that the IPCC has once again sounded the alarm about greenhouse gas emissions, how is Africa facing up to the problem? Geographer Agathe Maupin assesses the situation and takes a look at potential solutions. Meanwhile, South Africa has recently hosted a conference on the issue.

Held in September 2014 at the initiative of UN Secretary-General Ban Ki-Moon, the New York Climate Summit successfully met its two main targets, namely, to send a strong political signal about the need to reach an ambitious agreement in 2015, and above all, to show that economic, financial, institutional and civil society stakeholders can provide wide-ranging solutions to meet or exceed government commitments. After more than twenty years of debate, action is long overdue. To this end, a conference on climate change in Africa1 was held last November in South Africa.

Initiatives in Ethiopia and South Africa

Although Africa, with 15% of the world's population, currently produces less than 5% of global greenhouse gas emissions, the continent will be heavily affected by climate change. Most African countries are emerging, which makes them more vulnerable. If global emissions continue to rise, droughts, or alternatively floods, are likely to become more frequent, and in the absence of effective management, will lead to increased famine, migration and even conflict. Africa comes second only to Asia as the continent with the greatest number of people displaced for such reasons, while Nigeria is the most affected country, with more than six million refugees. How can African nations, for which the expression "sustainable development" is of particular relevance, manage to reconcile economic development and environmental protection, while taking into account climate change? Various solutions are being put forward to answer this question, based on innovations, good governance practices, or increased cooperation between two or more countries.

Droughts and floods are likely to become more frequent, leading to increased migration.

An initiative by several partners2 dubbed "the New Climate Economy" is meeting with increasing success in countries such as Ethiopia and South Africa. This approach seeks to achieve sustainable economic growth while combating risks related to climate change. Based on an analysis of all these risks, a report, published in September 2014 and chaired by the economist Nicholas Stern, shows that urban management, land and water use, and energy systems have the potential to bring about a transition to sustainable economies. However, three conditions are essential for this transition: improving resource use efficiency; investing in infrastructures; and promoting innovation. The challenge for Africa is to secure adequate resources not only to implement this three-pronged strategy, but also to maintain it. 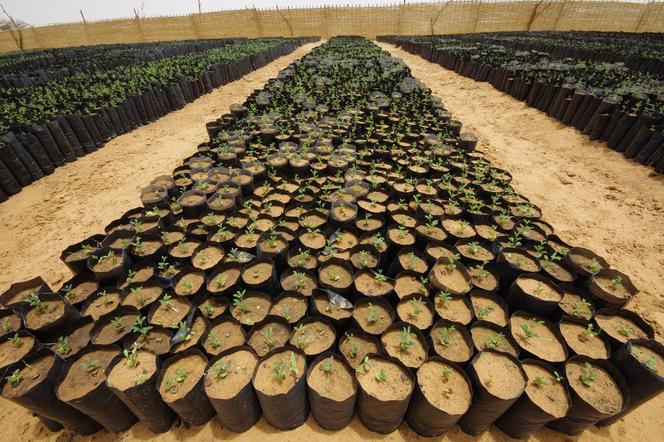 Acacia seedlings are laid out in tree nurseries before being planted in plots in the Great Green Wall during the rainy season. This 7 000 km-long belt of vegetation stretching from Dakar to Djibouti should help to fight desertification. 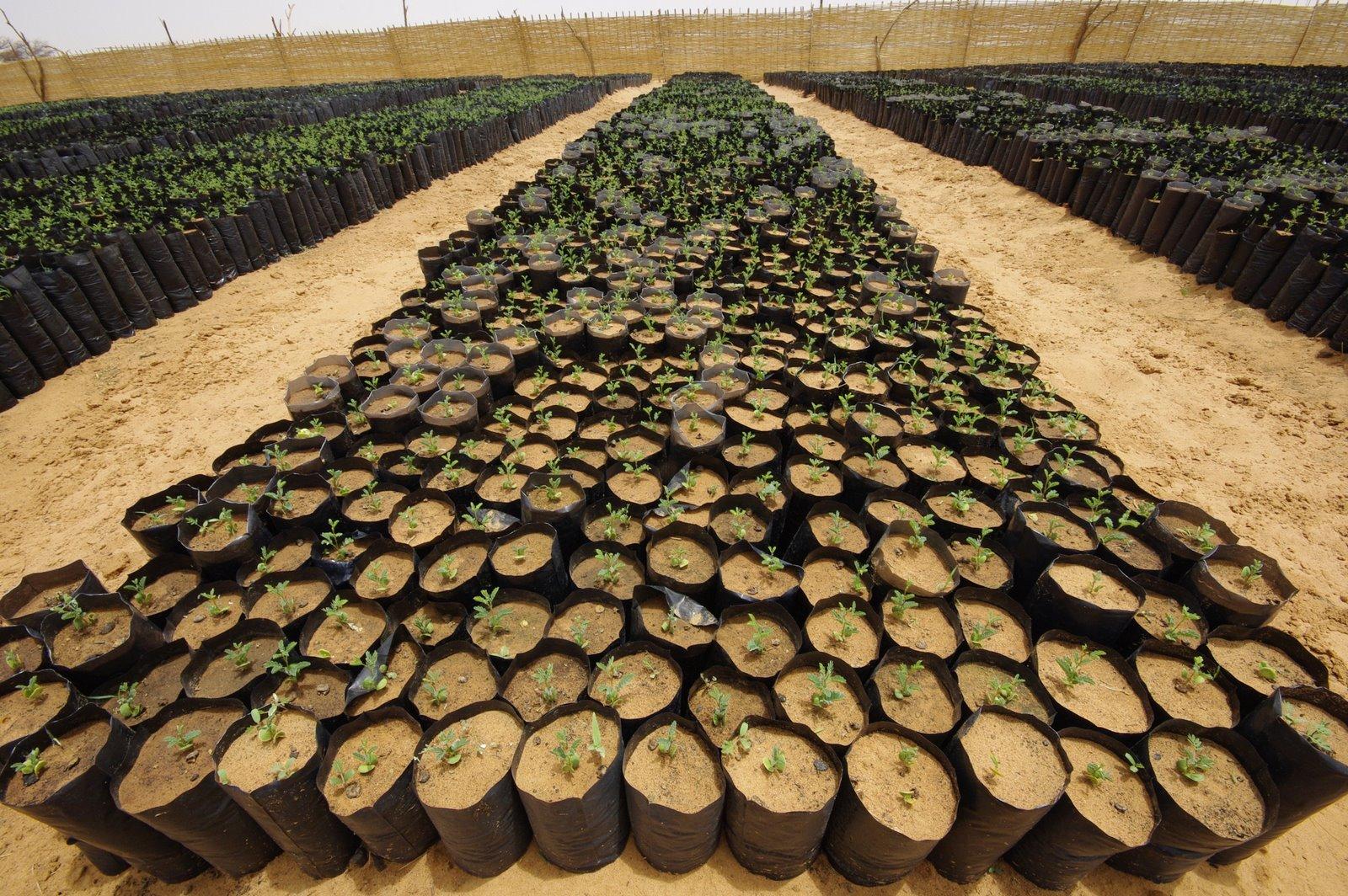 Another priority is to ensure greater protection for Africa's ecosystems and natural resources. Deforestation and desertification have long been the focus of attention in that continent, giving rise to specific international agreements such as the United Nations Convention to Combat Desertification and the Convention on Biological Diversity. However, climate variations will also affect the 26,000 kilometers of Africa's coastline and 38 countries that have access to the ocean. Based on scenarios for rising sea levels and higher wind speeds and temperatures, the effects of climate change on Africa's marine and coastal resources have already been identified and are likely to intensify. Increased coastal erosion and water levels are a threat not only to the populations that live along the coasts and in deltas, but also to ecosystems. Global temperature variation also alters the salinity, and hence the density, of the oceans: its impact on coastal ecosystems and on fisheries cannot be ignored, and will lead to a reduction in the number of species or even to their disappearance. The oceans and coasts are therefore the focus of interest in Africa, reflecting the scope of their influence, which ranges from climate regulation to their socio-economic role.

In addition, public authorities are considering other, more targeted measures. On the one hand, mitigation tends to concentrate on the reduction of greenhouse gas emissions per se, through national and regional quantified reduction commitments, as well as through technological innovations such as so-called "clean carbon" capture and storage. South Africa, for example, plans to reduce its emissions by 15% by 2020, and 40% by 2030, to reach 54% in 2050.3 On the other hand, adaptation covers a wider scope of possibilities, and is undoubtedly the focal point of the negotiators of the Africa Group within the UN Framework Convention on Climate Change and COPs. Proposed solutions target every economic sector and its associated resources, and are principally based on the climate change scenarios put forward by the Intergovernmental Panel on Climate Change (IPCC). 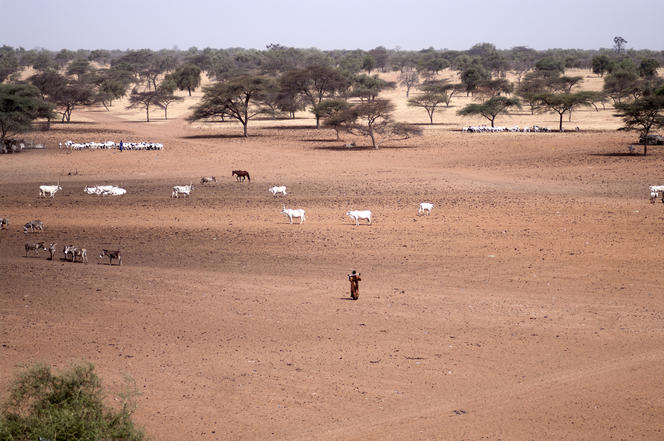 The dry season in the region of the Widou Thiengoli borehole in northern Senegal. Annual climate variability is the main environmental pressure on the populations of the Sahel. 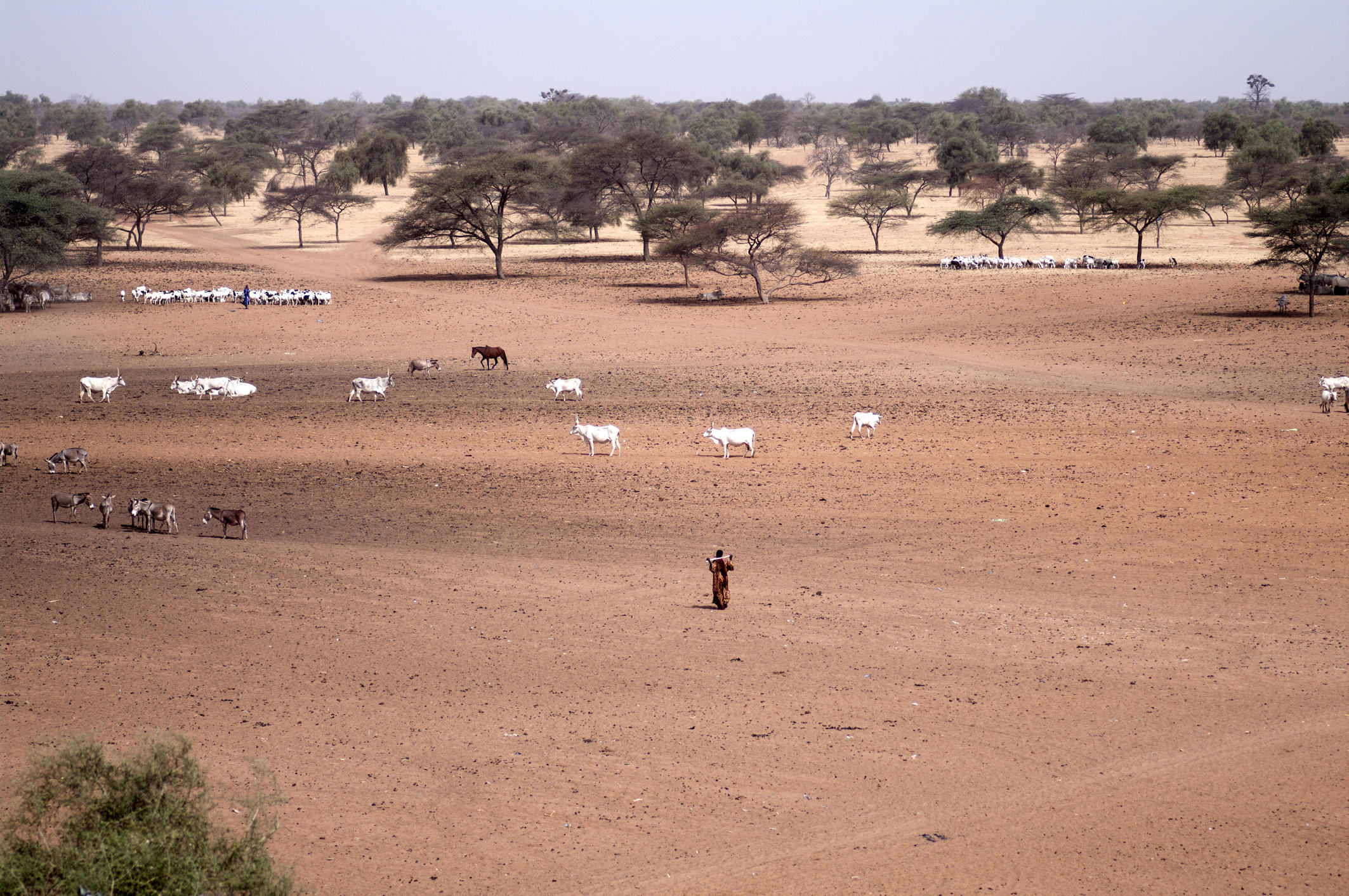 The twin challenge for African cities

Adaptation measures are then implemented at every level. "Sustainable city" initiatives are probably the most visible, bringing together municipalities from several continents in various groups, such as C40, a network of some of the world's largest cities.4 Those in Africa, which drive remarkable growth and act as hubs of globalization, face a dual challenge. They have to meet multiple needs (access to water and energy, transportation), while at the same time preserving the environment, which makes urban planning even more difficult.

In the agricultural sector, the adoption of "climate-smart agriculture" enhances productivity while stressing the importance of resilience. This allows the introduction upstream of practices that help manage climate variations, and in particular interactions with other resources (sun, water and energy). For example, systems have been designed that simultaneously produce food and energy, while limiting water consumption. In the Democratic Republic of the Congo (DRC), tree fallows are being improved by planting legumes whose roots and microorganisms fix more nitrogen from the air, thus improving soil quality for the production of both food and firewood. Such types of mixed food and energy crops meet the food and energy requirements of the populations of peri-urban and rural areas. Regional approaches also point to sustainable solutions in certain sectors. For instance, clean energy corridors in Africa could interconnect the electricity grids of the continent's regional groupings with those of individual countries, while diversifying their energy mix. These corridors would rely on existing interconnections between Africa's five power pools.

In the Democratic Republic of the Congo (DRC), tree fallows are being improved by planting legumes whose roots and microorganisms fix more nitrogen from the air.

As well as international intervention through multilateral commitments, relaying intentions, policies and actions at the national level, structural changes are also of fundamental importance. The removal of subsidies for fossil fuels and other agricultural inputs, the inclusion of a carbon price, especially with the aim of including climate-related costs in decision-making processes, in short, a genuine green transition of the world's economies, is essential to reverse the trend initiated in the past few years by development pathways disconnected from environmental realities. The rapidly-developing African continent lies at the heart of the climate debate, which not only involves examining the responsibility of governments and citizens in the past century, but also calls for rethinking development and, further than that, the central role of technological innovation in the future of our societies. 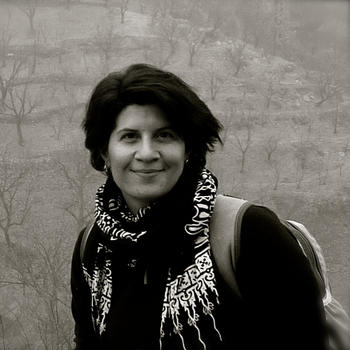