Home / Opinions / A Universal Law May Govern all Living Beings

A Universal Law May Govern all Living Beings

Home / Opinions / A Universal Law May Govern all Living Beings

A Universal Law May Govern all Living Beings

Michel Loreau
Despite the infinite diversity of life, a great many of the most important characteristics of living species, such as growth and metabolism, are governed by universal laws — but not as previously thought. This is the intriguing conclusion reached by an international research team including the ecologist Michel Loreau.

The diversity of life is awe-inspiring. However, while biologists tend to focus on the multitude of species and how they live, what unites them may at times be more interesting than what sets them apart. In the era of “big data” and its deluge of information, this diversity can now begin to be perceived as a whole, discerning universal properties common to all creatures large and small.

The laws of scale

It was already known that there exist simple mathematical laws that correlate an organism’s body mass to some of its most fundamental characteristics, such as its metabolismFermerAll of the chemical reactions that take place within a living being, enabling it to sustain life, reproduce, develop, respond to external stimuli, etc., growthFermerIt encompasses each individual’s growth during its development and reproduction., mortalityFermerIt corresponds to the ratio between the number of deaths and the average size of the population of a species. and abundanceFermerTotal number of individuals of a species per unit of space.. Within the broad taxonomic groupsFermerGroups used to classify and describe living organisms based on common traits. For example, there are seven kingdoms (animals, plants, fungi, bacteria, etc.), each divided into phyla, which in turn are divided into classes, then orders, families, genuses, and finally species. The description and classification of a cat would be: animal (kingdom), chordate (phylum), mammal (class), carnivore (order), felidae (family), Felis (genus), Felis silvestris (species). of living things, these characteristics are linked to body mass by a power law whose exponent often nears ¾. An organism’s metabolic rateFermerIt is generally defined by the quantity of energy consumed per unit time and depends on the size, weight, age, etc. of the organism. For a human being, it amounts to approximately 1,200 to 2,000 kilocalories per day, which must be supplied by food intake. therefore increases in proportion to its body mass raised to the ¾ power, which means that metabolism does not grow as rapidly as mass. These are the laws of scale, which have fascinated evolutionary biologists and ecologists for decades. However, the links between the four fundamental features of organisms (metabolic rate, growth rateFermerThe rate used in the article published in PNAS corresponds to the maximum growth of the biomass of a species per individual and per unit time. For example, for a hen it would be the growth of its body mass over one year plus the mass of the eggs that it lays during that time period., mortality rateFermerThe mortality rate of a species corresponds to the inverse of its average life span. and abundance) had never been studied systematically and in conjunction across all living beings. 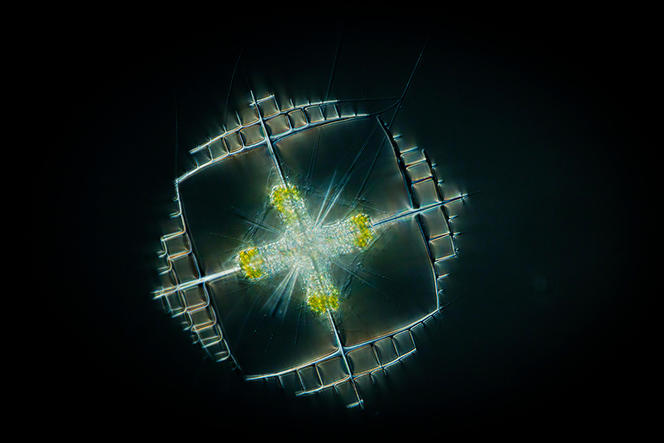 This microorganism, a protist with a star-shaped skeleton, is governed by simple mathematical laws, like all animals, plants, fungi etc of all sizes on our planet. 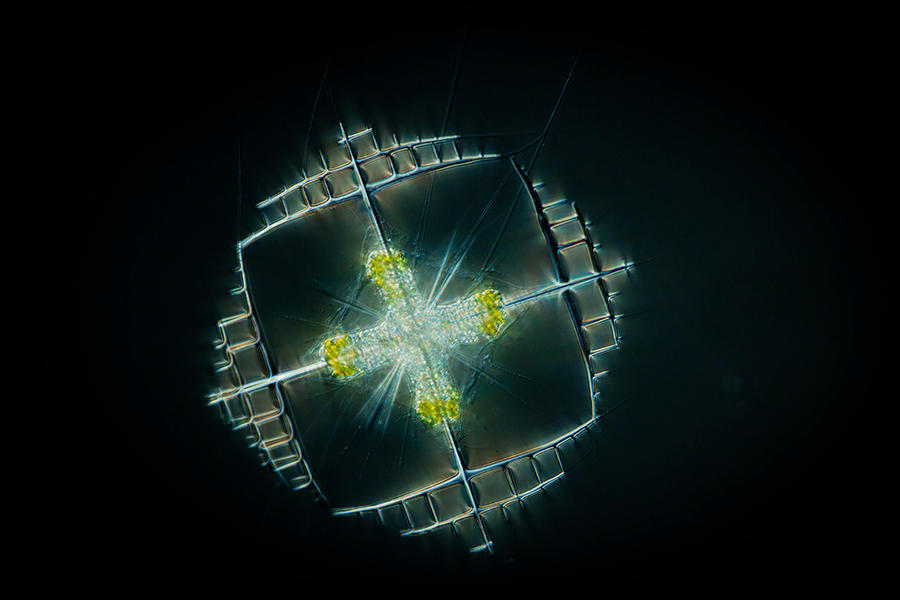 With my colleagues at the Autonomous University of Barcelona (Spain), Princeton University (US) and Charles University (Czech Republic), we have for the first time assembled data from several thousand studies on thousands of species spanning all forms of life (animals, fungi, plants, bacteria). Our findings, published in the journal PNAS, confirm that, despite the immense diversity of life, quite a few of its most important traits comply with universal laws that link the species to their body mass, from the blue whale down to the tiniest protists. These simple relations are surprisingly strong, and reveal unexpected correlations that had not been fully appreciated before.

For example, the product of an organism’s metabolic rate and its abundance is independent of its body size, which means that the cumulative metabolism of all organisms of the same species is more or less constant, regardless of their size.

While they confirm and generalise universal laws that had already been demonstrated or foreseen in the past, the results of our study also pose a strong challenge to one of the most eminent theories of ecology, called the “metabolic theory of ecology”. This conjecture has provided experts with one of the most basic frameworks for understanding the links between a species’ main demographic and functional characteristics and its body mass. It is founded on the idea that an organism’s metabolic rate is determined by the acquisition and use of available resources, which thus constitutes the primary limit of many other essential features, including the speed at which the organism can grow and develop.
Yet one of the main conclusions of our study is that actually, the opposite is true: an organism’s growth rate seems to control its metabolism. Indeed, growth rate is linked to body mass by a scaling law with an exponent of ¾, and this relation is remarkably constant across all taxonomic groups. On the other hand, metabolic rates comply with this law only within each major group — and not in the case of individuals from different taxonomic groups. Ultimately, it seems that growth, and not metabolism, is the key biological constraint governing the large-scale patterns of life.

Given that growth forms the basis of all biological and ecological processes, from the development of cancerous tumours to the production of our biological resources, the global carbon cycle and the dynamics of populations, understanding the factors that determine the growth of living systems could be of vital importance.

Everywhere you look, whatever type of living system you think of, they all seem to comply with the same law of growth. While we do not yet know which biological constraints underlie this universal law, we do know that it has far-reaching implications. It offers a new perspective on the most fundamental characteristics of life, and on the extraordinary unity that permeates the diversity of living organisms.

0
Exercise is Good for You, it's a FactPrevious
"Innovating also Means Improving Living Conditions" Next 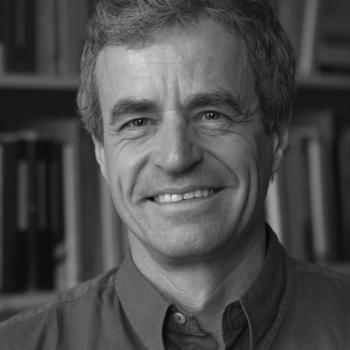