Home / Opinions / A Common Treatment for Addiction and PTSD

A Common Treatment for Addiction and PTSD

Home / Opinions / A Common Treatment for Addiction and PTSD

A Common Treatment for Addiction and PTSD

What if we tried to heal both Post Traumatic Stress Disorder (PTSD) and drug addiction by acting on memory? This is the new approach that we propose on the basis of our recent research,1 which is based on the many similarities between PTSD and dependence on substances such as alcohol or cocaine. Both pathologies are characterized by the reactivation of pathological memories, which makes them malleable and allows us to intervene by adding new information. 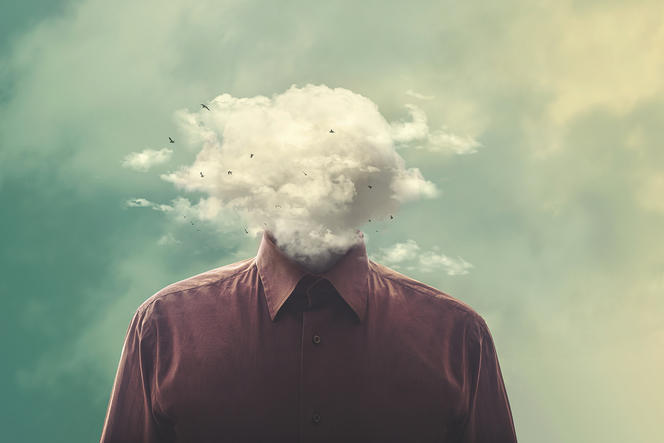 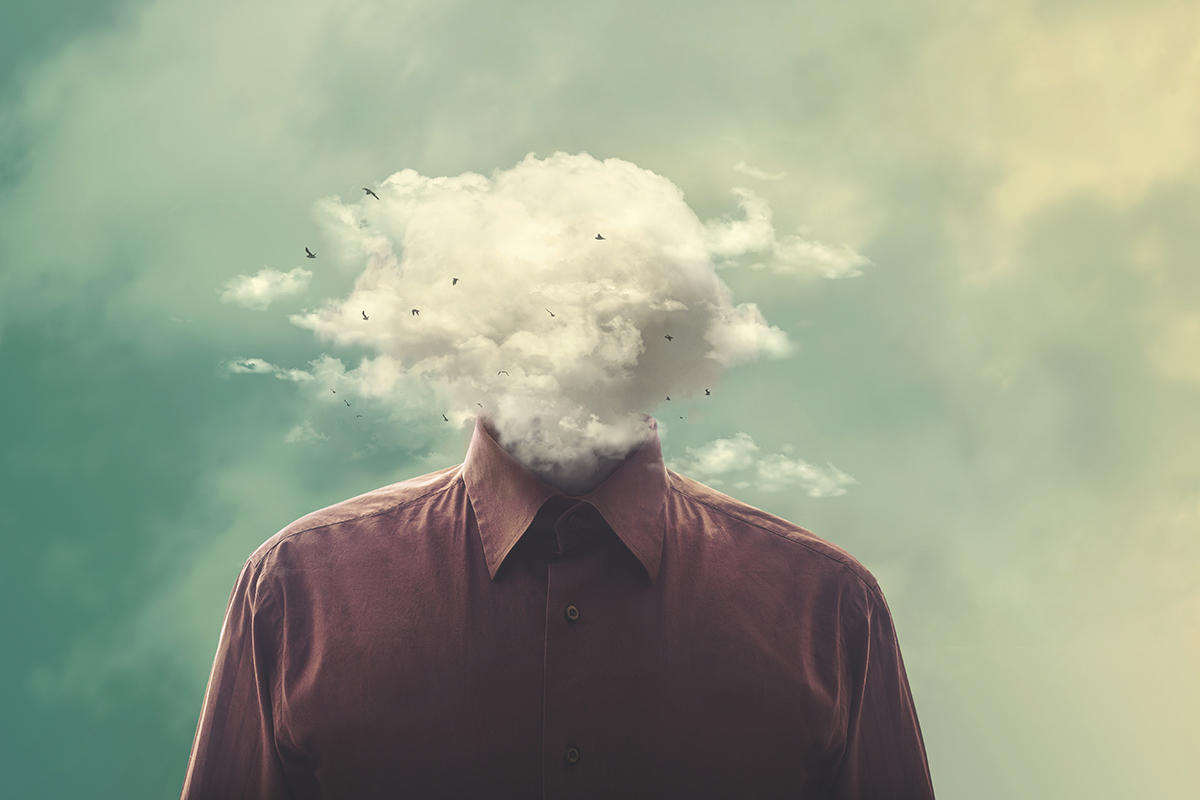 There are many similarities between drug addiction and PTSD. Both develop only among certain subjects exposed to extreme and opposing events that can broadly be described as highly negative (trauma) and highly positive (drugs). The factors of predisposition are markedly the same: disadvantaged social background, early trauma, and genetic factors. In addition, numerous symptoms are identical, including sleep and attention disorders, social withdrawal, anxiety, depression, and affective numbing. Furthermore, these pathologies are characterized by a high rate of comorbidity (the combination of two illnesses has been observed in nearly 40% of cases).

While these two pathologies are not expressed in the same way, they could have a common physiological origin. They are both characterized by a hypersensitivity to cues (such as the places, objects, and persons associated with the trauma or drug use). These cues are known to reactivate memories that take the form of flashbacks for PTSD or craving for the drug. These repeated reactivations, which are characteristic of both these pathologies, could be behind their many shared symptoms. 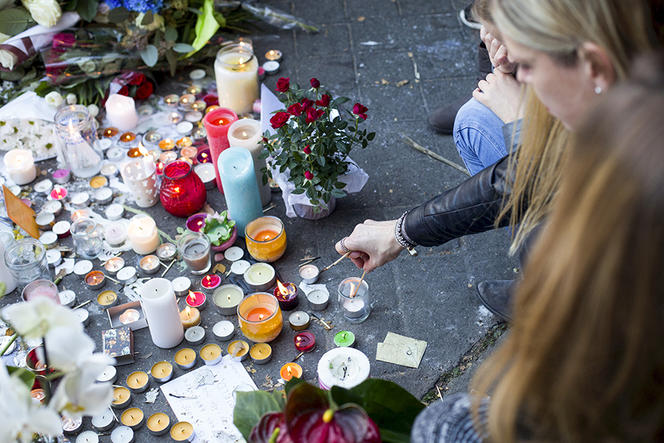 Ceremony in front of the Bataclan commemorating the victims of the Paris attack, 15 November 2015. 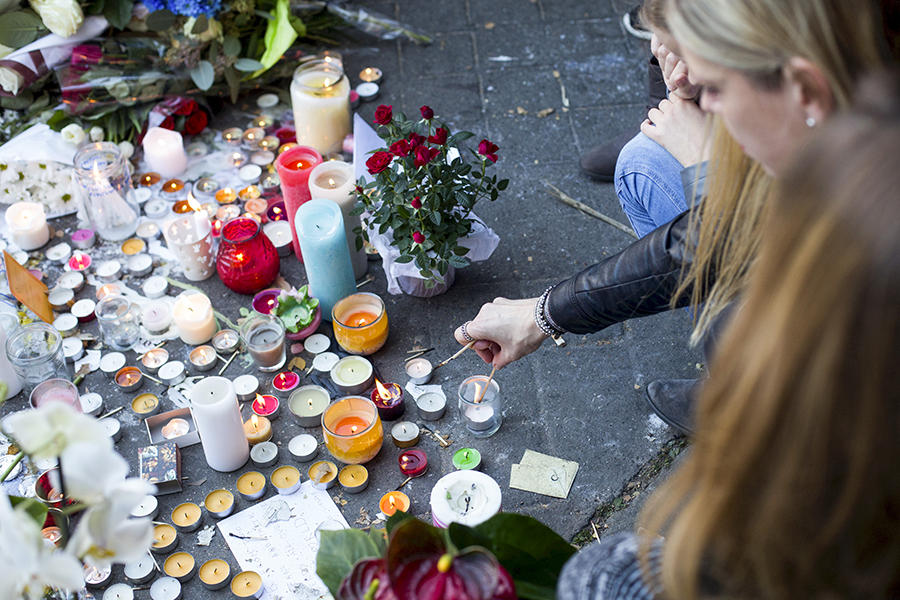 As proposed by Jean-Pol Tassin2 in the case of addiction, we suggest that exposure to an extremely intense trauma has the same effect as taking a psychoactive substance, and that it ruptures monoaminergic systemsFermerNeural networks involved in the regulation of emotion, vigilance, and memory. They use certain biochemical molecules called monoamines (noradrenaline, serotonin, dopamine, etc.) as neurotransmitters. of self-control, notably those involving noradrenaline and serotonin, which have a major effect on the reactivation of memories. We showed in particular that the resulting decoupling prompts a hypersecretion of monoamines that could be behind the well-known hypersensitivity to the cues described earlier.

These recent concepts surrounding PTSD and addiction have led to new therapeutic approaches for these two pathologies, for which no specific treatment exists. For that matter, they are generally treated in the same manner: an anti-depressant accompanied by cognitive behavioural therapy that is often the same, but whose effectiveness is restricted over time, failing to prevent frequent relapses even after periods of remission or long periods of abstinence.

The first approach has already been successfully explored on mice by Tassin's team. It involves an artificial recoupling of monoaminergic systems by delivering agents that inhibit the hypersecretion of these monoamines.3 The second approach, based on emotional  remodeling, is the technique that was developed on animals.

The principle is based on the malleability of reactivated memories and their capacity to integrate new information. It involves placing subjects in a state of well-being and confidence through the administration of a pharmacological treatment that highly reduces their emotional reactivity. Subjects are later exposed to cues closely linked to the trauma in order to induce—according to our theory—the reactivation of the memory. The pretreatment reduces the emotional component of the reactivated memory.

Thanks to the malleability of the reactivated memory, this reduced emotional component will then be integrated within the memory, thereby reducing its pathological character. When updated this way, the memory has been well and truly modified. This emotional  remodeling has already stopped PTSD-type symptoms in rats who were pretreated with amphetamine or ocytocin.4 Thanks to a collaboration with Charles-Siegfried Peretti, who heads the Department of Psychiatry at Saint-Antoine hospital in Paris, highly encouraging data was recently obtained using this treatment with patients addicted to cocaine,5 and studies are underway with subjects suffering from PTSD.

Emotional restructuring can explain the effectiveness of various treatments such as Eye Movement Desensitization and Reprocessing (EMDR), hypnosis, Neuro-linguistic Programming (NLP), and possibly even psychoanalysis, whose mechanisms still remain unexplained. All of these treatments adopt a comparable scenario: a relationship of trust with the patient that helps them achieve a state of relaxation and well-being, in advance of the reactivation of the pathological memory. Emotional restructuring makes it possible to strengthen this effect through a pharmacological agent (we have shown the effectiveness of amphetamine, oxytocin, and to a lesser degree propranolol, although any agent inducing a relaxed and positive state is a potential candidate). This treatment based on new conceptions of memory is simple to implement, cost effective, and could be of interest to many pathologies such as phobias, anxiety, and eating disorders, thereby raising new hopes that should quickly be explored. 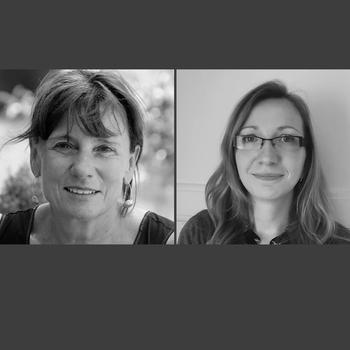