Jean-François Ghiglione, scientific director of the "Tara Océan Microplastiques 2019" mission. Photos taken during the 2014 mission.
N. Pansiot / Fondation Tara Océan
Share
Share
On 23 May, the Tara Ocean schooner will leave Lorient for a six-month expedition in European estuaries. On board, 40 scientists will be tasked with assessing the concentration of plastic waste swept along by rivers, and the impact it has on sea organisms. A closer look at the project with Jean-François Ghiglione, a microbial ecotoxicologist at the Observatoire Océanologique de Banyuls.

This is your sixth trip aboard Tara, but this time, after the seas and oceans, you are navigating inland up rivers. The objective is to conduct a European inventory of plastic waste in rivers. How did this project come to light?
Jean-François Ghiglione:1 This campaign follows that of 2014 in the Mediterranean, which notably showed that it is the world's most impacted region in terms of plastic pollution. In ten years of research, we have shown that these microplastics were present in all oceans, including polar areas. In the face of such dispersion, both oceanographers and sailors know that cleaning the ocean is impossible. We must act ahead of time on rivers, for we know that 80% of plastic waste in the sea comes from land, transiting via rivers. We estimate that eight million tonnes of plastics are discharged into the sea each year. Learning more about pollution sources is therefore a priority if we want to combat this scourge and take drastic measures on a European scale.

On the left, bringing the Manta net back up, which is used to harvest microplastics; on the right, example of the waste collected in the Manta net after just 1 hour in the Mediterranean. Photos taken during the 2014 mission.

Did no such studies on plastic waste in European rivers already exist?
JF. G: We only have fragmentary studies on the topic. Recent research has shown that we are underestimating the plastic waste that is present, especially because we are not taking microplastics into consideration. The latest research conducted by our English colleagues on the Thames surprised us all, revealing that 66% of the waste present in the river were microplastics. We had previously thought that plastics fragmented in the sea, under the effect of UV or waves. How and where do they fragment? Among other things, this is what we are trying to understand, as these particles measuring less than 5 mm pose the greatest threat as they enter the entire food chain. During this mission we will study the sources and mechanisms for the pollution-dispersion of microplastics from land to the sea, in addition to its impact on marine biodiversity. Samples will be collected from the land-sea continuum: a few km from the coast, in estuaries and rivers, upstream and downstream from major cities such as London, Lisbon, or Hamburg...Fifteen French laboratories will be involved in the project.

You are starting with the Thames estuary, then the Elbe, Rhine, Seine, Loire, Gironde, Tagus, Ebro, Rhone, and Tiber rivers. How did you define the circuit?
JF. G: We chose ten major rivers in Europe that had already been the subject of research, and had previously been studied by either a French or foreign research team. We will quantify the waste, characterise it, and identify its origin. If we find a great deal of PVC residue we will know it comes from drainage pipes; if it's polyethylene terephtalate, the origin is plastic bottles; and if it’s expanded polystyrene, it comes from packaging. Once we have collected all of this data, we will modelise it for all ten rivers studied, and thanks to currentology we will identify its future trajectory, which is to say how much and what type of waste will later be found in nearby beaches or along the coast.

We know that near major cities, river water and the microplastics within it contain numerous pollutants. Will you conduct research on this subject?
JF. G: Yes, that is the second component of our research, studying the impact that the pollutants attached to these microplastics have on marine biodiversity. Plastics act like sponges, they absorb everything, including hydrocarbons and pesticides. One month before Tara passes through, we will install cages containing mussels both upstream and downstream from large estuary cities, in order to compare the two results. These animals are good bioindicators, as they filter and capture these pollutants. We will also analyse the presence of these toxic substances in the organs of other species, in different locations in the river and offshore from the estuary.

And then there are all these additives such as phthalates or bisphenol A, which are also part of the composition of these plastics...
JF. G: This is part of our mission, we will analyse them. We know that when they are ingested by fish, these endocrine disruptorsFermerChemical products that can interfere with the activity of our hormones, thereby harming our health. For example, they can reduce fertility, provoke obesity, trigger precocious puberty, or lower IQ. Many of them (bisphenol A, paraben, etc.) were or are still used in everyday products. affect their development and reproduction. Studies about the impact that these substances have on the perception of the environment are also underway in our laboratory. The goal of this expedition is to clarify the role these microplastics play in diffusing and transporting these pollutants and toxic products in both freshwater and salt water, and to look for a possible chemical cocktail effectFermerThe harmful health effect that the interaction of numerous chemical substances (medicine, pesticides, endocrine disruptors, etc.) can have collectively, without any of them being harmful in isolation. on the fauna. 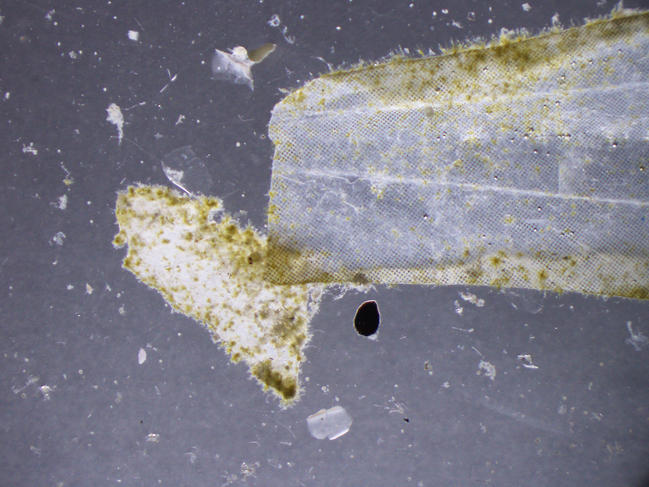 The "plastisphere" defines the great diversity of organisms that live on plastics. 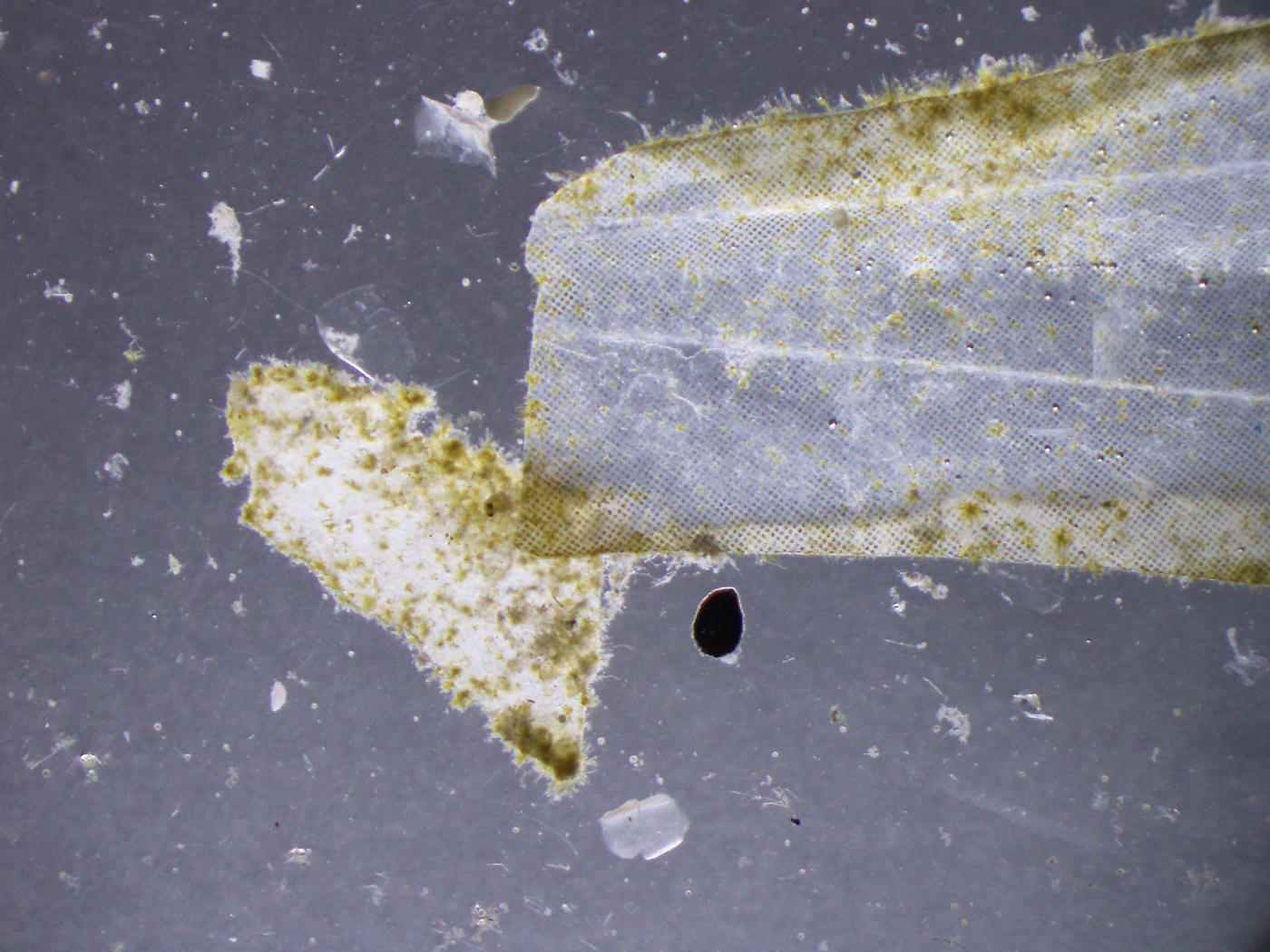 During your earlier missions, you showed that these microplastics were colonised by numerous microorganisms. Do you think these same species will be found at sea?
JF. G: We will identify them and, for the first time, conduct a study of the species that transit through rivers towards the sea. These plastic particles actually represent a new habitat for many species of  bacteria,2 viruses, or microalgae. They are so numerous that by moving on these small artificial rafts, these microorganisms can cover long distances and modify ecosystems. Our research will focus on the pathogenic organisms present on these fragments, invasive species in particular, in other words those that should not be where we find them.

These microorganisms are thus capable of moving from freshwater to salt water?
JF. G: That's the central question. In theory, freshwater pathogens die when they arrive in salt water, however they have been found in plastics at sea; apparently these microplastics act as a kind of refuge, with certain bacteria being able to hide inside them and survive. If that's the case, there is a risk of contagion for mussel and oyster farming. Oyster and mussel farmers are anxiously awaiting our results.

During your Tara missions you identified fifteen marine bacteria that can degrade plastics, do you think you will find as many in rivers?
JF. G: In principle yes, there are certainly many of them, and their plastic degradation capacity is much greater and faster than that of those found at sea. We will collect them and compare them with marine bacteria.

Beyond the scientific component, do you plan to take action to encourage the governments of the European Union to implement the necessary measures?
JF. G: Tara missions have shown that most of the pollution comes from single-use plastics, and contributed in this way to the European Union's ban on such plastic bags, but also tableware, cotton buds, plastic straws, microbeads in exfoliants, and food containers. Our results will be published within two or three years, and will help guide future measures for finding alternative solutions to these plastics. By organising this mission on a European scale, we hope to bring together a community of motivated and involved researchers from the various countries visited, similar to what we did in France with the "Polymères et Océans" Research Group,3 which includes 200 scientists, and serves as a relay for information towards ministries and industrial actors. We are going through a period of transition, and as all indicators are green, we should make the most of it to mobilise the various economic and political actors.

Opinion
Can we Create Environmentally-Friendly Plastics?