Mobilise248/Stock.Adobe.com
Share
Share
In an official advice, the French academy of sciences sounds the alarm about the decline of insects. CNRS News talked to Philippe Grandcolas, head of the ISYEB, and co-author of the scientific report that prompted the appeal.

In an unprecedented advice and associated recommendations, the French academy of sciences published an alert about the loss of insect biodiversity. The decline, described and analysed in ever greater detail in research papers, is a serious threat to human society. In response to this emergency, the scientific world as a whole is now united in calling for action.
Philippe Grandcolas:1 This is the first time that the academy of sciences has spoken out about the biodiversity crisis and acknowledged its seriousness. So this is indeed a watershed moment. Until now, the alarm had been sounded mainly by bodies directly connected to the scientific disciplines concerned, namely ecology and environmental sciences. Despite all our expertise, paradoxically, we happened to be suspected of exaggerating the importance of our field of research. Now though, this official advice shows that, based on the available data, the entire scientific community – ranging from the environmental sciences to the various branches of biology – agrees that the decline of insects is a reality.

And yet the Academy’s advice fails to provide a single figure or percentage that could summarise the extent of this collapse. So in what way is it really global?
P. G.: The first thing to remember is that there are more than a million different types of insect, which make up 80% of all animal species. It is therefore impossible at this stage to accurately monitor changes in the population of each kind, and thus difficult to draw average global trends. However, in the past twenty years, field observations the world over have indisputably shown a marked decrease in numbers. The situation is extremely worrying everywhere. In Europe and North America for instance, colonies including many pollinators such as wild bees and butterflies are in sharp decline in mixed farmland. The spectacular disappearance of dead insects, such as midges, bumblebees and moths, on car windscreens in Europe is no myth: it has even been measured, and found to have fallen by as much as 80% in some regions!

As for species that spend more time on the ground, data on beetles for example is unfortunately showing the same trend. We also know that the surface area of the world’s wetlands has dropped by 85% since the Industrial Revolution. It is therefore logical that large numbers of aquatic insects such as dragonflies have been adversely affected by the destruction of their natural habitat. 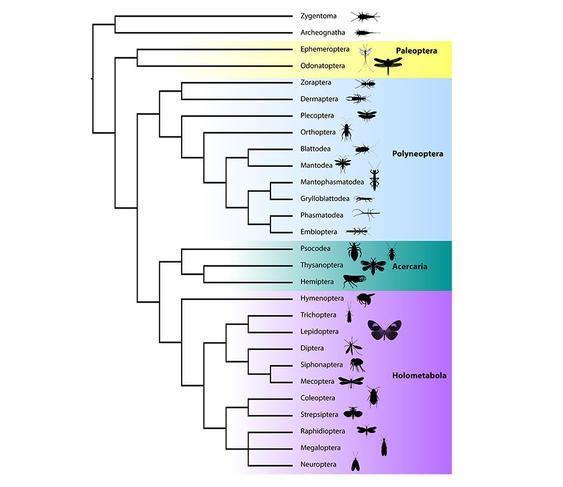 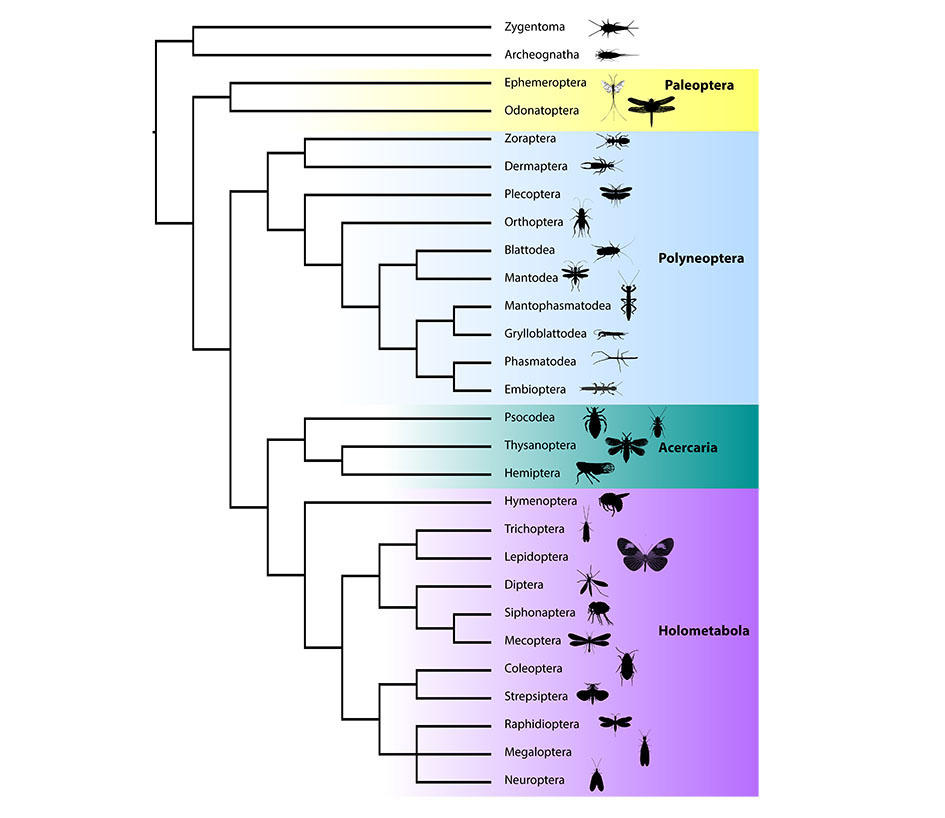 Are some regions more impacted than others?
P. G.: In the current state of knowledge we have no way of determining whether any particular area has been more affected than another. But there are obviously regional differences, depending especially on human activity and its intensity.

What is causing the decline in insects?
P. G.: This population crash is a complex phenomenon, due to four main factors: the destruction of natural environments, pollution, the impact of climate change, and the introduction of exotic species, facilitated by the globalisation of trade. With regard to the transformation of terrestrial backgrounds, in other words the disappearance of natural forests, wetlands and grasslands, it shouldn’t be forgotten that more than 40 million hectares of woodland have been wiped out worldwide in the past twenty years, which is more than the area of Germany! Tree plantations – often restricted to a single species or even a single clone, with highly simplified undergrowth and soils – are not enough to restore the diversity of the ecosystems that are being lost.  Habitat variety in the countryside also needs to be protected. The widespread, irrational use of pesticides is the second cause of the collapse of insect populations in and near agricultural land. The exemption recently granted by the French government allowing sugar beet producers to use neonicotinoids is extremely unfortunate in this respect.
It should also be noted that these factors do not have the same impact from one region to another. For instance, massive deforestation affects Amazonia more than European forests, while important climate change-related wildfires like those that recently swept Australia only affect very specific geographical areas. 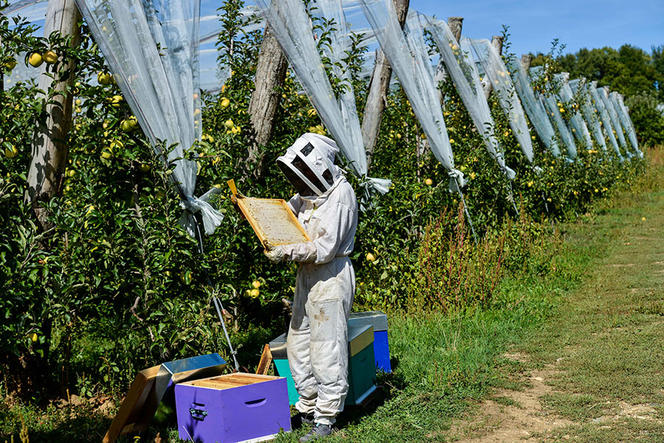 Setting up hives in an orchard for honey production and pollination of PDO Limousin apples (southwestern France, September 2018). 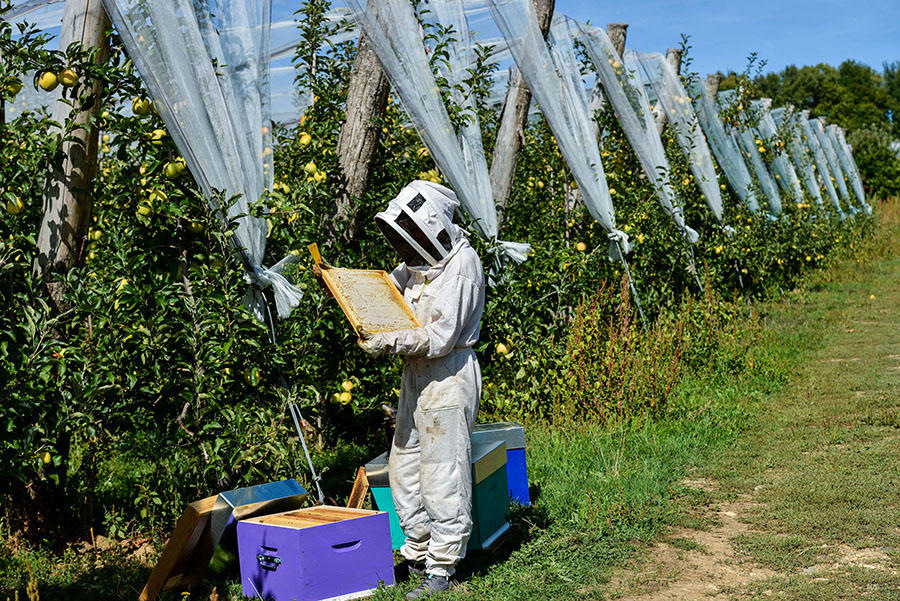 Caused by human activity, the decline raises ethical questions, but in your report you also point to the threats that this ‘insect apocalypse’ poses to humankind. Could you summarise them?
P. G.: The first effects are already being felt in agriculture. Most crops have to be pollinated, and even those that don’t, like rapeseed, may exhibit far lower yields without pollinators.
While our production techniques enable us to offset the decline of these species, it is highly likely that in the medium term, the collapse of this ‘free service’ will reach a point beyond which it will be difficult to cope. Pollinating by hand, which is sometimes necessary in certain regions, or with drones, is at best a daunting challenge, at worst an absurd waste of money.
Dwindling numbers of beetles such as dung beetles and wood eaters also means that less organic matter is recycled. In addition, insects are a link in food chains. Their disappearance therefore puts all insectivorous animals at risk, especially birds, potentially causing their population densities to plummet. The ensuing cascade of effects could result in upheavals in ecosystems, the extent and severity of which are hard to predict. 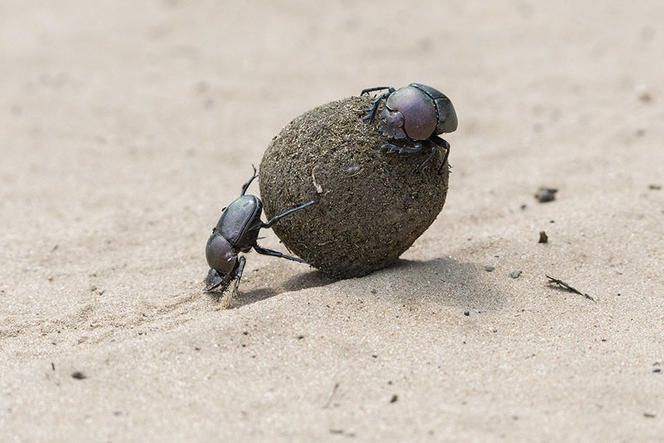 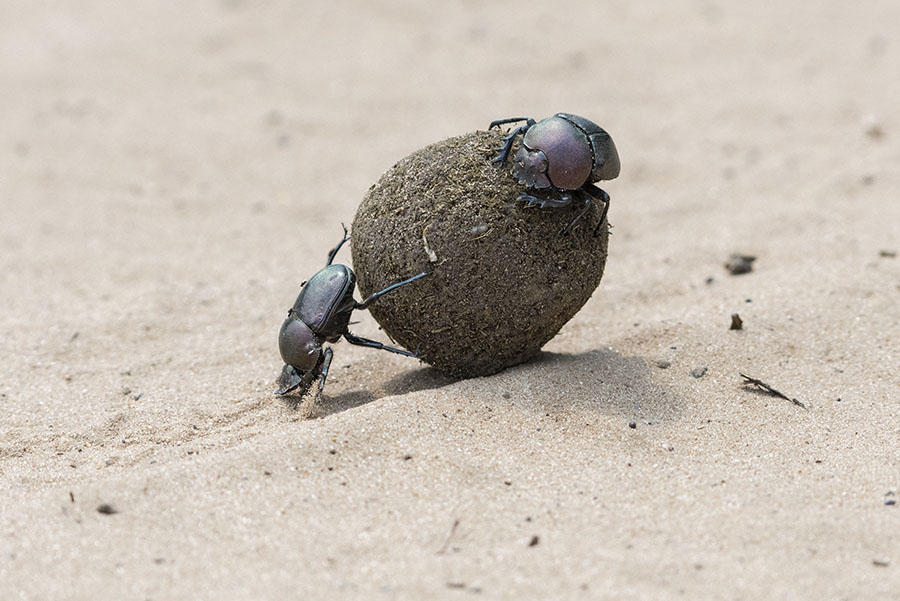 You have nonetheless estimated that the degradation of these ‘natural services’ costs several hundred billion euros worldwide. Isn’t there a risk that this approach could reduce the importance of insects to a mere market value?
P. G.: These figures are essential to show the colossal extent of the natural services provided. However, this should obviously not obscure the fact that insects, with 400 million years of evolution behind them, have an intrinsic ethical value. I would also like to highlight their ‘option value’: how many crucial discoveries or as yet unknown roles will the millions of species be able to provide in the future? And how many of them will disappear before we have a chance to discover their benefits? Put another way, our current ignorance should not lead us to jeopardise tomorrow’s resources and environmental opportunities. This concept could serve to convince those who are only interested in the monetary value of an immediately available ecosystem service.

What can be done about this decline?
P. G.: First of all, it is urgent to significantly reduce the use of pesticides in agriculture. This is not about stigmatising anyone, but rather about taking immediate action to speed up the transition to strategies that are less dependent on chemicals, and above all more rational than indiscriminately spraying everything with persistent substances. Both farmers and the public authorities can henceforth benefit from research in agroecology. In addition, natural habitats and their diversity must be protected as far as possible from the continuous expansion of farmland for crops and livestock all over the world. These are tangible measures that the general public can already begin to push for. They must go hand in hand with global action to combat climate change and the introduction of exotic species.

In order to support and drive such initiatives, the public will need to be able to draw on even more comprehensive and detailed scientific data…
P. G.: That is also one of our recommendations. It is vital to step up programmes for monitoring insect populations. We still lack information about the exact situation in many of the planet’s ecosystems. To a certain extent, this was illustrated by the recent controversy over the first meta-analysis, published last year in the journal Science. This comprehensive survey of the data issued over the past twenty years pointed to contradictory trends, some of which were surprisingly reassuring. In fact, the report suffered from serious methodological biases, such as mixing up experimental and natural data, statistical errors, and so on. It also revealed the disparate and still fragmentary nature of current surveys.

There is therefore a pressing need to encourage research efforts and the development of new technologies such as environmental DNA sequencing to monitor the evolution of insect populations, as well as to use museum collections to determine historical points of comparison. Such techniques could eventually facilitate the monitoring of colonies in a wide range of ecosystems over time. Science must fully grasp this crucial opportunity, and address the societal issues relating to biodiversity.