How Cats Conquered the World

How Cats Conquered the World

Did the cat follow farming populations from the Fertile Crescent, or did these peoples take them with them? In any case, their companionship goes back to the beginning of the Neolithic.
Gil CHAMBERLAND/BIOSPHOTO
Share
Share
Today’s domestic cat is a descendant of the wildcats that inhabited the Middle East during the Neolithic age. Researchers at the Institut Jacques Monod have retraced its genetic footsteps for the first time and have shown how felines followed the population of farming peoples making their way from the Fertile Crescent to Europe.

Cats clearly have a place in the heart of humans: with an estimated 500 million domestic cats in the world, the feline population continues to grow and now outnumbers that of dogs in certain countries. But looking only at Europe, how many cat owners are aware that their furry friend is not the descendant of the local European wildcat (Felis silvestris silvestris), as some may imagine, but that it actually hails from much further afield: the Middle East, cradle of agriculture 10,000 years before our age? “Cats naturally approached human communities because of mutual interests: they were attracted to villages because of the large numbers of rodents themselves enticed by the grain stores of barley and wheat,” explain Eva-Maria Geigl and Thierry Grange, researchers in paleogenetics at the Institut Jacques Monod1 and co-authors of an article published today in Nature, Ecology & Evolution2 that constitutes the first study of the history of cats since their initial domestication.

This development could have only been beneficial for humans: not only did they rid themselves of rats, but also of snakes and other venomous species that also figured on the menu of Felis silvestris lybica, the wildcat native to a vast area between North Africa and the south of Anatolia. 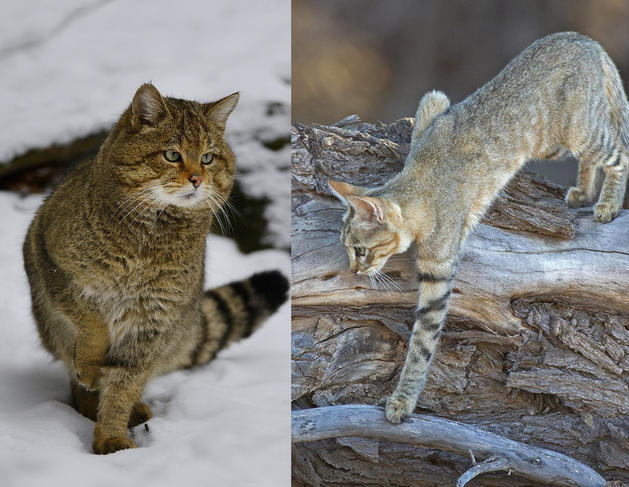 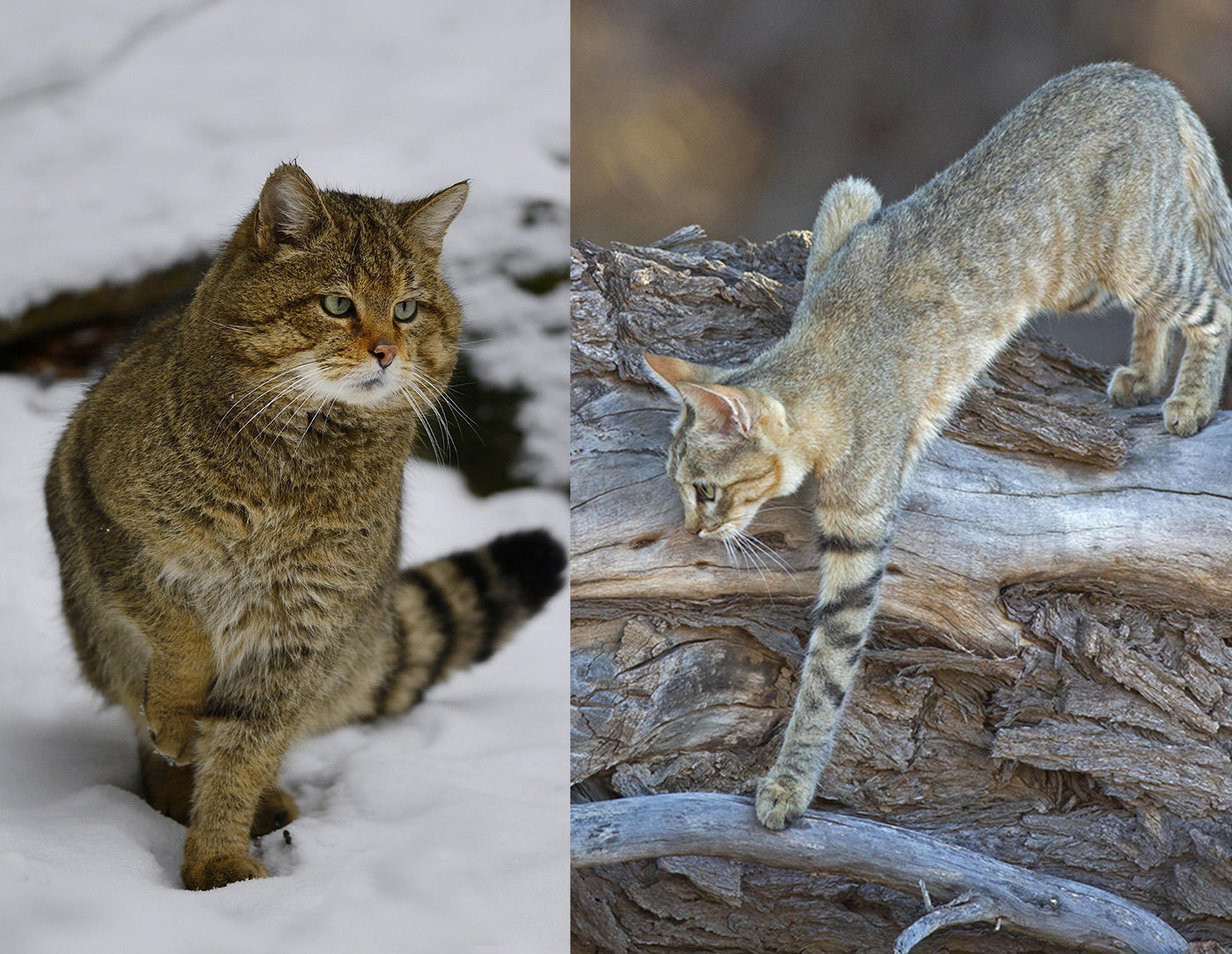 The domestic cat does not descend from the European wildcat (Felis silvestris silvestris, left), but from the Middle Eastern wildcat (Felis silvestris lybica, right), who was tamed with the advent of agriculture.
Michel Rauch - Alain Mafart-Renodier / Biosphoto
Michel Rauch - Alain Mafart-Renodier / Biosphoto
Share
Share
Farmers adopted the feline early on. The skeleton of a cat was found in Cyprus in the tomb of a child, estimated to date from 7500 BC.

Historical and archaeological records have long given credence to this hypothesis of increasing proximity, and potentially more, between cats and humans since the dawn of agriculture. “The skeleton of a cat was found in Cyprus in the tomb of a child dating from 7500 BC,” note the researchers. “A tomb containing nothing but the bones of several unrelated cats was discovered in an Egyptian cemetery dating to around 4500 BC. Once it had been deified in Egyptian images as a helper of the Sun King, Râ, the feline was depicted in hunting scenes from the second millennium BC, before appearing in domestic images, under the seat of the man or woman of the house, even sometimes with a collar.”

All of these signs clearly show that cats were adopted by humans a long time ago. Genetic studies conducted in modern cats—domestic cats, European wildcats (silvestris) and Middle Eastern wildcats (lybica)—confirm the genetic proximity between today’s domestic animals and lybica, but the exact mechanism by which cats spread remained shrouded in mystery.

This area of doubt finally appears to have been resolved by the study published today thanks to a vast paleogenetic study conducted on the remains of 230 ancient animals covering a period from 10,000 years ago through to the first half of the 20th century. “We have specimens of European cats that lived 9000 years ago, Balkan cats from 6000 years ago, and cats living in Anatolia from between 6000 years ago and the end of the Ottoman Empire …”, say Geigl and Grange. The researchers have also analyzed dozens of mummified cats from Egypt during the Ptolemaic era (from the third to the first century BC). “Yet only six of these mummies yielded results. The DNA of the others was too greatly deteriorated due to poor storage conditions in these hot, dry regions.” 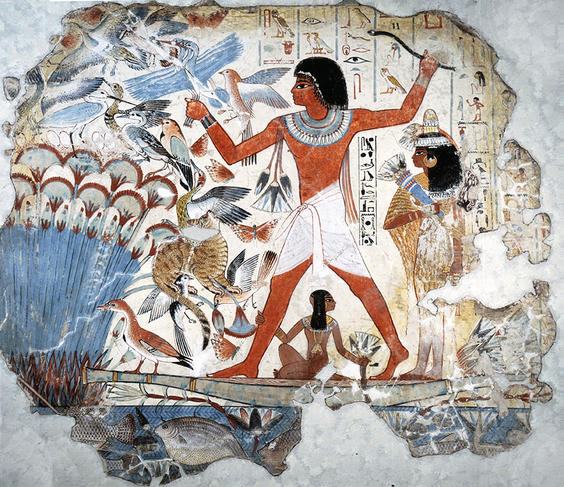 In Egyptian iconography, cats appear in hunting scenes as early as the second millennium BC. 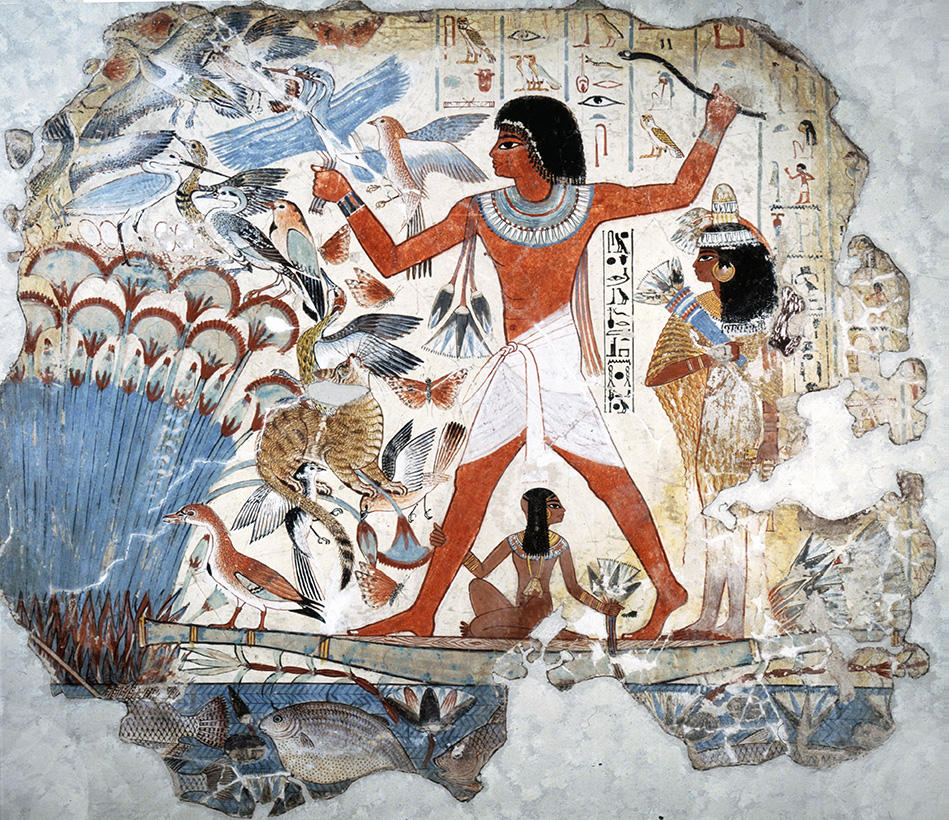 More precisely, the researchers focused on the mitochondrial DNA of individual animals (in contrast with nuclear DNA found within the cell nucleus, mitochondrial DNA codes for proteins and RNA specific to the functioning of the mitochondria, which are the parts of the cell responsible for producing cellular energy). “The main advantage of this genetic marker is that it is transmitted solely by the mother, thus enabling the maternal line to be traced,” explained Geigl and Grange. “It thus constitutes an excellent indicator with which to trace the history of these populations.”

The researchers’ results are indisputable: lybica is indeed the ancestor of today’s domestic cats. However, to their great surprise, they discovered not one but two waves of domestication. “The first wave arrived at the start of the Neolithic age in Europe, 5000 to 6000 years ago. Here we see the spread throughout the entire continent of the genetic signature of the Anatolian variant of lybica.” Did cats then follow the populations of original farmers making their way from the Fertile Crescent, or were they brought by humans? According to the researchers, “It’s very difficult to say, but in all probability, there was a bit of both.”

The second wave of domestication starts in classical antiquity, when we begin to see a real craze for Egyptian cats, the local variant of lybica.

The second wave then followed, beginning in classical antiquity: “At this point we begin to see a real craze for Egyptian cats, the local variant of lybica, which was in fact mentioned in the writings of the Greek historian Herodotus (fifth century BC),” point out the researchers. The fad for Egyptian cats very quickly spread through the ancient Greek and Roman world, and even much further afield, since cats were found in Viking ports established on the Baltic Sea between 500 and 800 CE! Cats spread notably along maritime routes, but also along commercial routes and with travelling armies. “We know for instance that Roman warships took cats aboard in order to prevent rodents from destroying their stores and equipment.” But all fashions eventually fade… After reaching a peak at the start of the Ottoman Empire, the genetic signature of the Egyptian cat gradually gave way to the Anatolian variant among the population of domestic cats. 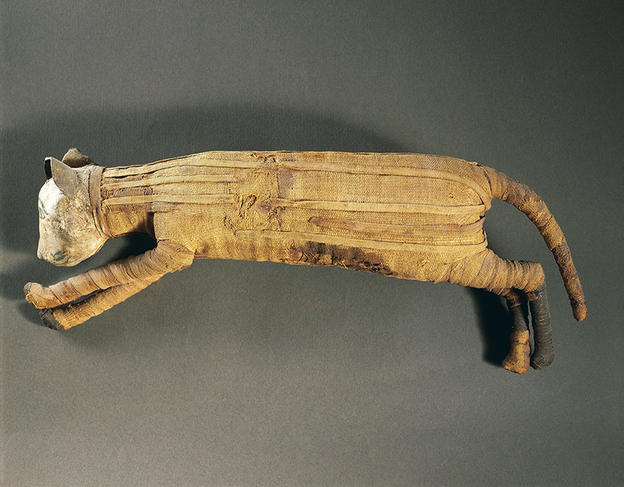 The researchers analyzed dozens of mummified cats in Egypt during from the Ptolemaic period -from the third to the first century BC. 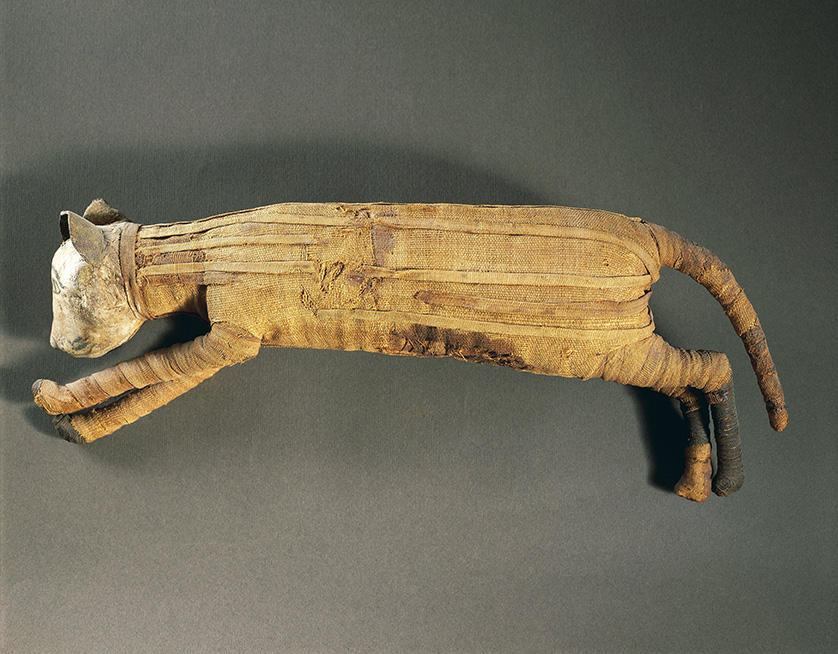 Although the geneticists have provided a detailed scenario of the spread of domestic cats, it is much harder to affirm with certainty the exact time at which domestication occurred. “In contrast with other species that have been profoundly modified by contact with humans, such as dogs for instance, domestic cats have remained genetically very close to wildcats,” note the authors. This is because the services which they provide to humans—primarily, ridding them of rodents—did not involve any particular selective pressure.

The fur of wildcats is striped. Spots on domestic cats appeared only during the Ottoman Empire,  between 500 and 1300 CE.

Nevertheless, the researchers investigated one of the rare genetic markers of domestication in cats: the coloring of their fur. “The gene coding for spots and mottling is found only in domestic cats, while the fur of wildcats is always striped.” And here they stumbled on a surprise: spots only began to appear under the Ottoman Empire, between 500 and 1300 CE, becoming more common after 1300 both in the Ottoman Empire and in Europe. “This is a very late development in relation to other species. But while this phenomenon constitutes irrefutable evidence of selection by humans, it does not in any way mark the start of companionship between cats and humans, which goes back much further.”

The two researchers added with a wry smile: “In any case, can we really speak of the authentic domestication of cats, even today?” Their quip is double-edged: it is not uncommon for domestic cats to revert to the wild state; for this reason, tiny quantities of genetic material from lybica are found in the genome of current European wildcats.