Aksym Yemelyanov /Stock.Adobe.com
Share
Share
After Brexit, the UK, a key scientific partner of France and the CNRS, will have to review the basic principles of its membership of the European research community.

On 31 January 2020, the United Kingdom finally left the European Union. For a country that is the second-largest recipient, after Germany, of funds from the ongoing Horizon 2020 European research scheme, this will prove to be a serious challenge. London will benefit from a transitional phase that will ensure British participation in the project until it ends. But with the new European research and innovation framework programme, Horizon Europe (2021-2027), starting in 2021, the UK now only has one year in which to negotiate an association agreement. Two essential issues are at stake: the entry ticket  to the programme and the tricky question of the free movement of persons.

Waiting for a deal for the future association

If, following negotiations, no agreement is reached, the UK will overnight become a third country on the same terms as Canada or Japan. It will still be able to participate in Horizon Europe subject to funding (without the possibility of being a coordinating country), but not in the ERC programme  — for which the country has more successful applicants every year than any other member state (accounting alone for some 20% of the ERC budget on average). Concerning the conclusion of Horizon 2020, the British government has promised its scientists that, in the event of a post-negotiation “no deal”, funding will be guaranteed until completion of all projects by British research teams that are accepted. “However, in this specific case, things might be more complicated than expected. Over and above financing, the UK will need to tackle a number of logistical issues. Contracts have to be drawn up in order to transfer money, for instance ,” explains Jean-Pierre Bourguignon, President of the European Research Council from 2014 to 2019. 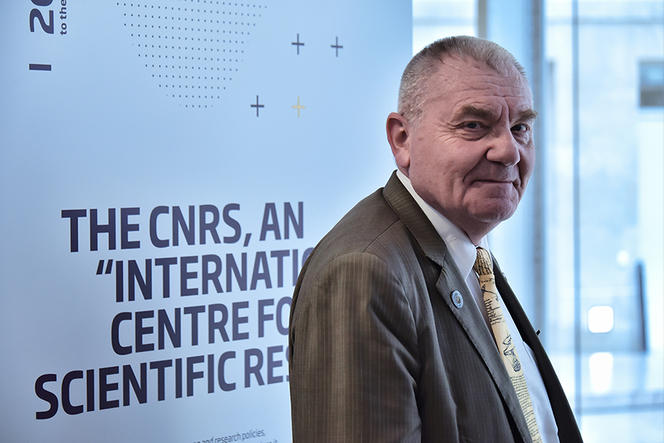 Jean-Pierre Bourguignon was president of the ERC between 2014 and 2019. 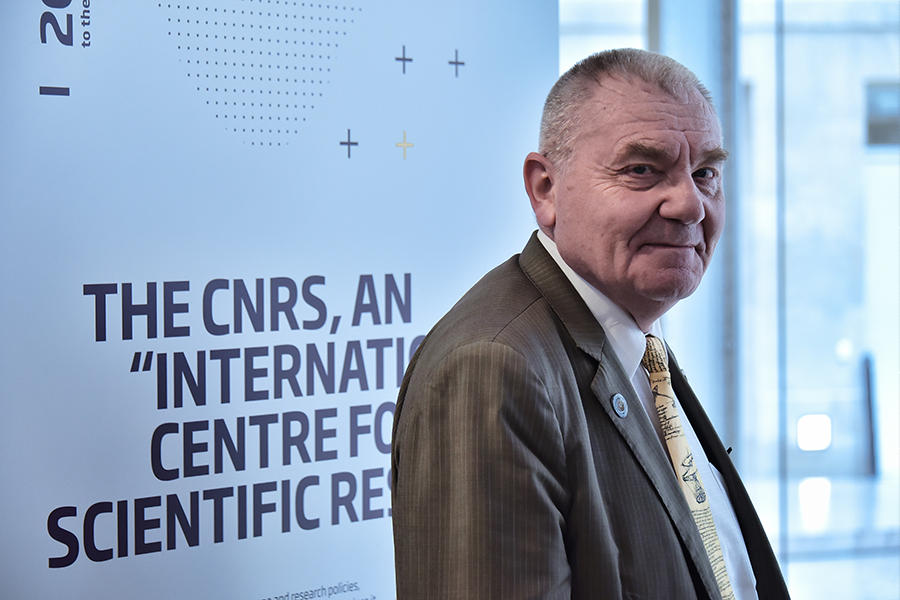 Should an agreement be finalised, the UK will remain in the European research community as an “associated” country, like Switzerland and Sweden. Both London and Brussels hope that the UK, which invests 1.7% of its GDP in its national R&D and was a net contributor of €13 billion to the Horizon 2020 budget, will participate in the next Horizon Europe programme. Yet key points of the contract remain to be negotiated. "In the event of an association with Horizon Europe, the idea would be to ‘pay as you go’. In this case, a state entrusts the European Union with managing project selection but has no right to intervene. This might well be a political problem for a country that seeks independence first and foremost. We’ll find out during the negotiations,” the former ERC President adds. Another uncertainty lies in the European Innovation Council (EIC), Horizon Europe’s new third pillar, which will support the emergence and development of new technologies, even to the point of investing in the share capital of certain companies. “For this pillar, it is therefore no longer just a matter of funding, but potentially of financial rights linked to future market innovations that countries outside the European Union might bring about.”

A partner taking some distance?

The UK is currently the only EU heavyweight to boast a positive rate of return on Horizon 2020, thanks to its success in ERC calls. After Brexit, it will be faced with practical constraints regarding participation by its researchers in the Framework Programmes. These effects can already be felt, with a reduced role for the UK as a coordinator of European projects, a sharp drop in the funding obtained by the country since 2016 (from 16% in 2015 to 11% in 2018), a decline in the attractiveness of the its research and higher education, and a “Brexodus” of European scientific and academic staff working in the UK.

“Since 2016, European collaborators have thought twice before taking on a British partner, because no one can guarantee that funding will follow, and for a coordinator, the management of a project is already enough of a burden,” explains Vincent Cros, a researcher at the CNRS-Thales joint laboratory  in charge of coordinating the “MAGICsky” FET Open project (2015-2018), which focuses on new magnetic structures with topological properties called skyrmions, and was developed in particular with two UK players (the Universities of Leeds and Glasgow). “In addition to collaborative projects bringing together several partners, there is the issue of important European initiatives such as the Graphene Flagship, which was set up and financed following discoveries by two British researchers. It has a budget of €1 billion over ten years and involves nearly 150 participants, including 25 from the UK. How will all this be managed? As regards European assessment bodies and other committees for long-term strategy in different scientific fields, it is going to be difficult to keep British colleagues closely involved — provided they can participate.” 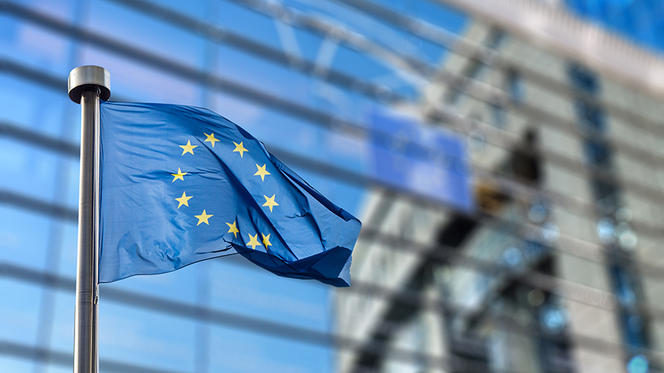 With Brexit, what future for major European research initiatives such as the Graphene Flaship? 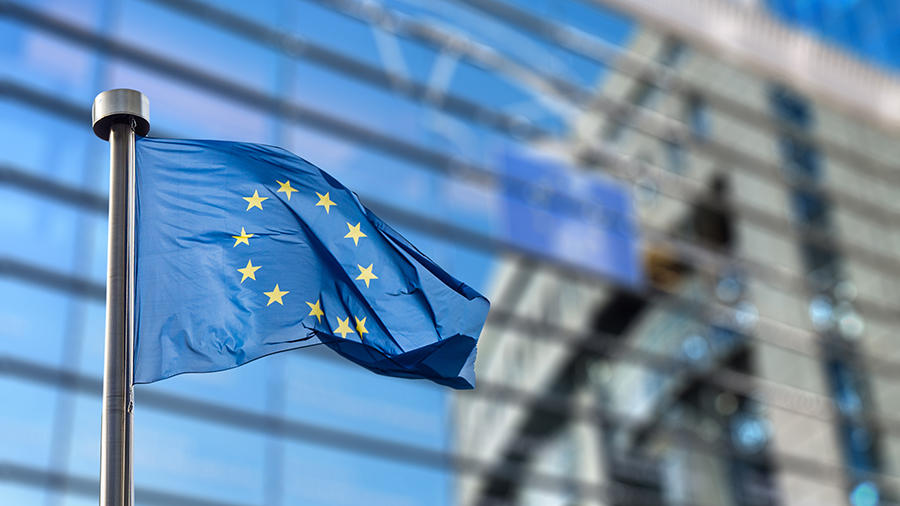 This is a loss not only for Europe, but also for France, as the UK is one of the country’s strategic partners (3,000 French researchers are working on British soil) — as well as being its second-largest collaborator worldwide in terms of co-publications. “There is a great deal of cooperation in the field of health and more specifically the genome. This is also true in the space sector, with the French and British space agencies working hand in hand,” notes Jean Arlat, Science and Technology advisor at the French Embassy in London. We are striving to maintain contacts and support the creation of collaborative undertakings. The PhD joint programme, which has just been launched by the CNRS and Imperial College London, is a good example of this. After Brexit, the UK might well be tempted to look to new horizons…”

A key partner for the CNRS

The CNRS could thus lose its second-largest partner after Germany in the Horizon 2020 programme, with 398 ongoing joint projects — and its third biggest for co-publications after the US and Germany. In 2018, research schemes across the Channel accounted for 6% of the CNRS's international missions. To offset the detrimental effects of Brexit, the organisation is stepping up strategic partnerships aimed at reinforcing a wide variety of cooperation resources. With the Abraham de Moivre mathematics laboratory, set up in 2018 and jointly run by the CNRS and Imperial College London, and the CNRS-University of Cambridge CompuMorph Laboratory in biological sciences, scheduled to start in 2020, the CNRS can now rely on two more International Research Laboratories (IRL) in addition to the Maison Française d'Oxford (MFO — an IRL  in partnership with Oxford University), to strengthen the ties between the UK and France. “Brexit has turned the spotlight on the MFO. Although it has been in existence since 1946, no agreement had ever been signed before. We were established as a French institution. We have now finalised an understanding to tighten our collaboration, and hence be better prepared for Brexit,” says Frédéric Thibault-Starzyk, director of the MFO since June 2016. In addition to these 3 IRLs, the CNRS has an International Research Project (IRP) with the University of Strathclyde, 32 International Research Networks (IRN), 14 International Emerging Actions (IEA), 15 joint research projects, and the prospect of new collaborations involving several IRLs that are likely to be based in France (in particular with the University of Oxford). 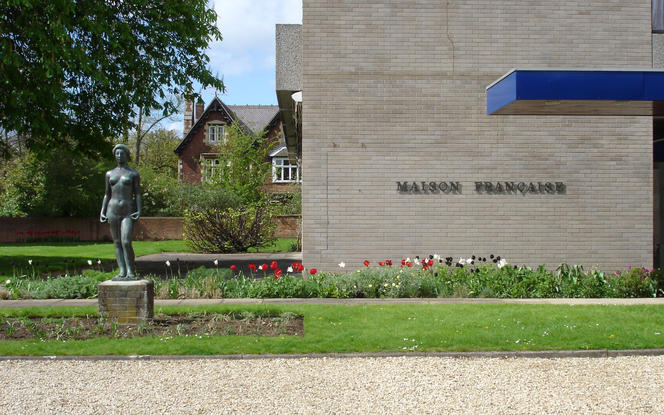 The Maison française d'Oxford is a joint research unit created in 1946. 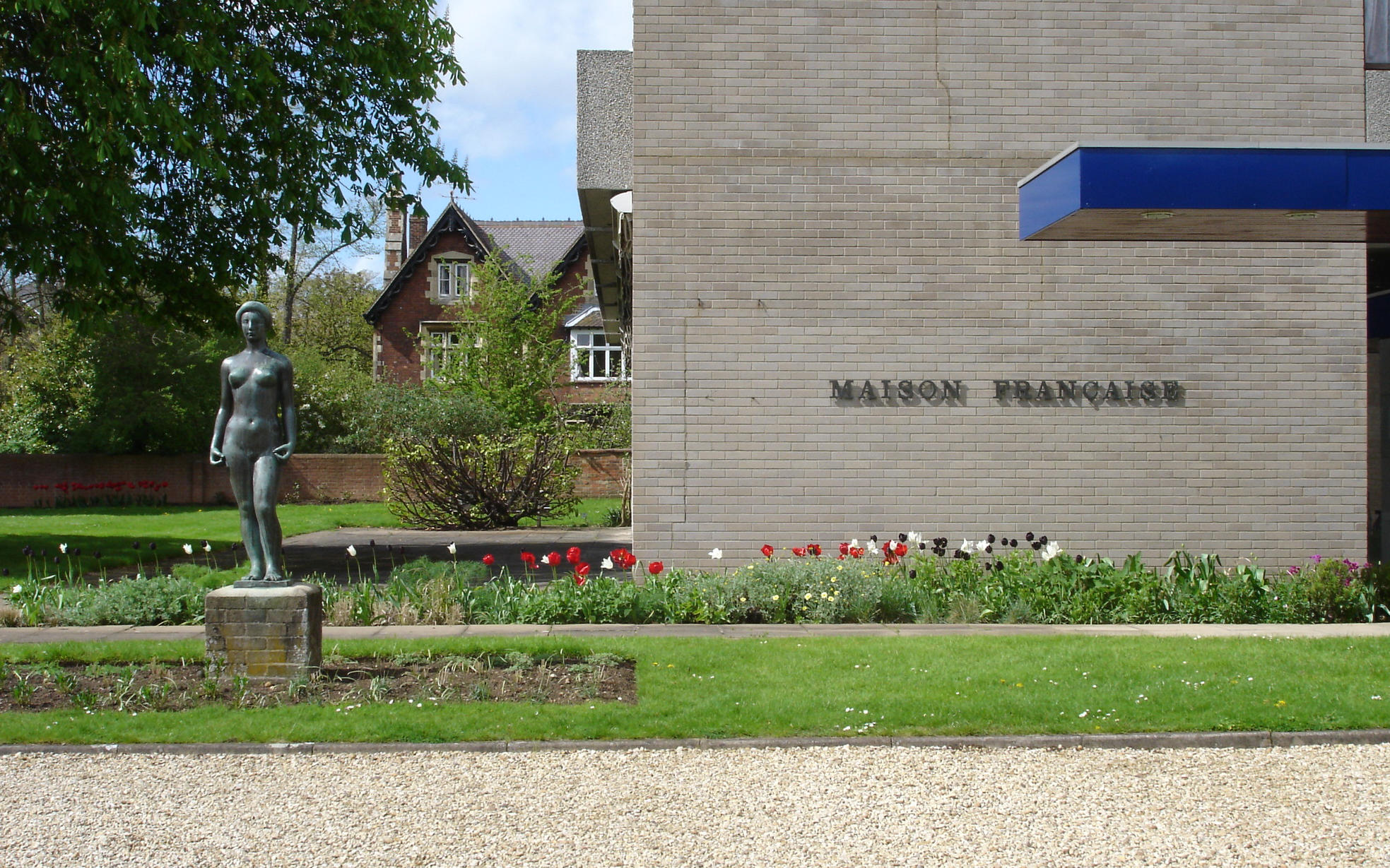 British universities hope that their access to the well-known Erasmus exchange programme for students and academics across Europe will continue after Brexit , but that will depend on the outcome of the negotiations. And for non-British people living in the UK, obtaining “pre-settled” or “settled” status (i.e. the right to reside in the UK), is a major concern. “Brexit has brought about an existential challenge to the way in which higher education and research operate,” Thibault-Starzyk feels. “Erasmus could be very strongly impacted, while tuition fees for EU students will triple if the UK becomes a third country. Concerning academic and scientific staff, many of those who work at the University of Oxford are European, and academics are already starting to leave. People feel a sense of personal loss.” With Brexit restricting the number of overseas students and scientists in the UK, Boris Johnson has recently announced the introduction of a “global talent visa” for overseas scientists from 20 February, with no upper limit on the number of admissions. At present, European researchers account for half of the country's 211,000 foreign scientists .

This obstacle to freedom of movement poses a threat to scientific research. “Societal challenges must be met in a manner that benefits everyone and are better faced together,” warned 35 Nobel Prize and Fields Medal winners in a letter addressed to former European Commission President Jean-Claude Juncker in October 2018. “Losing 20% of ERC projects will change the level of competition. The prospect of the UK cutting itself off, together with the fragmentation of European science, is extremely bad news in a context of international competition and the huge development of Asia,” Jean-Pierre Bourguignon acknowledges.

While the UK makes up 1% of the world's population, it accounts for 4% of its researchers. “Countries will compete to be partners. As was the case in 2018, the next bilateral summit, scheduled this year, will be an opportunity to share ideas for developing scientific collaborations and academic exchanges. Ties must be maintained,” Arlat stresses. And there has never been so many talks among education and research bodies on both sides of the Channel.

One question remains nonetheless. “What direction will the UK take in terms of science? Some say that it could prioritise the country's industrial roadmap,” the former ERC President points out. In any case, these are all issues that the international research community will be keeping a close eye on during this pivotal year.