Pink ribbon pins, here in the colours of the European Union, symbolise the fight against breast cancer.
Union européenne 2020, photo Jennifer Jacquemart
Share
Share
The European Union aims to reduce by 3 million the number of deaths from cancer on the continent between now and 2030. As France took over the EU presidency on 1 January 2022, we review the situation with Yvan De Launoit, deputy scientific director in charge of the physiology of cancer at the CNRS Institute of Biological Sciences.

'Curing cancer: mission possible' is one of the five main missions1 of Horizon Europe, the new framework programme for research and innovation aimed at responding to certain societal challenges. Can you tell us about the context?
Yvan De Launoit: European cooperation is becoming increasingly structured and the foundations for this programme are already in place, such as the ten-year cancer strategy. This includes three main research priorities: preventing the emergence of the disease and treating it in the very early stages, anticipating relapses and finally, reducing the adverse effects of treatments. For example, funds have been made available at both the French and European level to study paediatric cancers, which kill around 6000 children in the EU each year. We want to understand the long-term effects of harsh treatments such as chemotherapy and radiotherapy on fertility, the onset of new cancers or neurological problems, etc. Young people have a life expectancy of sixty to seventy years after they have been cured, and European research knows it must offer them better adapted and personalised treatments. Quite rightly, Europe wishes to place patients at the heart of cancer policies.

As another example, I took part in discussions on the UNCAN2 initiative arising from Horizon Europe, which seeks to encourage the most innovative projects through calls for proposals. We are hoping to set up a European centre for the collection of data on cancer. This will require the harmonisation of clinical and research intelligence, as well as the implemention of large technological infrastructures to store and process it.

What do you think of the EU’s objective of reducing by 3 million the number of deaths from cancer among Europeans between now and 2030?
Y. De L.: About 1.3 million people die from cancer in Europe each year. This means that there would have to be between a quarter and a third fewer fatalities by 2030. This might seem colossal, but during my career I have seen survival rates from acute lymphoblastic leukaemia in children rocket from 10% to more than 90%, and those due to breast cancer from 30% to more than 80%. This is despite the fact that life expectancy has risen, which mechanically increases the risk of death from cancer. The situation has improved thanks to ever more targeted treatments.

For example, therapeutic de-escalation aims to determine minimal effective doses in order to reduce adverse effects, which can sometimes be very severe. Early detection is also essential, together with the development of blood tests that can identify tiny quantities of cancer cells and their biomarkers. Research continues to move forward. Thus a study on prostate cancers showed that a new combination of molecules enabled a considerable improvement in the survival of metastatic patients. 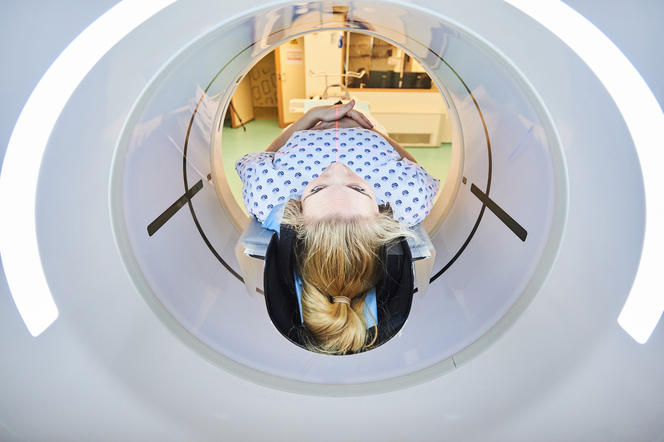 A patient undergoing an MRI scan at Liège University Hospital (Belgium). The fight against inequalities regarding the prevention and screening of cancers is one of Europe’s priorities. 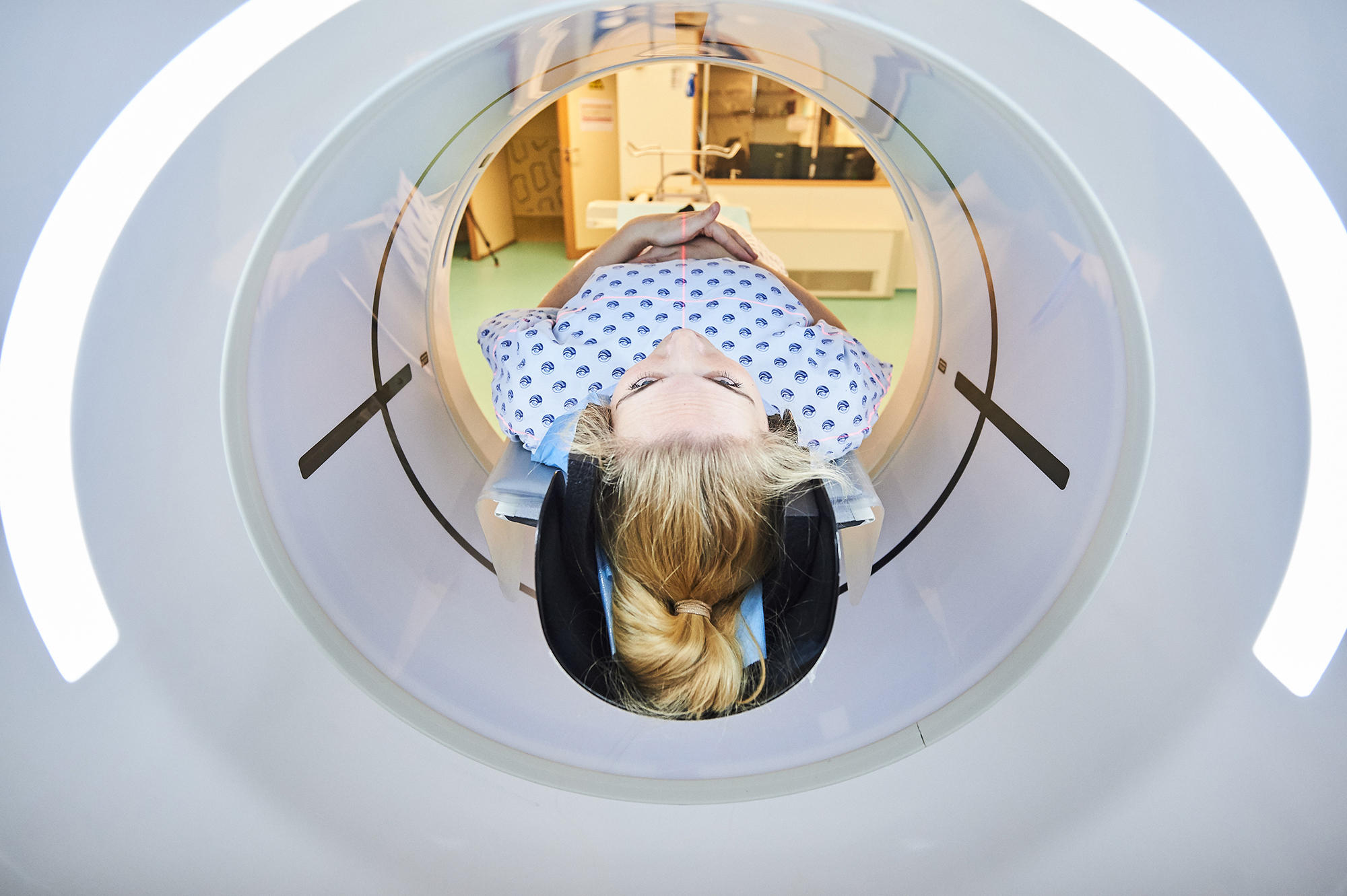 The Horizon Europe programme underlines the importance of fighting inequalities with respect to cancer. What are the main disparities and their impact on care?
Y. De L.: This is a major problem at both the national and European level. I had already investigated such issues while I was President of the Cancéropôle Nord-Ouest.3 First of all there is inequality of access to care when patients live at a distance from a large clinical facility. In some socioeconomic environments, people also tend to pay less attention to screening, although we know how important it is to act as early as possible on tumours. Screening for breast cancer after the age of 45 has thus saved many lives and enabled the effective treatment of malignancies before they reached the metastatic stage. At the European scale, we need to take account of the clear differences in living standards between countries. Some new immunotherapy and targeted therapy techniques are extremely expensive; these costs are covered by social insurance in France, but may be payable by patients elsewhere. Despite the criticisms levelled against it, the French healthcare system remains among the best within the EU. Suffering from a rare form of cancer is also a source of inequality because the treatments are often less effective and more expensive. The European Union hopes to reduce these differences, the central idea being that each patient must have access to the same treatments at an equivalent cost. But to solve this problem, we first of all need to get a better grasp of it through scientific studies conducted by practitioners, epidemiologists and sociologists on a large number of cases. Only then shall we have a clearer picture in order to target and remedy specific issues.

Can you give us examples of current cancer research projects?
Y. De L.: Numerous teams are working upstream at the level of fundamental research. They are supplying new models that can better describe the earliest stages of carcinogenesis. Study of the tumour microenvironment is another crucial aspect. We know that even if they are healthy, cells near a tumour interact with it. We now need to understand the nature and role of these exchanges. The development of genomics and transcriptomics enables the detailed sequencing of DNA and RNA, whether from cancerous cells or not, that are present in the tumour microenvironment.

The genetic heterogeneity of tumours has also become an essential research topic. Initially, a tumour is made up of a single type of cells and referred to as “monoclonal”. As time passes, it will contain increasingly different cell types and become polyclonal. Because various cell types do not respond to the same treatments, understanding the status of a tumour means it is possible to offer personalised and thus more effective mixtures of molecules to patients. Finally, major efforts are being made to produce new models to reflect the evolution of tumours. Increasing preference is being given to in vitro reconstructions: the tumour, which is not just a clump of cells on the bottom of a Petri dish, is placed in a 3D environment where realistic physical and biological constraints are applied. In the context of multidisciplinary research, we are thus calling on physicists, mathematicians or even engineers to help create an optimal environment that will then serve for all these studies.

Video
Breathing on top of the world

Article
Seeing in the Dark?

Article
Exercise is Good for You, it's a Fact