Home / Articles / Claude Lorius, a Life on the Ice

Claude Lorius, a Life on the Ice

Home / Articles / Claude Lorius, a Life on the Ice

Claude Lorius, a Life on the Ice

Claude Lorius surrounded by penguins, near the Dumont-d'Urville station.
EXPEDITIONS POLAIRES FRANCAISES
Share
Share
He is the man who discovered that the record of Earth's past climate is locked up in the ice of Antarctica and who highlighted the role of greenhouse gases in global warming. CNRS News looks back at the extraordinary career of Claude Lorius, a pioneer of glaciology and protagonist of the 2015 film "Antarctica: Ice and Sky."

Life is full of surprises. When Claude Lorius was a physics student in his native town of Besançon (northeastern France) little did he know that he would one day become a film star and, at the ripe old age of 83, walk up the red carpet steps at the latest Cannes Film Festival. Yet this is what happens when you have a sense of adventure—something this glaciologist is no stranger to, having taken part in around 20 expeditions to Antarctica, the equivalent of living there for six years. However, the founder of modern climatology, laureate of the 2002 CNRS Gold Medal and subject of Luc Jacquet's film "Antarctica: Ice and Sky" didn't dream of icy wastes when he was a teenager: he wanted to become a professional footballer like his elder brother who played goalkeeper in the Sochaux football team. What first led him to Antarctica was a job advertisement posted in 1955 at the University of Besançon: "Looking for young researchers to participate in campaigns organized as part of the International Geophysical Year." "It was the first time that research focused on the polar regions, which until then had only been visited by explorers," Lorius recalls. "They were virtually unknown." 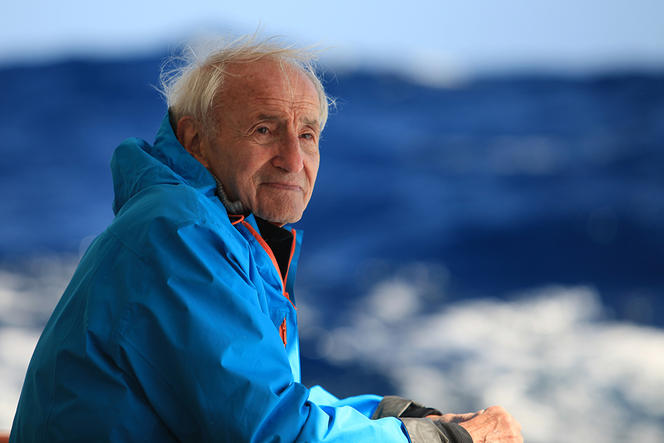 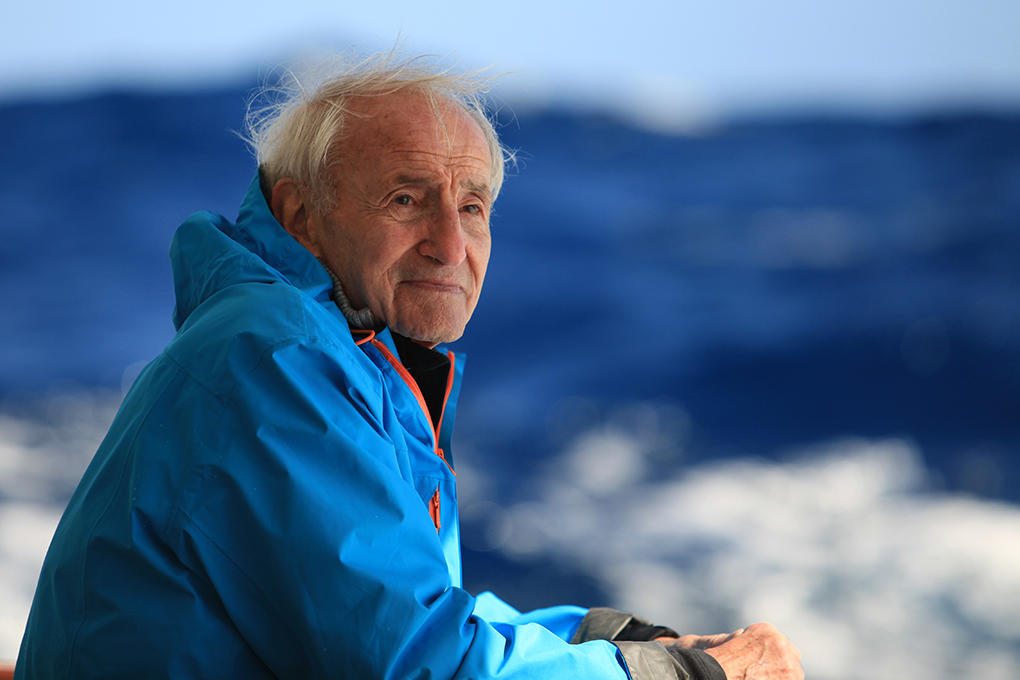 Overwintering at the Charcot station

At that time, France had two observation sites in Antarctica: the coastal station of Dumont-d'Urville in Adélie Land, and the Charcot base, which had recently been set up 310 kilometers away, inside the continent. Lorius arrived at Charcot on Christmas Eve 1957, after two months of training in Greenland to learn the ropes of glaciology and a medical examination where he had his wisdom teeth and appendix removed. "My two colleagues and I were going to be completely isolated for a whole year, so we couldn't afford to have a medical emergency while we were there," he explains. Although he was motivated by "adventure rather than science," the young Lorius had a well-defined mission: to find out why Antarctica is so cold. "I had to measure the wind speed, the temperature of the snow, and the energy input from the Sun." He and his companions had more than their fair share of trials and tribulations: the wind blew down the 12 meter-high tower carrying the instruments, wind turbines and antennas, depriving the station of electricity and communications for two months. However, these hardships did not deter Lorius, bitten by the Antarctica bug by then. In fact, it was quite the opposite: "All I could think of was to go back there!," he recalls.

His chance came in 1959: the Americans wanted to undertake the Victoria Land Traverse, a 2 500-kilometer exploratory mission in Antarctica, and were looking for volunteers with experience in polar environments. Although he had the fright of his life when he fell into a 30 meter-deep crevasse (fortunately with no ill effects), the expedition also enabled him to discover the well-known "isotope thermometer," in which past temperatures are recorded in the ice—a phenomenon that was to determine the rest of his career. "At each stop, we sank a thermometer into the snow to a depth of 20 meters, which is how you obtain the average yearly temperature at that spot," Lorius explains. "My job was to collect samples of snow extracted from the hole. You could see with the naked eye that, according to whether they had formed in summer or winter, the grains of snow weren't the same size, as if they were some sort of record of the seasons."

The inventor of the "isotope thermometer"

Lorius could never have predicted the results of the analyses carried out at the Saclay laboratories on his return: not only did the size of the grains vary, but the atoms in the water molecules (H2O) making up the snow were also determined with high precision by the temperature of the atmosphere at the time the crystals formed. The observed ratios between hydrogen isotopes on the one hand (hydrogen with a mass number of 1 and hydrogen with a mass number of 2) and oxygen isotopes (oxygen-16 and oxygen-18) on the other were directly correlated with the air temperature. "When we saw that there was a perfect match between the curve and the temperature variations, from –20 to –60 °C, we realized that we would soon be able to reconstruct the climate of the past!"

From then on, Lorius had one obsession: to go back further in time by extracting cores from the deepest part of the Antarctic ice sheet, on a continent that has not thawed for the past 40 million years and where the ice is two kilometers thick on average. At Dumont-d'Urville, where he carried out several missions from 1962 to 1965, chiefly as station manager, he successfully drilled to a depth of 200 meters and observed that the ice that had flowed from the Inlands is continental ice sheet dated from the last glacial period, 20,000 years ago. He defended his doctoral thesis on the basis of these findings.  Most importantly, it was at Dumont-d'Urville that he had the intuition that was to give birth to modern climate science. "One evening, after a day's drilling, I dropped a small chunk of ice several thousand years old into my whisky and saw air bubbles come out as the ice melted. I suddenly realized that this gas could provide evidence of the atmosphere in the past." It would take him twenty years to prove it.

To do so, the scientist had to look for places likely to span the longest possible time period.  "What we wanted to do was drill into the continental ice sheet in the center of Antarctica, where the ice moves very little," he explains. Technological advances, especially US aircraft equipped with radar, made it possible to reconstruct the relief of the Antarctic basement rock and infer the thickness of the ice. As a result, the Dome C site, also known as Dome Concordia, was identified in 1974. "There we were able to drill down to 900 meters, which is the equivalent of 40,000 years of accumulated snowfall!" Analyzed in the lab, the samples confirmed the validity of the ice-core record hypothesis. "The results faithfully reproduced the transition from the last glacial period, which ended 20,000 years ago, to the warm period that we have known for the last 10,000 years," says a still amazed Lorius.

The international collaboration formed around Antarctica in those early years gave the researcher a chance to confirm his theories. In 1984, in the middle of the cold war, Lorius landed at the USSR's Vostok base in a US Army plane. With an average temperature of –50 °C, and minima that can plunge to a mind-boggling –89 °C, Vostok is the coldest spot on Earth—and the Eldorado of every polar researcher. "The Russians were drilling in the hope of finding oil in the basement rock," recalls Lorius, who came across his own treasure-trove: hundreds of ice cores extracted down to a depth of 2 000 meters, representing 160,000 years' worth of glacial records. "This meant that we would be able to reconstruct an entire climatic cycle, in other words the 100,000 year-long period during which Earth 'wanders' in its ellipse around the Sun, moving further away from it (glacial period) and then slightly closer (interglacial period)."

Published in 1987 in Nature, the results correlating the temperature curve with atmospheric composition marked a turning point in the understanding of our planet. For the first time, they showed that the climate is directly related to the concentration of greenhouse gases in the atmosphere. And highlighted a problem: while variations in CO2 concentrations between glacial and warm periods remained tiny for hundreds of thousands of years, the difference in the amount of atmospheric CO2 since the industrial revolution has rocketed, leaving no room for doubt as to its anthropogenic nature. 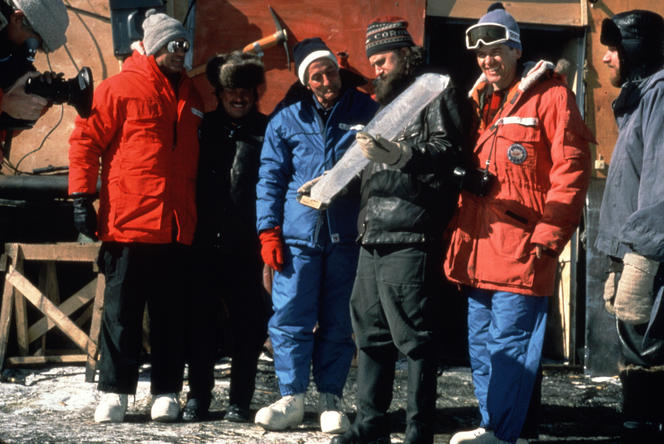 At Vostok, Claude Lorius (in blue) comes across a treasure-trove: ice cores extracted down to a depth of 2 000 meters. 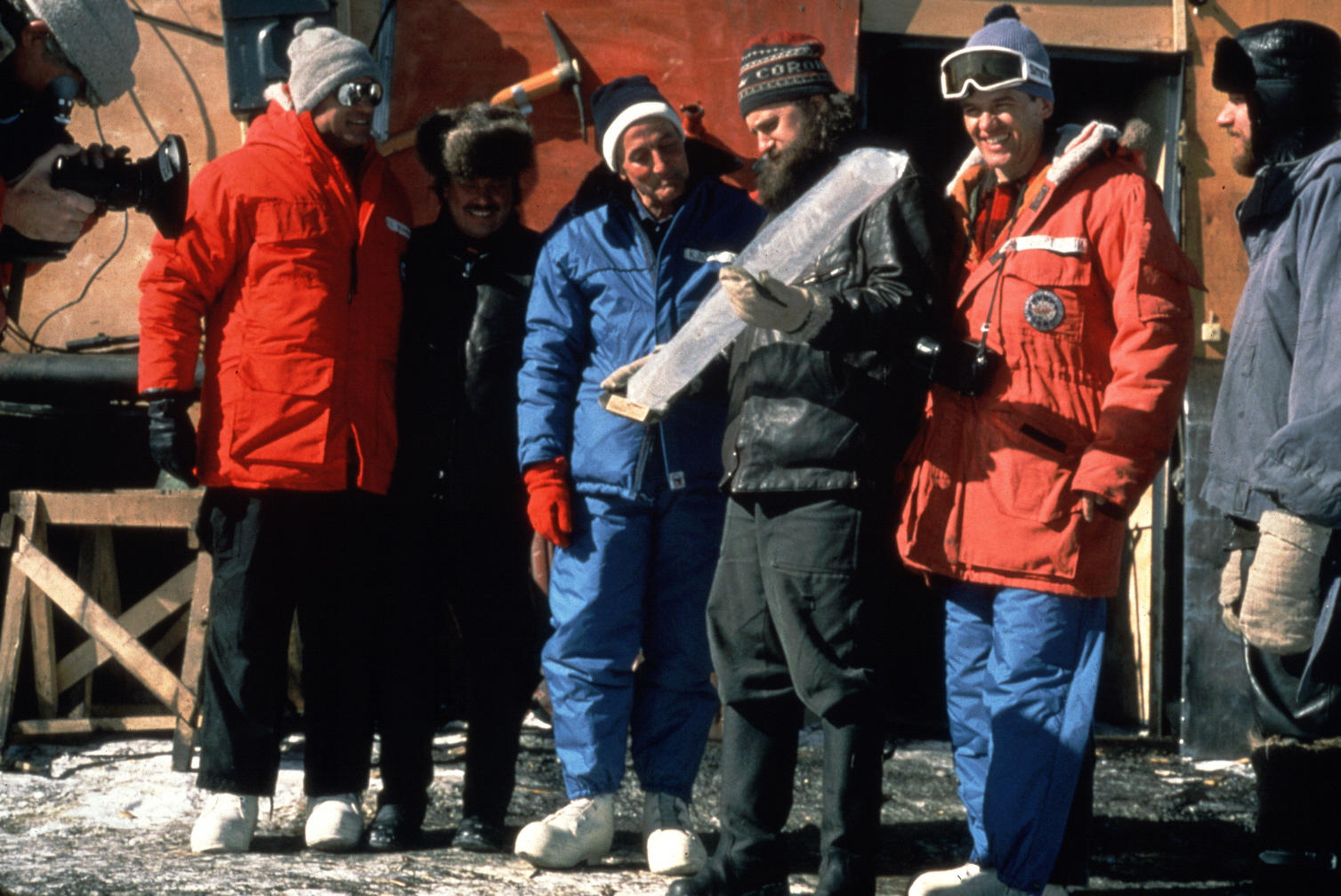 Subsequent ice cores, spanning 420,000 years of climate in 1991, and 800,000 years today, have only confirmed this worrying observation. And projections based on modeling do not bode well for the future: if the rate at which CO2 is released into the atmosphere is not drastically reduced, the Earth's average temperature could rise by as much as 5°C by the end of the 21st century. To put this in context, 5°C is the recorded difference in temperature between a glacial and a warm period...

Claude Lorius went on his last scientific mission in Antarctica in 1998, aged 66. However, he is not completely done with it. He goes back to the White Continent on conference cruises and for documentaries, in particular Luc Jacquet's film, shot between 2011 and 2014. Although the man who had all the Russians at Vostok singing "Frère Jacques" is nostalgic of his past expeditions, he admits to not being envious of life in the stations today: "Where's the adventure when everyone spends their time on the Net?" The only thing he really misses is no longer seeing the arrival every June of the endless lines of waddling emperor penguins, as they settle in for the winter: "It's the most incredible thing I've ever seen in my life."

Video
In Botswana, an amazing stream in the desert
climatology

Article
Dust, Blowing in the Winds of Climate Change