Thanasis Zovoilis/Getty Images
Share
Share
Sweets, toys, products... Youth marketing is now affecting all areas of consumption. Researchers are increasingly interested in analyzing the relationships—sometimes ethically problematic—between the world of childhood and the open market. We spoke with Valérie-Inès de la Ville, who chaired a recent conference on the issue.

In April, an international conference which you created in 2004, and for which you chaired the scientific committee this year, brought together in France specialists in psychology, sociology, history, management theory and others, as well as youth marketing professionals to discuss practices … and perhaps encourage a number of corrective measures. To begin, what can you tell us about the impact of our consumer culture on children?
Valérie-Inés de la Ville:1 One thing needs to be said from the outset: even supposing a baby or young child never sets foot in a shop, this doesn’t mean that they are not already swimming in a sea of commercial goods. In the home, they already see all the products that their parents carry back from the commercial world outside, together with the related packaging, logos, brand characters and so on. And if the TV or radio is switched on, they very quickly discover jingles, advertising, and all the rest. The commercial world comes to them since we are all entirely surrounded by a culture of mass consumption. It would be fair to say that even a baby in the womb is familiar with the commercial jingles its mother hears. In any event, an American study has shown that by the age of six months, infants recognize the McDonald’s logo. Later, although they cannot purchase products themselves, children often exert great influence on the purchases made by those around them (parents, grandparents, friends, siblings, school peers). It has been estimated that for certain product categories (food, holiday clubs, cultural outings and so on), they play a role in 70 to 80% of their families’ purchasing decisions. But they also represent a future market, since 75% of the brands to which they are exposed during childhood will loom large in their different purchasing choices once they have reached adulthood.

The phenomenon of children as consumers of products that are directly targeted at them has always existed… When did the major upsurge in this phenomenon take place?
V.-I V.: For centuries, objects for children were produced within a domestic agricultural or craft-based economy. From the end of the 18th century and, above all, in the middle of the 19th century, industries and markets specifically for children began to emerge in Europe and the United States. From this point onwards, commercial messages aimed at mothers, but also at children, gradually became more structured and gave rise to mass marketing. The first department stores, for example, introduced sections for small girls and boys, and handed out to children images or balloons with the shop’s name. These practices became more sophisticated at the start of the 20th century, as evidenced by the professional journals of the time teaching salespeople to address directly the children accompanying their mothers and to take into account the desires they expressed without offending the parents. For its part, already in 1900, the French chocolate company Poulain produced over 350,000 printed images that were inserted every day into the packaging of its chocolate bar. 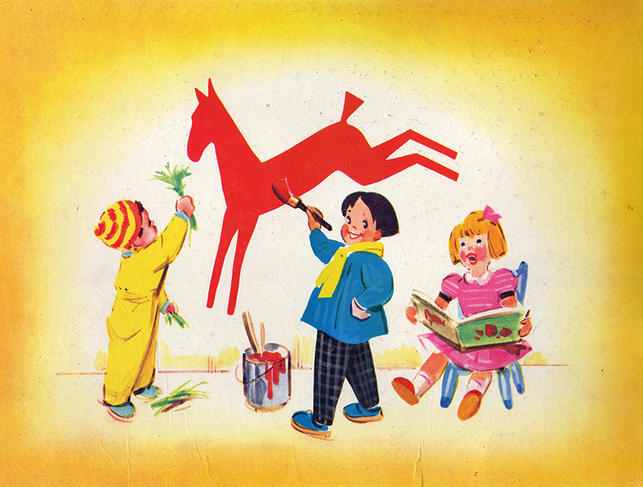 In 1900, Poulain (pictured here is an advertisement) produced more than 350,000 collectible images that were wrapped into chocolate bars. 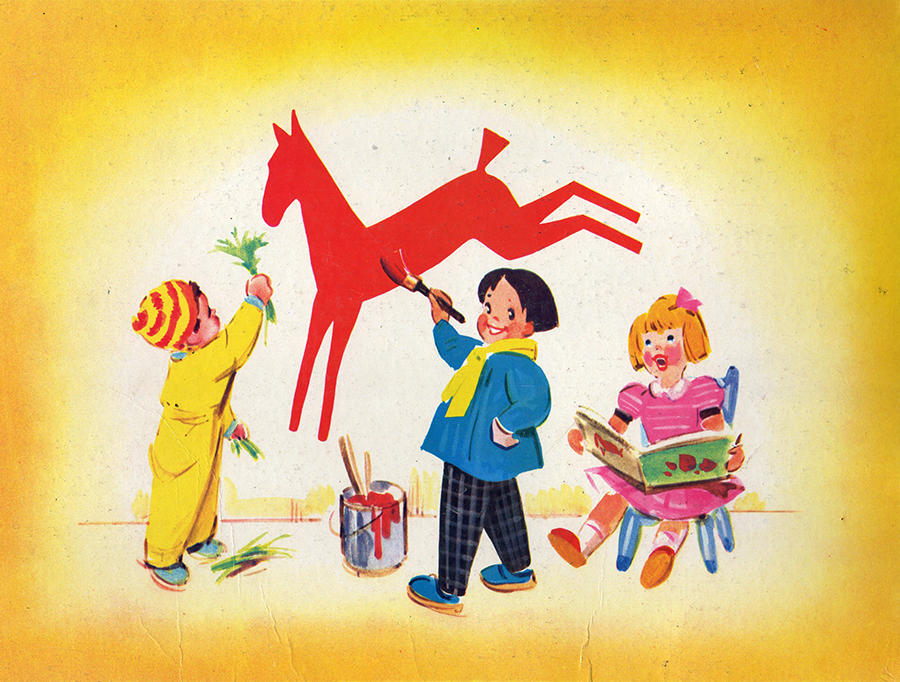 From Groquik, a vintage mascot for a chocolate drink powder,2 to Lulu the Teddy Bear used on the packaging of biscuits, the use of characters taken from cartoons or books is a very widely used marketing technique. What are its limits?
V.-I V.: Brand characters are used to create an affective link with children before they can read. Although these youngsters are not interested in the intrinsic characteristics of the product itself, they recognize the characters on the packaging and enjoy the imaginary adventures and playful activities that these characters are having. But using an extremely well-known licensed character of the moment does not always guarantee success, as illustrated by the example of the giant Shrek, selected by American food giant Kellogg's in 2007 to boost their sales of children’s cereals. US consumer associations attacked the company on the grounds that Shrek is an ogre who eats compulsively and has abysmal table manners, in addition to the fact that they believed that the nutritional characteristics of the associated cereals were not adapted to the requirements of children. This textbook case is reminiscent of the “Lulu the Teddy Bear” biscuits you mentioned. According to Open Food Facts, these biscuits would be classified as D on the Nutri-Score scale.3 For the NGO Foodwatch, the latter are promoted through the organization of birthday parties and a mascot that appeals to children. This is despite the fact that the Mondelez group signed an EU Pledge4 (a self-regulatory undertaking by food manufacturers) not to advertise to children under the age of 12.5

On this question, at the end of May, French Parliament relaxed its stance on having Nutri-Scores printed on packaging, but also refused to prohibit by law advertisments of foods containing excessive amounts of fat, sugar or salt to children. What is your opinion on these actions?
V.-I V.: First of all, advertising is prohibited in all public-funded TV programmes for children. Furthermore, while it’s important to limit advertising strictly aimed at children, or even to prohibit it completely in the case of junk food, banning such advertising from all television channels is not enough to solve the problem of obesity and could in fact create other problems. TV channels are contractually bound to contribute to funding the creation of programmes for young viewers. If their advertising revenue falls, their contribution to the funding of new children’s programmes will also fall since their contribution rates are based on level of turnover . 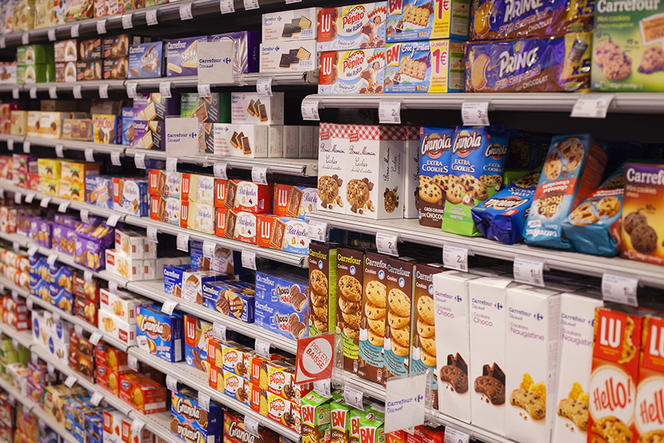 In May 2018, the French National Assembly refused to impose the Nutri-Score, a logo placed on packaging and intended to provide information on the nutritional quality of processed food products. Recommended by a ministerial decree of 2017, it remains today optional. 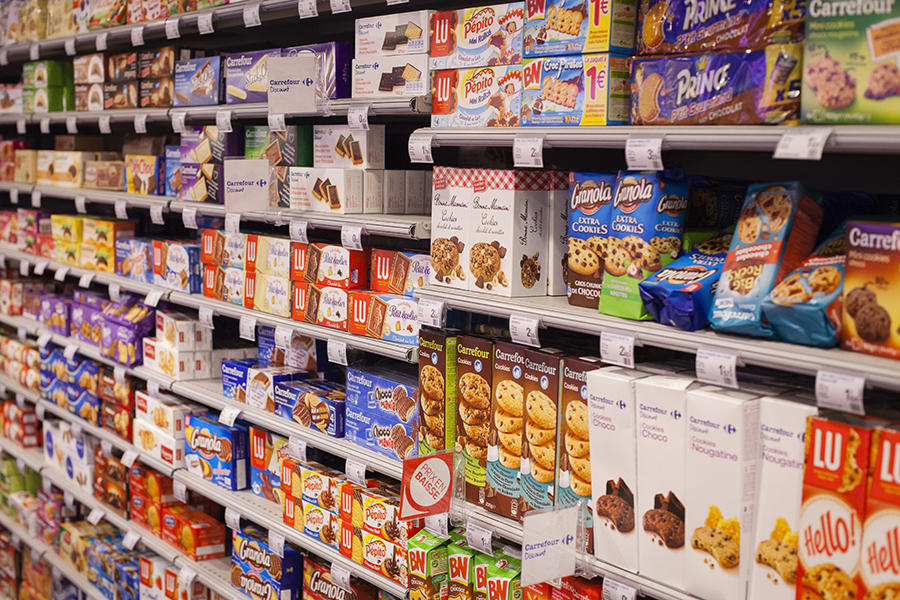 More generally, how can food manufacturers be encouraged to comply with certain ethical rules, while still under pressure from shareholders?
V.-I V.: Brands targeting children must understand that they bear some responsibility in the education of young citizens alongside other institutions such as the family, schools, the state, the medical professions, and so on. Already, SMEs are fully aware of the importance of committed dialogue with parents and of the need to ensure that this is faithfully reflected in their practices. In the food industry, the success of networks such as Biocoop stores, which are managed with a view to the long term, amply demonstrates that it is possible to instill other relations between producers, distributors and consumers. Young people themselves are becoming increasingly defiant of the promises and techniques of marketing, whose tricks are regularly denounced by consumer associations, and even by the French National Consumer Institute (INC), which conducts independent surveys highlighting the discrepancies between nutritional claims of products and their actual composition. Parents and younger generations are also very keen on the collaborative economy and undoubtedly contribute massively to enriching product databases such as Open Food Facts, Yuka, Foodvisor, and so forth. The increasing use of such free applications provides nutritional scores for most foods, which should have a direct adverse impact on the sales of brands with little concern for the veracity of the marketing messages they convey.

What problems arise from marketing so-called “energy drinks” that are regularly consumed by 68% of adolescents?
V.-I V.: The marketing of these brands generally plays on the excitement associated with extreme experiences and transforms drinks with a high caffeine content into magic potions. By sponsoring high-level competitions in such fields as diving, freeriding and BASE jumping, brands forge an image in the minds of adolescents associating them with high-end sporting performance. In reality, a number of products are criticized by doctors as cocktails of chemical substances that if consumed excessively are likely to cause headaches, sleep disturbances, cardiovascular shock and severe hepatitis, particularly if they are used for rehydration following intense physical effort. 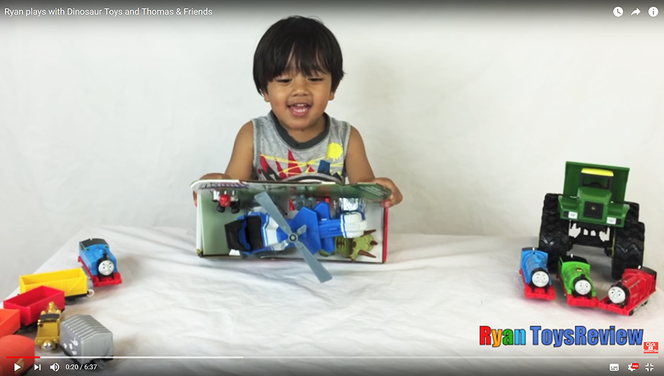 Ryan, a six-year-old American, made over $11 million in one year from unboxing toys on Youtube: is it a hobby or a job? 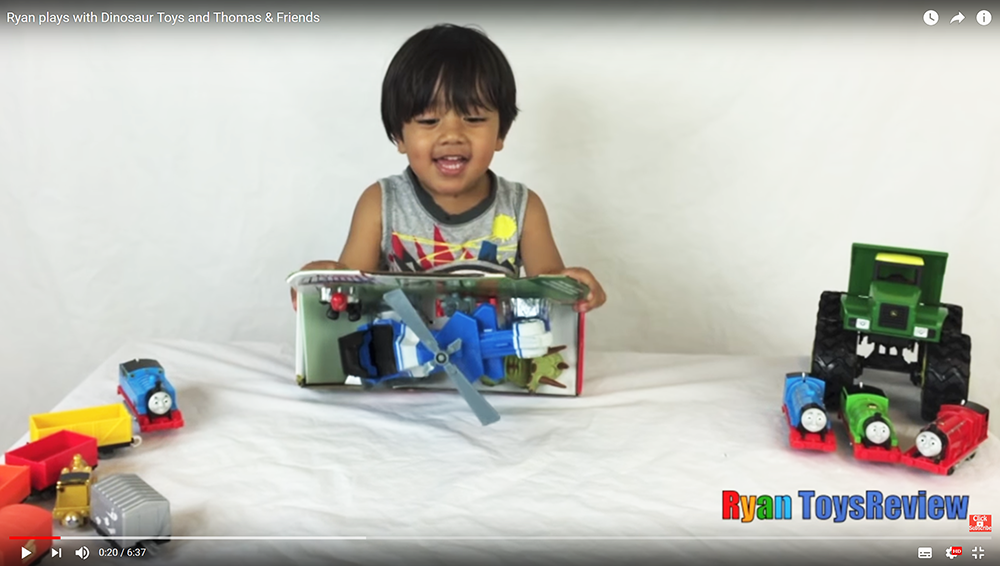 The current priority target for brands today is the tween segment, i.e., children aged roughly from 8 to 12 years. Why is that?
V.-I V.: These apprentice consumers, who vehemently reject all things seemingly childish and seek to imitate adult models, are eager to discover the universe of brands and use them as a means of constructing their own social identity. They are also extremely sensitive to belonging to groups and they readily accept recommendations from their peers, and of course their use of social media ensures independence from their parents. Last, and crucially, they have significant pocket money to spend. A recent study conducted by a consultancy firm found that the pocket money given to children aged between 4 and 14 years each year in France totals around €1.1 billion.

Young people are watching less and less TV but this doesn’t mean that they are no longer targeted by marketing… What strategies are brands using to counter this phenomena?
V.-I V.: Young people hate being nagged by invasive advertising messages that interrupt whatever cultural activity they happen to be engrossed in. They prefer to use their mobile phone to watch advertising-free short-streamed programmes or VoD. Production studios and advertisers have understood this and have found a way around it: increased product placement (i.e. paying to have their brand mentioned or displayed in an audiovisual production). This practice is forbidden in France in programmes for young people but it is authorized for movies, TV series and music videos.

Teenagers are also upsetting the marketing leaders by posting unboxing videos6 on YouTube. What is the status of young YouTubers such as Ryan, a 6-year-old American child who earned $11 million (€9.4 million) between June 2016 and June 2017 simply testing toys?
V.-I V.: For the moment, there are no legal rules governing these practices. Is this a leisure activity or is it work? The OPEN (Observatory of Parenthood and Digital Education) Association considers this activity to be a form of undeclared work that generates revenue for parents and they are calling for legislation on this point. Since these YouTubers set up partnerships with brands, the European Advertising Standards Alliance (an association that brings together broadcasters, platforms and media groups to propose self-regulatory codes of practice governing digital advertising) suggests that YouTube videos should be forced to identify the content sponsored by brands, thus effectively earmarking such content as advertising. In the end, today’s children play (or work…) at creating content that will allow them to build audiences of followers, from which they can then derive revenue from the platforms broadcasting their productions (YouTube, Facebook, Twitter, Instagram, and so on). Children are thus at the very heart of a new capitalist mass-media system built upon their creativity and upon audience-generated content.

Videos of the papers presented during the International Child and Teen Consumption Colloquium are available here.

Article
Feminicide: naming the crime in order to fight it
Social sciences