Artist's impression of a micronova in a binary star system, with a white dwarf in the foreground and its companion star in the background.
Mark Garlick (http://www.markgarlick.com/)
Share
Share
Based on observations by the European Southern Observatory's Very Large Telescope, a team of astronomers has discovered a new type of stellar explosion. A million times less powerful than novae and much more short-lived, these explosions have been dubbed micronovae.

Although astrophysicists generally focus on extremely long-term processes, the increasing number and precision of observations and measuring instruments has recently led to the discovery of much more short-lived events. Now, one such phenomenon lasting just a few hours has been identified for the very first time by a team of astronomers,1 who have dubbed it a micronova. In their paper, published on 20 April in Nature, they show that micronovae are thermonuclear explosionsFermerSudden, massive nuclear fusion chain reactions in which two atomic nuclei combine, forming a third, heavier nucleus. The chemical elements involved are usually hydrogen and helium, and this is in fact how the other chemical elements are formed inside stars. on the surface of white dwarfsFermerStars that form following the collapse of the core of larger stars. Their mass is generally comparable to that of the Sun, while their size is similar to the Earth's. Our own Sun will turn into a white dwarf at the end of its life cycle., caused by the accumulation of material confined at the poles of these stars by powerful magnetic fields. However, although a micronova is indeed a small novaFermerA star that briefly becomes much brighter than usual. Originally (and mistakenly) thought to herald the birth of a new star, this phenomenon can take place many times over a star's lifetime., this by no means implies that it is an extremely small supernovaFermerAn event that occurs at the end of a star's life. It is marked by an explosion that triggers a massive increase in its brightness..

To understand why, we need to take a look at the historical origins of this misleading terminology. It is well known that the light from a nova or a supernova, phenomena that have been observed for centuries, can reveal the presence of a star that may not have been visible before. This is probably why “the word ‘nova’ (plural, ‘novae’), which means ‘new’ in Latin, was originally used by astronomers, who thought that these lights in the sky were related to the birth of new stars,” explains Jean-Pierre Lasota, CNRS research professor emeritus at the Institut d'Astrophysique de Paris (IAP).2 “Although it was subsequently realised that this wasn't the case, the name continued to be used to describe any explosion of matter accumulated on the surface of a white dwarf,” adds the researcher, who is also a professor at the Nicolaus Copernicus Astronomical Center (NCAC) in Warsaw, Poland.

Artist’s animation of a micronova

“In fact, some of these phenomena are fundamentally different,” he points out. Supernovae involve either the explosive destruction of a white dwarf, or the collapse of the core of a massive star – to a neutron star or to a black hole – accompanied by the explosive ejection of their envelope. They are quite distinct from novae, and also from the newly-discovered micronovae, which do not lead to the demise of their stars and instead begin to accumulate material again. Consequently, only novae and micronovae appear to be comparable. While the 20,000 billion tons of matter burned up by a micronova might seem impressive, the energy emitted is in fact a mere one millionth that of a nova. And it lasts for only a few hours as opposed to several weeks for a nova, hence the name of this new type of stellar explosion.

Explosions confined to the poles

The thermonuclear explosions are fuelled by a layer of hot, dense hydrogen that builds up on the surface of the white dwarf. This process is only possible if the latter is accompanied by a second, smaller star from which it accretes – or better said tears away and collects material thanks to gravity. Classical novae can occur over and over again on the same star, at intervals of tens or hundreds of thousands of years. In the case of novae and supernovae, the entire surface of the star is involved. However, in micronovae, the thermonuclear explosions are confined to certain well-defined locations at the poles determined by the action of the star's powerful magnetic fields, and they recur far more frequently. The explosions take place when columns and filaments of material funneled towards the poles by the magnetic field ignite, converting hydrogen into helium. This is the first time that such localised thermonuclear explosions have ever been identified in space.

Micronovae resemble another astrophysical phenomenon, X-ray bursts. These happen on the surface of neutron stars, which have a mass similar to that of white dwarfs, but are much more compact. An X-ray burst is a brief (lasting only a few seconds), powerful thermonuclear explosion, which is caused by a build-up of helium previously produced by the non-explosive combustion of hydrogen.

So far, micronovae have been detected on only three stars. Two of them were already known to be white dwarfs belonging to a category of stars called intermediate polars, which have a strong magnetic field (there is also a family of polars with even stronger magnetic fields, but no micronovae have yet been detected on them). “We don't really know where the magnetic field of white dwarfs comes from,” Lasota admits. “These bodies are the remnants of low-mass stars and may have retained their magnetic field, which could however have developed later.” The question of the accumulation of matter on the surface of magnetic white dwarfs has intrigued Lasota for some forty years. In 1985, with his colleague and friend Jean-Marie Hameury, research professor at the Strasbourg Astronomical Observatory,3 he designed a model describing the confinement of hydrogen by the magnetic field of a white dwarf, which is one of the reasons why he was included in the team that discovered micronovae.

“This finding won't fundamentally shake up astrophysical models, but it does shed light on one of the most complex processes in physics: the interactions between magnetic fields and matter,” Lasota explains. “Micronovae illustrate the way in which magnetic fields can accumulate large amounts of material under the conditions found on the surface of white dwarfs.” 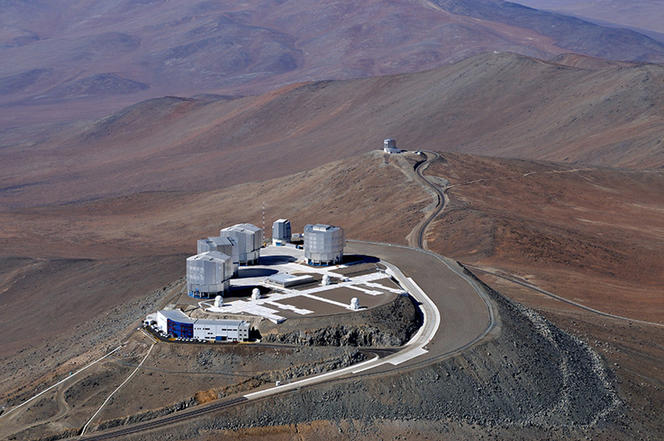 Micronovae were discovered thanks in particular to observations made with the X-Shooter instrument on the Very Large Telescope (VLT), located in Chile's Atacama desert. 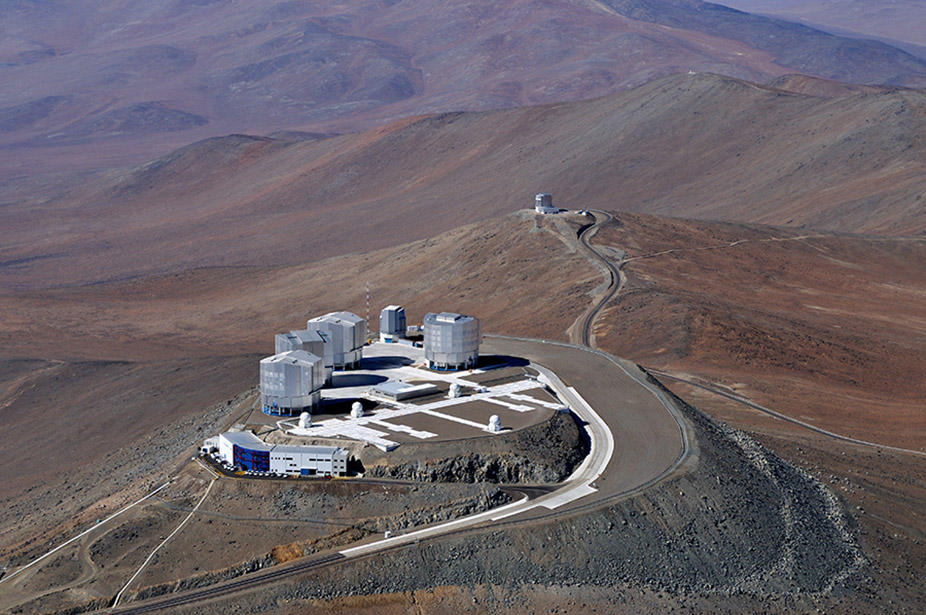 There remains a major challenge: how, in the immensity of space, can a phenomenon that lasts just a few hours be detected? This is a key question, because the recent discovery of micronovae owes much to chance, as well as to data from NASA's TESS satellite,4 which always searches for exoplanets using the same “transit” method, namely looking for the dip in brightness of a star when a planet passes in front of it. While surveying various stars at frequent intervals, TESS happened to spot flashes of light corresponding to micronovae on three white dwarfs. The third one was identified using additional observations from the X-Shooter instrument on the European Southern Observatory (ESO)'s Very Large Telescope (VLT) located in Chile's

“That’s the beauty of astronomy,” says Lasota. “When you're studying the physics of elementary particles, you have to set up a specific experiment that hardly ever shows you anything other than what it was designed to show. Whereas astrophysics is a science of observation where there's always a chance you'll discover something unexpected. ”