Home / Articles / Ancient Naples: the Writing on the Wall

Ancient Naples: the Writing on the Wall

Home / Articles / Ancient Naples: the Writing on the Wall
0 comment
Society
Archaeology
-A +A
article

Ancient Naples: the Writing on the Wall

View of the eruption of Vesuvius in 79 AD, from the bay of Naples, as imagined by the artist William Turner between 1817 and 1820.
YALE CENTER FOR BRITISH ART, COLLECTION PAUL MELTON
Share
Share
Whether it be temples, statues or artifacts, archaeological remains are irreplaceable testimonies of the past. Yet to those who know how to listen, other, rather unexpected witnesses such as... pollution have a story to tell.

Less visible than antiquities but equally informative and reliable, traces of lead pollution contained in walls of sediment have made it possible to retrace some of the history of ancient Naples, nearly 2,000 years after the eruption of Mount Vesuvius in 79 AD. While scientists had long been wondering about the impact of this dramatic event on the region's water supplies and its Aqua Augusta aqueduct, recent extension works on the Neapolitan underground and the subsequent discovery of the city's Greco-Roman port eventually enlightened them.

Over a ten-year excavation campaign initiated in 2004,1 an international team of  archaeologists, geoarchaeologists and geochemists2 succeeded in relating the lead trapped in the mud and silt of the port with that of the water pipes used during that period—and demonstrate that the area's hydraulic network had been destroyed by the eruption.3

"We had to carry out several missions, as excavation slowly progressed, to collect samples from the 6-meter-thick sediment layers," explains Hugo Delile, a postdoc geoarchaeologist at the MOM laboratory4 in Lyon (France). "The ancient port of Naples is indeed a few meters below the current sea level, due to normal sea level rise, exacerbated by global warming and soil subsidence caused by volcanic activity." 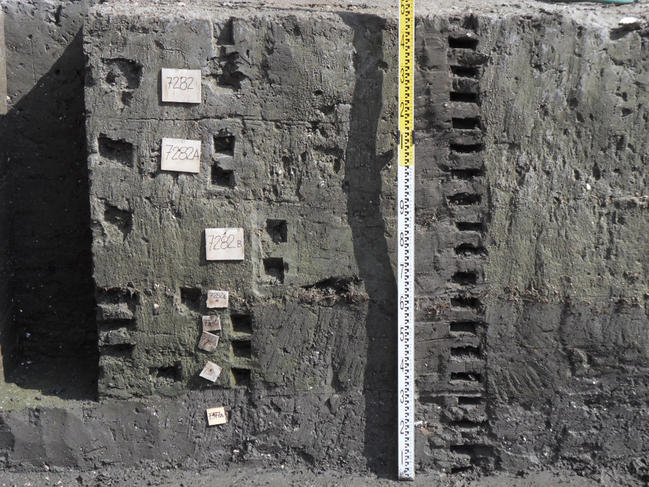 A stratigraphic section sampled as part of the study. It is made up of muddy port sediments whose lead isotope compositions reveal the Roman history of the town. 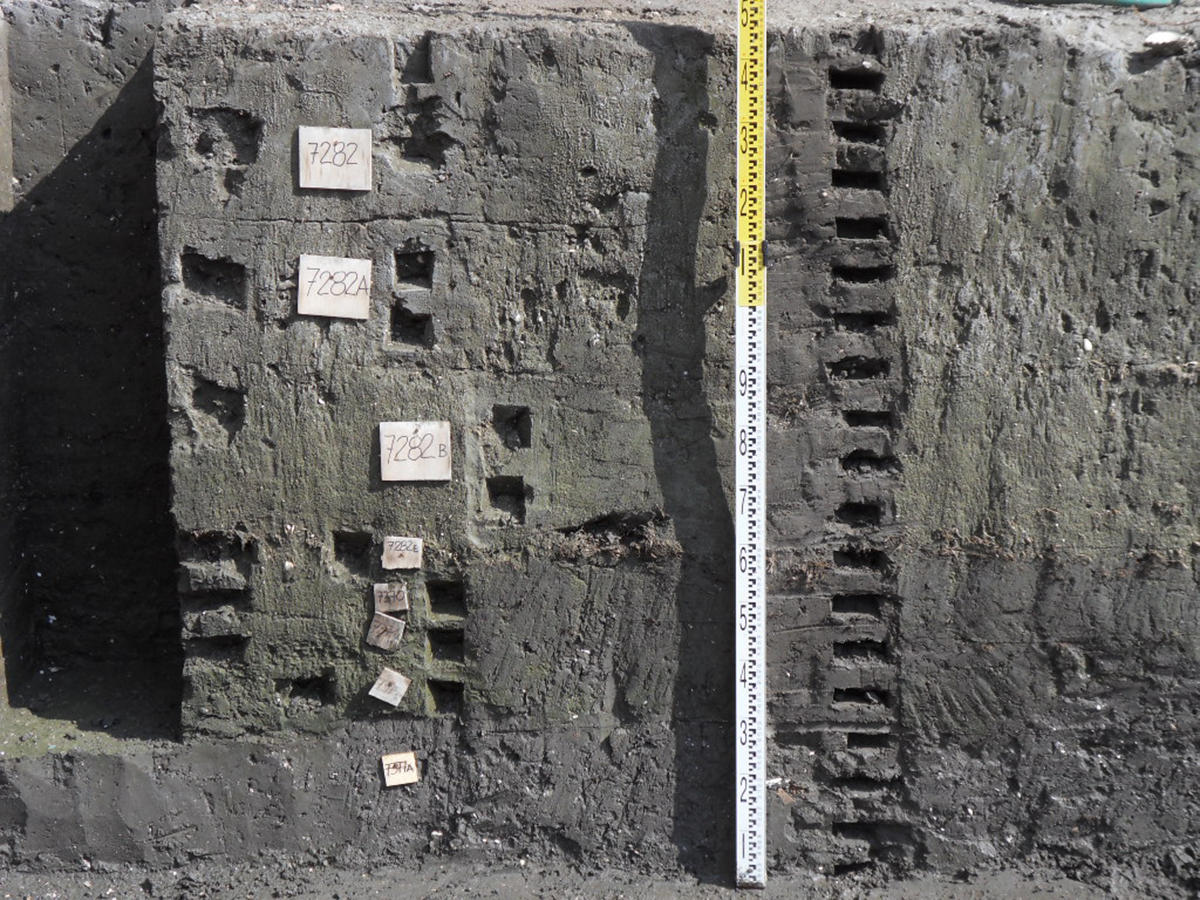 A stratigraphic section sampled as part of the study. It is made up of muddy port sediments whose lead isotope compositions reveal the Roman history of the town.
Hugo DELILE
Hugo DELILE
Share
Share

Lead pipes throughout the Roman Empire

The researchers were then able to relate the lead samples contained in the sediment to carbonate deposits from the remaining sections of Aqua Augusta, the partially buried 140-km long masonry aqueduct, which showed traces of lead contamination. "Taking external (soil and climate) and internal conditions into account, we came to the conclusion that the lead could only come from the pipes, whose water then contaminated the port," Delile says. "It was the same thing in Rome, as the use of lead pipes became widespread in Roman times, gradually replacing previous water supply sources and networks."

The researchers separated the lead naturally present inside sedimentary particles of matter from that adsorbed on them as a result of human activity. Using a multi-collector mass spectrometer (MC-ICP-MS), they analyzed it in liquid form in the Lyon geology laboratory to determine its isotopic composition, as each type of lead has its own "signature," depending on the proportion of its isotopes. Results showed that the samples predating the eruption of Mount Vesuvius were different from the lead used afterwards. These findings suggest that the region's water supply network was destroyed during the event and rebuilt some 15 years later, with lead from other mines.

"As the Romans conquered or lost new territories, they exploited different ores, which had formed in different geological settings at different times of the Earth's history," Delile points out. "The one used in Naples after 79 AD, for example, is likely to have come from Western Europe, and more specifically from France, Germany, the Alps, England and Spain." 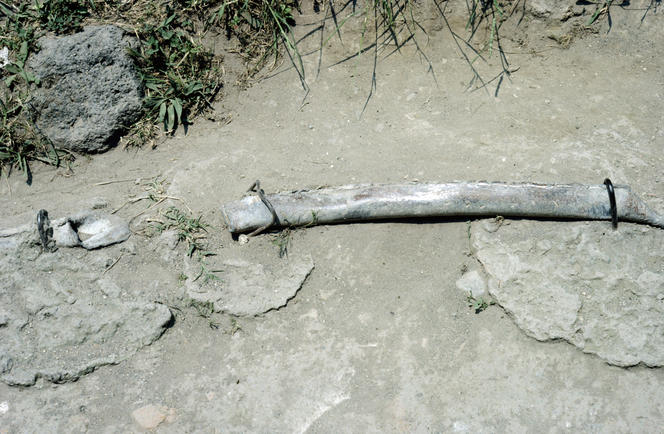 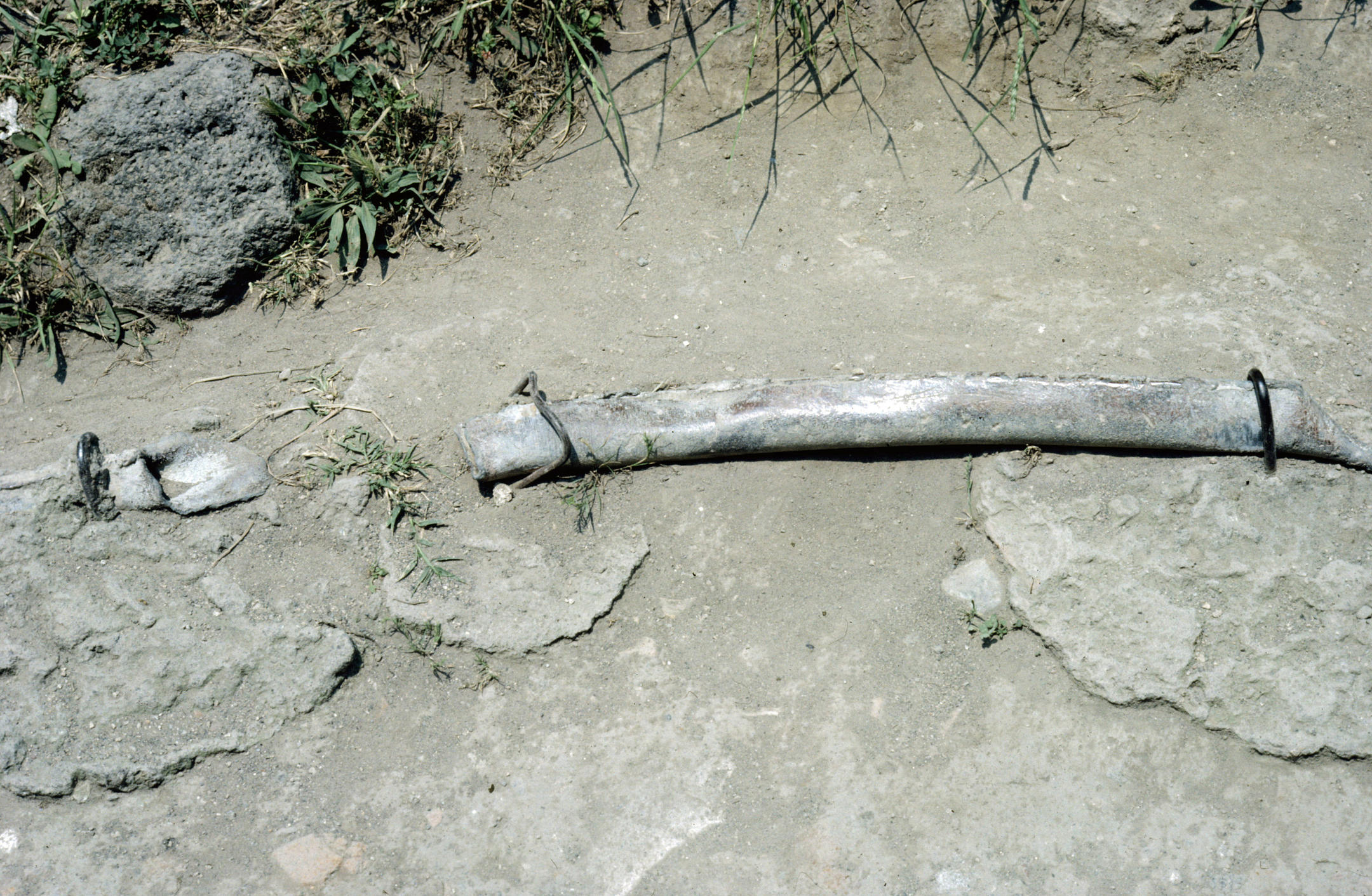 The study also brought to light the various stages of urban development in Naples, with a high anthropogenic lead component corresponding to the expansion of the city's hydraulic network, while smaller or negligeable quantities reflected troubled periods such as invasions, epidemics or volcanic eruptions.

"In those days, a strong level of contamination was a sign of prosperity, whereas it is the exact opposite today," Delile notes. Ancient testimonies suggest that the Romans were already conscious of the toxicity of the metal, but used it for convenience as it is "malleable, easier to shape than iron and its melting point is very low," the researcher explains.

Yet our Roman predecessors were no bigger polluters than we are and their environmental footprint was similar to our own, in particular with regard to urban waters in Rome and Naples. If pollution is "as old as mankind" though, it is reversible, the researcher believes. "Hence the importance of learning from the past to implement adequate and efficient capture and storage solutions." This is all the more necessary as ancient pollution trapped in sediment could be released as a result of hydro-climatic changes capable of producing chemical time bombs, he warns.

Research based on the analysis of metal sediments could therefore be extended to other regions of the world—both for monitoring and historical purposes. For all its flaws, the metal remains an invaluable witness of its time—whatever the times.