Home / Opinions / Why Do we Sleep?

Why Do we Sleep?

Home / Opinions / Why Do we Sleep?

Why Do we Sleep?

Paul-Antoine Libourel
Sleep is a loss of time and—at least for wild animals—increases the risk of being attacked and eaten. So why has evolution perpetuated this function? According to the biologist Paul-Antoine Libourel, reptiles and amphibians hold the key to this mystery.

Why sleep? This state of inactivity reduces the amount of time animals can devote to the search for food and mates. Natural selection would certainly have eliminated this period of vulnerability if it were not needed for survival. Obviously, sleep must serve some specific purpose, but dozens of years of research in the field have failed to provide a single accepted scientific explanation. Recent studies have shown that, for land mammals and birds, sleep plays a role in the consolidation of memory, management of emotions, synthesis of metabolic substances and optimization of the immune system. Yet why can’t these functions be performed during waking hours? It might be better to look at the question from a different perspective: what if sleep had more than one purpose? What if evolution simply used it to develop various mechanisms specific to certain species?

Defining sleep is no mean feat

Knowing whether all species sleep and whether their sleep mechanisms have been preserved over the course of their evolution is essential to understand sleep—provided that it can be defined. A “behavioral” definition, based on observation, was proposed in the early 20th century: sleep is a state of behavioral inactivity that only occurs in a specific place and position. This state must be reversible with sufficient stimulation, and the threshold of waking must exceed that of a mere period of rest. Deprivation of this state must lead to a period of recovery. Based on this point of view, it would seem that all animals, including insects, scorpions and spiders, sleep, although certain exceptions have been reported. 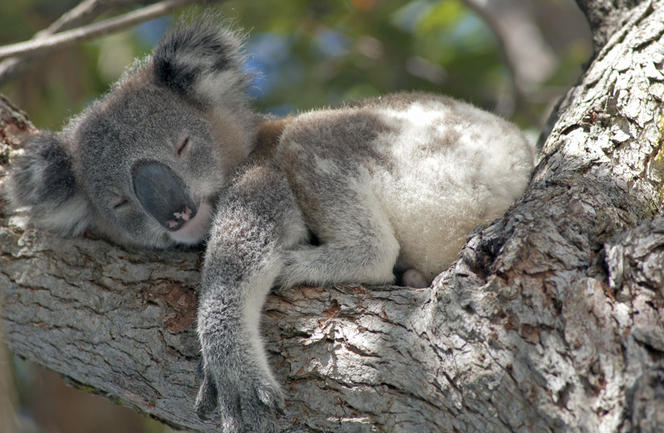 This dozing koala seems vulnerable to predators. Why does it need to sleep? What if sleep is used by evolution to develop various biological mechanisms? 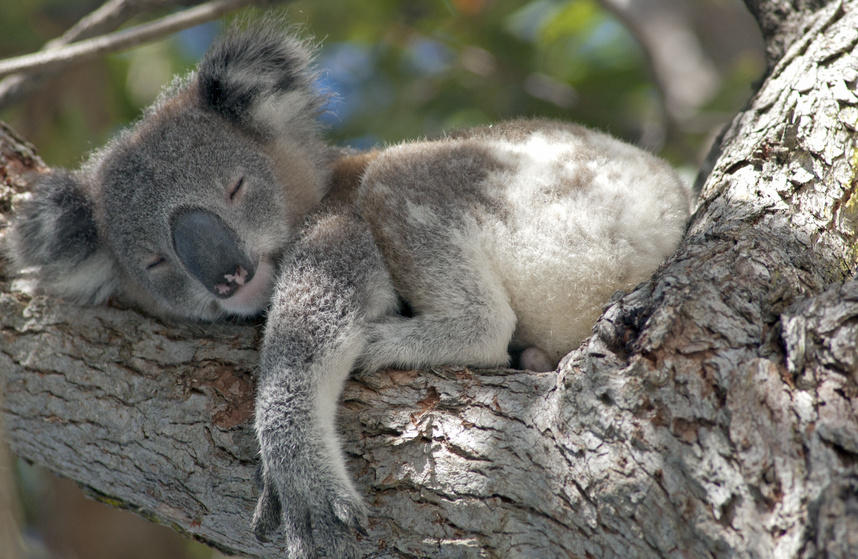 However, the issue became more complex with the development of cerebral activity recording techniques, which provided an additional—electrophysiological—definition. In the 1950s, a team of US scientists, followed by a French researcher in Lyon, demonstrated the existence of two states of sleep in humans and cats. The first state, characterized by cerebral activity of high amplitude and low frequency, is called quiet sleep, and the second, where cerebral activity resembles the waking state, is associated with complete muscular relaxation. This “active sleep” phase, accompanied by rapid movements of the eyes and extremities, was called paradoxical sleep by the French researcher, Michel Jouvet, and REM (rapid eye movement) sleep by the US team. This is the phase in which dreams occur.

Land mammals and birds (warm-blooded or homeothermic tetrapods) experience these two electrophysiological sleep states. But what about reptiles and amphibians (cold-blooded or ectothermic tetrapods)? To answer this question, I recently compiled, in collaboration with Anthony Herrel of the French National Museum of Natural History, the very first synthesis of all the scientific studies—and notably those conducted in the 1970s—on reptilian and amphibian sleep.1 These surveys confirmed that reptiles and amphibians do indeed sleep according to the behavioral definition. On the other hand, we knew very little about the electrophysiological nature of their sleep, for lack of relevant measurements. It had been observed that reptiles experience eye and limb movement during sleep, but there was no evidence linking these movements to either active (paradoxical) sleep or a state of micro-wakefulness. Nonetheless, absence of proof is not sufficient to reach a conclusion. In other words, we still had no idea whether snakes “dream”…

To find out whether these animals experience active sleep (or at least a precursor form of paradoxical sleep), we needed more data on their cerebral activity. Since the brains of reptiles and amphibians, which have no neocortex, are organized differently from those of mammals, they do not generate the same brain signatures and must therefore be studied more in-depth. With this in mind, I initiated a comparative study, with the “SLEEP” team of the  Lyon Neuroscience Research Center (CRNL)2 and in collaboration with Herrel, on a species of lizard. We chose the Argentine black and white tegu (Tupinambis merianae), whose complex behavior seems compatible with the existence of active sleep, insofar as this phase occurs in reptiles. Since there was no cartography showing where to place electrodes to record the cerebral activity of this species, we used MRI and a high-definition scanner to produce images of the animals’ skulls and brains. 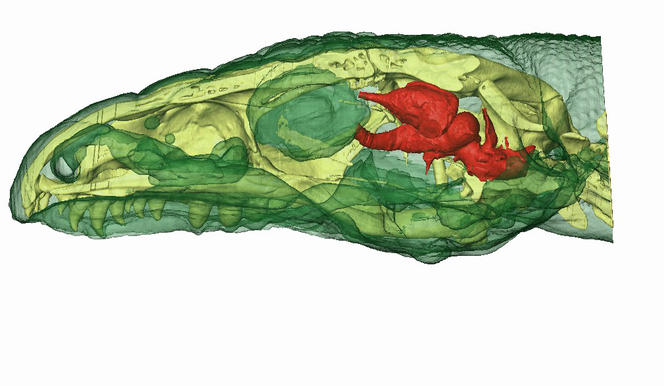 A 3D reconstruction of the skull (in yellow), brain (red) and external tissues (green) of a lizard (Tupinambis merianae, the Argentine black and white tegu). Produced using MRI and a high-definition scanner. 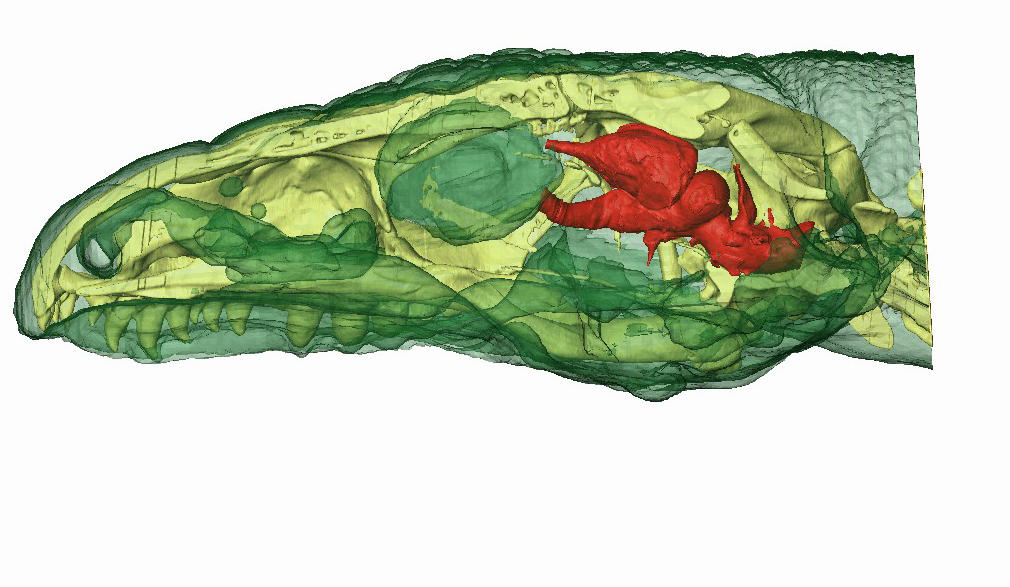 We then set up a wireless recording system (in order to give the lizards greater freedom of movement) to measure the parameters that characterize sleep—cerebral activity in four different regions, eye movement, muscular tension, respiratory rate, heart rate and body temperature—and filmed the specimens 24 hours a day for one month. The initial results seem to confirm the presence of behavioral sleep, punctuated by eye and finger movements. However, this is only the very beginning of our study…

In our view, it is essential to develop further behavioral and electrophysiological studies of reptilian and amphibian sleep, which have yet to be explored in detail by sleep specialists. Reptiles share a common ancestor with birds, and amphibians constitute the foundation of this zoological group. The evolutionary position of these animals, which possess distinctive physiological characteristics—especially in terms of thermoregulation—makes them indispensable for elucidating the origins of sleep and dreaming. They are the ideal models for unlocking the secrets of our own sleep.

It is also advisable to go beyond the accepted definitions based on mammalian sleep and find ways to compare species that are as diversified, both from an ecological and morphological point of view. A consensus must be reached on the definitions and comparative methodological approaches to be able to compare those factors that are comparable and resolve the many mysteries of sleep.  This is another important aspect of our research, which we hope will ultimately provide an answer to an age-old question: why do we sleep? 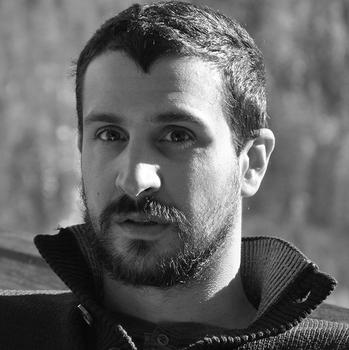 A specialist in signal and image processing, Paul-Antoine Libourel is a research engineer in the "SLEEP" team of the Lyon Neuroscience Research Center....