Why Do we Age?

Why Do we Age?

Vincent Géli and Eric Gilson
We all know that our bodies deteriorate as we get older. By trying to understand why, scientists are hoping that they may eventually be able to slow down, or even stop, this process.

Why do physiological systems decline gradually over time? Are we genetically programmed to age? What are the links between cancer, neurodegenerative diseases and ageing? Why do some species age more rapidly than others? Although the answers to these questions are as complex as their formulation is simple, recent discoveries have given scientists a better grasp of the causes and consequences of ageing.

Is ageing a cellular issue?

The first signs of ageing are evident: the posture sags, muscles wither, the skin wrinkles, the hair goes white and the probability of onset of certain diseases—such as cancer or neurodegenerative diseases, etc.—markedly increases. These symptoms result in part from the individual ageing of cells in the body, but are also dependent on the close coordination between the elimination of old cells and the generation of new ones. 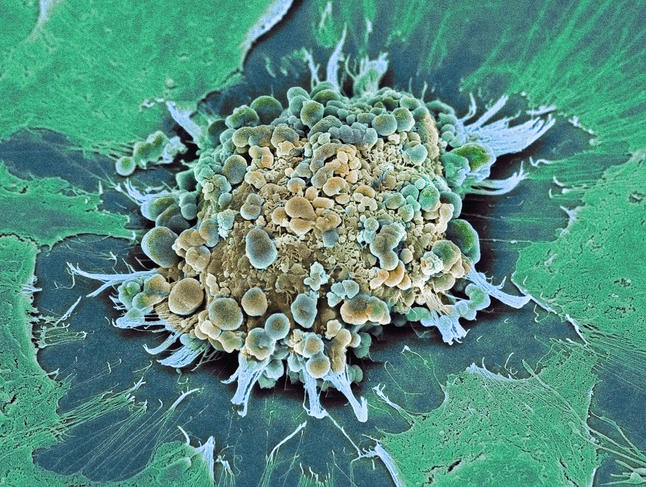 Cancer cell undergoing apoptosis. This programmed cell death mechanism is one of the causes of ageing. 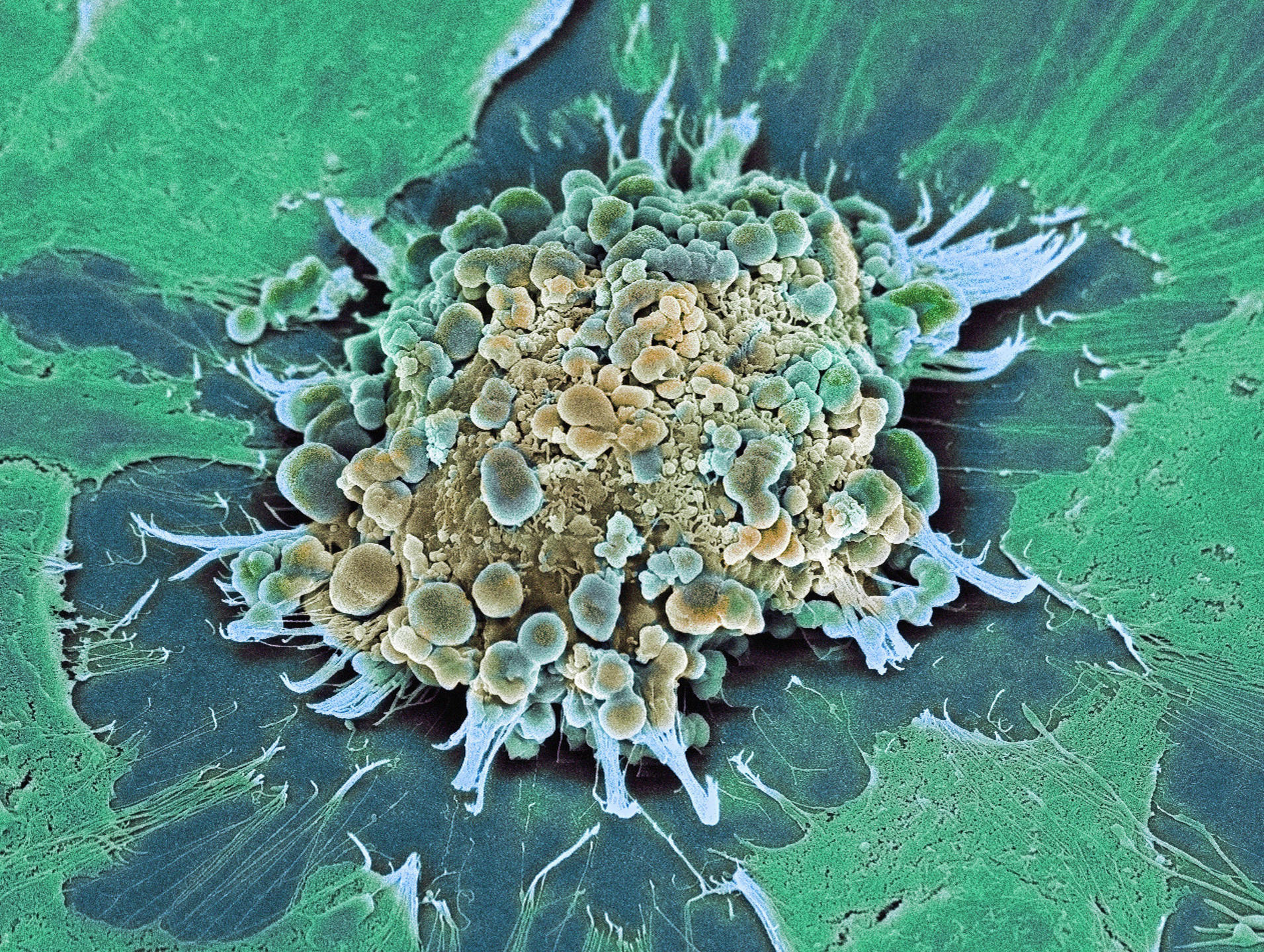 It is a known fact that even single-cell organisms such as bacteria and yeasts do age: as they grow older, their cells finally accumulate damage that causes their dysfunction. But the ageing of the body, and maintenance of its physiological functions, are also intimately linked to another two complementary phenomena: the elimination of “old” cells by means of programmed cell death mechanisms (apoptosis) or cellular senescence (cells are metabolically active but unable to divide), and the constant renewal of cells in our tissues through the proliferation of stem cells.

An initial clue to ageing is an accumulation of mutations in the genetic material.

Extraordinary progress has been achieved in determining the biological scars carried by old cells. An initial clue to ageing is an accumulation of mutations affecting the genetic material. Despite the phenomenal ability of cells to repair DNA damage, mutations manage to pass through this screening. This genetic instability can then result in a loss of function linked to a mutated gene, or the self-destruction or proliferation of cells. In this sense, cancer is a disease of ageing.

Genetic instability may also affect tissues whose cell renewal is limited, such as the brain; in this respect, it may contribute to the onset of neurodegenerative diseases. Finally, some mutations have effects that trigger premature ageing. These genes generally contribute directly or indirectly to maintaining the integrity of the genome. Their mutation leads to massive apoptosis, which prematurely exhausts the body's potential for renewal.

Changes to the organization of the chromatin, which is how DNA is packaged in the nucleus, are another sign of cellular ageing. These modifications to the chromatic structure—qualified as being epigenetic because they do not affect the DNA sequence itself—actually control most of the mechanisms that regulate the expression of the genetic information carried by DNA. For instance, it has been demonstrated that hematopoietic stem cells present different epigenetic marks as a function of their age, and that these marks determine the fate of the blood cells that arise from these stem cells. 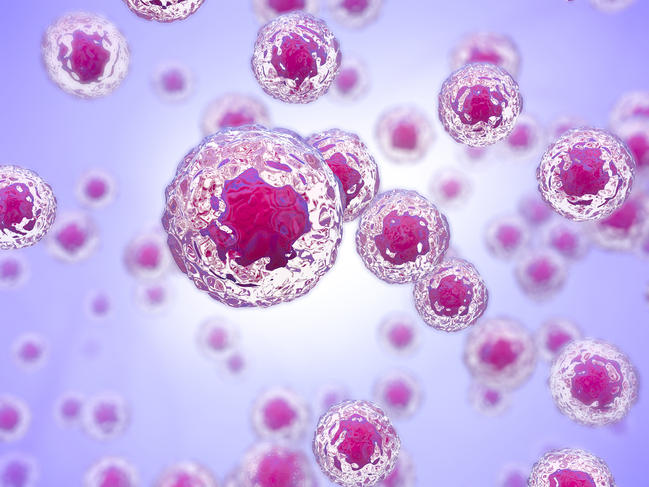 Artist's impression of stem cells. The epigenetic marks carried by stem cells, which differ depending on their age, govern the fate of blood cells. 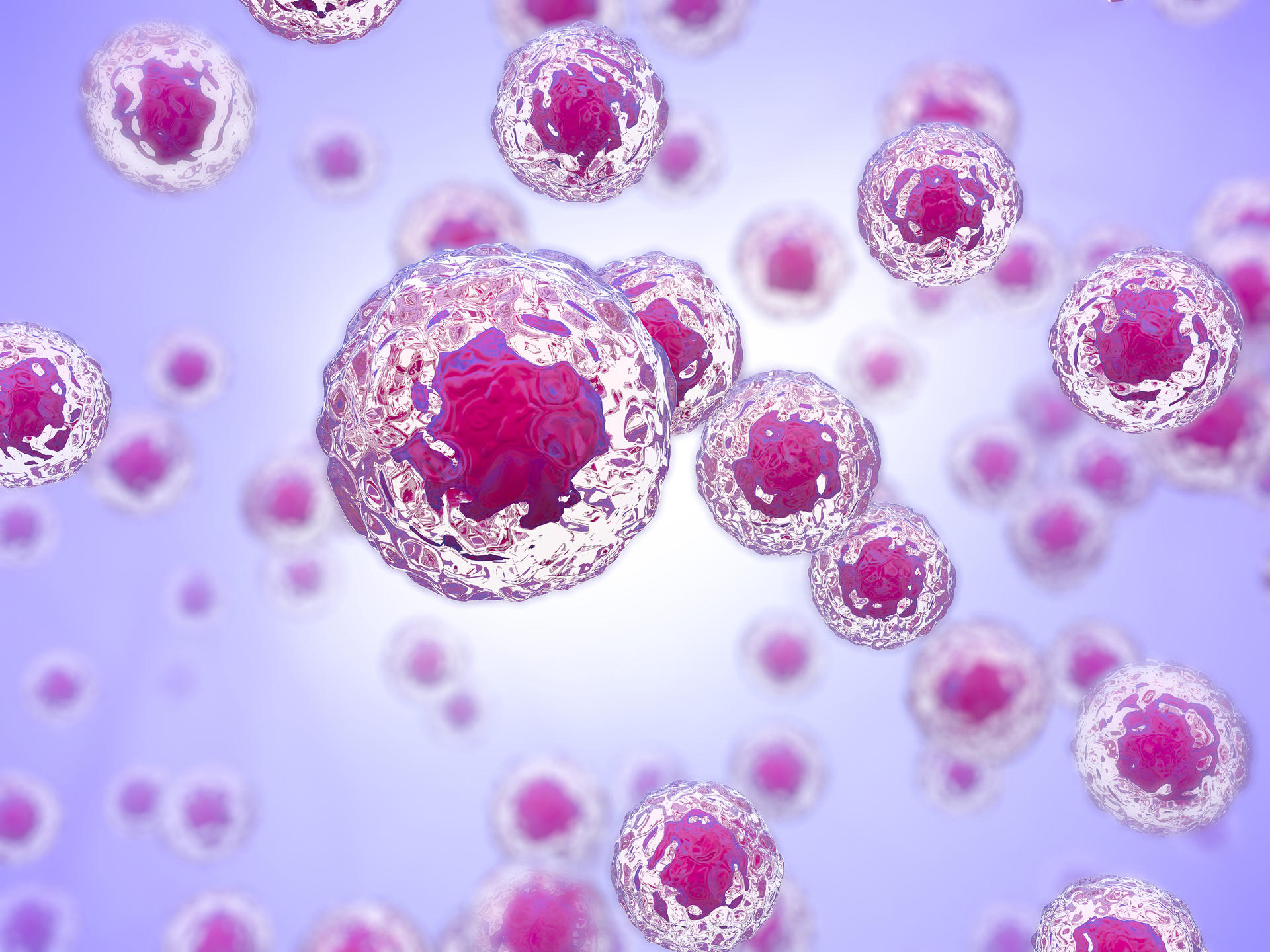 Furthermore, some molecules that contribute to the establishment of epigenetic modifications are regulated by metabolites whose intracellular concentrations are diet-dependent. This relationship between diet and chromatin is the subject of much research because it may affect ageing. Having established that the signaling pathways linking nutrition and lifespan are similar in baker's yeast and humans, scientists have been able to elucidate how caloric restriction can prolong the lifespan of organisms. In particular, reduced caloric intake may limit the oxidative stress generated by the activity of mitochondria, cellular organelles dedicated to respiration and energy production. As a general rule, all cellular mechanisms that lead to the production of oxidizing molecules—whose accumulation causes cell damage—may contribute to ageing.

Another fundamental characteristic of cellular ageing is a shortening of telomeres—the ends of chromosomes.  Studies initiated more than thirty years ago have shown that telomere length drops at each DNA replication cycle. This chromosomal erosion is offset by a specialized enzyme capable of extending telomere DNA. In humans, this enzyme is no longer active in the majority of tissues (except for germ cells and stem cells): the chromosomes therefore become shorter at each cell division, which is reflected by the expression "mitotic hourglass." When the telomeres reach a critical size following a large number of cell divisions, the mechanisms that monitor DNA damage are activated and they block cell cycle progression. This process marks the entry of cells into a state of senescence, which is incompatible with cellular renewal. Such a mechanism prevents uncontrolled cell proliferation. In most cancers, this barrier is inactivated. Ageing can therefore be considered as the price to pay for restricting the proliferation of transformed cells, which cause cancer. 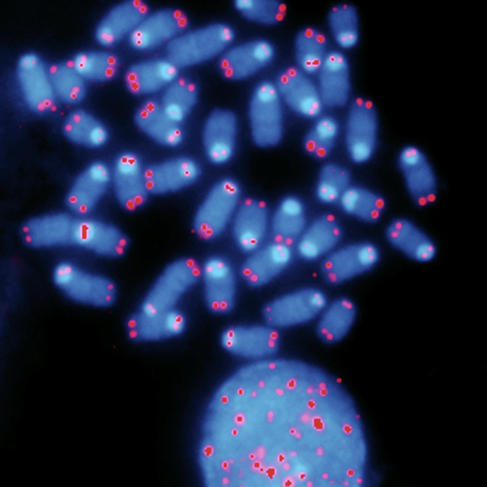 Chromosome telomeres (in red). Their shortening is one of the signs of cellular ageing. 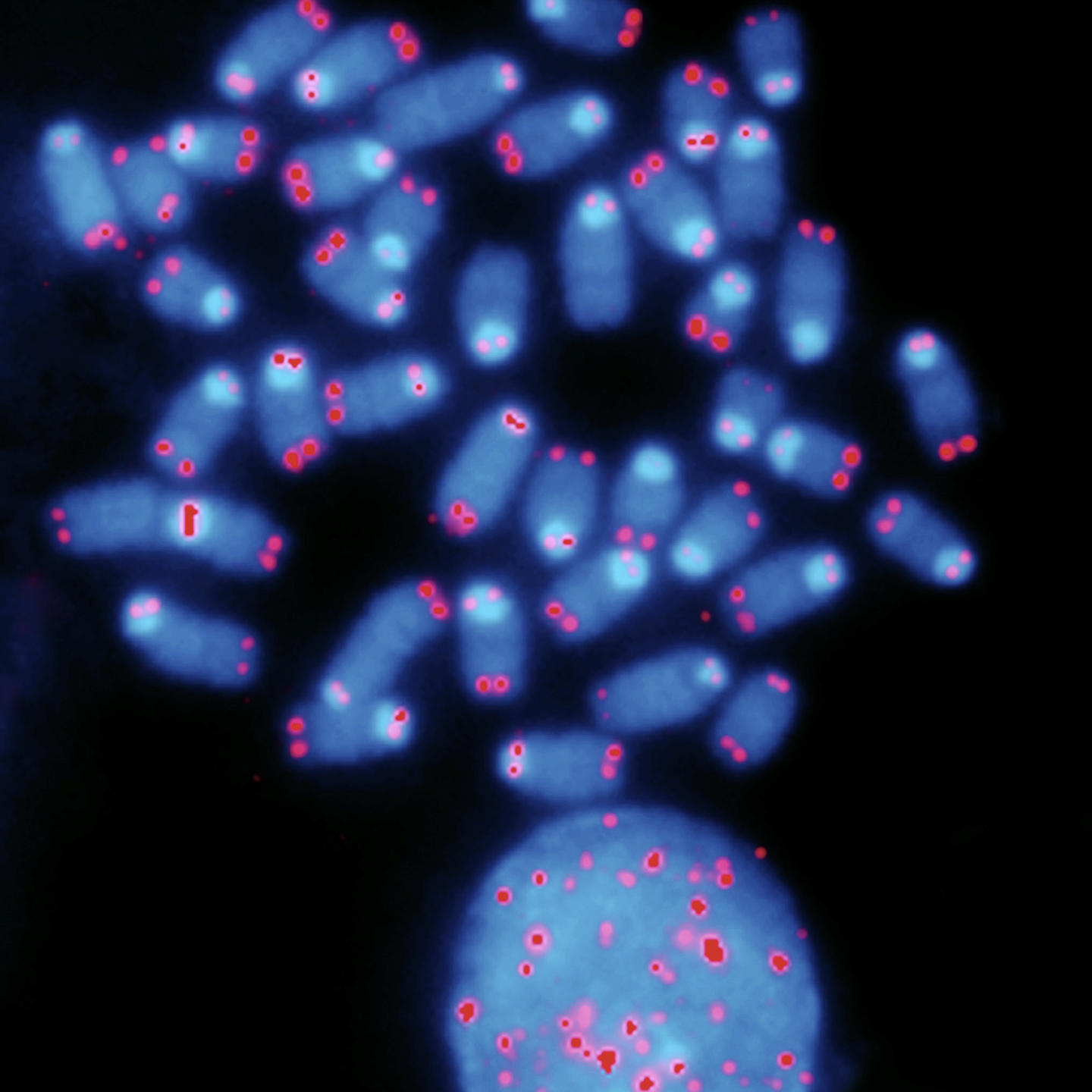 This leads to the general notion of quality control. A multitude of molecular monitoring mechanisms can detect the abnormalities that affect cell function. However, because of their considerable complexity, none of these mechanisms is completely reliable. Therefore, inadequately repaired cell abnormalities tend to accumulate with age, and are indicative of old cells. For example, impairment of the mechanisms that control the folding of neural proteins plays a major role in the biology of age-related neurodegenerative diseases.

The role of the immune system

Although many of the biological mechanisms that contribute to ageing are known, the biological clocks that underlie them still need to be elucidated. This issue is all the more crucial as recent studies in mice have shown that numerous age-related pathological effects are caused by an accumulation of senescent cells in different tissues over time. The current model is that the chronic presence of senescent cells favors the secretion of numerous pro-inflammatory molecules, which causes tissue deterioration and the poor functioning of stem cells. This issue of senescent cell accumulation is key to understanding the mechanisms at play and developing therapeutic strategies in order to prevent—or even cure—many age-related pathologies. Among the phenomena known for favoring the formation of senescent cells are tissue lesions and cell damage—whether they are programmed (such as telomere shortening) or accidental and cumulative (such as mutations, epigenetic modifications or the oxidation of macromolecules). The elimination of senescent cells appears mainly to be based on the immune system, but the mechanisms involved are still very poorly understood. It should be noted that weakening of the immune system with age could reduce the elimination rate of senescent cells.

Our understanding of the biological mechanisms of ageing is mainly based on the study of “classic” model organisms such as yeasts, nematodes, drosophila, mice or zebrafish.

An approach comparing these 'non-standard' organisms revealed the highly heterogeneous nature of the ageing process.

However, the discovery of a growing number of organisms of interest to biogerontology has opened new perspectives for the biology of ageing. An approach comparing these “non-standard” organisms—which range from African Killifish (whose longevity is reduced) to hydra (which have an apparently unlimited lifespan)—has revealed the highly heterogeneous nature of the ageing process. It should be noted that this heterogeneity is very marked in mammals; for example, naked mole-rats, which never develop cancer, live for nearly 30 years, or ten times longer than a mouse of similar size. In the same way, while humans may live for just over 100 years, bowhead whales can reach the age of 200 years.

Combined with exhaustive analyses of the genotype, phenotype or metabolism, this comparative approach raises hopes of understanding how natural selection has influenced the lifespan of different species. It has thus been discovered that in species with considerable longevity, selection has been exerted during evolution on the genes that repair damaged DNA. Furthermore, it has been noted that certain organisms, such as the Galapagos turtle, escape senescence and have a mortality rate that diminishes with age, while their fecundity rate increases. These observations weaken the hypothesis that ageing may be the result of a privileged allocation of metabolic resources in favor of reproduction.

It is clear that the future of the biology of ageing will be based on the integration of mechanisms discovered in animal or cellular models, on “multi-omicFermerAimed at understanding the complexity of living organisms as a whole, “multi-omic” analyses notably include genomics, transcriptomics (expression of genes and their regulation), proteomics (analysis of proteins) and metabolomics (study of metabolites).” analyses and on interdisciplinary approaches involving molecular and cellular biologists, geneticists, zoologists, botanists, ecophysiologists, mathematicians, demographers and clinicians. This holistic approach will be essential to elucidating the mystery of ageing and the heterogeneity of its evolution as a function of species and individuals. 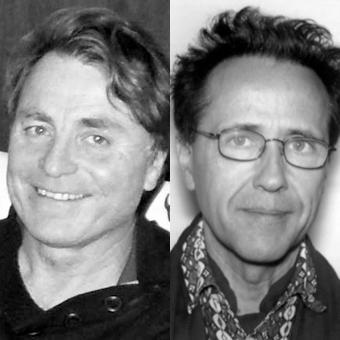