Home / Opinions / Science in the Age of Open Access

Home / Opinions / Science in the Age of Open Access

Marin Dacos
The availability of free scientific literature is gradually disrupting public access to research. Marin Dacos, director of the Center for Open Electronic Publishing, explains the challenges of this quiet revolution.

Next time your fellow commuters are absorbed in their smartphones, just think that—far from catching up on the latest celebrity gossip—they might be reading a research paper. Sadly, this type of literature has a bad press: the more scientific the content, the less comprehensible it is supposed to be. Hence the need for mediators in every field to simplify, summarize, and illustrate a body of literature whose target readership essentially includes specialists.

The question is: can such tedious read be of interest to anyone other than researchers in white coats? The answer, surprisingly, is yes. According to a UNESCO reference publication by Alma Swan, a specialist in scholarly communication and open access, academics only make up 27% of the readership of PubMed Central, the giant biomedical literature database. Other readers come from private companies, and as many as 40% are individual citizens. Communities of patients are especially active, not only in reading scientific literature but also in producing new knowledge.

The popularity of OpenEdition around the world. The influence of French research in the humanities and social sciences extends far beyond national borders because of Open Access.

This expanding readership is the result of a noteworthy, far-reaching change over the past 20 years. The World Wide Web, invented by academics, was immediately adopted by researchers as a means of sharing their findings, with physicists leading the way (the Web was created at CERN). Scientists opted for a simple yet radical solution: open access. Starting in 1991, they began exchanging thousands of physics papers on the open access ArXiv platform. France then developed the HAL open archive, which registered 9 million unique visitors in 2014. Gradually, other disciplines followed suit, either through ArXiv where researchers can upload their own articles, or in the form of entire journals posted online in open access, like Scielo, Redalyc, and Revues.org. The evolution since 1991 is nothing less than a revolution. There is no doubt that researchers now have easier and faster access to their colleagues’ work, which is a boon for science. More interesting still is the ongoing, radical change in access that reaches far beyond the scientific community and benefits society. Besides, this transformation involves much more than traditional scientific media like articles and books, which can take time and effort to read. It is now possible to join research blogs, where scientists discuss their work, usually in a more concise, accessible form, with their colleagues or the general public. Whether individual or collective, these scientific blogs are very popular, as they help bridge the link between the research community and society at large. When looking at the recent Charlie Hebdo attack in Paris, insightful commentary can be found on Hypothèses, One such opinion, published in the wake of the tragedy was entitled “Charlie Hebdo attack: this is not a clash of civilisations.”

In short, “tedious” scientific literature has a future, especially in the humanities and social sciences, for the greater enlightenment and enjoyment of all. And all of it thanks to open access. 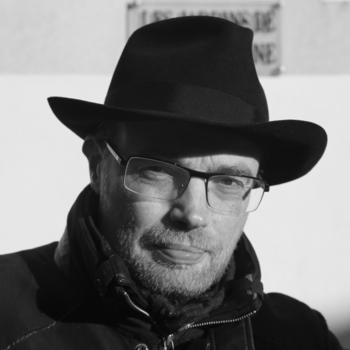 © L. DACOS/CC BY
Marin Dacos
Director of the Center for Open Electronic Publishing

A researcher and 2010 winner of the CNRS Crystal Prize, Marin Dacos serves as director of the Center for Open Electronic Publishing (Cléo),...