Bitcoin, More than Just a Currency

Bitcoin, More than Just a Currency

Nicolas Houy ands François Le Grand
Beyond financial transactions, cryptocurrency stands out by its social organization based on complete decentralization, which has allowed it to develop up to now. But will it help it to survive?

If you have heard about Bitcoin recently, it was most likely in connection with other words such as blockchain, smart contract, three-letter combinations (XRP, BCH, ETH, etc.), or some other term promising unbeatable technology. Or, on the contrary, expressions like imminent bankruptcy and energy pit. Yet Bitcoin and cryptocurrencies are first and foremost a major economic, computing, and social experiment. 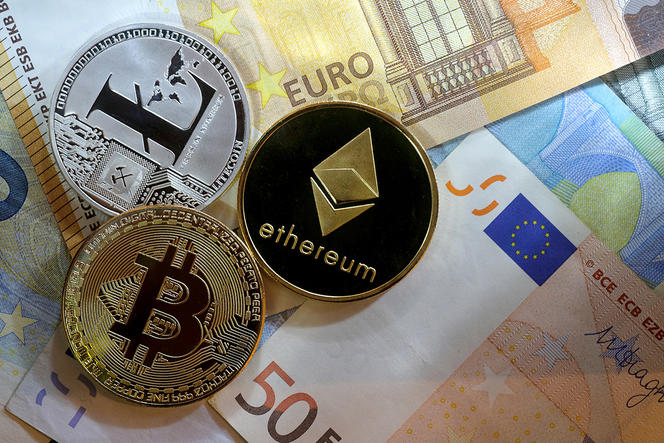 Just like Ripple or Bitcoin Cash, Ethereum and Litecoin are among 1500 cryptocurrencies that appeared after Bitcoin. 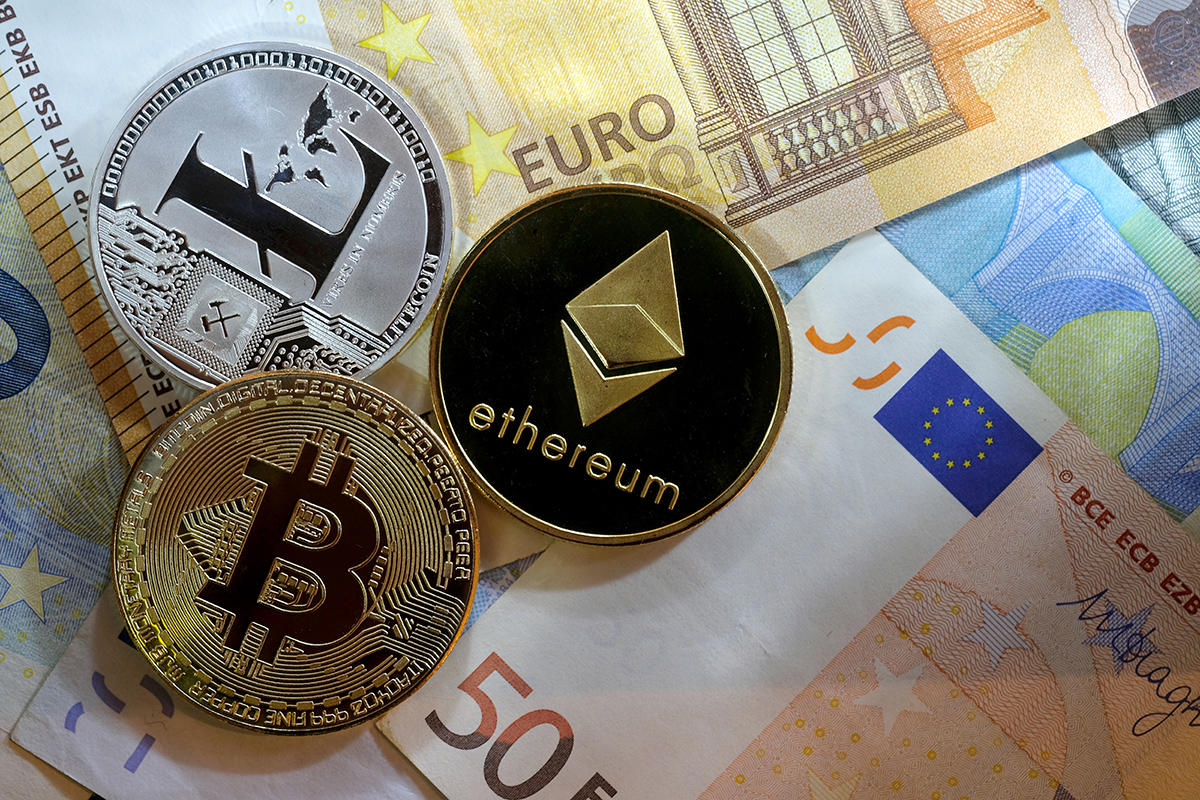 A protocol for bypassing trust

Created in 2008 and used from 2009, Bitcoin—which is capitalized—refers to an IT protocol, or a list of rules and norms that allow computers and their users to communicate with one another. Many IT protocols already exist, and we use them every day, from the POP that gives us access to our emails to the HTTP that browses our webpages...

Most Bitcoin users consider it to be an experiment.

The objective of the Bitcoin protocol is to guarantee exclusive property rights over units of account, or bitcoins—in this sense not capitalized. The distinctive feature of Bitcoin is that this guarantee does not come from a third party, but is instead based on a very strong principle: users should not trust anyone, especially a central authority.

How can this feat be achieved in a digital network where data can easily be duplicated? Bitcoin does this by implementing a complex combination of cryptographic algorithms, incentives, and economic constraints. In this respect, the blockchain—the digital account book that records all transactions made since the creation of the first bitcoin—is only one aspect of this elaborate machinery, and is inseparable from the protocol's other elements.

Bitcoin and its clones

Absence of trust means that the functioning of Bitcoin must be transparent, and anyone who wants to verify its implementation should be able to do so. Concretely, this implies that Bitcoin must be based on rules that are open and accessible to all. In contrast, using proprietary protocol and software, such as Skype, requires a priori confidence in its developer or publisher.

As the protocol is open, anyone can copy, modify, and put it back into circulation at will. All it takes to create your own version of Bitcoin is some technological fluency and a few hours. In fact, the generic term of cryptocurrency most often refers to a protocol derived from Bitcoin. While some of these moneys, such as Ethereum, offer a different technological approach, many are simple clones, or even scams. The spontaneous generation of hundreds or thousands of virtual currencies is an inevitable consequence of the basic principles governing Bitcoin. 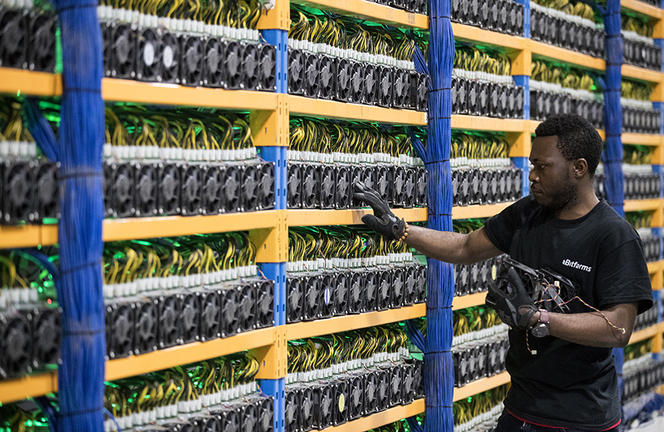 Inside a mining farm located in Canada. Mining farms are a type of data center dedicated to the calculations used to generate (mine) cryptocurrencies. 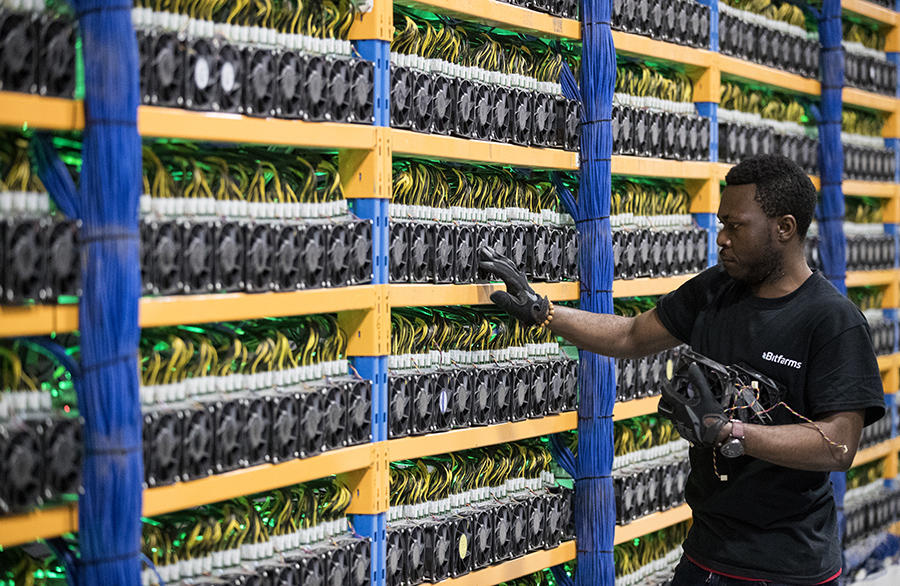 Even though it may seem preferable to concentrate efforts on a single protocol, we believe that this openness is indispensable. By contributing to the abundance of rival cryptocurrencies, it helps the continued improvement of Bitcoin, which is constantly under threat of losing its dominant position. For that matter, most Bitcoin users consider it to be an experiment—firstly an IT experiment, whose technological viability remains to be proven, but also a social experiment, in which conflicts within the community are not always resolved by means of consensus. The openness of the protocol allows disagreements to be settled through the circulation of a competing derived protocol—this is known as a hardfork—with the choice ultimately being left to users. For example, last year strongly divergent stances emerged with regard to Bitcoin network bottlenecks caused by increased use. Two new protocols offering different technological alternatives, Bitcoin Cash and Bitcoin Gold, were separated from the primary Bitcoin protocol blockchain: each user was free to choose their preferred solution, with no intervention from a higher authority.

This decentralization strategy could explain the persistent anonymity of Bitcoin creator Satoshi Nakamoto, which reaffirms the absence of an entity of reference and thereby offers a unique advantage, one certainly desired by Satoshi himself. In fact, the development of Bitcoin is not subject to the approval of its creator, whose aura could have influenced certain community decisions regarding the protocol’s evolution, at the risk of jeopardizing the decentralization of Bitcoin’s governance. This is in striking contrast to Ethereum, whose founder is very much involved in the project, which could be interpreted as a partial break with the principle of a priori absence of trust.

What should we make of the evolution and transformation of so many cryptocurrencies? There are a number of imaginable scenarios. A few of these moneys could coexist, each occupying a niche connected to a specific use: store of value, transfer of micro-payments, currency for connected objects, etc.

The generic term of cryptocurrency most often refers to a protocol derived from Bitcoin.

Nevertheless, it is likely that many will gradually disappear for lack of users wishing to buy them—or more abruptly so, as was the case for Coiledcoin, destroyed in 2012 by Bitcoin miners. In any case, each investor must be aware that the money invested in a virtual currency could vanish along with it. After the great diversification phase in the cryptocurrency ecosystem, a coming mass extinction is now to be expected.

Nonetheless, we believe that Bitcoin has a number of advantages that should help it avoid the fate of the dinosaurs, and remain the cryptocurrency of reference. First, past experience—and the challenges were many!—have shown its excellent resilience, and demonstrated the quality of its developers as they accompanied this growth. Moreover, Bitcoin is so far the only protocol that has had to deal with an increase in its use. Its reliability, security, and stability could make it the backbone of a future cryptocurrency system, although the experience is still too recent to know whether it will evolve towards this model, or instead disappear forever. 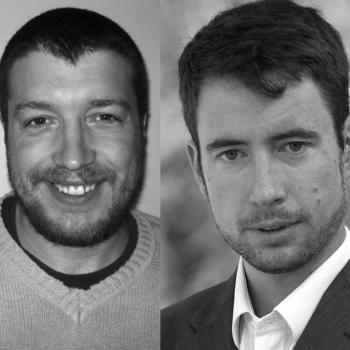