Paul Indelicato
Would an antimatter orange have fallen on Newton's head like an apple? Physicists have not provided a serious answer to this question, for lack of being able to test it.

It was based on this principle, and using increasingly sophisticated mathematical tools, that Newton—and later Einstein with the General Theory of Relativity—succeeded in describing and explaining gravitation. General relativity is a tried and tested theory in physics and cosmology, one whose predictions have never been shown to be wrong. They range from the demonstration of the expansion of the Universe during the 1920s, which was predicted by its equations, to the first direct observation of gravitational waves in 2014, whose existence was postulated by Einstein in 1915, in addition to the recent and incomparably precise confirmation—thanks to the Microscope satellite1—of the validity of the weak equivalence principle for matter. 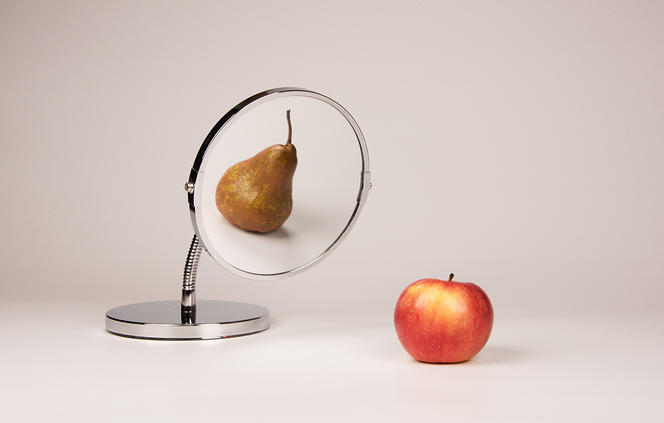 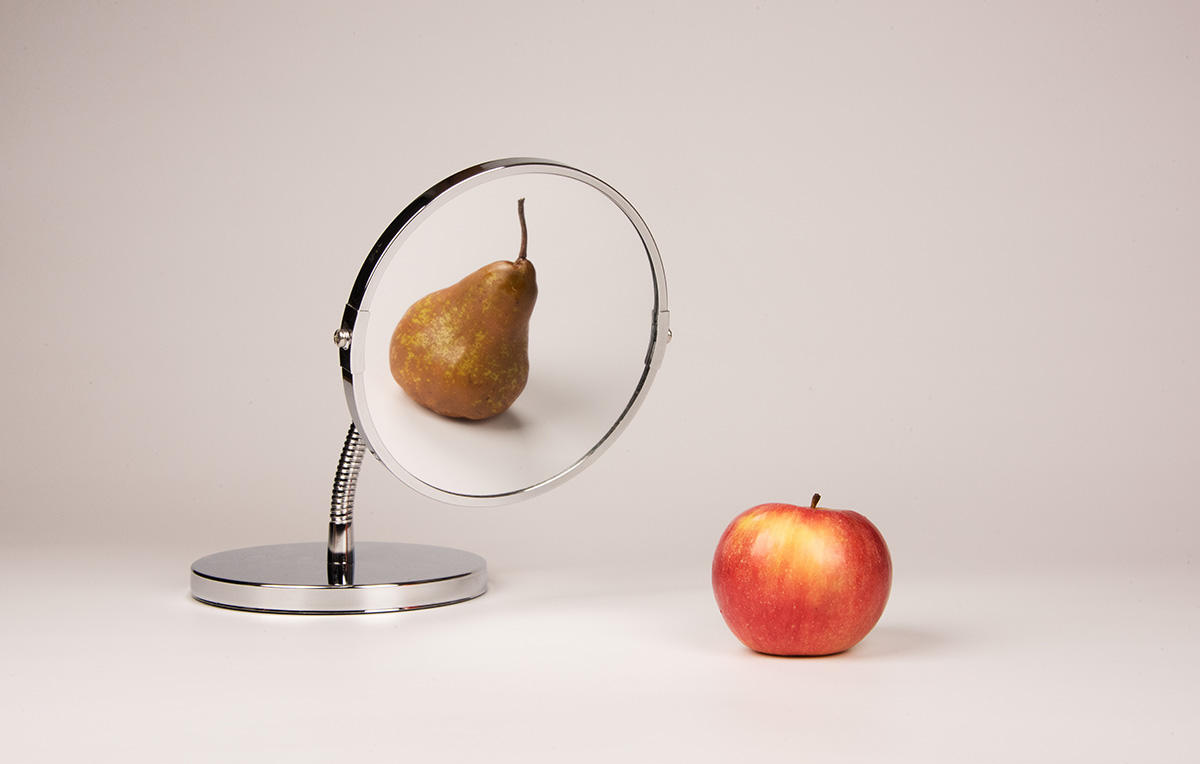 Rotation of galaxies and the early universe

A number of difficulties nevertheless remain, such as the need to invoke the mass of a mysterious dark matter in order to explain the rotational mode of galaxies, or of an equally mysterious dark energy to explain the behaviour of the early Universe. Furthermore, gravitation remains the only fundamental interaction that we cannot describe with the formalism of quantum field theory. Finally, not only has the gravitational behaviour of antimatter never been observed, but neither of the two theories is able to explain the almost complete absence of antimatter in the Universe.

Dirac predicted the existence of antimatter in 1929. In 1932, Anderson discovered the antielectron (today known as the positron). The antiproton was later observed at the Bevatron2 in Berkeley in 1955 by Segré and Chamberlain. The presence of antimatter was detected in cosmic rays, and it was at CERN that antihydrogen, the first antimatter atom, was created in 1995.

Progress in the study of antihydrogen over the last twenty-four years has made it possible to compare the transition energies of antihydrogen with those of hydrogen, and to thereby test one of the symmetries on which the Standard Model of quantum physics is based. 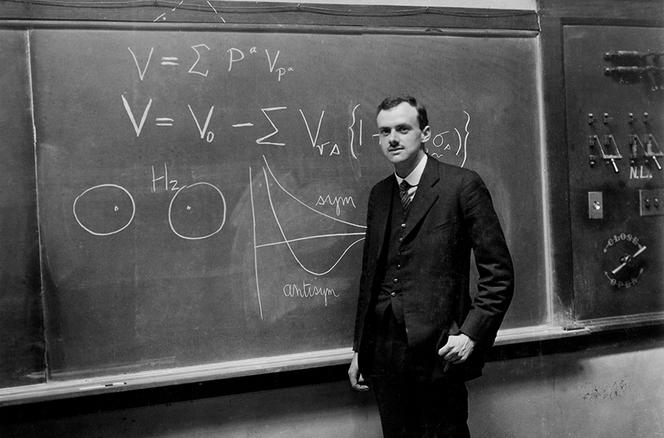 The British physicist Paul Dirac (1902-1984) was the first to postulate the existence of antielectrons (positrons). 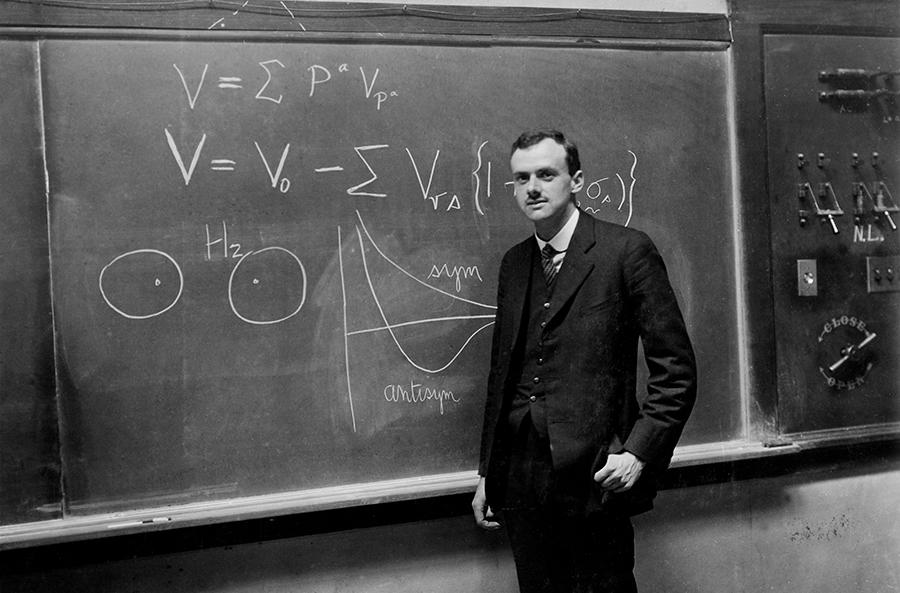 The repulsion and conservation effect of energy

What effect does gravity have on antimatter? Some theories in the 1980s posit a kind of antigravity that would manifest itself through a repulsion between masses of matter and antimatter! Such a phenomenon would be a major violation of the weak equivalence principle. In short, any experimental demonstration of such an effect would turn our understanding of fundamental physics upside down. Observing such a repulsion would also raise a problem with regard to the conservation of energy, although this could explain why we find almost no antimatter in our local Universe, as it would simply have been pushed away by matter.

A number of attempts were made to measure the effect of gravitation on antiprotons during the mid-1990s, but the gravitational interaction is so weak in comparison to electric interaction that they all failed. The tiniest charge on the vacuum chamber's walls exerts a force on electrically charged antiprotons that is many orders of magnitude more intense than gravitation.

Three projects were subsequently launched to test the behaviour of antimatter by measuring the effect of terrestrial gravitation on antihydrogen, which contrary to the antiproton is electrically neutral. These three experiments, AEGIS,3 GBAR,4 and Alpha-g,5 will use CERN's antiproton source to study the behaviour of antimatter in the face of gravity. 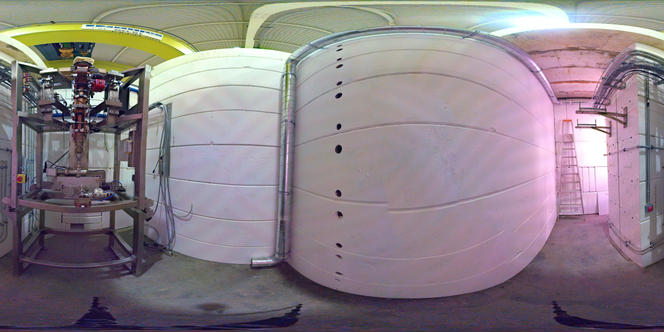 Installation of the GBAR linac in its radioprotection bunker (at left). The electrons accelerated to 10 MeV on a target will provide the positrons needed for the formation of antihydrogen, with the antiprotons coming from the Elena decelerator. 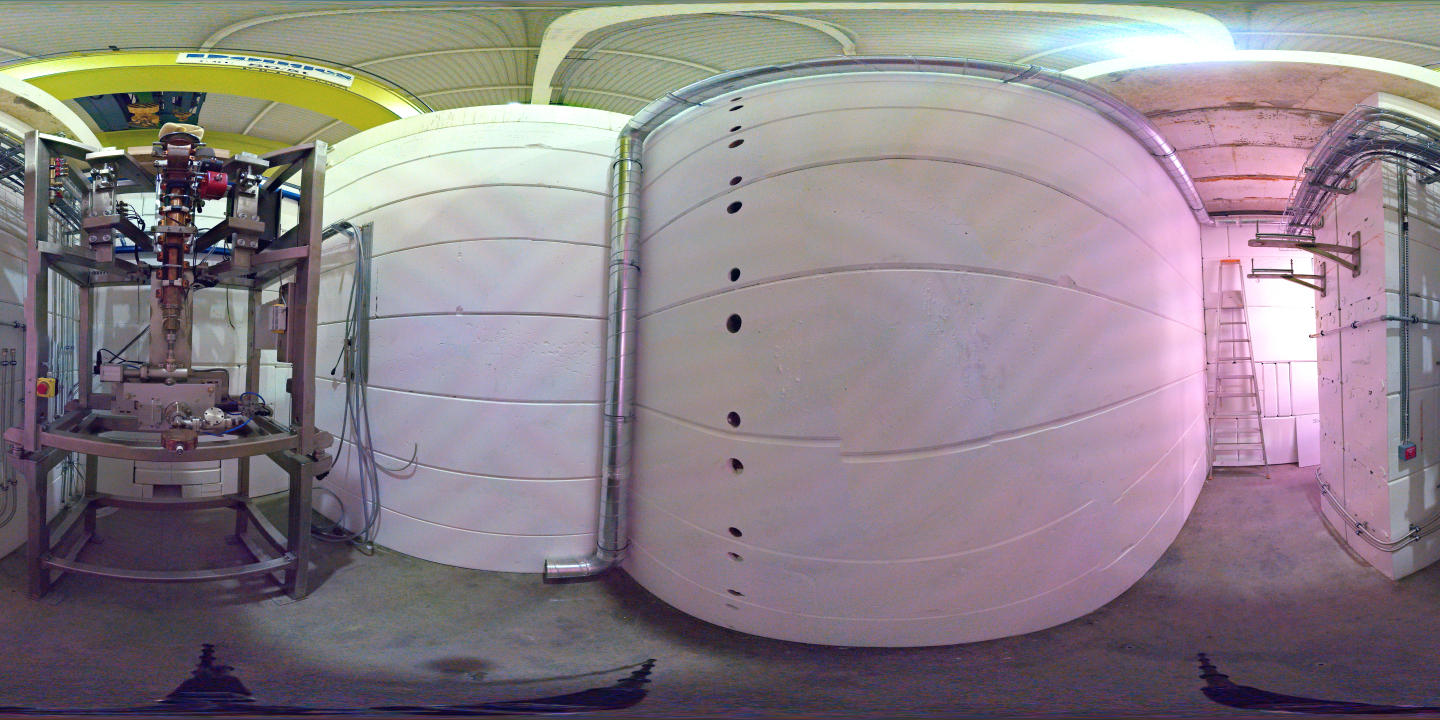 Unfortunately, the mass of antihydrogen is as low as that of hydrogen. As a result, the effect of the thermal agitation of atoms must be reduced as much as possible to achieve sufficiently precise measurements of free fall time within a reasonably sized vacuum chamber. This means cooling them to very low temperatures, which represents a considerable challenge because the antiproton was created by a high-energy collision that create it with an energy corresponding to a temperature 2 million times greater than the matter located in the centre of the Sun!

Upon exiting CERN's antiproton source, which plays the role of a particle decelerator, its temperature has fallen to approximately 2% that of the centre of the Sun, which is still too high to properly "weigh" an atom. This would require a cooling mechanism using UV lasers, which is unfortunately not very effective on such light atoms. At best, we could go down to 10 millikelvins, which represents one-millionth of the temperature of the Sun's surface, a reduction of 15 orders of magnitude in comparison to the initial temperature. But that is still not quite cold enough!

The experiment I am working on fortunately will not stop there.  To study the gravitational behaviour of antihydrogen at rest (GBAR), it seeks to produce antihydrogen at 10 micro-Kelvins. The GBAR project is based on an idea by Theodor Wolfgang Hänsch, laureate of the 2005 Nobel Prize in Physics, who proposed the production of the first antimatter object with three bodies: an antihydrogen+ ion consisting of an antiproton and two antielectrons. This represents a major challenge. No one has ever tried to produce such a three-body antimatter object. This requires building the world's most intense source of antielectrons, as well as recycling the antiprotons that do not interact.

The resulting ion is stable, as well as easier to manipulate than a neutral antihydrogen thanks to its positive charge. The idea is to trap it with Be+ ions that we can cool by laser more effectively than antihydrogen. These ions will in turn cool the antimatter ion through "sympathetic cooling." The ion will then be broken with a laser, in order to watch it fall and observe the shower of particles that its annihilation produces when it encounters the matter of the chamber walls. Even in this case, the contribution of thermal agitation to the movement of atoms still represents 50% of the variation in free fall time. If antigravity exists, antihydrogen will rise, and that will be easy to observe. We will have to stay very cool indeed if we are to measure a difference in free fall speed.

0
A Future Earth for Sustainable DevelopmentPrevious
Is a Robot just another "Animal"?Next 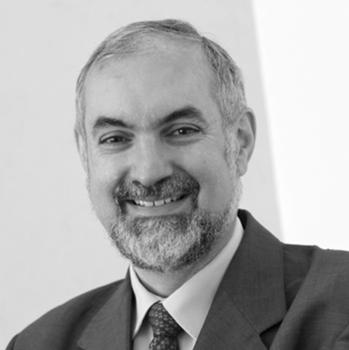 Winner of the CNRS Bronze Medal, Paul Indelicato is a CNRS Senior Researcher at the Laboratoire Kastler Brossel and a Fellow of the American Physical Society.