IKON IMAGES/MASTERFILE
Share
Share
A call for proposals launched by the CNRS in the wake of last year's terrorist attacks in Paris led to the submission of a number of projects that focus on radicalization. In September, the CNRS organized the first-ever international thematic workshop on this complex issue—the subject of much research in recent years—bringing together researchers in the humanities and social sciences, healthcare and education professionals, as well as political and legal experts. CNRS News interviewed historian Jacques Sémelin and political scientist Sylvie Ollitrault, who co-organized the event.

Why did you set up1 this thematic workshop, and what was its purpose?
Jacques Sémelin:2 The event, which focused on radicalization—a hugely sensitive political issue in France following the January 2015 attacks on Charlie Hebdo and the Hyper Cacher supermarket—had a fundamentally educational purpose. Hence our choice of a 'workshop' rather than a conference. The idea is to form a scientific community capable of investigating the wide range of radicalization phenomena in our contemporary societies. And our goal is two-pronged: to bring participants up to date by fostering interdisciplinary and international exchanges between researchers and professionals (elected representatives, legal and ministerial staff, teachers, etc.), but also to disseminate their work to civil society, which is just as important.

Sylvie Ollitrault:3 The project was the result of a number of converging demands. On the one hand, following the 'Attentats-recherche' ('Research on terrorist attacks') call by CNRS President Alain Fuchs on 18 November 2015, researchers submitted all the work they had done on the subject. The Institute for Humanities and Social Sciences (INSHS), where I am a project manager, is actively involved in this field. On the other hand, we have observed an increasing social demand for information, in addition to that of the media who regularly approach us, especially with regard to Islamist radicalization. As a result, the thematic workshop met with genuine success among professionals. One reason for this is that the media and politicians are exploiting the subject in the run-up to the elections in France, and also that these issues are divisive. According to them, the population is split into two categories: those who are concerned about radicalization, and those who are considered fertile ground for it.

By referring to the phenomenon as 'Radicalizations,' you sought to highlight its plural nature. Why was this important?
J.S.: We wanted to emphasize the distinction between radicalization and Islam at a time when a simplistic parallel is too frequently drawn between the two. In addition to research into jihadism and Islamist attacks, we therefore wished to include studies on other political or social radicalization processes, such as those that arise in separatist movements (in Corsica, the Basque country, etc.), or on the far left, far right, and so on. At the same time, we also sought to confront different ways of looking at the issue, not only by researchers—whose views sometimes diverge—but also by people in the field, institutional players, elected representatives and prison staff, who have their own hands-on approach of the nature of radicalization. This is the reason why we decided not to impose a single definition of the term to start with.
S. O.: The notion of radicalization is highly ambiguous and can therefore prove tricky, even for HSS scientists. As frequently used, the term can designate both the fact of having opinions or practices considered radical, especially when they are religious (this is then referred to as 'fundamentalism'), and that of committing violent (or 'terrorist') acts. But of course, one doesn't necessarily imply the other. However problematic, this notion is nonetheless indispensable, in that it indicates a social phenomenon, a progressive commitment that can lead to violence.  In fact, the debate here focused essentially on violent radicalization, the kind that prompts people to actually take action through terrorist attacks, assassination, mass murder, hostage-taking, etc. 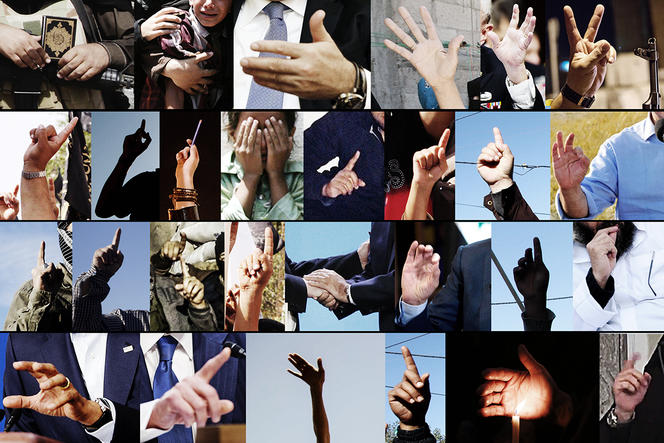 Photographer Caroline Delmotte made a montage of propaganda images, which conjure up the vision of the jihad as fantasized by some young French people. (Taken from the series 'Tu deviendra comme eux' ('You'll become like them'). 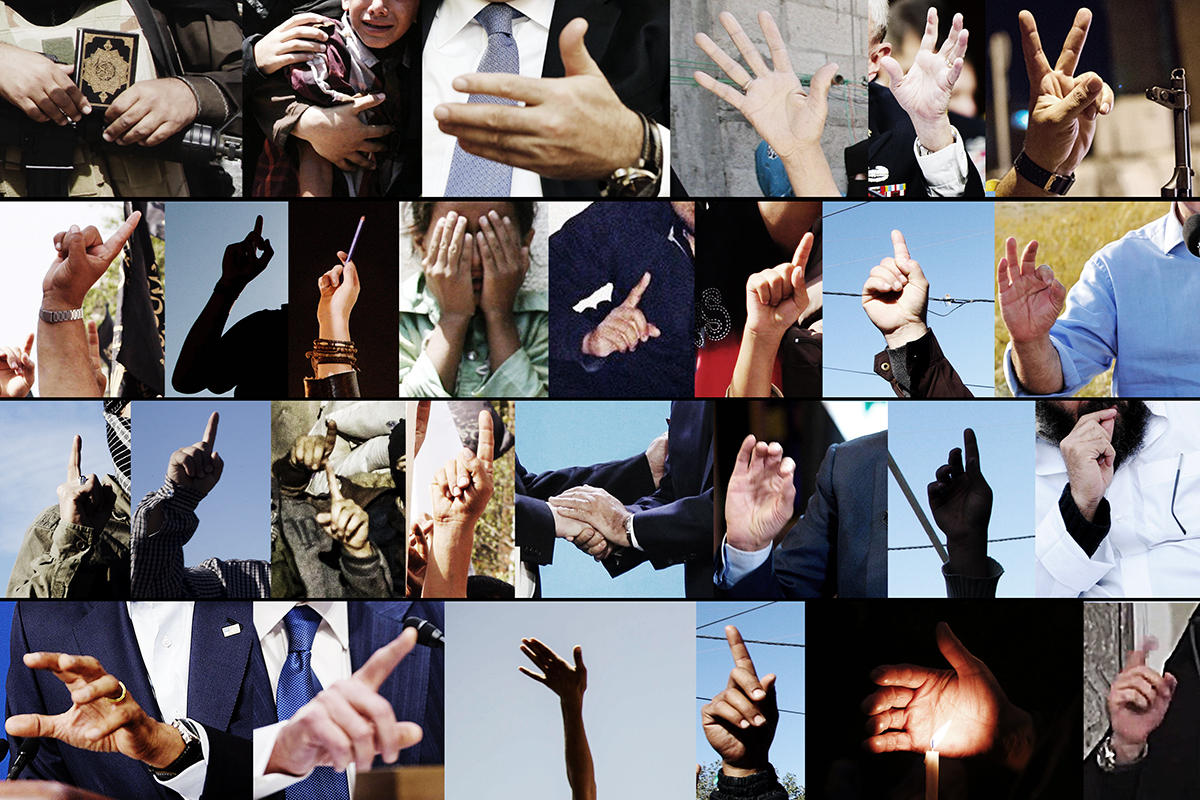 Photographer Caroline Delmotte made a montage of propaganda images, which conjure up the vision of the jihad as fantasized by some young French people. (Taken from the series 'Tu deviendra comme eux' ('You'll become like them').
C.DELMOTTE
C.DELMOTTE
Share
Share

What can we learn from comparing these different types of radicalization?
S. O.: We discovered that, until the moment they spill over into violence, such processes of commitment have many points in common, independently of the period in which they take place, although there are obviously features that are specific to the present. This is why, for example, valuable analytical data can be obtained by looking at non-violent radicalization in environmental movements—my own current field of research—or at processes of political violence on the far left in Italy in the 1970s, studied by the sociologist Isabelle Sommier. For instance, Amélie Blom, a sociologist who has studied the history of a reformed Pakistani jihadist, confirms that radicalization is an ongoing phenomenon in that it consists of a succession of events, although there is nothing automatic about it.  An individual does not suddenly become a terrorist but gets there through a succession of small choices, which can make it difficult to turn back. One of these steps is an initial phase of ideological seduction, when they meet someone among their friends or family, or at work, or on the Internet, etc. At a transitional period in their lives (leaving home, unemployment, etc.), individuals are won over by an ideological discourse. They then join a new group and adopt its codes of conduct: for their friends and family, they have cut themselves off, whereas in fact they are simply associating with different people. Of course this behavior does not mean that they are bound to become terrorists: they can change the course of their lives and withdraw at any time.
J.S.: Many of the issues raised by radicalization also turn up in the analysis I undertook of massacres and genocides. Putting it briefly, I'm thinking not only of the role of ideology, of propaganda, of dreams of purity and destruction, but also of young people's massive involvement in the use of violence. As the CNRS anthropologist Scott Atran has shown in his analysis of patterns of thought and behavior in fighters on both sides in conflict zones in the Middle East, one underestimated factor that attracts young people to the so-called 'Islamic State' is that it represents a kind of transcendence, an ideal, a quest for values that gives meaning to their lives. Some of them, who have a university education, are also drawn to the political or revolutionary dimension of a spiritual leader's rhetoric that offers an alternative view of the world: depending on how they see the development of society, they consider that the ongoing battle should be waged 'against the capitalist Western world,' which is 'dominated by the Jews,' and so on. While others who have dropped out of school or have low social status find that this religious commitment boosts their self-esteem. In addition, some young people with a history of delinquency and therefore of transgression, are attracted by the element of adventure that it provides. However, as political scientist Claire de Galembert demonstrates, this does not mean that prisons are the principal breeding ground for terrorists, as sometimes claimed. Nonetheless, being part of a group does play a major role in this process: more than 80% of people who join Islamist radicalization networks do so through friends and as a group, but hardly ever individually. As the sociologist Marc Sageman, referring to September 11, points out, the attacks are carried out by a group of friends in which comradeship is forged through violence. Just one final remark: the journey of each individual should always be linked to wider national and international contexts that people feel strongly about, such as the crisis in the Middle East in the case of jihadism.
S. O.: With regard to Islamist radicalization, such work can also shed light on 'deradicalization' processes or withdrawal from violence, which are not the subject of current HSS studies. Opening up research and using other types of work, such as that on the histories of child soldiers or on reformed far-left or far-right terrorists, can therefore prove invaluable.

Does working on these subjects cause researchers any specific problems?
J.S.: Although it is not always easy, researchers still manage to collect data in the field, interview fighters in the Middle East or talk to reformed terrorists. However, there is a real problem when it comes to accessing institutional data. Paradoxically, it is easier to analyze the words of radicalized groups than governments' position with regard to the phenomenon. For instance, it would be worth investigating how the intelligence services define 'radicalized' individuals, as the issue of how they first become radicalized, and more generally how radicalization is dealt with politically, is fundamental. The action of the State, and especially the violence it resorts to in order to combat terrorism, is part of the process itself, and must be taken into account. Even more specifically, in terms of prevention, and with the aim of studying the transition from words to action and the processes that tip an individual over the edge, some of us would like to see closer cooperation between researchers and the intelligence services, as is already the case in the US and UK. Yet in France, for example, scientists cannot access the famous 'fiches S' (which indicate that a person is a serious threat to national security). These are claimed to be the best indicator of possible radicalization, and yet several professionals who attended the thematic workshop described them rather as a way of flagging people. What do these cards actually contain? We are up against a brick wall that prevents researchers from studying this corpus as well as the files of radicalized individuals.
S. O.: There is another significant ethical issue: some researchers who are forced to join extremist groups in order to carry out their research, fear that they will be blacklisted by the intelligence services, since they may appear to have become radicalized themselves. At the same time, the people they interview may see them as undercover police officers.
J.S.: Some researchers also regret not to have a voice with the politicians who monopolize these subjects, which is unfortunate in a country where the risk of terrorist attacks is real. Several of us would therefore like mediation mechanisms to be set up to enable political leaders to talk to researchers. Since so much research has been carried out on these subjects, especially in the humanities and social sciences, getting these two worlds to meet should be an utmost priority.

See author's bio
In the Days of Human ZoosPrevious
Why Do we Age?Next