Home / Articles / Is there a Hacker on Board?

Is there a Hacker on Board?

Home / Articles / Is there a Hacker on Board?

Is there a Hacker on Board?

BRUNO135_406/FOTOLIA.COM
Share
Share
The increasing prevalence of electronics and software in transportation—from cars to airplanes—makes research on better cybersecurity systems an urgent necessity.

Hard times for computer security. Last April, US cybersecurity specialist Chris Roberts told the FBI that he had hacked into the computer systems of airplanes he had boarded on about 20 occasions—and even managed to change the thrust of a jet engine. In recent months, a number of studies published by the US government also highlighted the vulnerability of planes and cars to attack by hackers. In all cases, incidents come down to one flaw: by providing passengers with a WiFi, Bluetooth, or Internet connection, the multimedia systems in vehicles can become a Trojan horse for malicious infractions.

Should this be a cause for concern? For Abdelmalek Benzekri, a specialist in communications security, the possibility that a hacker can connect to the in-flight entertainment (IFE) system from an Ethernet port using a cable or a USB key is doubtful to say the least. The researcher, who heads the Network Administration and Services Integration team at the IRIT,1 believes that the success of such an attack is unlikely. “Security solutions for each port have been available for 20 years: when a laptop, for example, is connected to the plane’s computer network, port-based access controls verify its IP address, and determine whether it is authorized or not.” 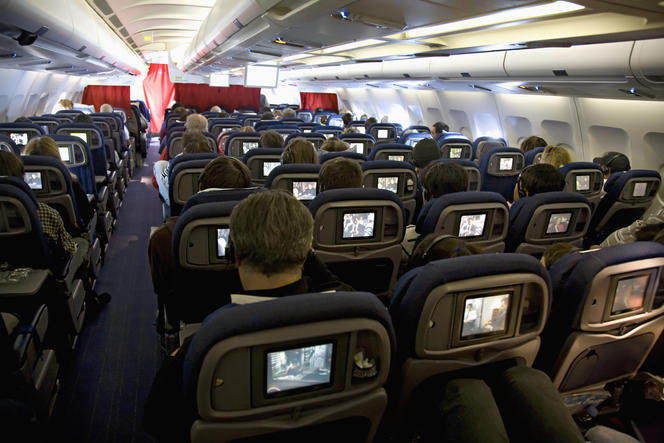 If not fully secure, in-flight entertainment systems can become an entry point for potential hackers. 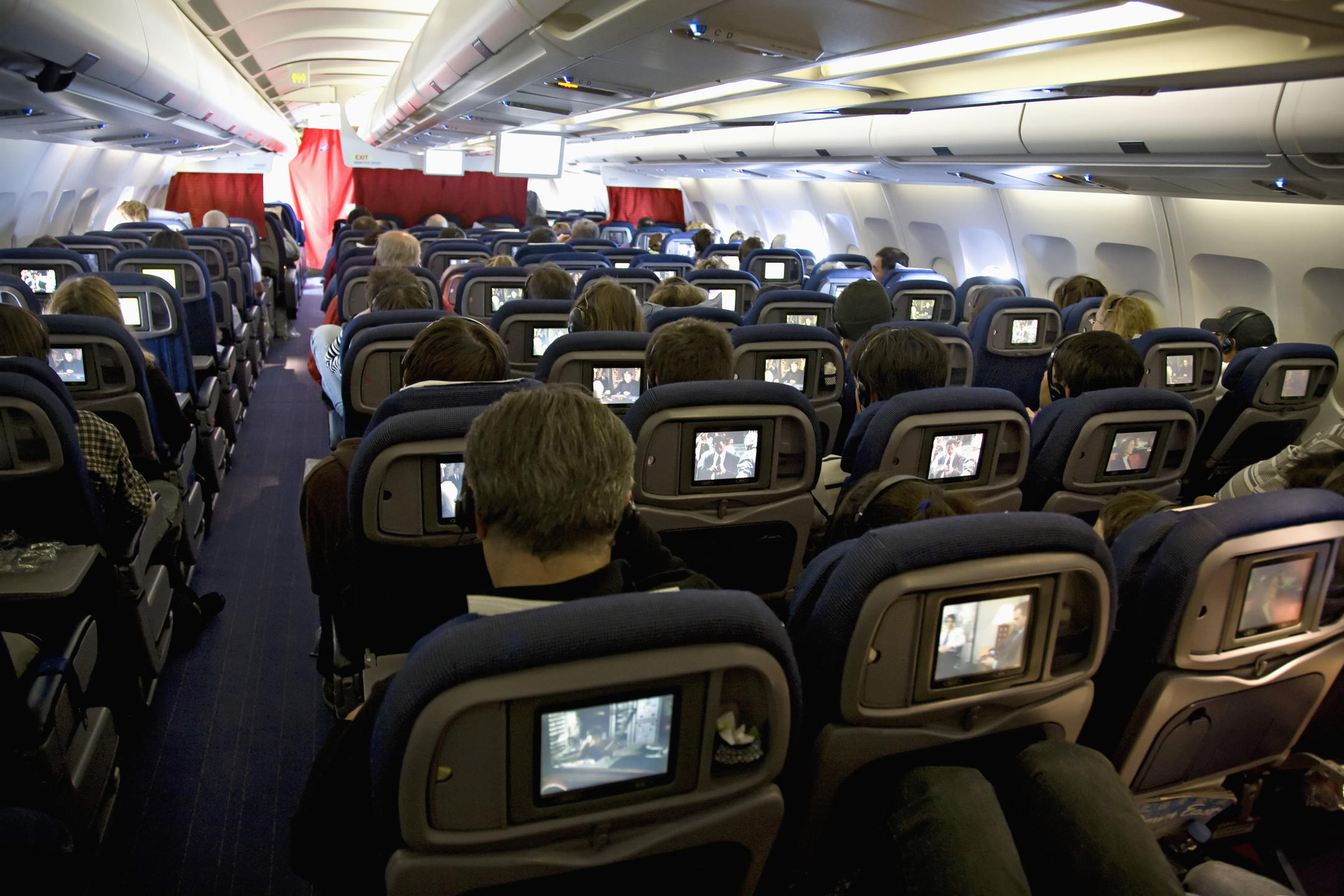 Yet Benzekri agrees that “anything can be hacked, for example by forging a false address using what is called ARP spoofing,” which tricks the access control software into believing that the intruding computer is legitimate. Once this obstacle is overcome, hackers still have to prove their identity by means of a fake security certificate, and must bypass different security measures that prevent sending data or connecting to critical systems. So if Roberts’ hacking went as he claims, “this would mean that the system he attacked lacks the most basic security mechanisms,” says a bewildered Benzekri.

Yet the threat of hacked airplane computer networks is very real. So much so that for a number of years already, aircraft manufacturers like Airbus and their suppliers—including Rockwell Collins, which sells an IFE system—have been collaborating with CNRS laboratories in Toulouse on intrusion detection systems. As Philippe Owezarski, a researcher from the LAAS,2 observes, protection is all the more necessary as equipment providers, such as Thales Avionics, have been asked by airplane manufacturers to explore solutions for extending the use of the air control link (between the aircraft and control towers) to passengers in the cabin who want to access the Internet. This would be done using the same antenna and network to save costs and not burden the aircraft. Yet there is a problem: by carrying vital systems information on a channel that is also available to passengers, ground-based hackers could eventually log into it and send data to disrupt navigation or even take control of the aircraft. 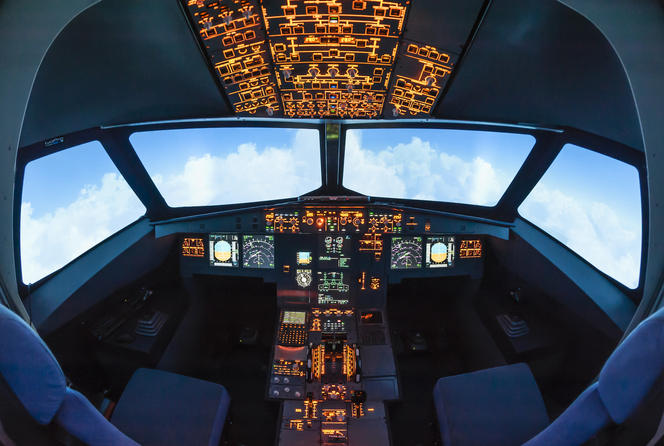 The cockpit of an Airbus A320 used in a professional flight simulator. 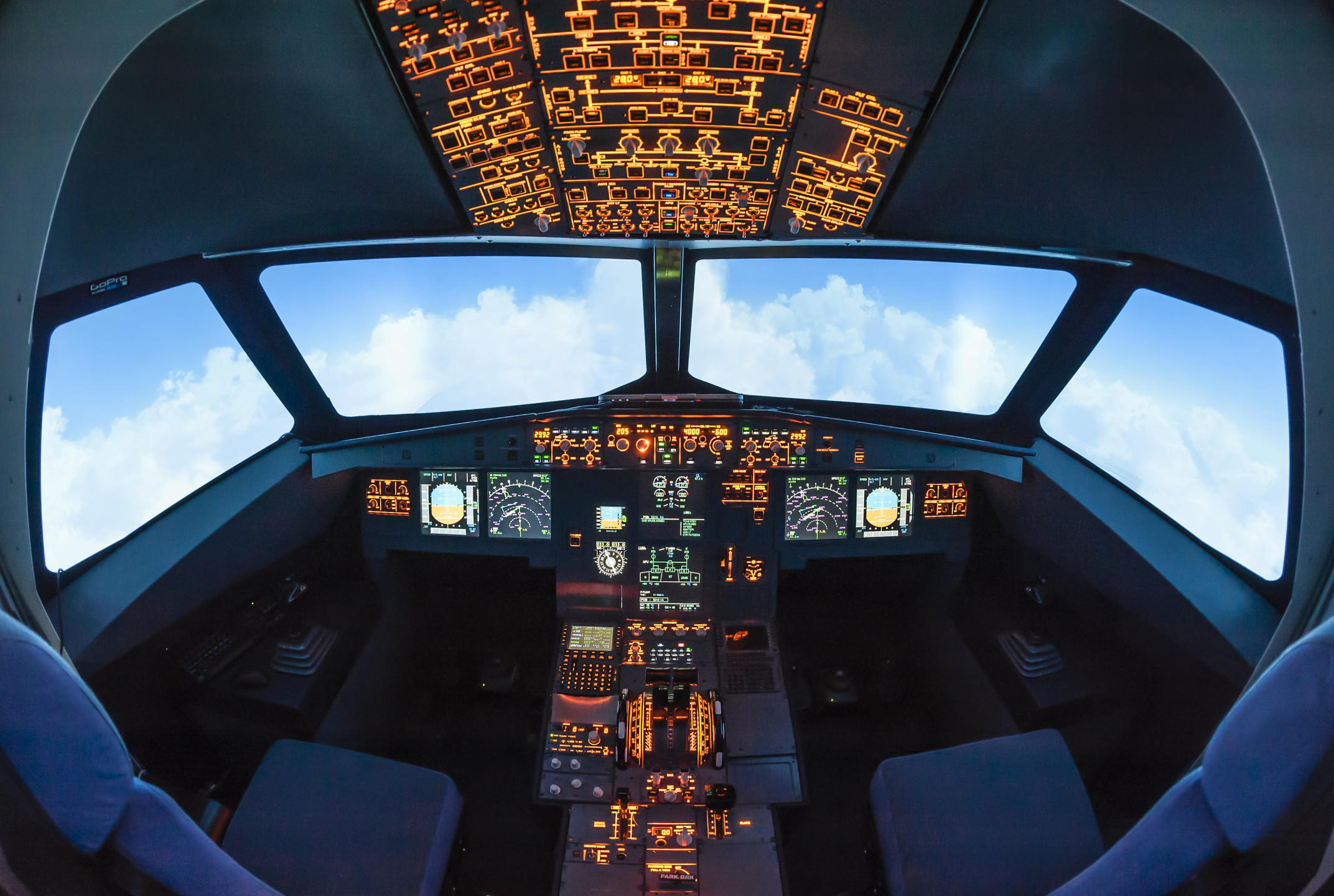 A solution would be to teach the computer system to differentiate between normal data traffic and an anomaly indicative of piracy. This is the subject of a recent thesis by research engineer Silvia Gil-Casals of the INSA Toulouse,3 supervised by Owezarski with the support of Thales Avionics. Unlike other network traffic diagnostic tools, this semi-supervised analysis method mostly focuses on the density of different kinds of data received by computer equipment. “Without knowing the nature of the attack that will hit the network, this strategy makes it possible to automatically detect suspicious elements in the state of its traffic,” explains Owezarski. For instance, this would happen when the on-board computer that manages some of the plane’s critical hardware receives more information than usual—or none at all. Moreover, the software analyzes the headers of each data packet, or parts of the code that indicate the nature of the information, the protocol used (TCP/IP, Ethernet), the values conveyed, as well as the origin and destination of the data.

As Thales Avionics only gave access to a small fraction of the data being exchanged between the cockpit and the control tower, the intrusion detection system was unable to demonstrate its effectiveness. Yet Owezarski is convinced that this tool “gave better results than those that can be found in today’s on-board systems. To know whether a batch of data should be accepted or not by the network, some of the technologies available on the market are even less effective than a simple random process.”

The autonomous car, an easy target?

Analyzing traffic in a computer network is also at the heart of the research conducted by Ivan Studnia, who works in a team dedicated to information security at the LAAS. Except that the young PhD student is not working to secure airplanes, but cars. The growing computerization of automobiles, which are increasingly equipped with multimedia systems connected to the Internet, combined with the emergence of autonomous vehicles such as the Google car, make the risk of a hacker taking control increasingly likely. In early June, the US Department of Defense revealed that researchers had succeeded in hacking the computer system of a car. They had forced it to accelerate even though its anti-collision radar had detected the presence of a wall—and brake violently regardless of the security of its potential passengers. 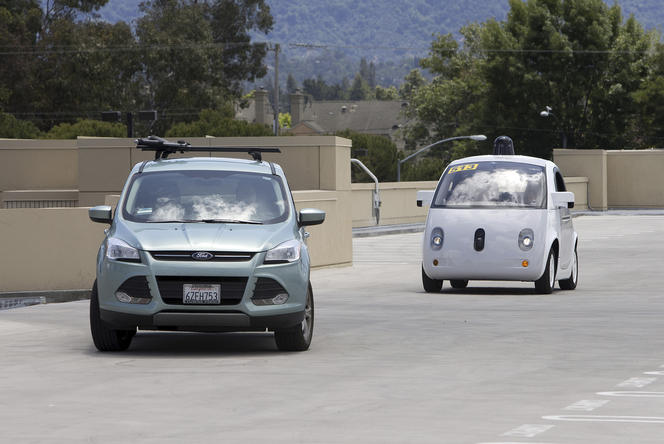 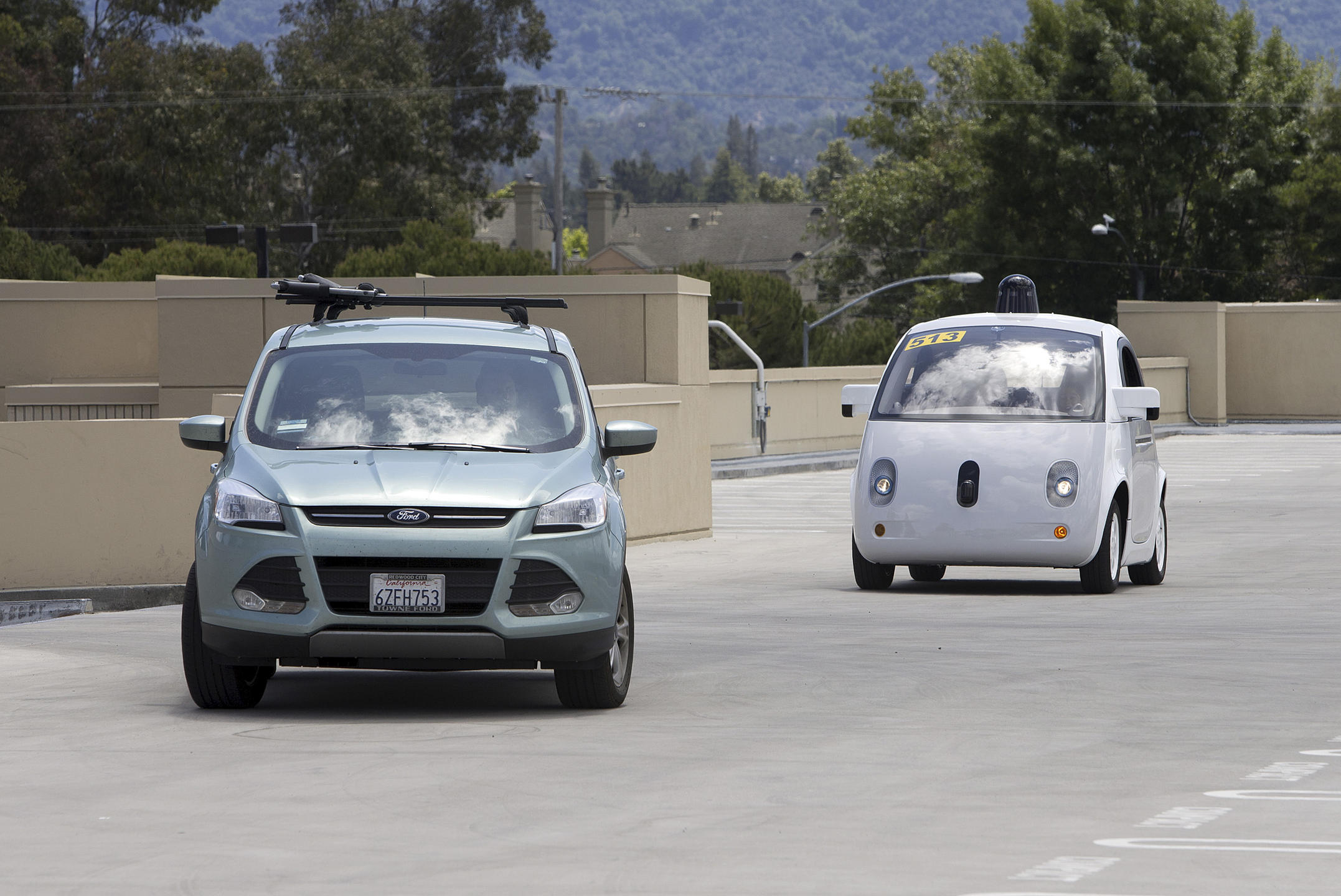 Like the diagnostic tool developed for planes, Studnia’s work aims to teach the car’s computer system to detect intrusions. “The issue is to determine, among all the messages circulating, those that are legitimate and those that are not.” A software probe connected to the computer network that manages the car’s different functions—brakes, steering, dashboard display, communication systems—will give it a kind of “immune system that detects symptoms of illness,” in this instance the differences bet- ween the normal state of traffic and an anomaly. Yet at this stage, there is no mention of combatting the intrusion itself: “It’s already something to detect the problem and alert the driver,” admits Studnia. “It is only a first step, we can then think of countermeasures, such as blocking data or forcing the car to stop.”

But whether it is to protect a connected car or an aircraft, Benzekri, Owezarski, and Studnia will tell you the same thing: manufacturers should stop using “commercial solutions developed for the Internet,” i.e., the widely-available universal devices known as COTS (short for “components off the shelf”), which are then adapted to one’s specific needs—and thus all the more hackable. There is no doubt in the researchers’ minds: rather than favor the low cost of such software, it is essential to revert to “techniques and instruments specifically developed for aviation” or the automobile sector. This is the only way, as Owezarski says, “to be a step ahead of the hackers, for once.”

Simon Castéran is a journalist with a passion for science. For several years, he has devoted himself to the popularization of science, especially in the field of astronomy, space exploration, and exobiology.

Opinion
Does Big Data Cause Pollution?