One of the great predators, the lynx, is back on the European continent.
Juan-Carlos Muñoz / Biosphoto
Share
Share
Is science doing enough to help protect the environment? Following a detailed analysis of 13,000 publications on the subject, the answer is yes. A retort to those who believe that conservation biology, a discipline that studies biodiversity and offers solutions to stop the current crisis, is disconnected from reality, and often not compatible with human activity. Study co-author Laurent Godet explains.

You have just co-published with Vincent Devictor1 a vast bibliographical analysis of the scientific literature devoted to conservation biology,2 a discipline that studies biodiversity and offers tools to monitor the current crisis. What were your motivations?
Laurent Godet:3 Conservation biology is a young discipline, for which there are few genuine syntheses of the knowledge that has been produced. But being a discipline whose main objective is to find measures that can slow or even stop the biodiversity crisis, and considering the latter is only accelerating, we need to pause and reflect on the discipline's overall effectiveness. Hence our idea to take stock of the results it produced over the last 15 years.

Especially given that conservation biology is currently drawing criticism, including from within the academic world?
L. G.: According to its detractors, our discipline provides nothing but counter-productive pessimistic messages, its tools are ineffective, and it is interested only in tropical biodiversity hotspots, far from the geographic areas where most humans live. In a word, we're disconnected from reality, and incapable of proposing solutions that integrate socioeconomic issues. Our study is therefore also a response to this unfounded litany.

Concretely, how did you proceed?
L. G.: We reviewed the 12,971 articles published between January 2000 and February 2015 in the nine journals in which conservation biologists primarily publish. More precisely, we classified these publications in three categories according to whether they focused on the state of biodiversity, threats to biodiversity, or solutions to contend with its decline. We then classified the publications in the first category according to their findings, whether good or bad, of the species or ecosystem being considered. Within the second category, the subdivisions appeared by themselves, reflecting the different causes behind the decline of biodiversity. Finally for the third, we highlighted the range of proposed conservation solutions, and analyzed the relevance of each one.
We also classified, in a fourth category called “other,” publications that were not about empirical studies: opinions, debates, controversies, along with epistemological, theoretical, and methodological articles, etc. This group included 76% of the articles in our initial corpus, and at the very least reflects the dynamism and non-monolithic character of our discipline. 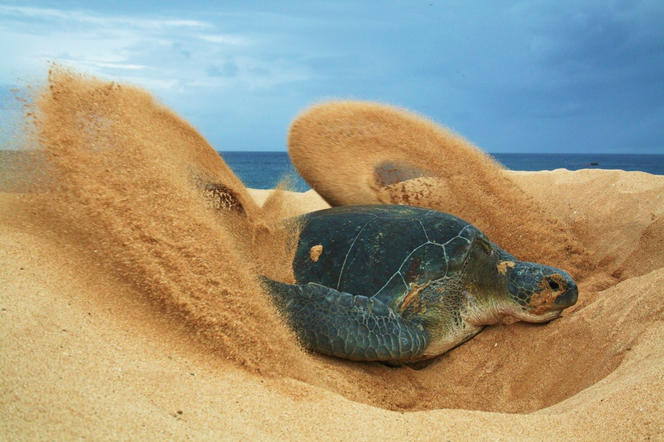 The green turtle "Chelonia mydas" on Ascension Island, its largest nesting site in the South Atlantic. A successful example of conservation measures: after adding it to the protected species list and banning its trade (which decimated its populations), laying on the island increased six fold between 1977 and 2013. 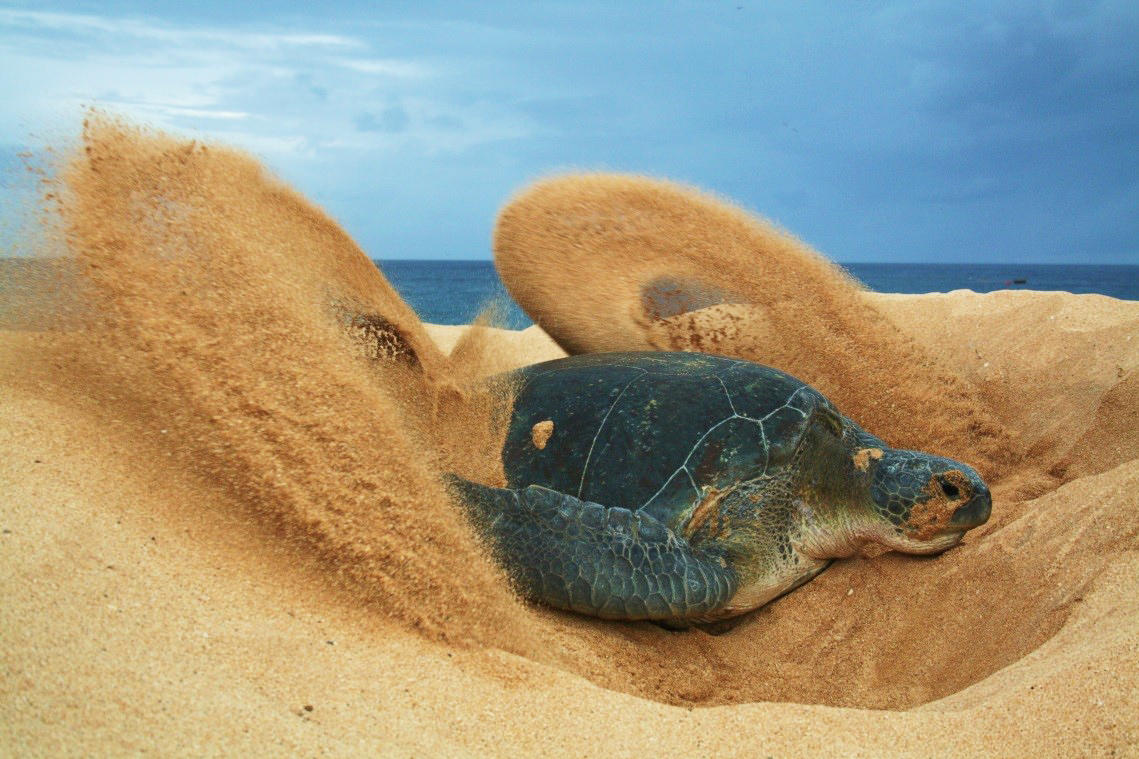 The green turtle "Chelonia mydas" on Ascension Island, its largest nesting site in the South Atlantic. A successful example of conservation measures: after adding it to the protected species list and banning its trade (which decimated its populations), laying on the island increased six fold between 1977 and 2013.
Dr. Sam B. WEBER/University of Exeter
Dr. Sam B. WEBER/University of Exeter
Share
Share

What are the main results of your study?
L. G.: Let us begin with the 1,050 articles we recently listed that focus on evaluating the state of health of a species or an ecosystem: 125 concluded that the state was bad, 767 that it was potentially bad, 147 that it was good, and 11 that it was potentially good. From this point of view, the bibliographical analysis is clear: our planet is currently experiencing a major environmental crisis that will continue to worsen. For all that, within this overall negative picture, the scientific literature also mentions positive situations, especially in Africa, South America, and Europe. For instance, we can mention the spontaneous return on the European continent of large predators such as the wolf, bear, lynx, and wolverine.

Of course we need to nuance this analysis, particularly because our study only covers the last 15 years. In Europe, where anthropization is massive and long-standing, the only species and habitats that survived are those that were able to face this pressure. We are in fact only evaluating the health of these “last survivors.” In other words, a comparable study covering the last 500 years would, on the contrary, have shown a massive biodiversity loss, especially of mammals and birds. Be that as it may, it appears that the conclusions of conservation biologists are far from unanimously pessimistic. They are not more optimistic, but simply factual and realistic, emphasizing the ongoing degradation of biodiversity on a global scale.

Have we clearly identified the  causes of this degradation?
L. G.: Absolutely. Our study shows that the literature of the last fifteen years documents very precisely what we have known more broadly for over 30 years: that the primary threats to biodiversity are habitat fragmentation, overexploitation of resources, the introduction of invasive exotic species, and finally chain extinctions resulting from the first three factors. What must be added today is climate change, which destabilizes natural environments even more. From this point of view, it is quite simply dishonest to cite a lack of knowledge as an argument for endlessly delaying the implementation of conservation measures.

But according to detractors, the drop in biodiversity is more a sign of the ineffectiveness of the conservation measures implemented by conservation biologists…
L. G.: Let’s just look at the facts: with regard to protection, the majority of studies focus on protected areas. Among these publications, 90 mention a success, as opposed to only 18 that report a failure. The keystone of conservation measures is therefore effective.

Are these areas compatible with human activity?
L. G.: Some will say that protected areas amount to putting nature under an invisible dome, which means that they are completely out of step with socioeconomic constraints. But today, this is far from true. For example in metropolitan France, only 100 km2, representing 0.02% of the territory, are protected by the Réserve biologique intégrale (RBI) label, which forbids any form of human activity. With respect to complete reserves within national parks, of which there are two, they never saw the light of day. Conversely, the vast majority of protected areas, of which there is a broad range, include human activity. This is the case for national and regional natural reserves, as well as for all regional natural parks, where preservation of the environment goes hand in hand with agropastoralism and tourism.

For that matter, beyond the question of protected areas, it’s very important to note that our study highlights a very large spectrum of conservation solutions. For instance, second place is held by studies that focus on what is called “integrated” management of territory, in which the environment and human activities go hand in hand, often through agro-environmental measures. In our review of the literature, it is this category that presents the highest number of conservation experiments. So this is very far from a conservation biology that focuses only on nature, without its human component. We can cite the large amount of research on the reintroduction of species. For instance in Europe, multiple bird species have been reintroduced with great success, such as the griffon vulture in the Cévennes mountains. Or experiments in environmental restoration, in which loosening the “human grip” has quite often had positive and rapid effects on floral and faunal communities. This is the case in Finland, where the act of stopping the channeling of a waterway led to a return of communities of aquatic invertebrates in only a few years. In all, we identified 14 different types of conservation measures. 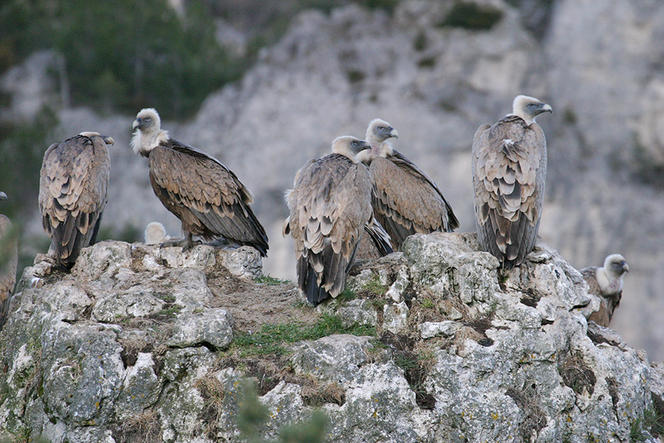 These Griffon vultures "Gyps fulvus" were reintroduced around the Causse Méjean limestone plateau in France in the early 1980s, following their decimation by hunting or poison. This conservation program was also successful, as the colony now has over 130 breeding pairs. 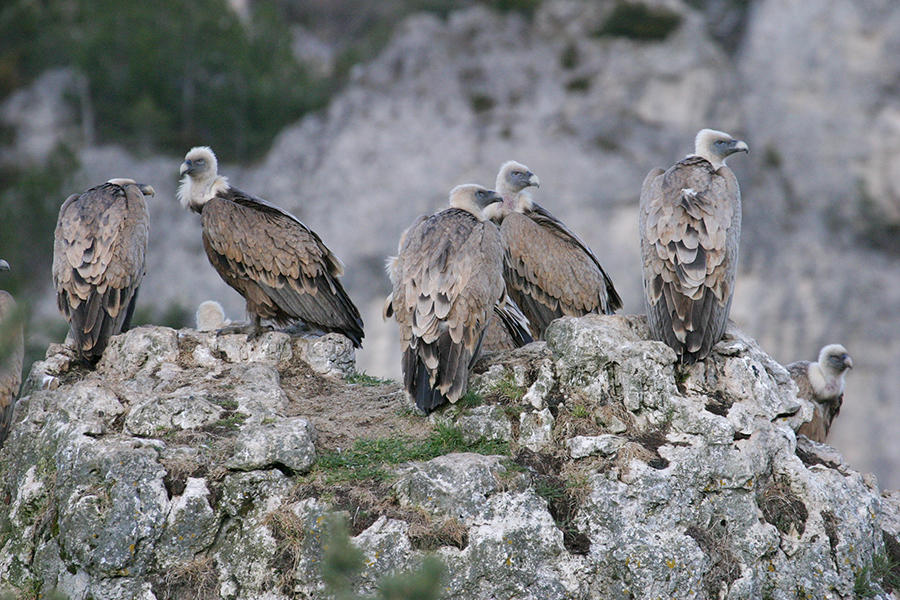 These Griffon vultures "Gyps fulvus" were reintroduced around the Causse Méjean limestone plateau in France in the early 1980s, following their decimation by hunting or poison. This conservation program was also successful, as the colony now has over 130 breeding pairs.
François SARRAZIN/CNRS Photothèque
François SARRAZIN/CNRS Photothèque
Share
Share

Are there also failures?
L. G.: Yes, of course. 40 studies report on the inadequate implementation of protected areas. Similarly in the Netherlands, a body of research has demonstrated the ineffectiveness of agro-environmental measures for safeguarding prairies favorable to birds. This is why it’s important that specialists come up with a wide array of conservation solutions that illustrate an absence of dogmatism in biology conservation, and that consider the economic and social constraints, as well as environmental priorities.

Solutions therefore exist and often test positively. Why then the continued erosion of biodiversity?
L. G.: Our analysis shows that there are a number of sustainable solutions that are compatible with human activity. But in environmental matters, we are contending with policies that only take small steps and are woefully inadequate. While most proposals by scientists are at the minimum level with respect to environmental interest, they are often gutted of their substance in compromises that do not make much sense. Let’s look at the corncrake, a bird that nests in humid prairies, which are very often mowed down in France. Agronomic requirements often impose an early mowing, whereas given that this species nests on the ground, a later mowing is needed to avoid destroying the eggs and chicks. The result is regulations that often require mowing at an intermediate date, which solves absolutely nothing.

What should be done?
L. G.: Accept that there can be opposition, conflict, and difficult decisions. Concretely, saving biodiversity imposes choices that are not always favorable to resource exploitation. Our study demonstrates that scientists are doing their work. It’s now up to politicians to do theirs.

Article
Of Wolves, Deer and Men

Article
The Birth of Color Photography