Seabirds Starve while Fisheries Fill Up

Seabirds Starve while Fisheries Fill Up

This Northern Fulmar cruises the Barents Sea under the midnight sun, just outside Franz Josef Land (Russian Arctic). Its uncertain fate is emblematic of a vanishing world seabird community challenged by global changes, including industrial fisheries.
David Grémillet
Share
Share
Warning bells sound as a global study trawls through 40 years of data and highlights the losing battle that seabirds are fighting against industrial fisheries.

Think of the ocean and seabirds will inevitably come to mind. The reality, though, is that fewer and fewer of them are coming into sight. Since 1950, global seabird numbers have plummeted by 70 %—and humans are largely to blame. The activity of industrial fisheries, in particular, has been snatching food away from the mouths of seabirds and placing their communities at risk. But how exactly this competition between fisheries and seabirds has been playing out on a global scale had not been established—until now. Researchers representing the CNRS, the University of British Columbia and the University of Aberdeen joined forces to map out, for the first time, the evolution of this competition worldwide from 1970 to 2010.1 Their sobering findings pinpoint the regions where competition has escalated, and call attention to a battle in which we all risk losing out—not just seabirds.

Despite garnering some earlier research attention, the competition between seabirds and fisheries is an issue that is far from fully explored. Prior studies have favored certain regions while overlooking others, namely tropical areas. Alternatively, the timeframe covered has remained limited: the only previous global study confined its findings to the 1990s. To fill in this gap, the international team took on the complex, large-scale task of comparing global figures on seabird consumption versus fishery catches over a 40-year span which, for comparison’s sake, they split into two periods—1970-1989, then 1990-2010. “Global fishery catches more than doubled between Era 1 and Era 2, so the timeframe seemed ideal for testing their impact on seabirds,” explains the study’s lead author David Grémillet, a biological oceanographer from the CEFE.2 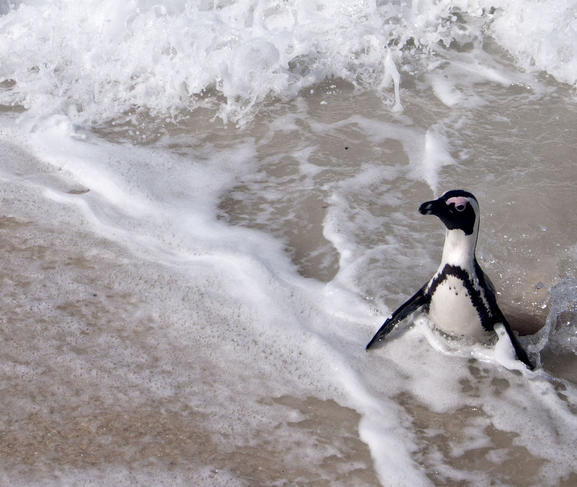 The African penguin, the only penguin species breeding on the African continent, is facing rapid population decline potentially leading to its extinction within the next few decades. As many of the world’s seabirds, this charismatic species competes with industrial fisheries for scarce sardine stocks. 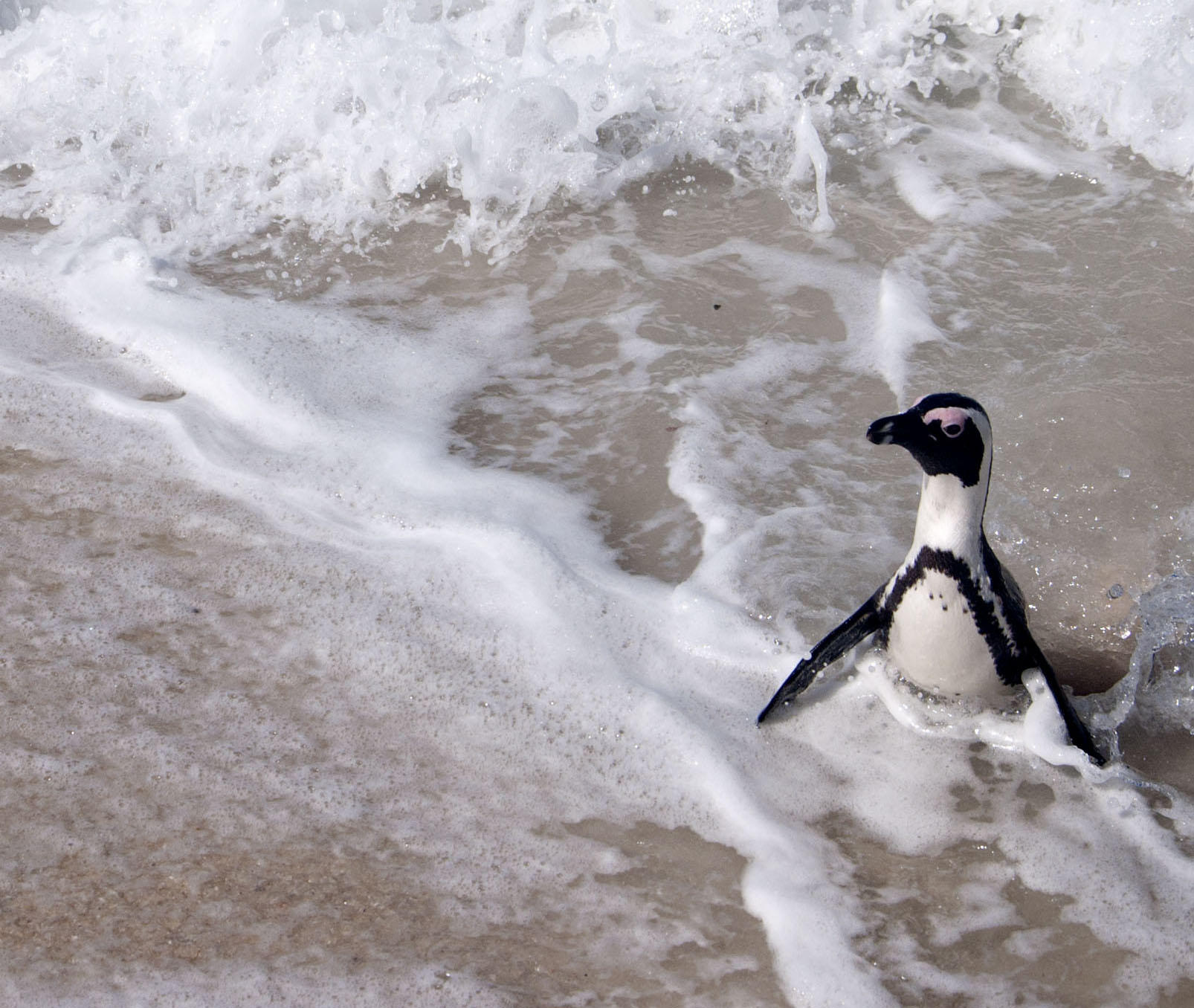 The African penguin, the only penguin species breeding on the African continent, is facing rapid population decline potentially leading to its extinction within the next few decades. As many of the world’s seabirds, this charismatic species competes with industrial fisheries for scarce sardine stocks.
David Grémillet
David Grémillet
Share
Share

The scientists fed their analysis with global seabird and fishery data collected by the Sea Around Us, an international research project set up in 1999 to monitor the impact of fisheries on marine ecosystems, and headed up by two participants in the present study, Daniel Pauly and Deng Palomares, both from the University of British Columbia. “The Sea Around Us has been patiently building up its databases over 15 years, but seabird and fishery information had never been related to assess worldwide competition between the two parties,” notes Grémillet. The idea of making this link came to the oceanographer through his field observations in Europe and South Africa. He recalls his “frustration at seeing seabirds starved by fisheries,” prompting him to wonder “whether this was a localized phenomenon or something more global.”

The ensuing study would require three years of “colossal teamwork,” the key challenge being, Grémillet specifies, “to handle data for a billion seabirds within a database containing millions of lines, and then to overlap this information with an even larger amount of data on the fisheries side.” In this way, taking into account 0.53 billion birds in Era 1 and 0.47 billion in Era 2, the team used biogenetic modeling methods to quantify, on the basis of known bird diets and caloric intakes, the volumes of food the animals consumed per unit area and per time period. Then, for these same areas and time periods, the scientists calculated the potential seabird food netted by fisheries. Finally, by aligning this data, the scientists succeeded in “calculating a competition index for each area in the world ocean across 1970-2010.”

The long and the short of it? Not only are the world’s seabird populations dwindling, but fishery competition is in no way slackening, even toughening up in certain areas. Grémillet borrows his colleague Daniel Pauly’s image of “a hole burning through paper” to describe the worldwide spread of fisheries. The CEFE researcher goes on to suggest that rising competition in the Southern Ocean can be put down to it being “one of the last marine regions to be invaded by fisheries." Meanwhile, overfishing is also stiffening competition in areas such as the Asian shelves, the Mediterranean Sea, the Californian coast and the Norwegian Sea. “You have more and more fishing effort for less and less potential seabird prey, consumed by fewer birds,” comments Grémillet. “The noose is tightening around seabirds—I find this terrifying.” 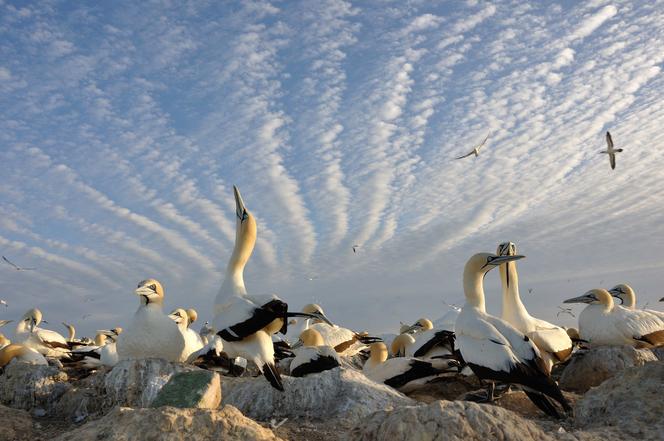 It takes a lot to starve a gannet, but competition with fisheries is accelerating the decline of a Cape gannet population endemic to the Benguela upwelling off Southern Africa. This highly productive marine ecosystem, once home to millions of seabirds, is seriously challenged by global changes, including the industrial harvest of small pelagic fish transformed into fish meals used to feed aquaculture fish and poultry. 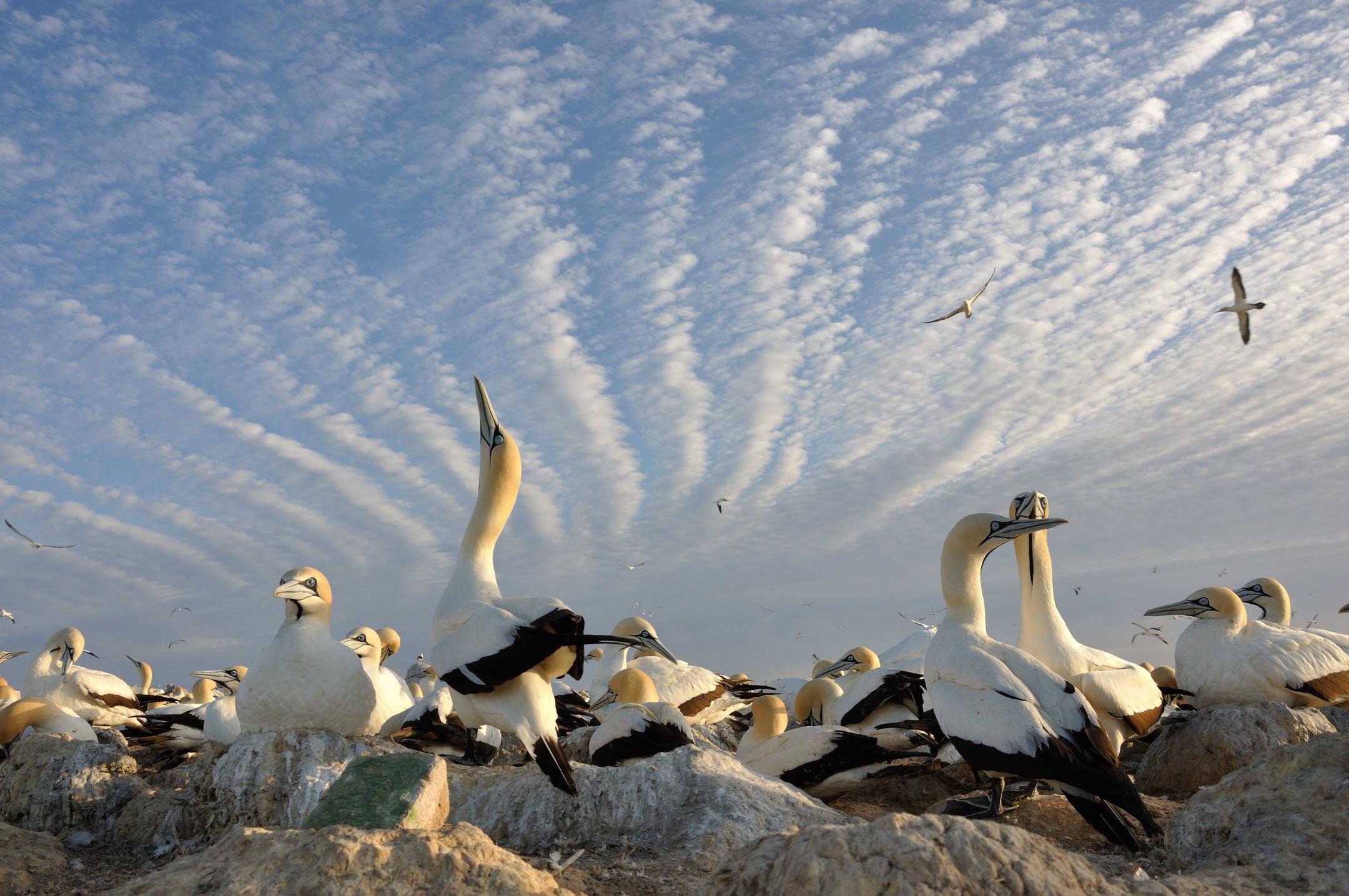 It takes a lot to starve a gannet, but competition with fisheries is accelerating the decline of a Cape gannet population endemic to the Benguela upwelling off Southern Africa. This highly productive marine ecosystem, once home to millions of seabirds, is seriously challenged by global changes, including the industrial harvest of small pelagic fish transformed into fish meals used to feed aquaculture fish and poultry.
David Grémillet
David Grémillet
Share
Share

Even if the team’s study signals a marked decline of penguins and terns, the fishery threat hangs over the world seabird community as a whole, today “the most threatened of all bird groups.” And sadly, industrial fisheries aren’t the only ones to blame for the seabirds’ fragility. Grémillet lists other menaces that are part of the picture: “breeding-habitat destruction and disturbance, invasive predators like rats and cats, and also pathogens. Seabirds also face the consequences of climate change, on land and at sea, as well as chemical and plastic pollution. Seabird bycatch by fisheries hasn’t been eradicated either. It all adds ups.”

Importantly, the shrinkage of these populations isn’t disastrous for seabirds alone, but has far wider consequences. The CEFE oceanographer elaborates: “When you lose seabirds, you necessarily lose marine-ecosystem functionality. Yet this goes even beyond ecology. Seabirds are central in human cultures around the world: when we lose seabirds we lose an irreplaceable heritage—creatures which have inspired every single maritime society since the dawn of humanity, by bridging the mysterious gap between us and the sea.”

Keeping track of the damage fisheries are doing to seabirds is one crucial way in which the team is raising an alert on the need to protect this wildlife through “proper enforcement of fishing regulations, including quotas and no-take zones.” Having translated the troubling impact of seabird-fishery competition into figures, the scientists now envisage further honing their approach to fine-tune their results. “We’d like to use seabird-tracking data to better define their distribution ranges across the year cycle,” says Grémillet. The team also hopes to explore “more accurate ways to estimate seabird food requirements” and to expand the data used “to include even the world’s most elusive seabirds.”

Article
Biomechanics off to a flying start in BMX racing
Environment