MiGriBot holding a part for a mechanical watch, a jewel bearing measuring 150µm on its side.
Université de Franche-Comté
Share
Share
It is an event that has shaken up the small world of robotics: a nanorobot named MiGriBot (Miniaturized Gripper Robot) just broke the world speed record for object manipulation. Behind this achievement is a French team led by Redwan Dahmouche.

Fast as lightning, flexible as a real hand, and capable of surgical precision, MiGriBot can grasp and move a micro-object almost 720 times per minute, or 12 operations per second! The microscopic robot operates with an accuracy on the order of the micrometre, or a millionth of a metre. This invention has placed the RoMoCo research team at the forefront in the field of nanotechnology.

With over 4.2 trillion dollars1 in global spending in the computer industry in 2019, microelectronics has emerged as a major player on the industrial market. However, Europe only represents 9% of the production of electronic components.2 Today billions of products contain microcircuits, including smartphones, computers, PLCs, and other programmable objects in our everyday world. This colossal industry now requires highly-complex assembly processes (a single smartphone is made up of 500 components!) that entail increasingly rapid production rates.

“The techniques currently used in robot mechanics are costly, and there is much room for progress in terms of time and precision,” explains Redwan Dahmouche, associate professor at Université de Franche-Comté3 in central eastern France, and the inventor of MiGriBot. “Harvard University unveiled MiniDelta in 2018, but it could not grasp an object. In 2020, the University of Tokyo achieved this feat, but its robot could only perform 72 operations per minute. The challenge was therefore to work on these criteria, in order to have a compact, fast, and precise robot.”

MiGriBot, the fastest pick and place robot in the world

To do so, the researchers first had to find suitable components. The robot's exceptionally flexible mechanical arms are made of polydimethylsiloxane, a chemical compound that is also present in oils and some rubbers. Depending on the material's density, this polymer (assembly of macromolecules) can assume different shapes ranging from an organic microfluid to a texture akin to gum. Such elasticity helped lighten the structure, thereby accelerating motricity in the handling of objects. Yet speed and precision are not just a matter of material, and what sets this model apart is its structure.

Large and medium-sized robots (from a few dozen centimetres to several metres), as well as the microrobots used in industry, are usually built according to a serial architecture. All of the elements making up the mechanical arms are assembled in series. Each element (including the “actuators” or micromotors) is placed one after another, which considerably limits the device’s speed of action.

In this case, the robot was built using what is known as “parallel” architecture: “In general, robots combine multiple systems. For instance, the gripper is always added independently, representing a separate link within the overall chain. But here all of the elements form an integral part of the same system.” MiGriBot's actuators are all connected to the robot's base. As a result, the joints respond much faster, enabling much better coordination among the different parts. 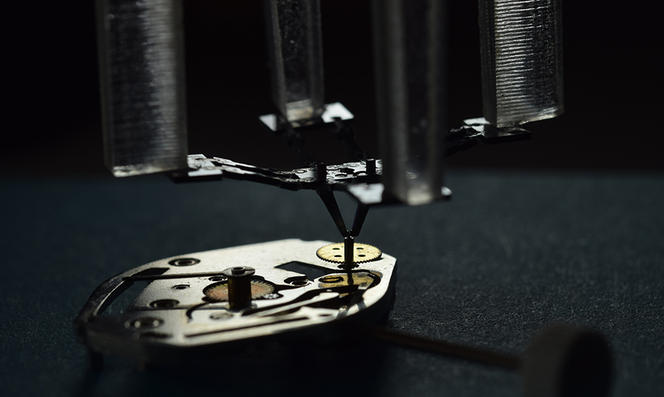 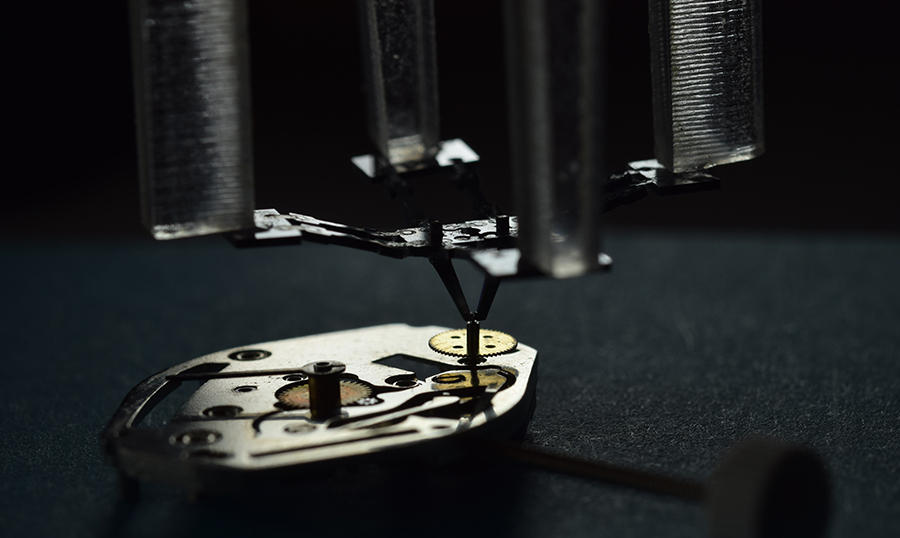 “What is original about this robot is its architecture, which we entirely redesigned with a view to applying the specifications on this scale.” This enables production based on the same methods as traditional microelectronic models, offering the possibility of producing dozens and even thousands of MiGriBots on an assembly-line.
Dahmouche's team intends to go all the way: “eventually we would like to produce microfactories that can assemble the most complex structures in microelectronics. It is not just a question of profitability. The possibility of having thousands of microrobots in the same square metre performing millions of operations per minute would considerably reduce energy consumption in manufacturing processes.”

While this achievement is first and foremost a response to market demand, it could also be used in many other areas, its inventor points out. “We already have revolutionary technologies for micro- and nanosensors that can detect highly-toxic chemical substances in certain environments, or cancerous cells in organisms. However, such capacities require specific assembly processes.” On this scale, the nanorobot could manipulate and sort different cells during the detection process.

Notwithstanding all these capabilities, a crucial challenge must nevertheless be met for these highly-promising micro-arms. Researchers must now focus on energy consumption and electronic waste (estimated at tens of millions of tons per year). “Today we are studying the longevity of this model. We do not yet have enough hindsight to identify the robustness or durability of such robots, but we must ensure that this technology avoids the shortcomings of obsolescence.”

Kyrill Nikitine is a freelance writer and journalist. He writes for Télérama, Science & Vie, La Revue des Deux Mondes, We Demain, and Le Débat Gallimard.
He is the author of the story Le Chant du derviche tourneur (2012).

Video
The Smallest Car Race in the World