Jean-Marie Tarascon, laureate of the 2017 CNRS Innovation Medal.
Frédérique PLAS/UMR8620/CNRS Photothèque
Share
Share
On October 3, the Israeli government awarded the 2017 Samson Prize, Israel’s highest distinction for innovation, to Jean-Marie Tarascon, Professor at the Collège de France, director of the CNRS Research Network on Electrochemical Energy Storage (RS2E), and a pioneer in the field of lithium-ion batteries.

Jean-Marie Tarascon does not lack intuition. Having spearheaded research on lithium-ion batteries, this innovator has been striving to solve the thorny technological challenge of inventing new, more efficient, ecological, and safer solutions for storing energy in an effort to manage the planet's energy resources more sustainably. He currently holds the “Chair de Chimie du Solide et Energie” at the College de France, and contributed to shedding light on the reaction mechanisms of lithium, the synthesis of new materials from electrodes and electrolytes, and the development of new configurations for batteries.

Everything began in the US in 1983, when the young researcher joined Bell Labs (New Jersey) after his thesis. He quickly moved on to Bellcore, its telecommunications subsidiary, where he conducted basic research in the highly competitive field of high-temperature superconductors for seven years. Things changed in 1989 after the Loma Prieta earthquake in California. "The catastrophe highlighted the inadequacy of the lead accumulators used in telecommunications. Instead of the eight hours of autonomy initially announced, the batteries lasted only an hour, a real problem in emergency situations." 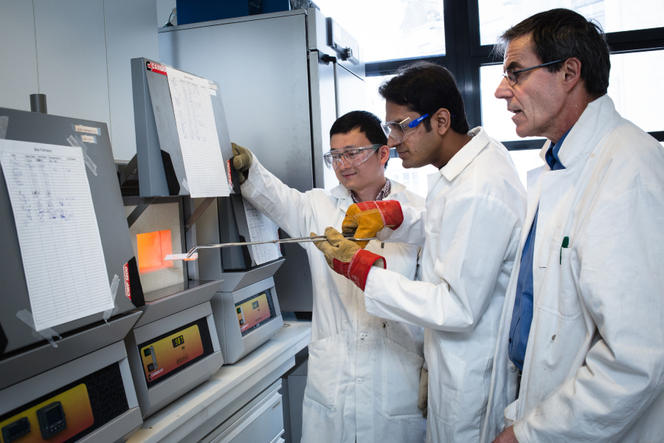 For over 25 years, Jean-Marie Tarascon and his team have been developing energy-efficient, safe and environmentally-friendly energy storage solutions. 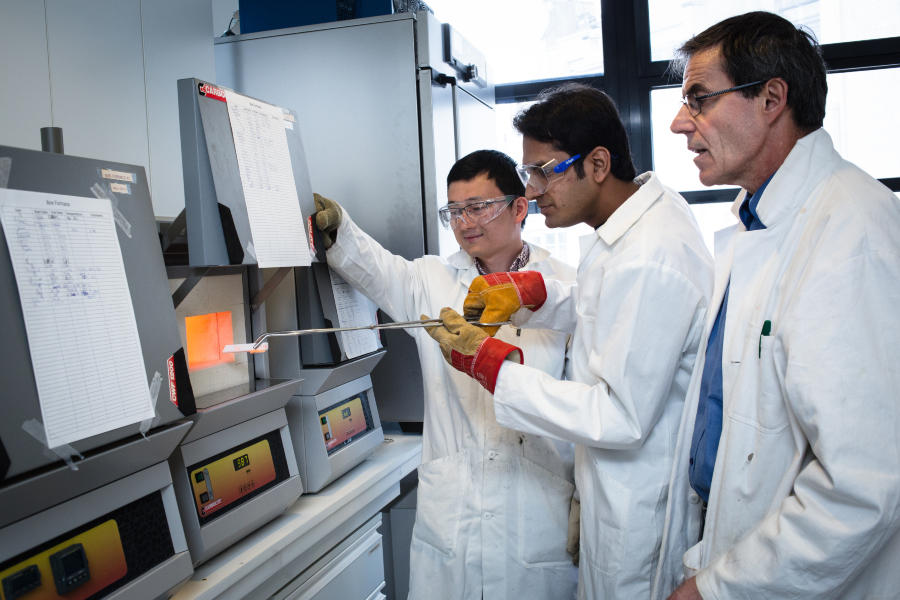 Bellcore decided to realign its research accordingly, and Tarascon became head of a group devoted to energy storage overnight. He switched to electrochemical storage and explored new avenues related to lithium batteries. Four years later, the team developed the first plastic lithium-ion batteries. In 1995, he returned to France and became director of the Laboratoire de réactivité et chimie du solide1 in Amiens (northern France). Under his leadership, this laboratory specialized in materials opened up its research to the electrochemistry of solids.

With the rise of sustainable development, Tarascon became interested  in the design of new electrode materials based on abundant chemical elements Fe, Mn, Na, sulfates, together with their elaboration processing steps via eco-efficiency processes. In 2011, based on the principle that "innovation can only emerge from discussion and collaboration," he created the RS2E, a network that brings together 17 academic laboratories, three research centers in industrial technology, and numerous industrial players "in order to transform an idea into a product in record time with the best possible synergy." For example, owing to his input and vision, the RS2E was behind the first 18650 sodium-ion battery, which offered the same performance as the first lithium-ion cells, but at significantly lower cost. The prolific researcher, who still fulfills many duties, has kept the same taste for discovery and knowledge sharing as when he started his career. "What I like most is being in my laboratory, conducting experiments with young researchers—hoping to get results, just like a child."

Tarascon received the CNRS Medal of Innovation this year, and has now been recognized on the international stage for his overall research on batteries. Each year the "Eric and Sheila Samson Prime Minister's Prize for Innovation in Alternative Fuels for Transportation" is awarded to two researchers for their innovative scientific contribution towards the development of alternative energy sources for transportation. Established by the Israeli government and Eric and Sheila Samson, a couple of philanthropic entrepreneurs, the innovation prize is one of the most generous in the world. Previous winners include famous figures such as Michael Graetzel (dye-sensitized solar cells), John Goodenough (cathodes for Li-ion batteries), and Mercouri Kanatzidis (thermoelectrics). This year's joint award winner is Jens Nielsen,2 Professor of Biology at Chalmers University of Technology, in Sweden.

Article
First-ever physical model consistent with the history of the...
Energy