Home / Articles / Harvesting Energy for the Internet of Things

Harvesting Energy for the Internet of Things

Home / Articles / Harvesting Energy for the Internet of Things

Harvesting Energy for the Internet of Things

ipopba /Stock.Adobe.com
Share
Share
Whether mobile or far from any electrical outlets, the wireless sensors that form the Internet of Things have specific needs. By harvesting ambient energy – thermal, mechanical or luminous – they can provide their own power supply.

Ever smaller and loquacious, electronic devices now form genuine networks of communicating objects. Called the Internet of Things (IoT), this connectivity is growing exponentially, developing beyond smart home applications to encompass all sectors of activity: transportation, manufacturing, medicine, defence, aerospace… There are now an estimated 50 billion connected objects in the world, accounting for a market of around $500 billion per year.

How are these objects powered? Where do we plug in a pacemaker or a tracking device attached to a whale’s back? With energy harvesting, power can be sourced directly from the immediate environment. “We try to operate these devices without using batteries, which need to be changed regularly,” explains Romain Bachelet, a CNRS researcher at the Lyon Institute of Nanotechnology (INL).1 “So they must be able to collect their own energy and the energy around them, and convert it into electricity.” In addition to recuperation, energy harvesting entails the conversion (or transduction) of energy from one physical signal to another, usually electrical. Electricity is thus obtained from a wide variety of ambient sources, which can be mechanical (vibratory, pressure variations), thermal (temperature variations or differences), luminous (photovoltaic), (electro)-magnetic (radio frequency), etc. A specific component, called a transducer, is required for each of these sources.

While attaching a solar panel to an off-grid device like a radar speed gun or video camera in the remote countryside seems quite straightforward, energy harvesting usually involves smaller, more energy-efficient systems. “We are dealing with very low power levels, from a microwatt to a milliwatt,” says Elie Lefeuvre, a professor at the Université Paris-Saclay and a researcher at the Centre for Nanoscience and Nanotechnology (C2N ).2 This restricts current applications to the powering of objects that consume very little energy or that operate and communicate intermittently, like IoT wireless sensors. “The transmission of information from one sensor to another is what requires the most energy, but it only takes a few milliseconds alternating with off times which, depending on the application, can range from a few seconds to several minutes,” Bachelet notes.

The first consequence of using such small amounts of energy is that even the slightest loss must be avoided. “Most of the problems arise at the interface with the transducer, which needs to improve efficiency without consuming more energy than it delivers,” Lefeuvre points out. “Harvesting captures low-level energy, but the voltage can be relatively high. Conversely, transducers provide a steadier current, but with very low voltages.”

Various threshold effects can result in incapacitating energy loss, which must be overcome through the development of improved microelectronics. Then comes the question of how to store energy harvested from intermittent sources in order to power an application that is itself intermittent. Each system needs its own solutions. “A medical implant has the advantage of a known and stable ambient temperature, whereas objects that are used outdoors can be subjected to extreme climatic variations,” Lefeuvre points out. “And energy storage systems are highly sensitive to these types of changes.”

One of the scientist’s research fields is mechanical energy recuperation for medical implants. Although a pacemaker does not consume much energy, its battery has to be replaced eventually, which requires surgery. Harvesting the energy of the vibrations produced by the heartbeat could lead to the development of much longer-lasting devices. This would mean adapting the transducer to the very specific conditions of the frequency and amplitude of heartbeat, illustrating one of the major obstacles of energy harvesting: each situation must be thoroughly analysed, not only to choose the best energy source but also to adapt the transducer and the electronics to the available power levels. A viable source may thus be intermittent or highly variable. 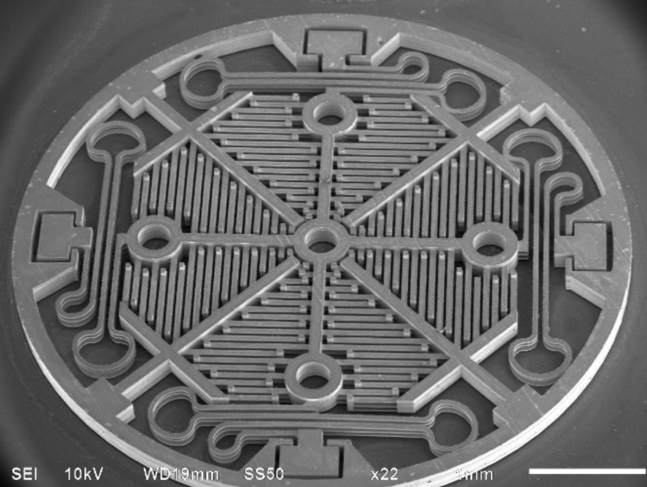 Additive micro-manufacturing by the electrodeposition of nickel (Ni). This microsystem, developed and produced at the C2N, harvests energy from the human environment. One practical application could be the collection of energy from the vibrations produced by heartbeat to power a battery-free pacemaker. 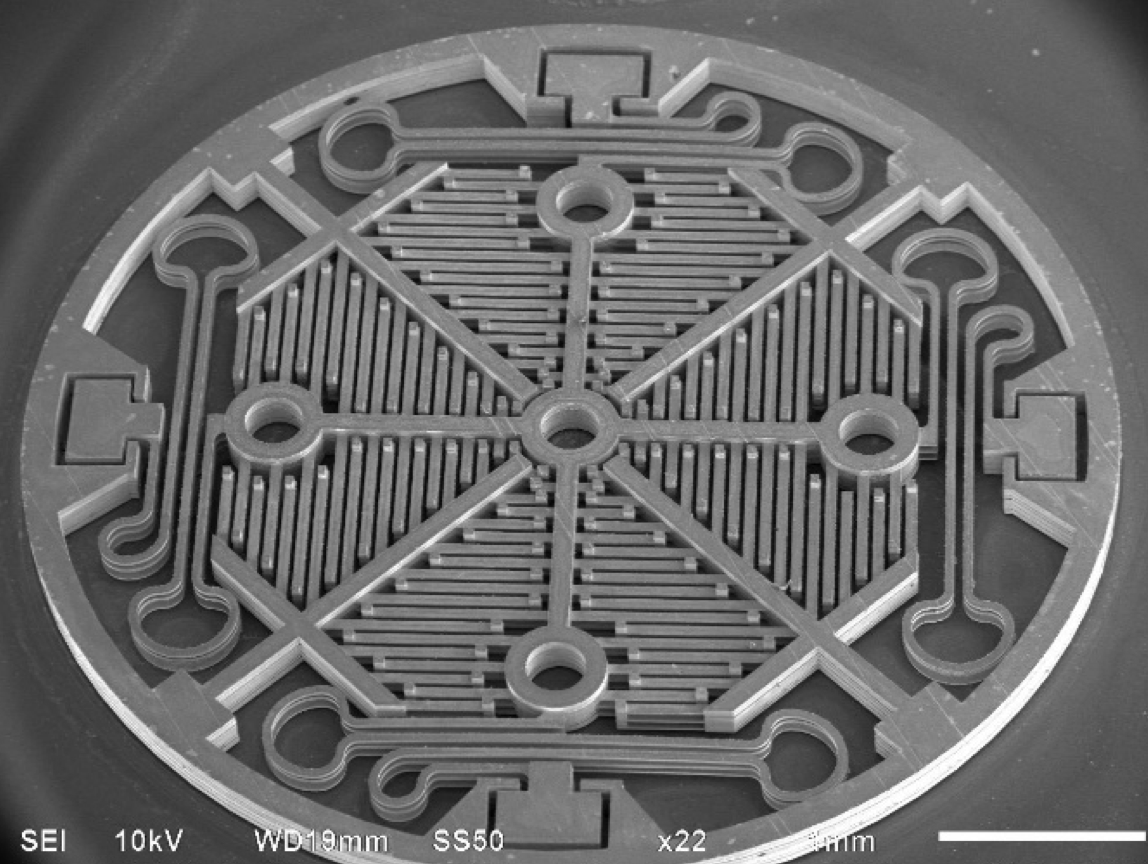 Additive micro-manufacturing by the electrodeposition of nickel (Ni). This microsystem, developed and produced at the C2N, harvests energy from the human environment. One practical application could be the collection of energy from the vibrations produced by heartbeat to power a battery-free pacemaker.
C2N
C2N
Share
Share

For this reason, energy harvesting systems cannot be mass-produced on a generic basis, which considerably increases their cost. In addition, the broad range of applications for the Internet of Things imposes a variety of restrictions on the components’ dimensions and design.

Another issue is that of energy density: how to achieve it and store it in the smallest possible space. “Every microjoule counts – there must be no energy loss,” Lefeuvre adds. “Meeting all of these challenges will involve materials science, microelectronics and electrochemistry. While the surfaces used cannot be reduced indefinitely, we are still far from the physical limits, which leaves enough room for progress to drive research.”

Indeed, these difficulties by no means prevent advances in this field, nor the development of multiple applications. In addition to his work on medical implants, Lefeuvre is investigating potential uses in industry and transportation. His current focus is on networks of monitoring sensors, for example to check whether a machine is overheating or to verify the soundness of a structure. He has designed a sensor system for observing the structural integrity of airplane wings in flight, powered by ambient vibrations. The sensors send out acoustic waves and communicate with one another to detect defects, which are then examined more closely after landing. 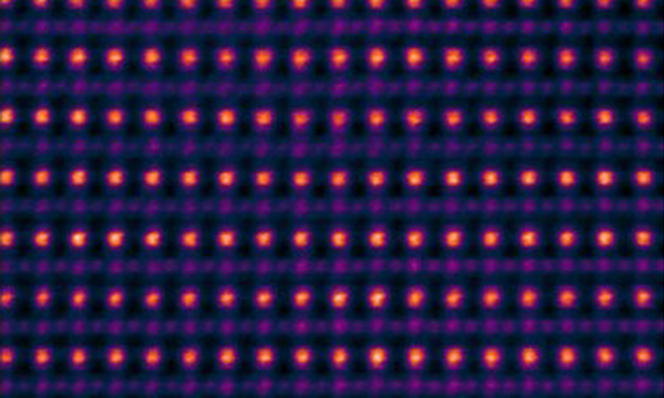 A transmission electron microscope image of a thin layer of thermoelectric oxide (lanthanum-doped strontium titanate) manufactured by molecular beam epitaxy at the INL. 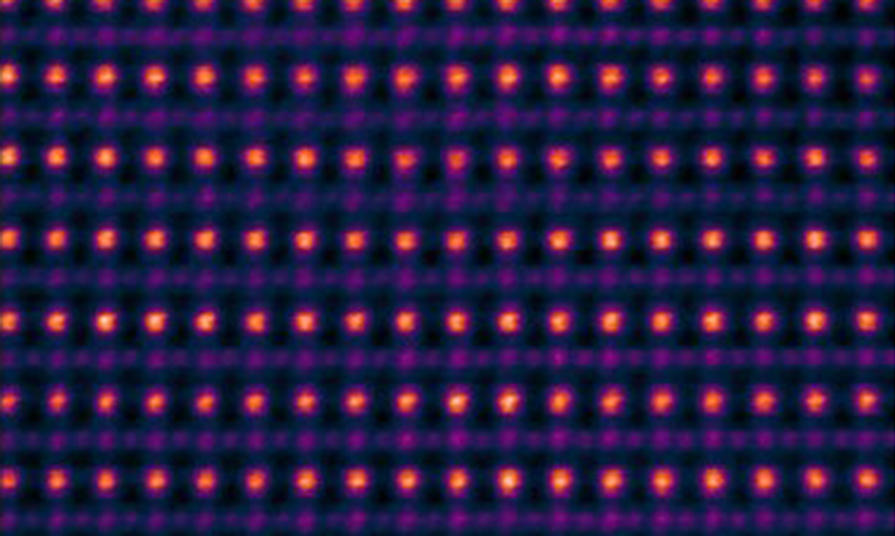 Energy harvesting is a vast research area with myriad applications. On 3 February, the CNRS hosted a conference on “Microenergy for the Internet of Things – harvesting, storage, transmission and management” during which Elie Lefeuvre, Romain Bachelet and their colleagues from various laboratories provided an overview of the current state of research.

See author's bio
Solar Orbiter Blasts Off for the SunPrevious
Tuberculosis Vaccines: France to Host the Sixth Global Forum in 2021Next